Despite this progress, there are still people who find it necessary to mind other people's business.  The disappointing tweets I saw over the weekend (none from my friends, of course) show the ignorance and insensitivity that is still out there.  I am not naive enough to think that there will never be hate in the world, but it sometimes seems more prominent because of Twitter, etc.   Fortunately what I always say holds true here too - even for all of the bad people in the world, there will always be more good people.  Or to say it another way, the love in the world will always overcome the hate.

I am happy the US Supreme Court handed down that decision, but really it has no effect on my own life, other than to create a more inclusive society to live in and for my son to grow up in.  For all the haters out there, maybe they should also realize that it has nothing to do with them either.  If you don't want to marry a gay person, no one is forcing you to, so get over it, and mind your own business.  Since Christian "values" are often the number argument against gay marriage, then maybe we should remember one of the most important ones (it's actually #2): "Thou shalt love they neighbour as thyself" (Mark 12:31). 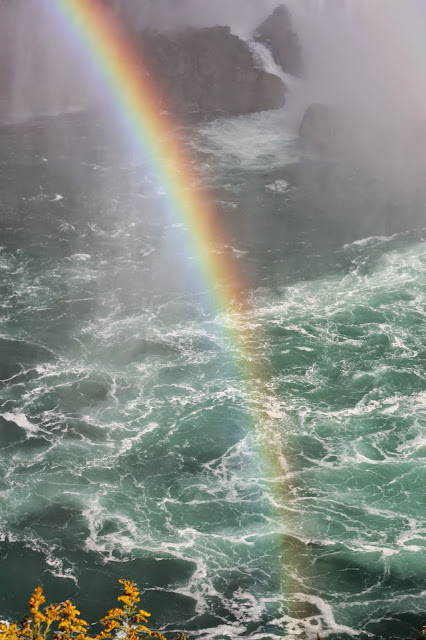 From Niagara Falls a couple of years ago.