Happy Birthday to Me!

It is my birthday today.  I am 34 years old.  I have always loved celebrating my birthday.  I'm not shy about telling people when it is my birthday, even strangers or clients.  I don't really feel bad about getting older because (here's a little secret), I still feel like I'm 23. 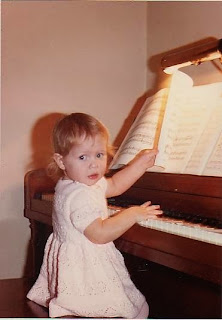 In celebration of my own birthday, here are 34 random things about me:

2. I only started drinking coffee on a regular basis after I had E.  I was a tea drinker before that.

3. I have been known to look up lyrics to rap/hip hop songs to memorize them so then I can properly sing along.  Changes by Tupac, Empire State of Mind by Jay Z to name a few.

4. I turn into this person when I am in the car, sometimes usually.  See the clip below. Caution explicit language.


5. I can nap pretty much anywhere. As if I ever have the opportunity to nap...

6. I always look at the menu to a restaurant online before I get there so I can pick out what I want before I get there.  And that thing tends to be the same thing at certain restaurants.  I hate being disappointed with my meal so I go for the sure thing.

7. My favourite playlist on Songza is The Ultimate 90s Party.

8. If you want to be talked into spending money while shopping and buying something for yourself you wouldn't normally buy, take me with you.

9. I quote some episode of Seinfeld at least once a day.

10. I have a mouth guard because I grind my teeth at night, but I always forget to put it in before I fall asleep.

11. I rarely drive the speed limit, but I have only been pulled over twice, and been given only one ticket. (knock on wood)

12.  I am not really superstitious, but I always say "knock on wood".

13.  Mint chocolate chip is my ice cream flavour of choice.

14.  I am a true Gemini - I have two personalities, and I don't hide either one.

17.  I try to send sympathy cards whenever I can because I know how nice it is to receive them.

18. I have never smoked a cigarette in my life.

19.  I still remember my library card number from when I was little, but it was only 4 digits so it's not that crazy.

20. My favourite shirt is my Kinesiology long sleeved T from Dalhousie.  I did 1.5 years of Kinesiology and I will say that getting that shirt was a highlight.  It is pretty ratty and not very white anymore, but I won't throw it out.

21.  I very rarely win raffle or door prizes.  I can almost remember all of the few times I have one...in grade one I won a keychain for a milk contest, in high school I won a 50/50 draw at the bowling alley, and in university I won a CBC mug for writing in to the science segment on Information Morning.  I'm sure there must be a couple more, but these ones stick out.

22.  I worked at Salty's Restaurant in Halifax while I was in university.  I was working there on 9/11 and we had people come in all day asking if we had a TV.  And then when everyone was grounded in Halifax, we sold many Salty's sweatshirts to people who didn't have their luggage.

24.  When I was living in Saint John, New Brunswick, during my articling year, someone was killed with sword a few blocks from my apartment.  It wasn't a random murder, but I still took a cab home from work whenever it was dark after that.

26.  My favourite part of weddings is the cake.  Especially if it has fondant.

27.  I have requested steak, mushrooms, baked potato and green beans for my birthday supper. 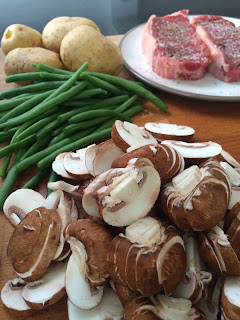 28.  I will get hung up on one small unbelievable detail of a show or movie that is otherwise completely not based in reality.  For example, the entire concept for the Walking Dead is totally acceptable but some of those kills are beyond what would be possible.

30.  I love swinging at the playground probably more than E does. 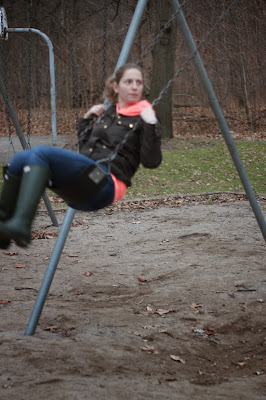 31.  I love talking about Vegas.  If I hear it mentioned in a conversation, my ears perk up and I force my way into the conversation.

32.  I have a crazy good memory about a lot of things, but I forget names all of the time.  Something I have done on numerous occasions is call someone by the right name for the first year I know them, and then call them the wrong name because I've completely drawn a blank.

33.  I check social media constantly throughout the day.

Thanks for reading along today and also for checking in with me each day here on my blog! 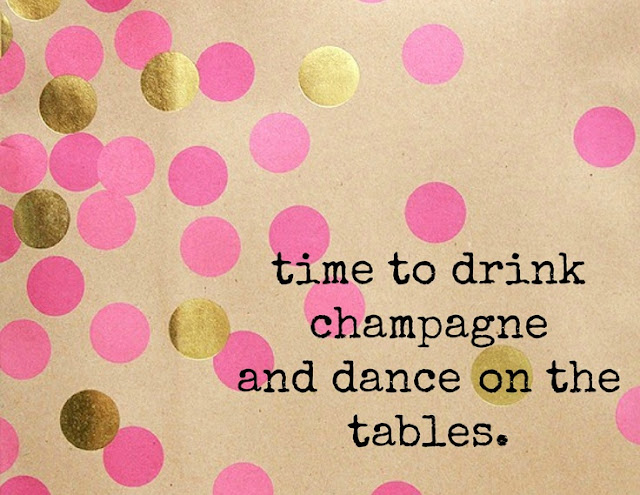