Last week there was an altercation at a pool in McKinney, Texas.  I stumbled across this story on Twitter because McKinney was trending, and since my favourites bloggers (Shay, Andrea, Erika, et al) live in McKinney I checked it out.  What I found was quite troubling.  (Disclaimer, I don't know all of the facts, I am only piecing this together from a few news reports I read and some comments on Twitter - crack journalism over here).  From what I understand, and on a really basic level, there was a group of black teenagers that crashed a pool party.  The (white) people at the pool called the cops.  After the cops arrive, at least one of them drew his gun on the teenagers and the kids were pinned them to the ground.  The teenagers were unarmed and were mostly wearing their bathing suits so, other than mouthing off, they did not seem to be much of a threat.

Obviously there would be more to this story than this, there always is, but it reminded me of something I heard from the podcast, This American Life, a few weeks ago.  It was just one person's opinion but it is an interesting perspective.  Think for a minute that the world is divided into  "white space" and "black space".  White space, for example, is an office building, a cafe, a middle to upper class neighbourhood, etc.  Black space is a rough neighbourhood, a certain type of bar or restaurant, but not too many other places.  When we see a black person in a white space, our brain automatically questions what they are doing there, even if just for a split second.  That (even tiny) suspicion is the root of many of the race tensions that have always existed but that we are seeing a lot of recently.  In the pool party example above, those black teenagers were in a "white space" and that is how the problem started.

To be clear, the concept of this white/black space is a way someone has tried to explain the cause of the problems, I obviously do not think there are places where black people shouldn't be.

Here in Canada, we see a lot of these tragic white cop vs black teenager encounters in the United States and we think that those things do not happen here.  And maybe we don't see it as often (probably due to our much smaller population), but we have our own problems.  Carding is a regular practice in Toronto, and it is basically reliant on the whole white space/black space.  Carding is the police practice of stopping people on the street and collecting information about them; the cops do not need reasonable grounds to stop someone.  Why are the cops carding a disproportionate amount of black men in Toronto? Is it because they are in a white space, so they are automatically suspicious?  The mayor and the new (black) chief of police of Toronto are actively trying to address questions about this practice and why it continues.  I cannot see its merit, and from a "law and economics" perspective (and I did take this class in law school and I still have the book), I do not think the benefit of maybe finding a suspect for a crime or stopping crime by carding people, outweighs the cost it has on our treatment of citizens of this city.  I actually think that Toronto is so lucky because of all of the cultures we have, and the variety of neighbourhoods that border each other almost seamlessly.  It is common to drive or walk only a short distance and end up in a completely different place - both culturally and socio-economically.  I think that helps to build a strong community.  For the most part people go about their business without incident.

So although we do have it pretty good in Toronto, and in Canada in general, there are still many reasons why we can't hold ourselves in higher regard than our US neighbours (police treatment of the mentally ill and Aboriginals just a few other issues).

In summary, you should listen to This American Life.  It isn't always about race, but they do some really thoughtful stories about it, and other important topics.  It will make you think, if nothing else. 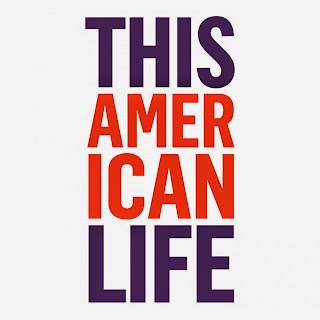