We did not do too much this weekend, and although a small part of my brain was panicking for not having a ton of plans, it was nice to be lazy.

On Friday evening, we enjoyed supper outside.  Dave had marinated some chicken kebabs in several different marinades.  Along with a greek salad, it was a tasty meal. 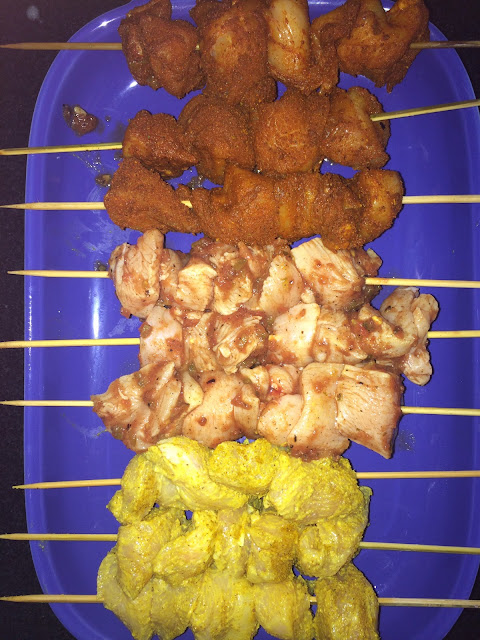 We watched American Sniper on Friday night.  It was a great movie.  If you haven't seen it yet, check it out for sure.

On Saturday morning we took E to his final swimming lesson.  He gets to advance to the next level but we probably won't sign him up for lessons until the fall.  Having scheduled soccer games is enough of a commitment for the summer.  After swimming we went to the playground by our house.  The forecast was calling for rain so we knew we needed to get outside before it was too late.

In the afternoon Dave and I tidied up the yard and E watched some TV.   It started raining around 2:30.  When there was a break in the downpours, I walked up the street to get my nails done.  I don't think I had a manicure/pedicure for over a year so it was nice to be treated to that again.  I did walk home in the rain but it wasn't far so it was fine.

On Sunday morning, Dave got up early and headed down to the waterfront to begin the Becel Ride for Heart.  He and his friend Mark started just before 6:30.  When we got up, I made pancakes. 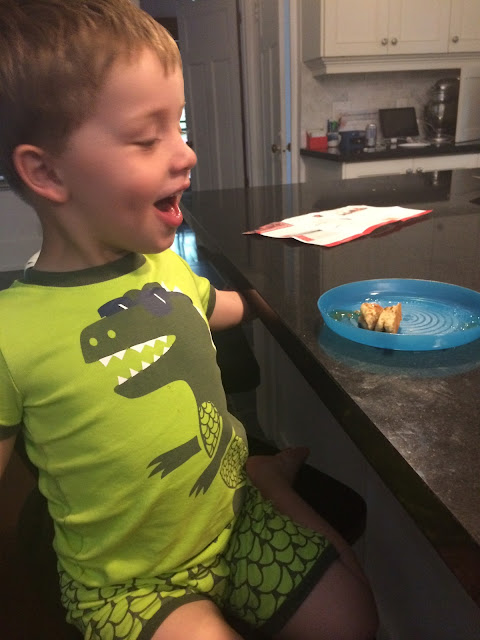 It had been my plan to take E down on the bike and bike trailer to meet up with him after the ride.  Unfortunately the rain and single digit temperatures changed our plans.  We drove down instead and waited for them. 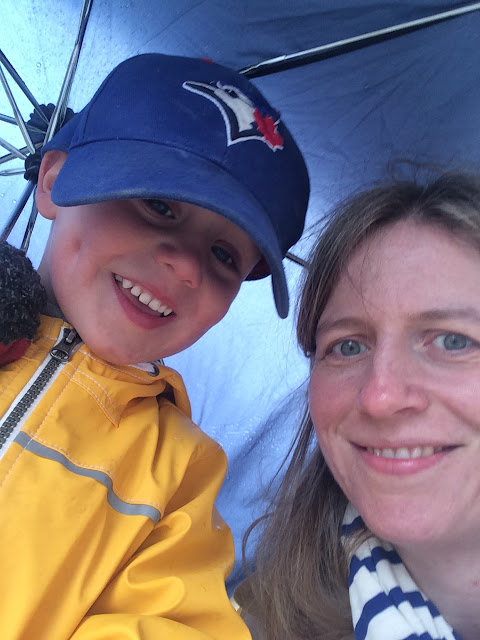 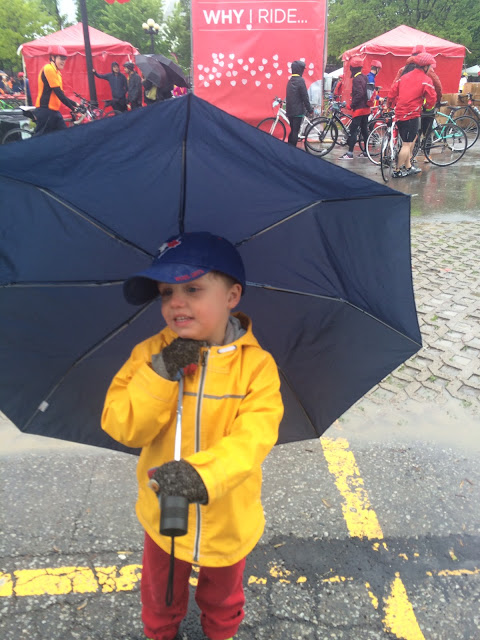 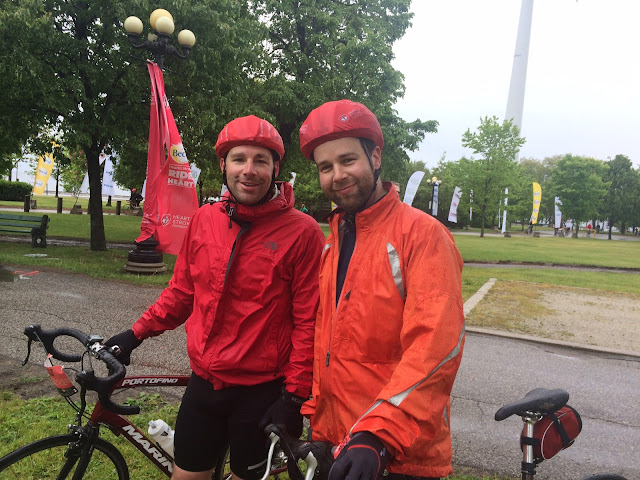 For the rest of the day we were lazy on the couch (well I did vacuum the whole house and got groceries for the week), but we didn't do much.  E and Dave watched Star Wars and Jurassic Park.  Some of the parts are a little scary but they weren't too bad for E.  I also made these funfetti cookies.  They are made with rainbow bit cake mix, and cream cheese.  A nice little treat to finish off the weekend.  It rained all day on Sunday, so it was a good day to have nothing planned. 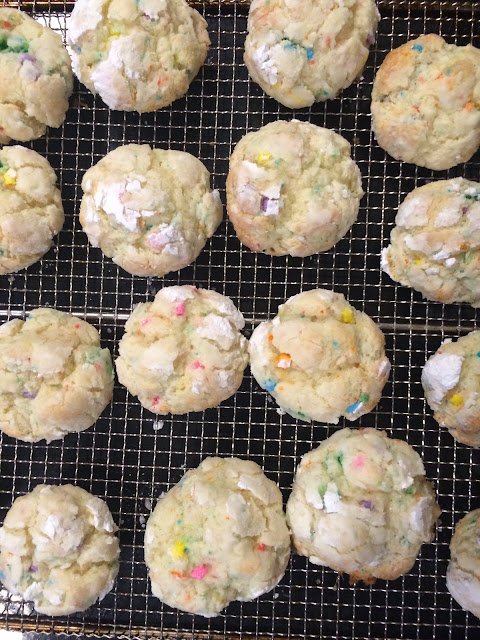 Hope you had a nice relaxing weekend too.
Posted by TorontoSAM at 6:00 AM