Yesterday I was feeling tired in the morning, the day before I had gone for a run and then we went to Taste of the Danforth in the afternoon.  I still got up early to do some work.  Then I sat with E for a bit to watch some TV and rested on the couch, but then all I wanted to do was tidy up the house and then go to get groceries for our camping trip.  I thought if I could get to the store before 11:00, I could get home for lunch and we could do something fun in the afternoon.

Dave was outside working on the shed, and I busied myself with tidying the house and putting things away.  E was playing with his Playmobil things and then said, "I want you to play with me, Mom".  So even though I was nowhere near done tidying and it was approaching 11:00, I decided to put aside my chores and play.  E's Playmobil things are a camping/safari van and a fire engine.  E wanted to "go camping" but we couldn't find the camping guys that come with that set, so we used the fire fighters instead.  We changed their helmets out for the safari hats, and removed their gloves and tool belts.

We spent a bit of time getting their camping stuff ready and then driving to the campsite.  It is really interesting to hear what E thinks up for them to do and how he laughs when I do the voices of the camping (or in this case, fire) guys.

I thought about taking a picture of the "campsite" we had set up but then thought against it.  No need to pull out my phone when I should just be focusing on playing.

Eventually of course I had to end to game so we could head to the store before the day got away from us, but we still enjoyed our time together.  We spend a lot of time getting E involved in what we are doing, cooking, shopping, fixing things, etc. but stopping to play his game is also important and we need to remember to do that too.

#letthembelittle
#babiesdontkeep
(he's not a baby, as he constantly reminds me, but the hashtag still applies) 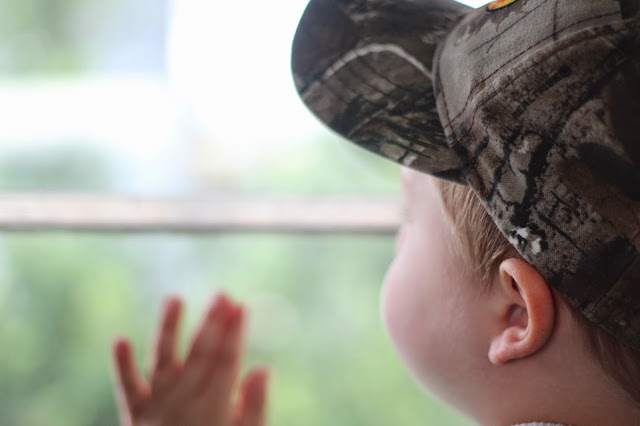