On Friday night we went to E's school for their annual summer party.  It was fun and chaotic, as usual.  Afterwards, we were going to go to High Park to watch the Little League games, but it was closed to traffic for the Parapan Am Games. So instead we stopped at the playground.  E made himself busy in the sandbox.  I'm always amazing at the toys that end up there.  I guess people just take their old toys there as a way to dispose of them.  It's fine for us because then we don't need to bring our own toys. 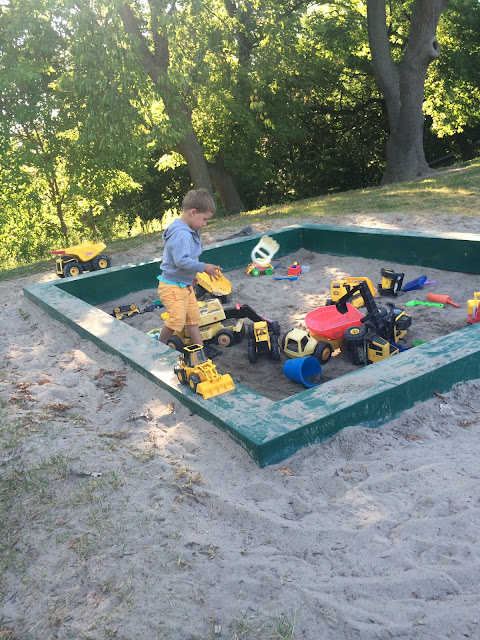 On Saturday morning Dave went for a long bike ride and then I went for a run.  I stopped to watch the Parapan Am athletes do the bike race.  There were people on the reclined bikes who were peddling with their arms, and others on large trikes with big wheels.  It was a little emotional watching them because of how humbling it is.  We complain about things so often, but we don't really know the challenges that so many people face.  I love watching the para-athletes, and I was happy I could see some of their race in person.

E and I walke down the street to do some errands and then we rested to get prepared for Greekfest at the Taste of the Danforth. Our neighbours invited us to go down with them on the subway. 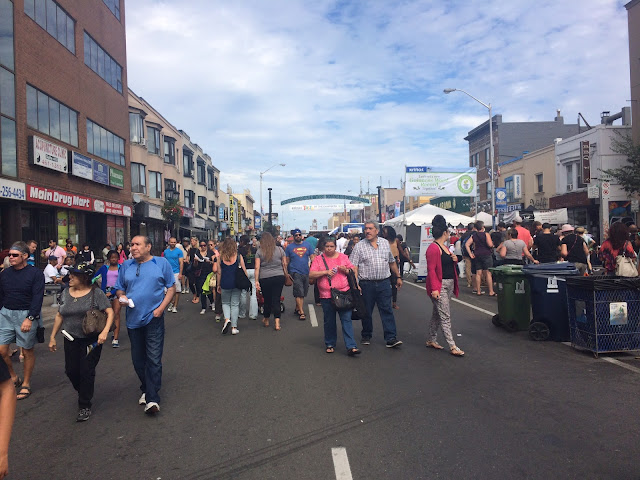 It was so busy, as expected. 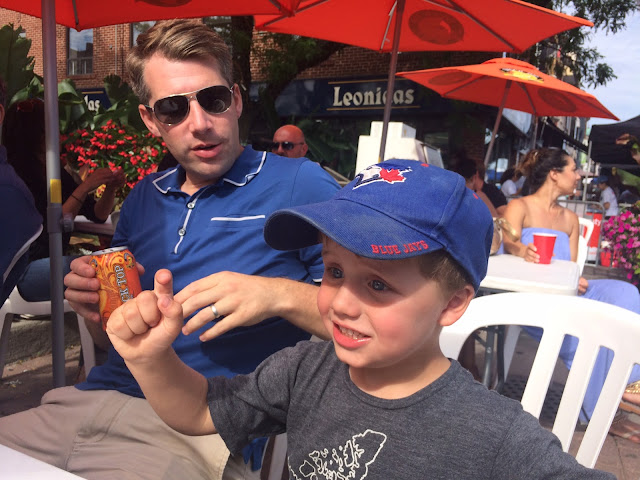 We did manage to find a beer garden and this is E dancing to the Greek music.

The fire station had their engine out for kids to climb into, and their fire "Gator".  E was very excited. 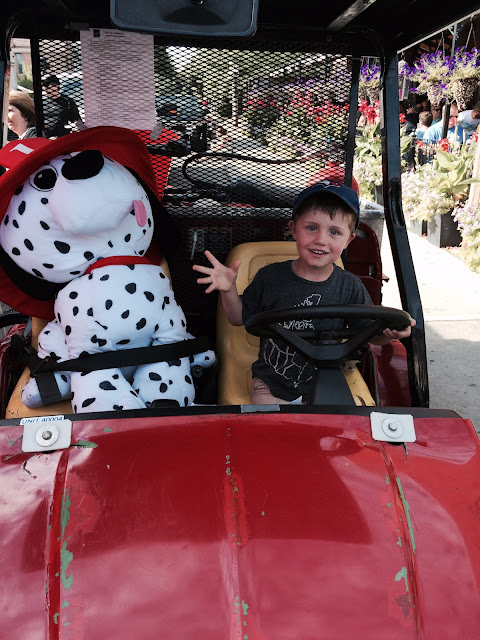 He said "It's Marshall" (from Paw Patrol) 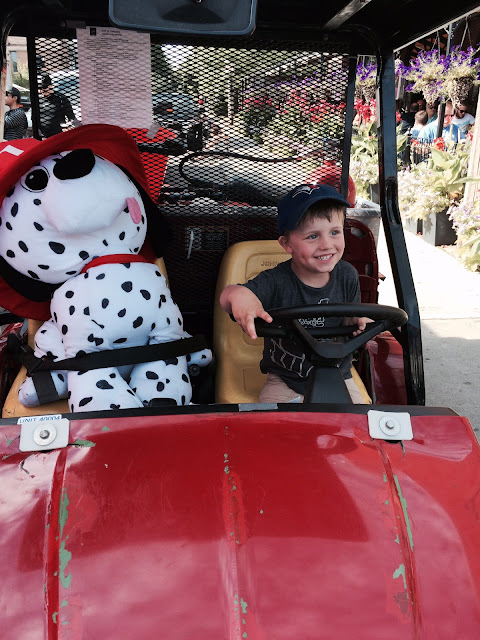 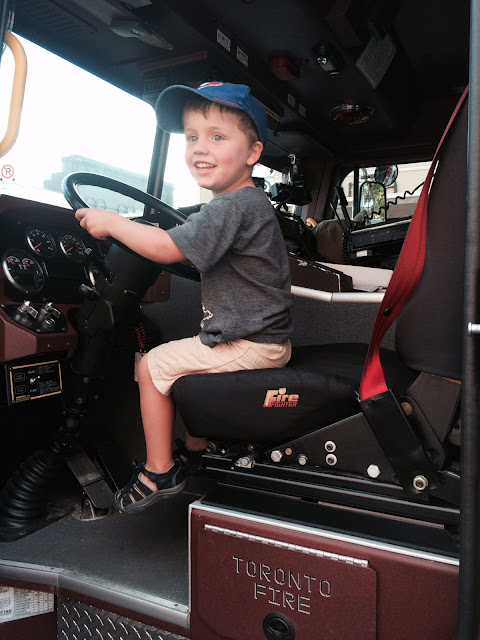 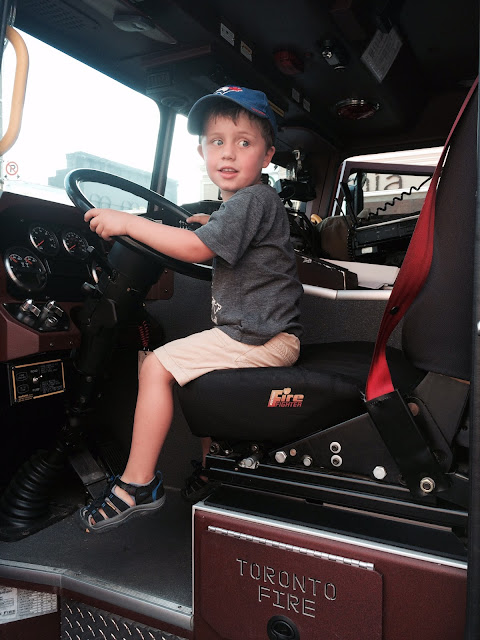 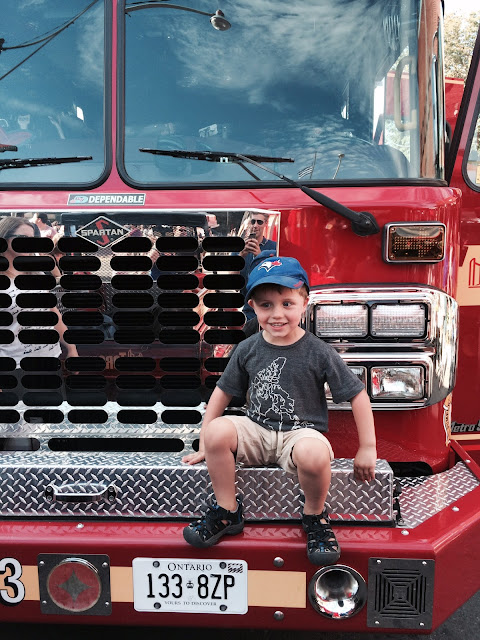 We had some yummy Greek food at a restaurant and then found a playground to entertain the kids before we got back on the subway. 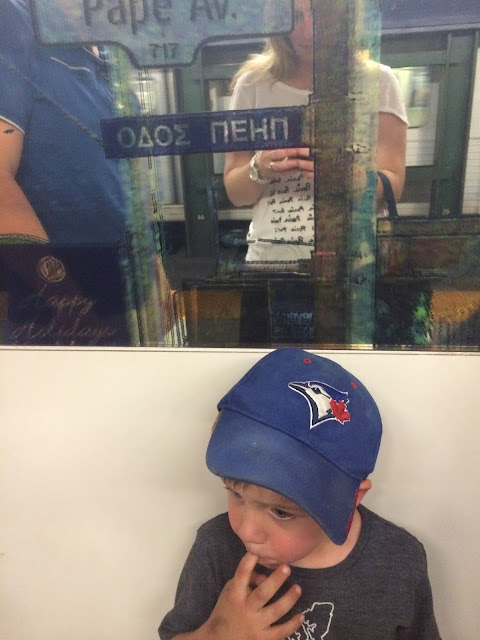 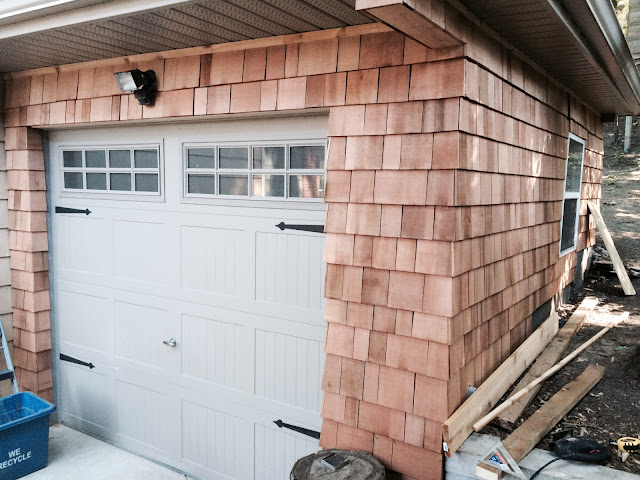 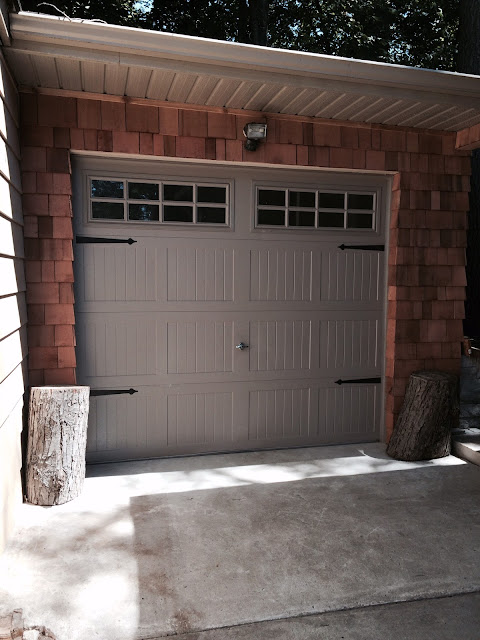 In the afternoon we walked to High Park but had to stop for ice cream first.  Dave and E got an ice cream, I preferred a mini vanilla cupcake. 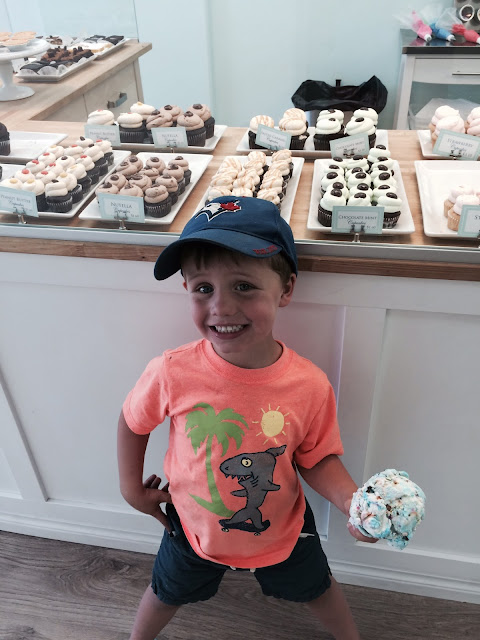 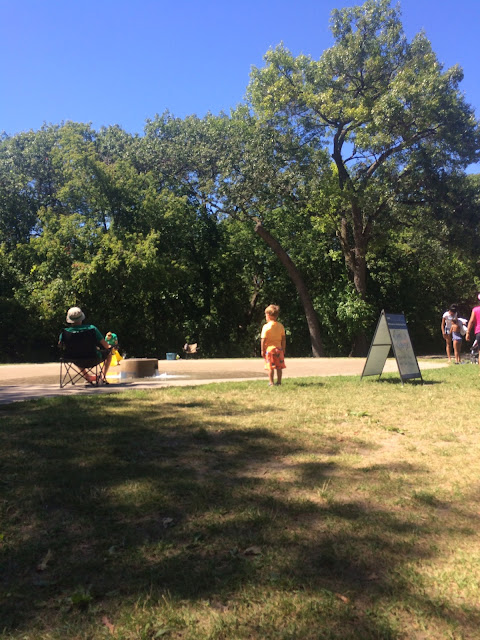 E patiently waiting for the splashpad to fill up again. 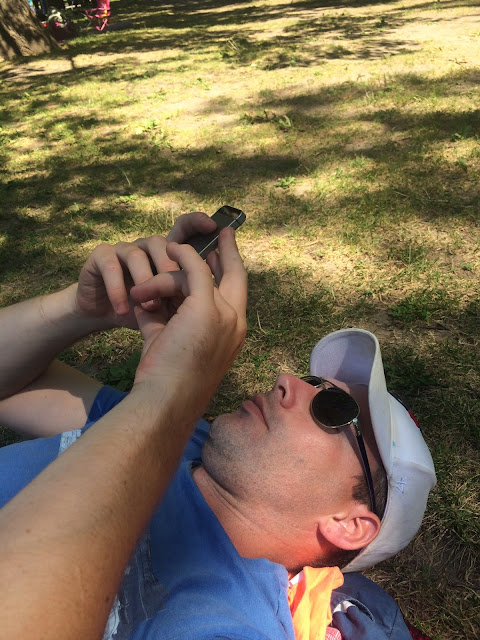 Dave trying to find a live feed of the Jays game, unsuccessful. 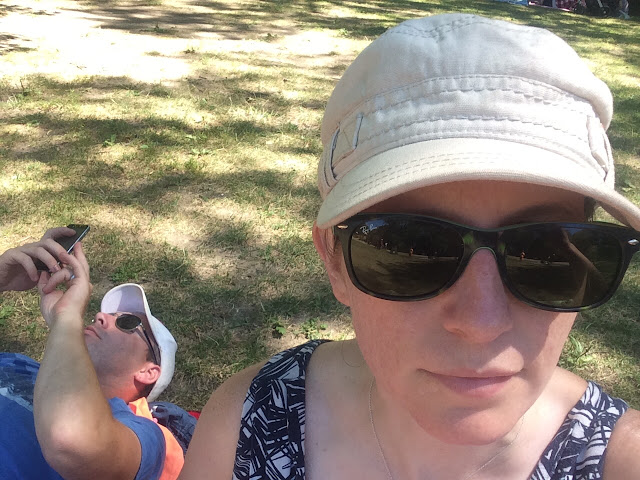 My usual selfie to prove I was at the park too.

Then when we got home, my dad (Papa Jim) arrived from Victoria.  He spent a couple of nights with us before heading out to visit friends around Southern Ontario. 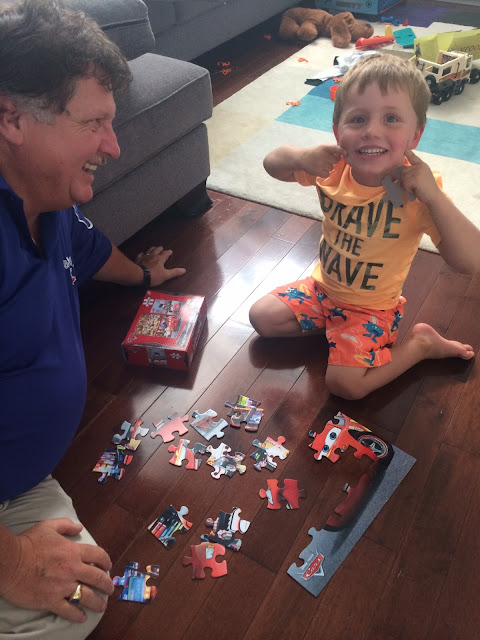 Putting together a new puzzle 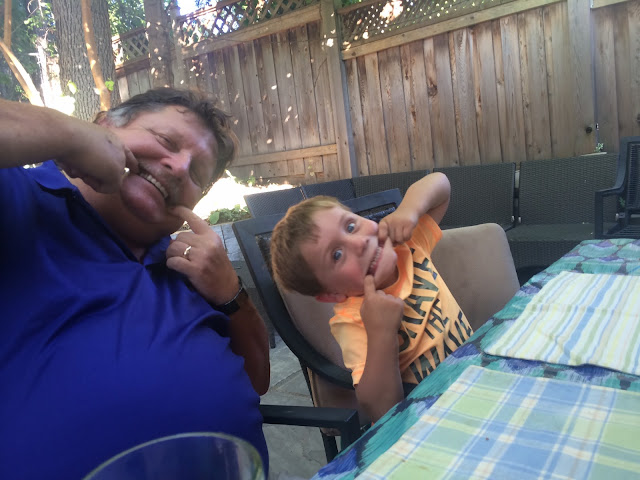 Silly faces at the table!