Our weekend did not turn out as planned.  We were supposed to go up to visit with my family and do the burial of my grandparents' ashes, but due to unforeseen circumstances we were not able to do that.   So we were left with an open schedule and decided to go downtown on the subway. My mom has been here all week looking after E, and she was here to spend the weekend with us too. 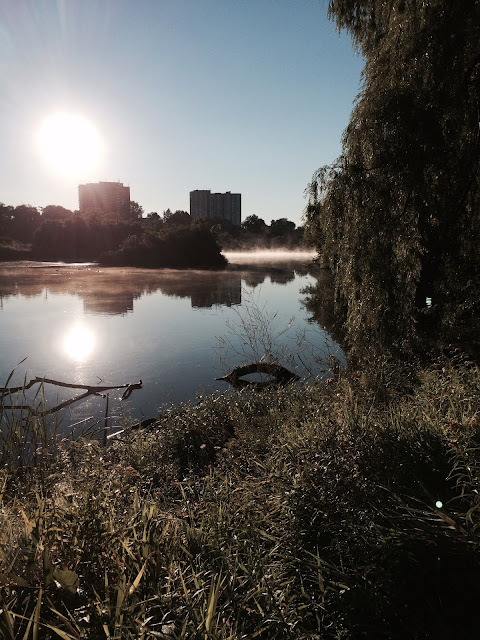 When we got downtown we went to Jack Astors on Front Street for lunch.  As much as I love different small restaurants with their fancy cocktails and artisan root vegetables, I also enjoy a simple visit to Jack Astors.  They had tasty food, cold beer, and a seat on the patio.

Then we walked over to the Roundhouse Park, by the Skydome, and went to the Toronto Railway Museum.  To tell you the truth, the railway museum is actually quite small.  It costs $5 per adult, and although we probably could have decided not to go in and pay the money, we did anyway.  We have played on the locomotives outside of the museum, which are free, many times, so I considered the $15 a worthy donation.

We checked out the trains and displays, and then took a ride on the mini-train. 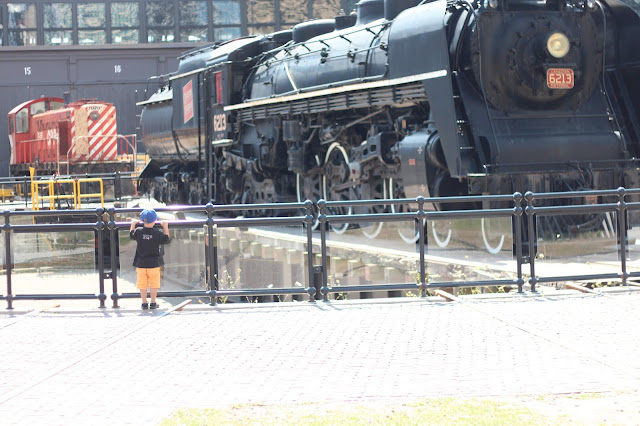 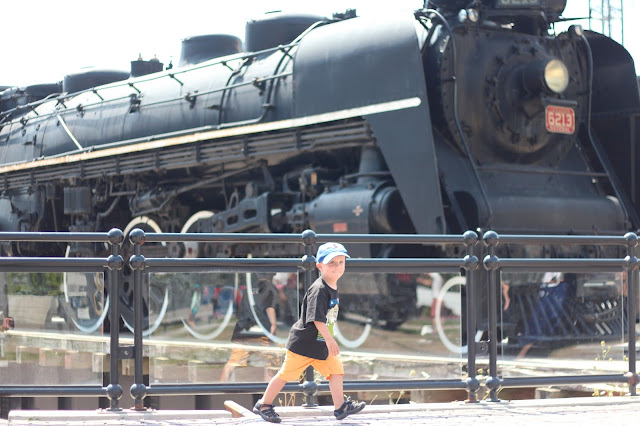 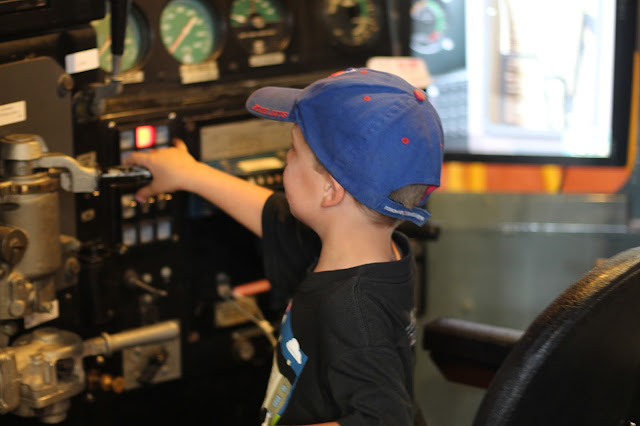 Trying out the train simulator 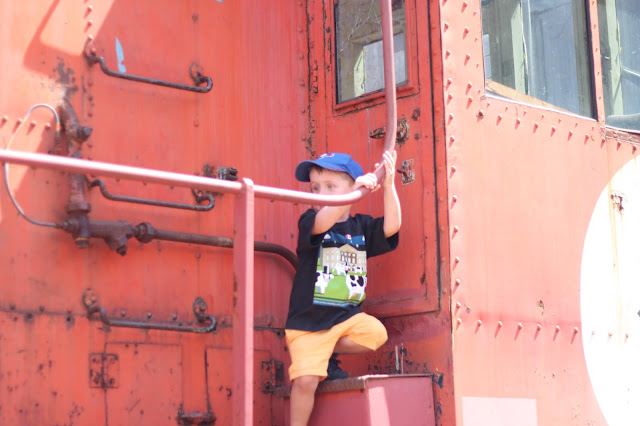 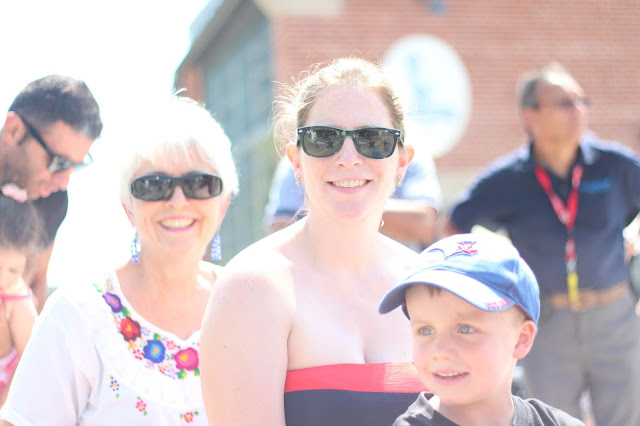 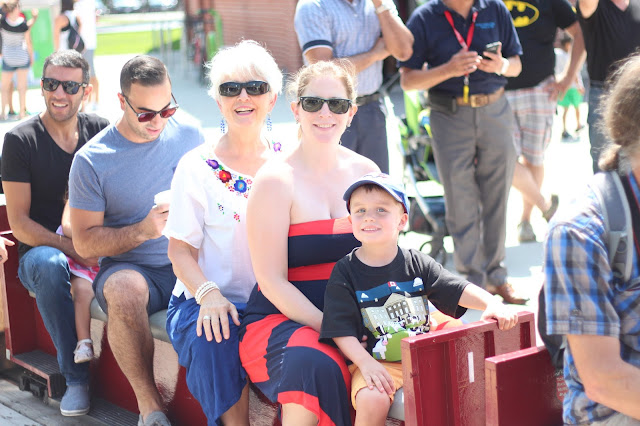 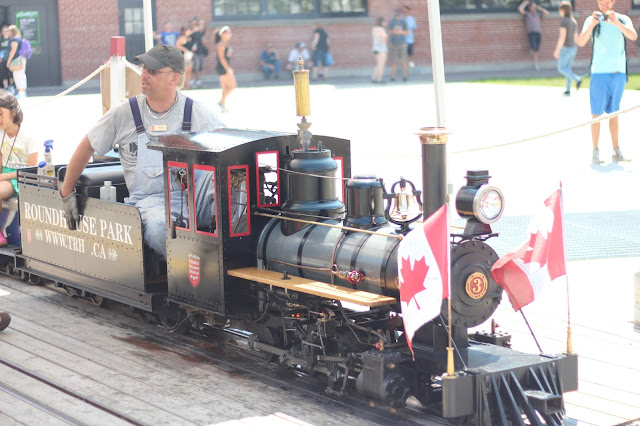 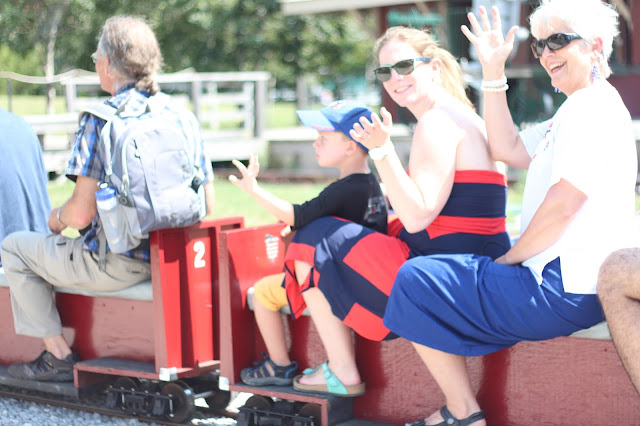 After the train ride we went to the Steam Whistle Brewery for a taste of their pilsner.   Then we were all tired and decided to head home to rest.  We had BBQ'd hamburgers and caught up on some shows before going to bed fairly early.

On Sunday, we had pancakes, and then did a few things around the house.  I cleaned, Dave and E went to the park, and then Dave went to Ikea for some new cabinet door hinges which he then installed.  My dad was also in town came over to spend the afternoon with us and had supper. 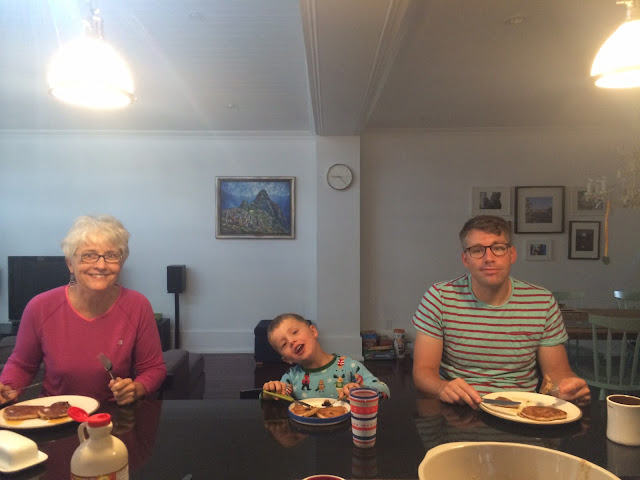 Pancakes at the counter 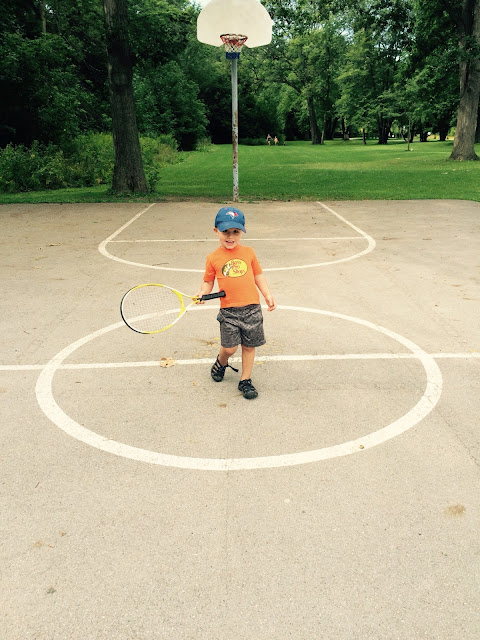 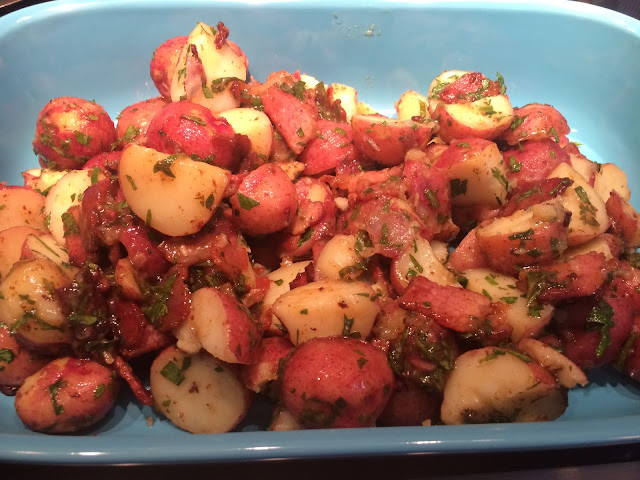 Not what we had planned for a weekend, but still full of fun things.