Anyone who has talked to me lately knows that I am obsessed with Making a Murderer.  I had vaguely heard about it on Twitter but knew absolutely nothing about the story.  I think that is the best way to watch it so I don't want to write too much about it here, but I had to write something. 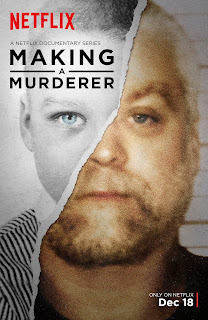 Basically it is a ten part documentary about a true story.  It takes place in Wisconsin and starts 1985 and then continues the story in 2005.  It is very similar to Season 1 of Serial (which I am also re-listening to now).  There is a focus on the justice system, and watching from Canada, I think we smugly think that this could never happen here.  First of all, yes it could, and it has, but second of all, there are some differences that I think are worth noting, particularly when it comes to minors who are charged with crimes.

I usually avoid writing posts like this because I am always afraid of misstating the facts, so my disclaimer is that I did try to double check the information but I can't promise complete accuracy.  I would not use this blog post as the authority for anything; go farther and do your own research if you're really interested in a certain point.

In the United States, judges and prosecutors are elected to their position, in Canada, they are appointed positions.  I personally think elections are a problem because if the ultimate goal for that individual is to be re-elected to their position, then they are motivated by obtaining guilty verdicts.  In Canada crown prosecutors are officers of the court and they have an obligation to seek justice and to maintain the integrity of the system.  I cannot imagine a crown prosecutor holding a press conference like the ones they had in Making a Murderer.  That did not further the objects of the court, and I think those press conferences prevented real justice from being served.

In Canada jurors are prohibited from speaking to the public about things that occurred behind closed doors.  Book deals and TV interviews are possible, but discouraged, and since they can't discuss anything that happened during the deliberations, there isn't a high demand to speak to jurors.  In the US, juror interviews are very common in high profile trials.  Jury trials are fairly rare in Canada, but when they do happen, I think we have good juries.  People are generally fair and reasonable and will take the job seriously.  One thing I heard on This American Life (the podcast) one time that I had never considered before is that when a jury pool is created the questions they ask are if the potential juror has ever: a) been charged with a crime, b) had a family member who has been charged with a crime, c) been a victim of a crime, or d) had a family member who has been a victim of a crime.  The reason for the question is to see if they have had previous experience with the police and the legal system, but it doesn't necessarily disqualify them from being a juror.  And that's good or they'd never be able to put together a jury in many areas, because there are certain places where everyone can check at least one of those boxes.

I think the biggest difference that I could see between the US and Canada was the way in which the minor was treated in the documentary.  Each state in the US has its own youth justice system; in Canada there is on piece of legislation for the entire country (the Youth Criminal Justice Act (the "YCJ")). In Wisconsin, kids between the ages of 10 and 17 are considered young offenders, under the YCJ the ages are 12 to 18.  In some states the maximum ages are even as low as 15 and 16, which I think is crazy.  There is scientific evidence that a teenager's brain is not developed enough to really determine right from wrong and appreciating the consequences of their actions.  There are times when it is appropriate for someone younger than 18 to be tried as an adult and to receive an adult sentence, but that is not the presumption in Canada.  In Wisconsin, the default is for anyone younger than 17 to be tired as a youth unless the prosecution decides to waive them into adult court.  And then something interesting I found out is that once you've been waived into adult court, then for any subsequent charges you'll be in adult court automatically unless you can argue that you should be waived back into youth court.  The deck is already stacked against them if they run into trouble again. 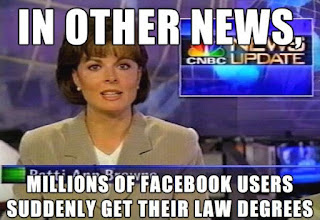 Now, I'm not a criminal lawyer, although I did take Criminal Procedure in law school (and won the prize for the class, ahem), but it is something I'm interested in.  It is important to remember that the documentary is still a piece of entertainment and put together so it makes us want to watch more, it is impossible for us to have seen the entire trial and to know all of the behind the scenes stuff that happened.

But seriously, just watch it and then we can talk!