After getting back in the groove of the week, we had our first trip to Snow Valley in Barrie for E's weekly ski lessons.  He did lessons last year but this was the first year on a big hill.  He started out on the bunny hill but then they took him up on the big chair lift to the top.  Dave and I got our own lift tickets and got to go skiing ourselves.  We saw him up on the hill a couple of times but didn't want to interrupt his lesson.  We saw him struggle a little bit to make the turns at the top of the hill, and we could tell he was getting tired, but then we saw him take the lead and cruise down the bottom of the hill. 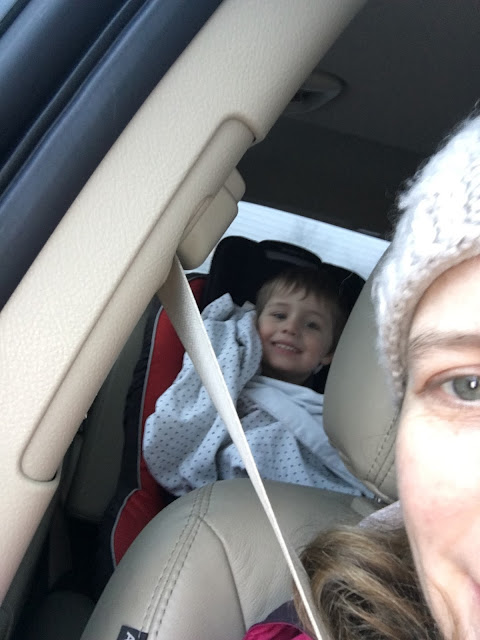 Peaking to the backseat on our way up. 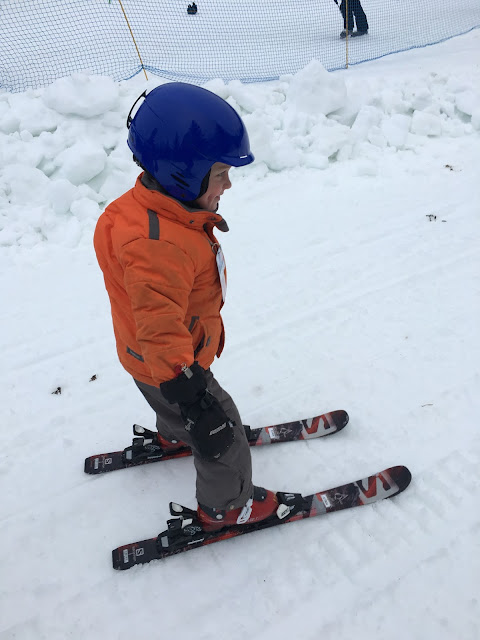 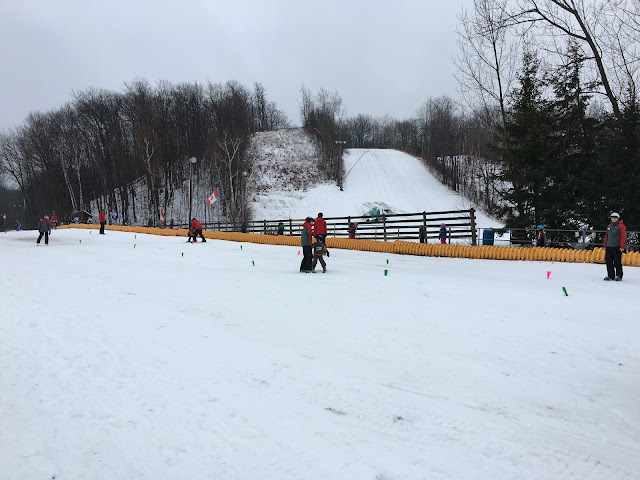 Coming down the little hill 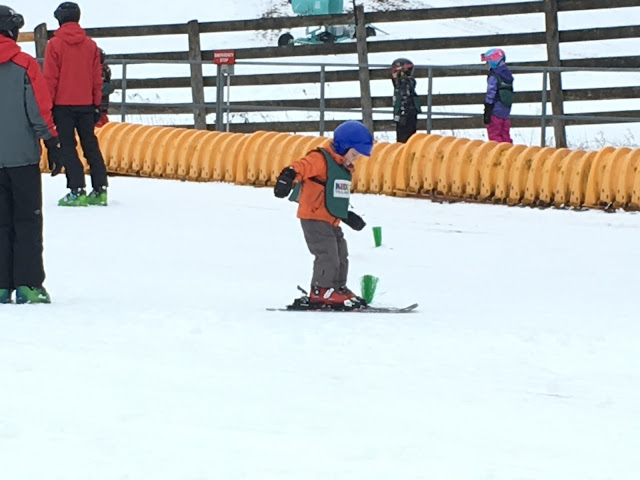 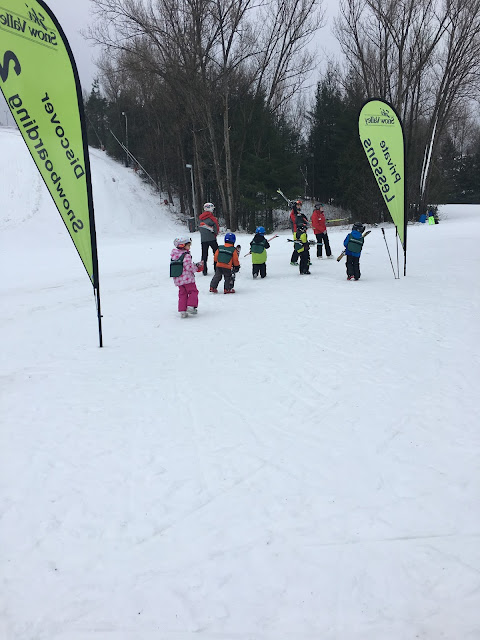 Carrying his skis back to the bunny hill after his lesson 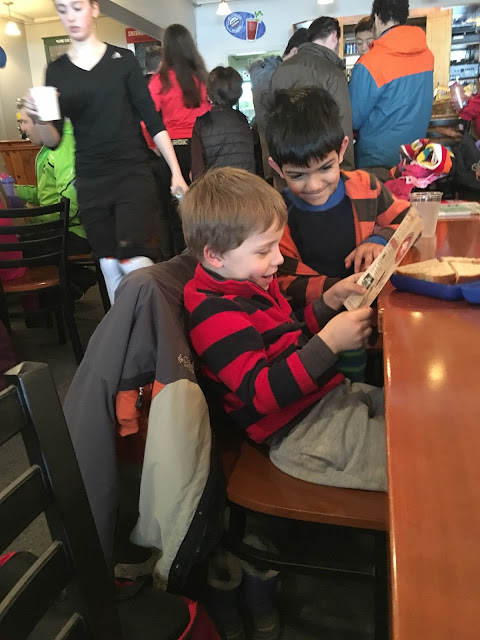 He has two friends from his old daycare in his class and we got to do après-ski with them afterwards. 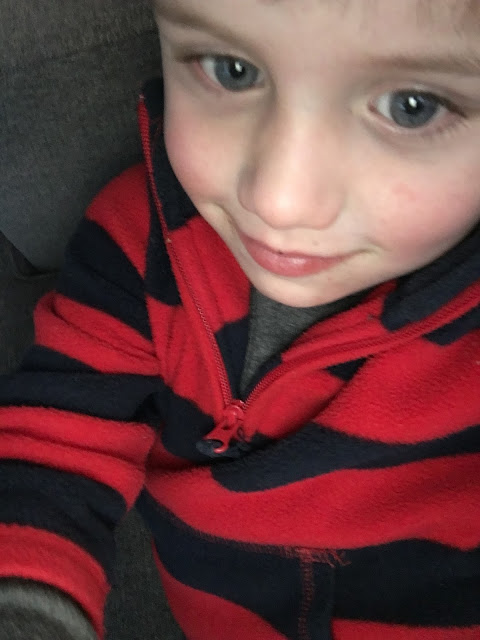 Home and cozy on the couch.

After we got home from skiing we relaxed on the couch for a bit (and Dave took apart the shower faucet to improve the hot water), and then E and I went up the street to get his haircut and to get groceries for supper.  We watched the Raptors game after supper and then rented Sicario on iTunes. 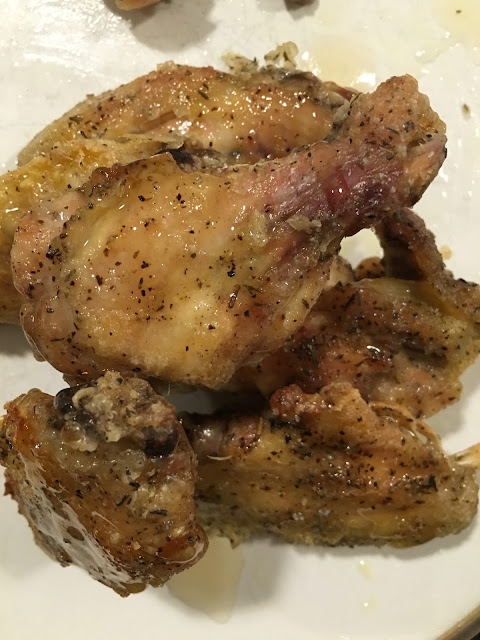 Homemade wings.  I just put fresh lime and honey on mine; Dave tossed him in a sauce.

On Sunday Dave was up early again to do some masonry work in the basement and then went for a run. 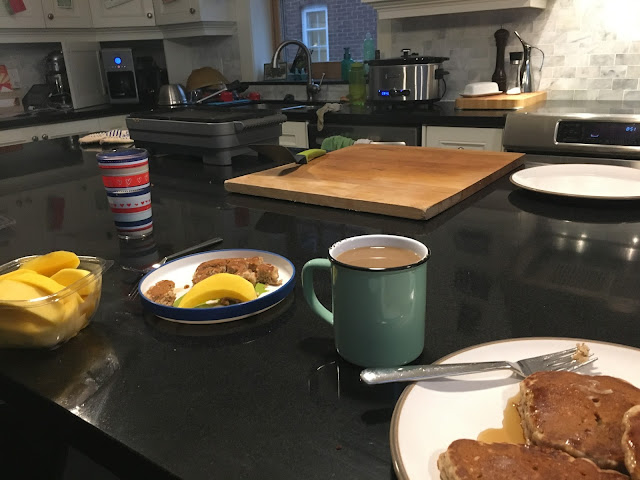 I made pancakes.  This was my view from the counter - yummy breakfast and coffee, dishes done and supper in the slow cooker.

We went to church and then Dave and E watched Star Wars (Episode 4) again.  I tidied up the house and then we got ready to meet some friends for skating.  We were lucky to snag one of those skate assists, but by the end E was able to go a few feet on his own. 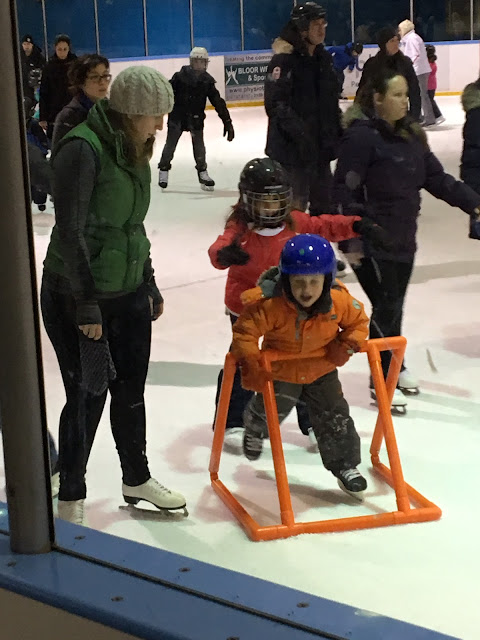 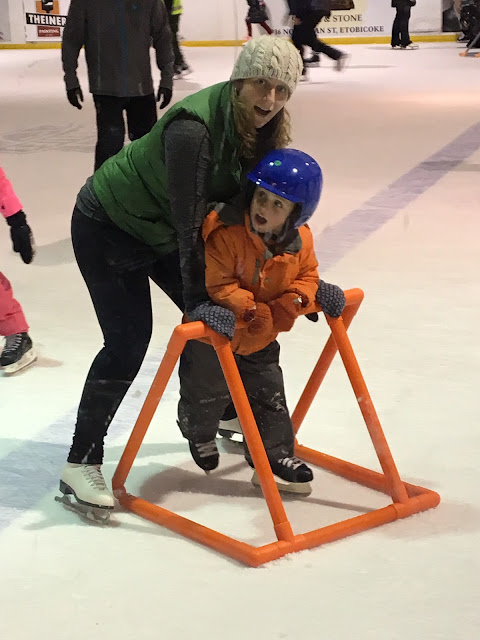 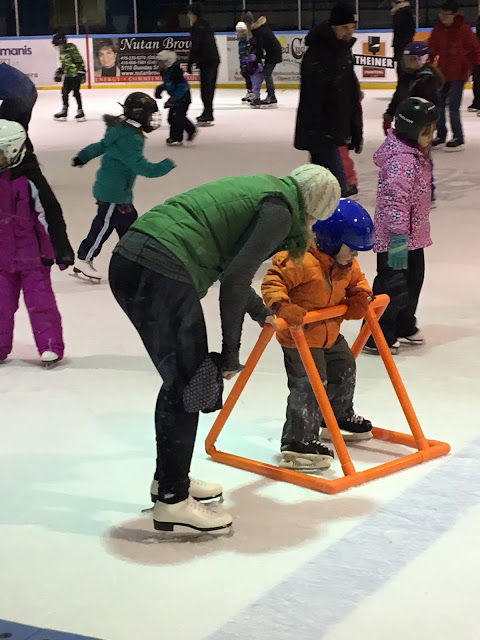 Then those friends came back to our house so the kids could play for a bit and then we had supper.  I made a roast in the slow cooker, roasted brussel sprouts and carrots, and Dave made his perfect roasted potatoes.  They brought brownies and raspberries for dessert and everything was delicious. 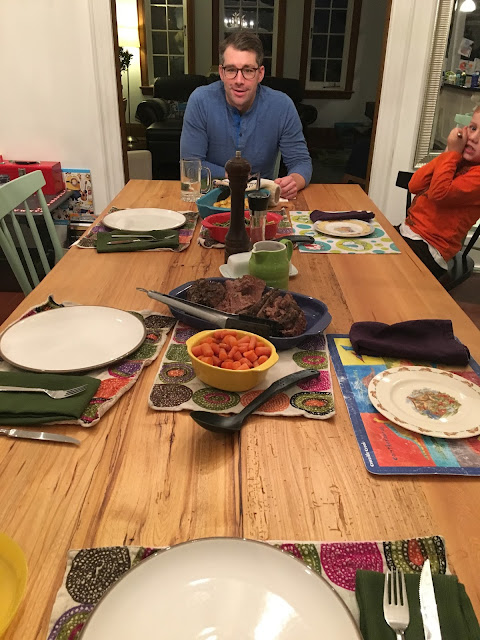 On Sunday night I didn't realize that the Golden Globes were on until they had already started.   We watched a bit of them but then switched to Downton Abbey and tried to go to bed early.