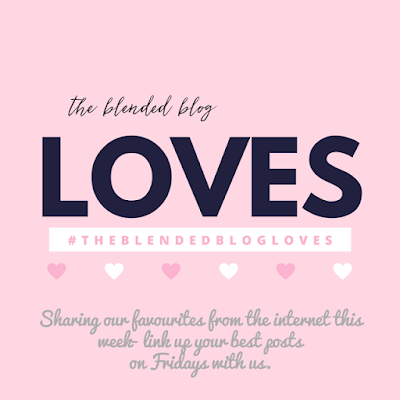 I have to start out with the Humboldt Broncos (where half of a hockey team and others were killed in a bus accident last Friday evening in Saskatchewan).  Such a tragic story but so many heartwarming stories that have come out of it - the $6+ million Go Fund Me account, the young man who donated his organs to save 6 lives, the increase in organ donors, the people who put their hockey sticks on their porches (#SticksOutForHumboldt), the outpouring of love and warmth going to the families and community, and so many other things have to make you smile even though the tears. 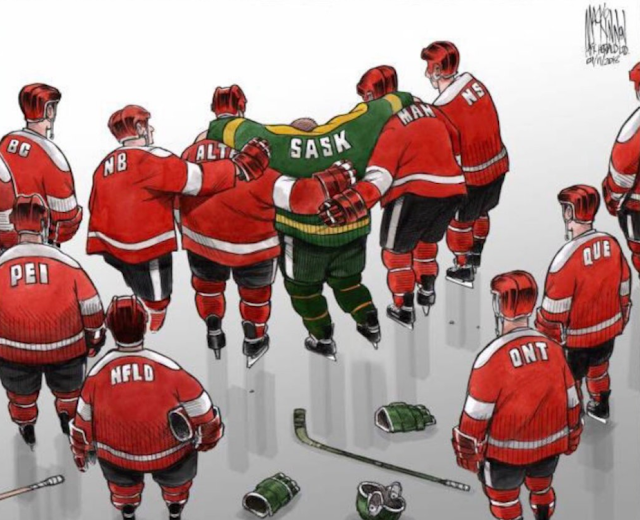 You know I love Drake and he can do no wrong, but his new single is seriously the best - a Lauryn Hill sample, a video featuring so many great women, catchy beat, smooth Drake dance moves, power message.

I got my hair cut last weekend and she used this new shampoo on my hair and I had to buy it.  It has a great fresh scent - lemon, apple cider vinegar, lavender, and a couple of other things.  It's good for coloured hair, and since I tend to have a dry scalp, the apple cider vinegar will help with that.  Plus it's Canadian made and vegan. 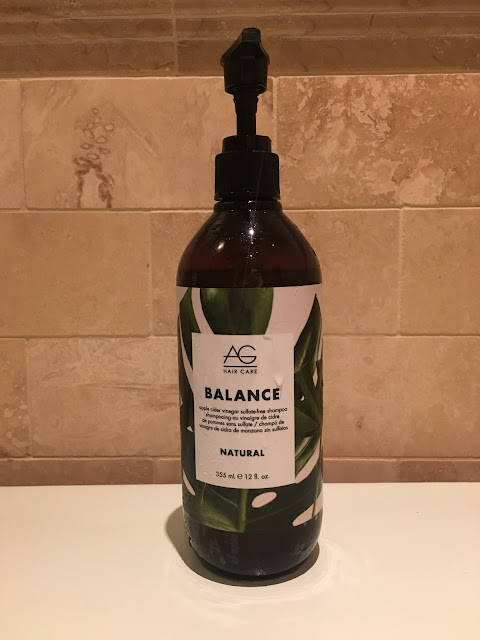 A favourite for me is keeping it real.  I love making plant based meals and for the most part my kids eat what we make, but there was a bit of fail this week. I had made veggie burgers a few weeks ago and froze the extras.  Tis week I made a salad with leftover greens, cabbage, and tomatoes, and put the veggie burgers on top (with lemon tahini sauce as my only saviour) but no one, even me, really liked it that much.  Thank goodness I bought buns (and I let E put ketchup on his veggie burger so he would eat it).  Sadly most of it ended up in the organics bin. 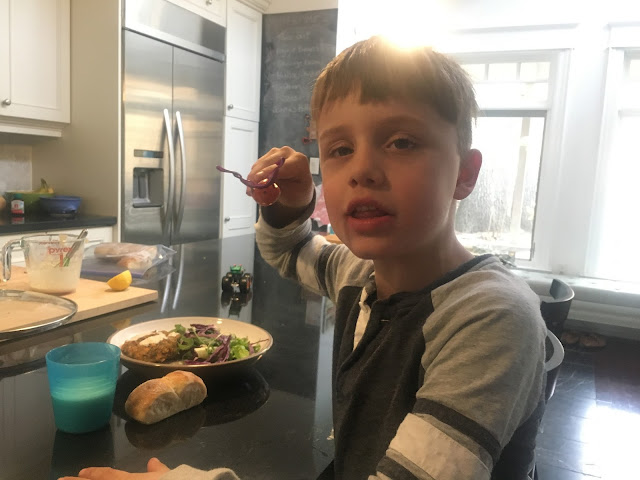 I'll still keep filling Q's plate with whatever we eat, eventually he'll get used to it and just eat it! 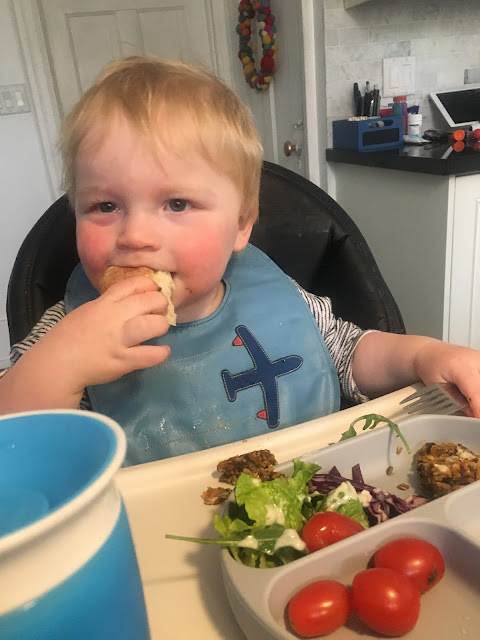 With Dave out of town this week I had to do yoga by myself on Monday night, but on Wednesday I convinced E to come downstairs and do it with me.  We did a 15 minute video which was fine but E found it tough, but then we found this video and even though it looked ridiculous, it was exactly right for E.  It was a telling of Star Wars: A New Hope, through yoga moves. He was engaged for the whole thing and we did a lot of cool yoga moves.  We will try some of the others done by this same. 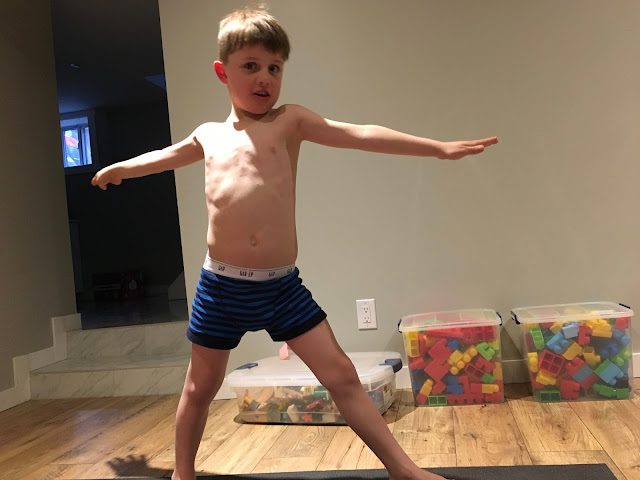 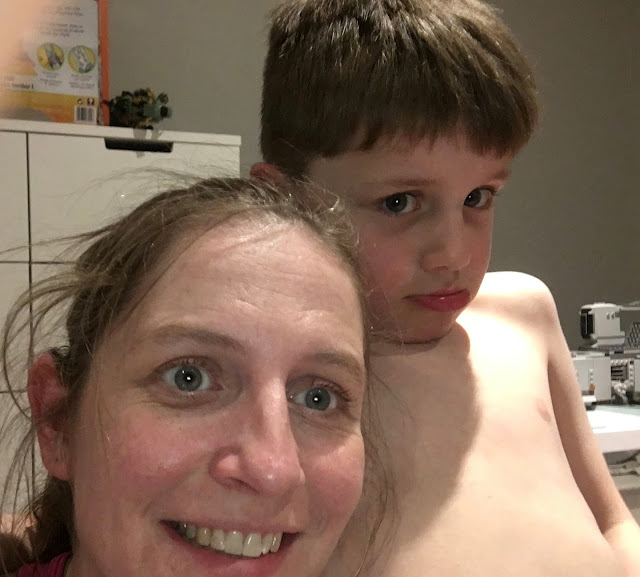 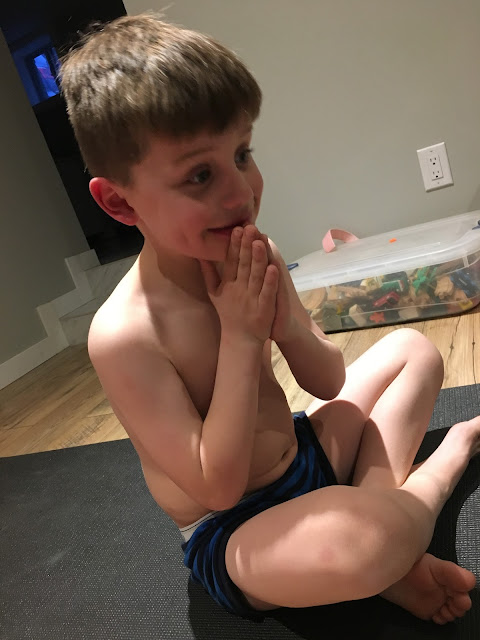