Is anyone else a Harry Potter fan out there?  I was never that into it, I did not read the books and only saw the movies at Dave's urging, but now that E is reading the books and watching the movies, and even Q is getting in on the action as we read to him, I'm a bit more interested than I once was.  This week we went to see the production of Harry Potter and the Cursed Child here in Toronto.  For someone who isn't a huge HP fan and doesn't like the theatre, I actually enjoyed the show and would recommend going to see it.  The kids were enthralled and even Q stayed awake for the entire 3+ hours!! (Yes, it's long.)  E was Harry Potter for Halloween one year so he wore his costume, complete with new Hedwig that Dave brought from Universal last week, and Q work his Quidditch jersey that Dave also picked up from Universal.  It was great fun! 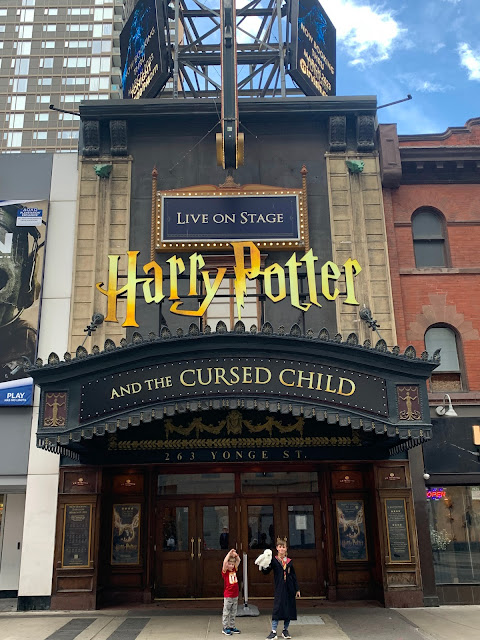 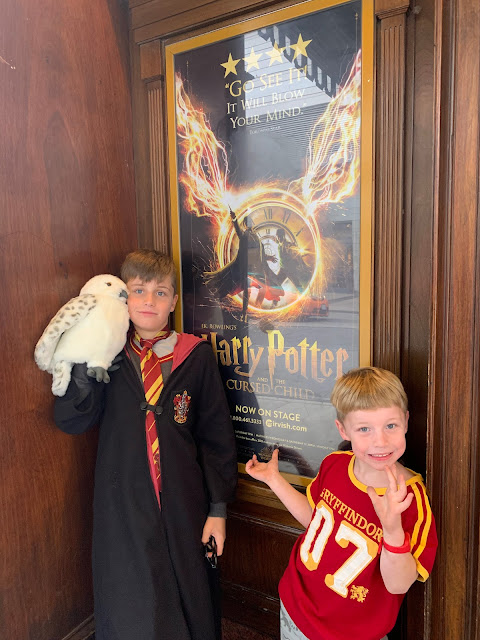 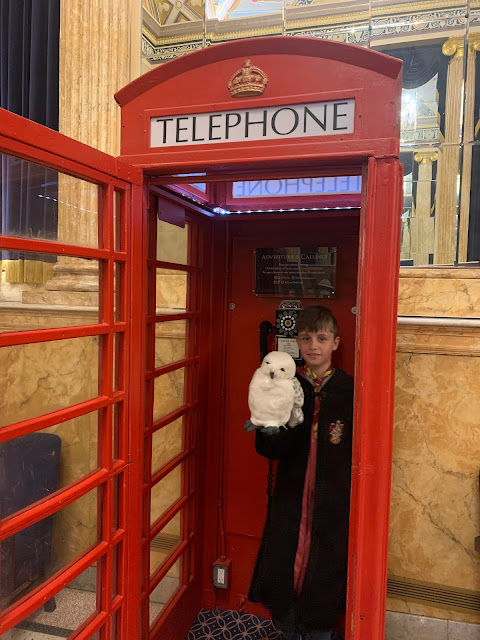 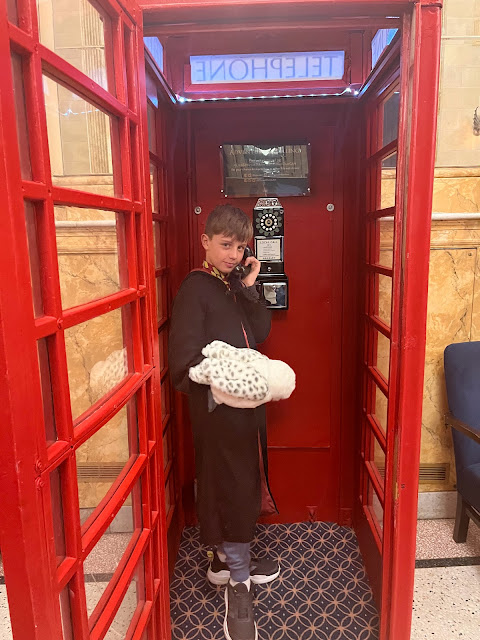 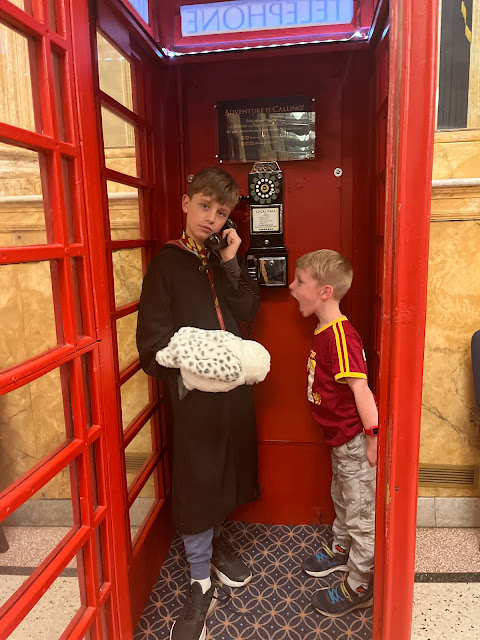 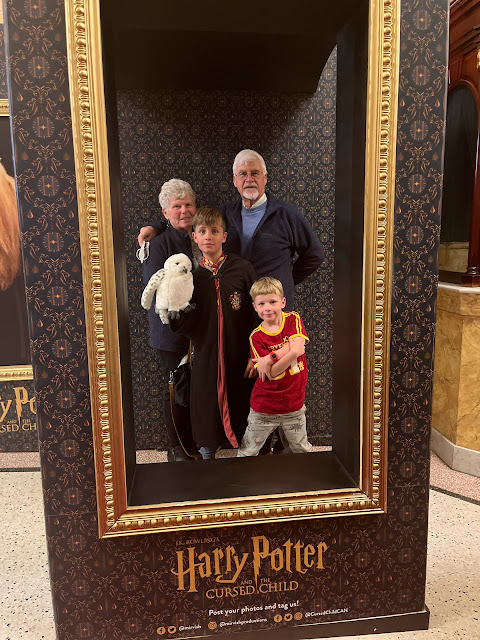 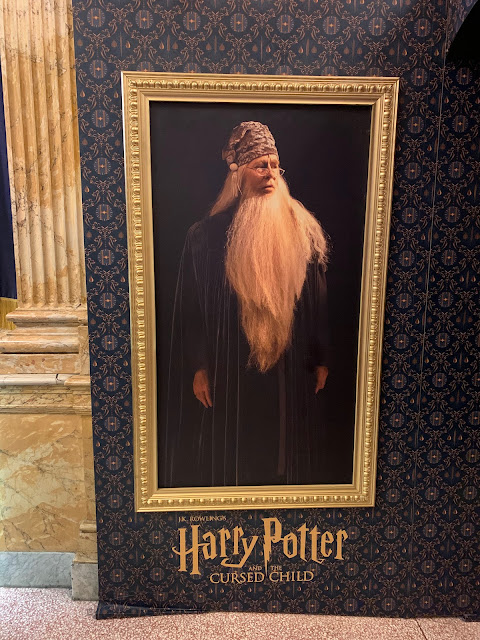 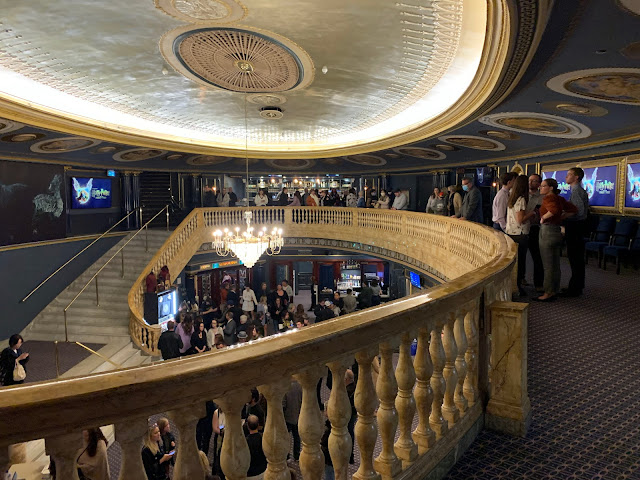 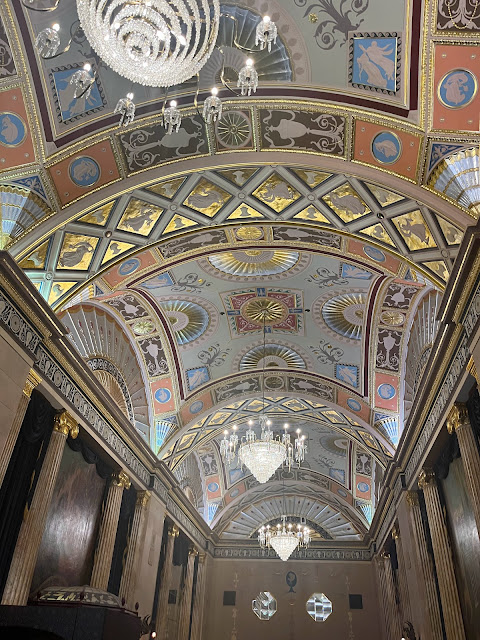 Invitation to Hogwarts cookie. E also got some Butter Beer. 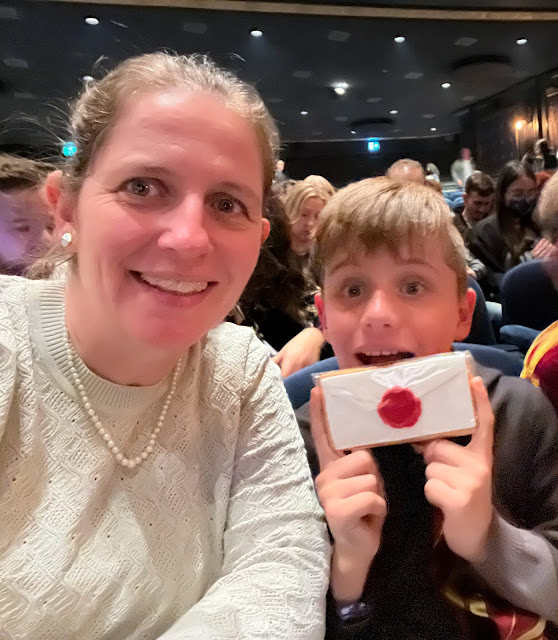 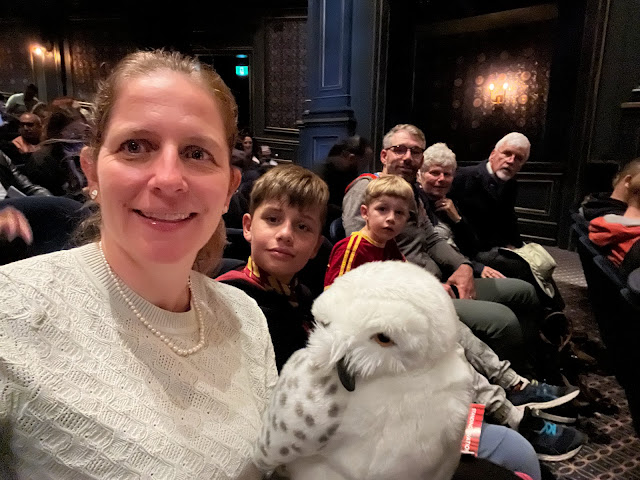 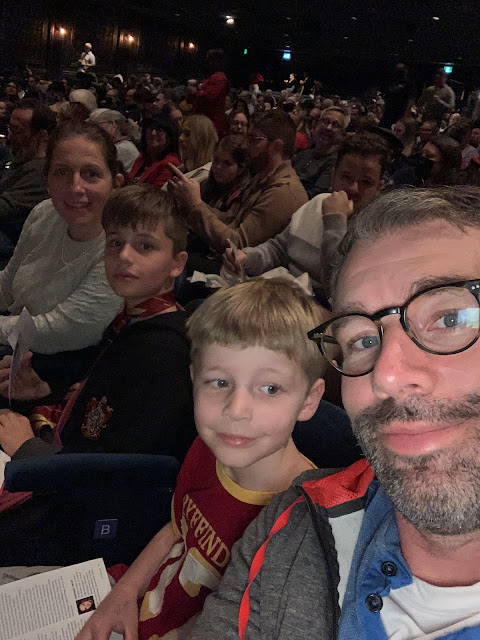 This story takes place after the books, which means there are spoilers for those who haven't finished the books, like E, who is on book 5, but most of the focus was on what happened in the Goblet of Fire, which he had read.  I'm sure there are a few things that went over E's head in terms of who married whom, so really it's not a big deal.
Linking up with Andrea and Erika.
Posted by TorontoSAM at 6:00 AM