Our weekend was actually pretty low-key, although we started and ended with dinner out.  The kids were dealing with some colds so we opted to let them lay low for most of the weekend.
We met up with some friends for dinner at the golf club  We have been trying to get together with this family all summer so it was great to finally see them.  Thumbs up from Q! 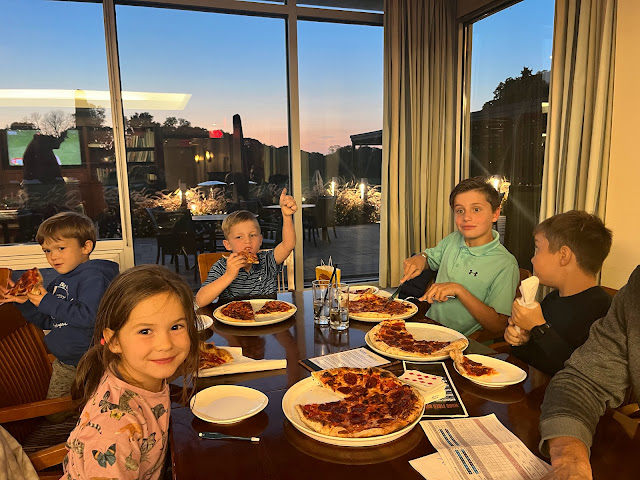 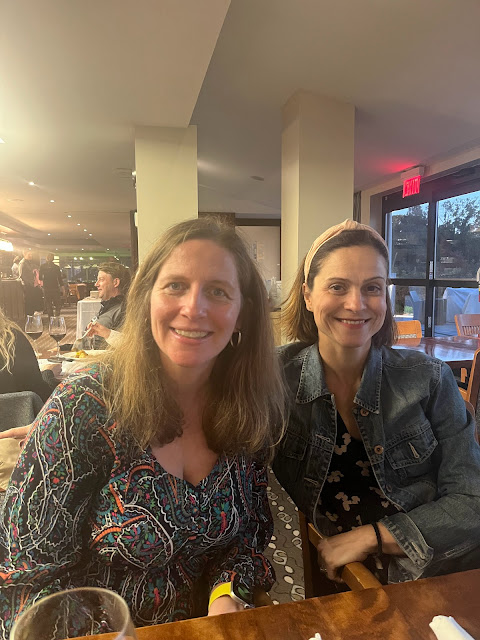 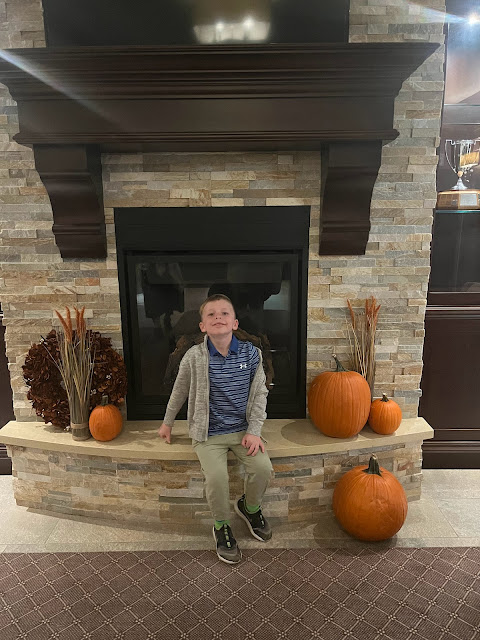 We had no plans for Saturday morning so we got to be lazy on the couch and had a slow morning. 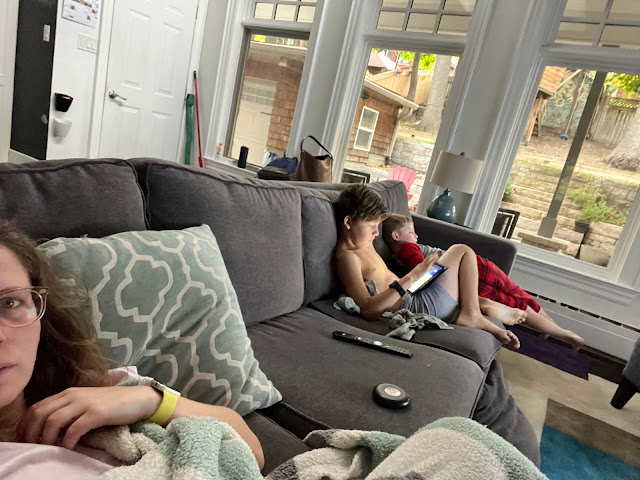 Q and I read and played a game on his bed for a bit. 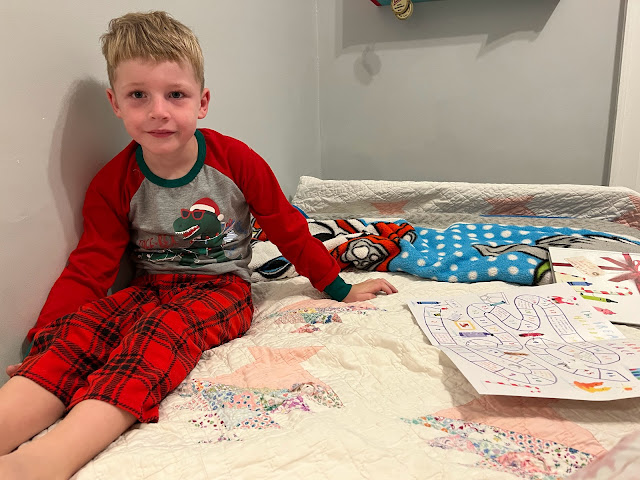 And then he had swimming. 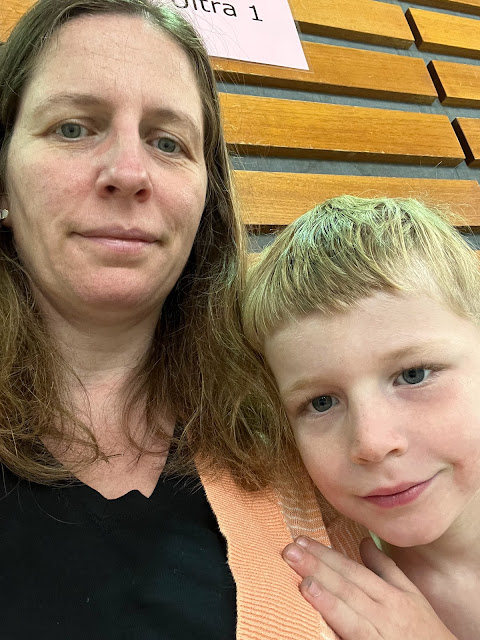 In the afternoon I was back at the golf club for a tea with the ladies from my church, celebrating the 60th anniversary of the United Church Women.  It was a beautiful day but cool! I wouldn't want to be those golfers. 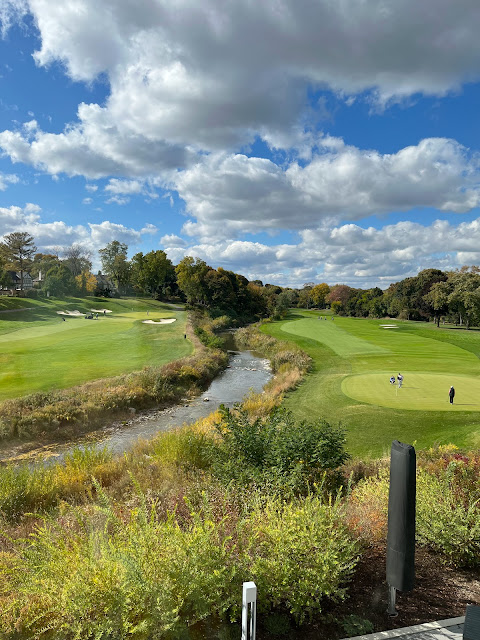 On Saturday night we watched The Luckiest Girl Alive on Netflix with Mila Kunis which was really good.  I went to church on Sunday morning but the boys stayed home.  I cleaned up our front hall closet to exchange summer stuff for winter stuff.  I didn't get the winter boots and jackets out, but the hats and mittens are down.  I also needed to figure out what we were missing for the boys, and both of them need new boots so we are in the market for that now.  Dave got packed up to head out for a work trip for the week.
Then the boys and I met some friends for dinner.  The kids played Sushi Go while we waited for our meals.  It was a great way to end the weekend and beat the Sunday scaries. 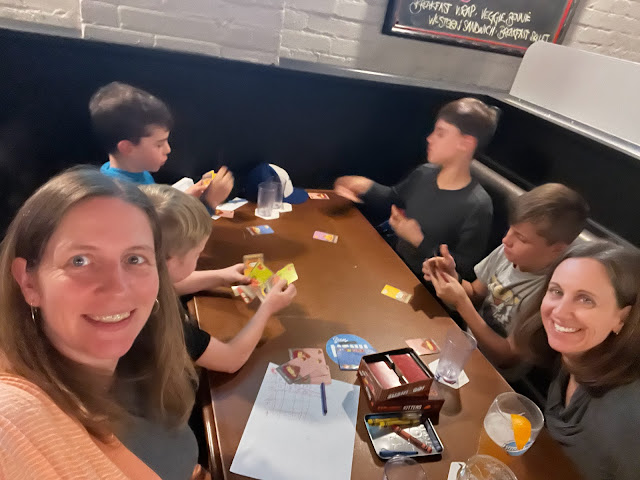 I got the kids to bed pretty early and then folded laundry and watched a few things before going to bed.
Posted by TorontoSAM at 6:00 AM