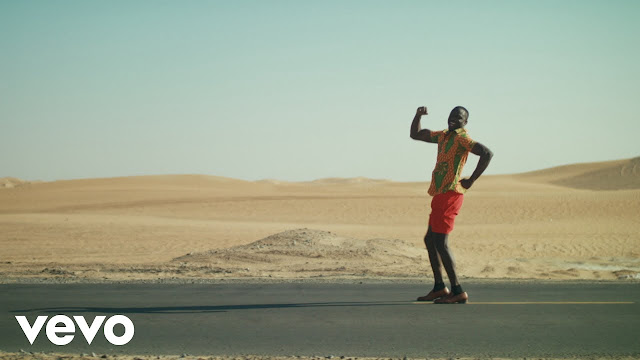 It was a short work/school week but it felt long, why does that happen?

The kids got their school photos back.  Don't they look sharp! 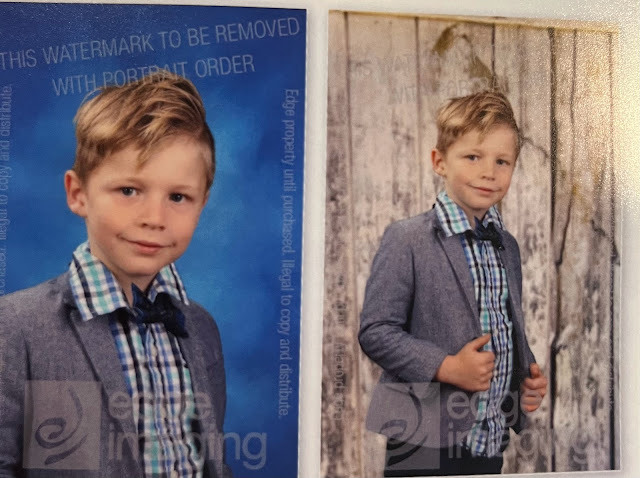 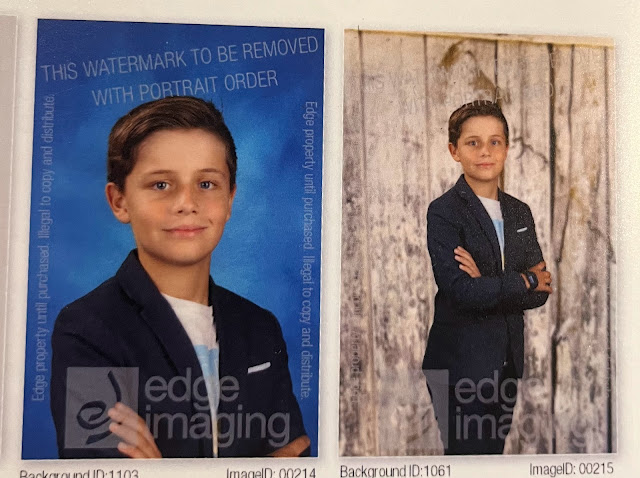 On Wednesday I wrote about selecting Halloween costumes, and then reading through other posts on the same topic (like Jen's) I was reminded of those amazing costumes from the '80s that were mostly just plastic.  That prompted me to dig out some photos from my daycare in 1984. 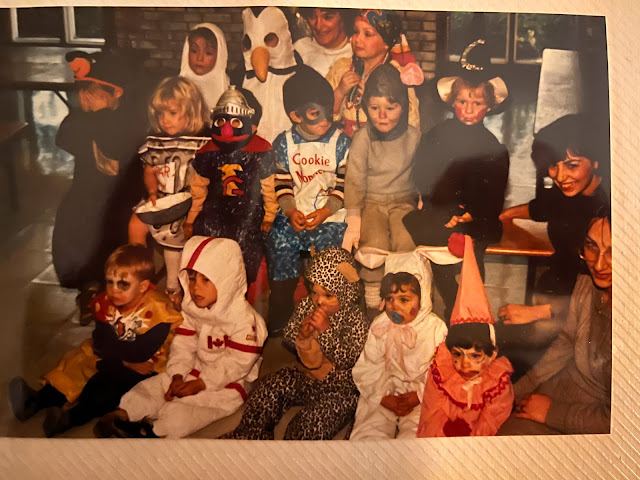 And I was a witch, I always seemed to be a witch or punk rocker back in those days. 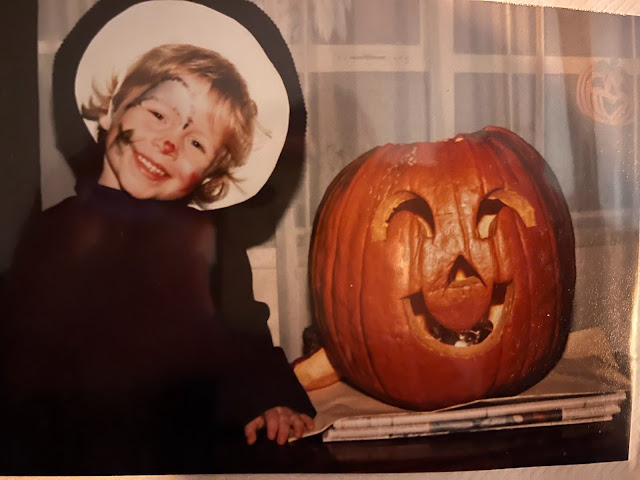 Dave got the boys out to golf on Tuesday after school. 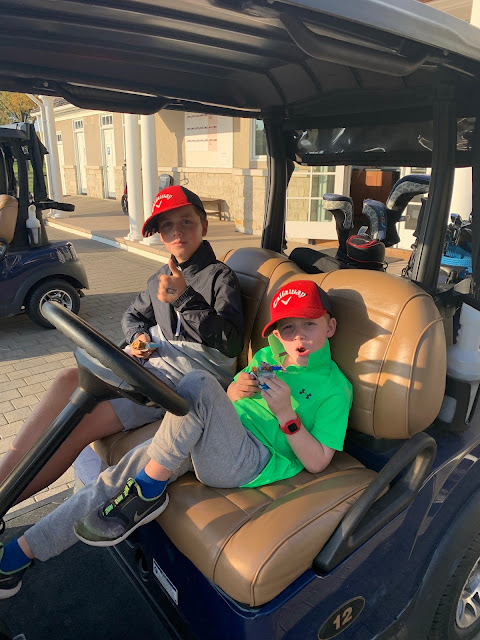 I made one of my favourite fall meals this week, roasted squash with meatballs and tomato sauce.  The kids don't love the squash part even though I'm trying to see it as "meatball boats" but I certainly enjoyed it. 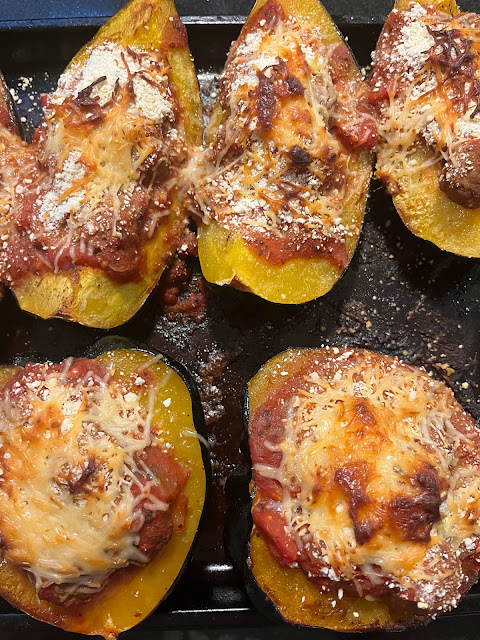 Speaking of Halloween costumes, I took E out after supper this week to pick out his costume.  This is not it, haha. 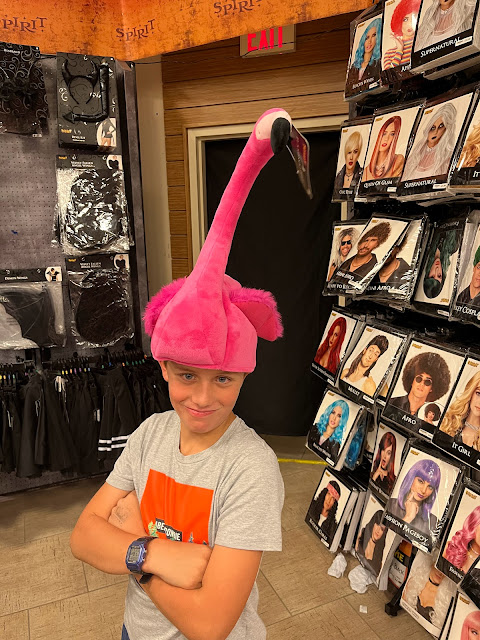 Something I am loving this fall is that we get to spend most of our evenings at home.  The summer was full of after supper sports (baseball for both kids, soccer for Q, and golf for E and Dave).  We never seemed to eat as a family and many meals were sort of thrown together so they could be easy to eat on the way out the door.  This fall, our activities happen before supper so even though we may not be eating until 6:30, there is time for a better meal that we can sit down to eat together, and then some leisurely time to do homework, watch a show, do some chores, and relax before bedtime. The couple of exceptions are Dave's curling which doesn't happen until later on, and my choir practice that starts at 7:30 on Thursdays but those things are late enough that we can still have a good break after school/work. 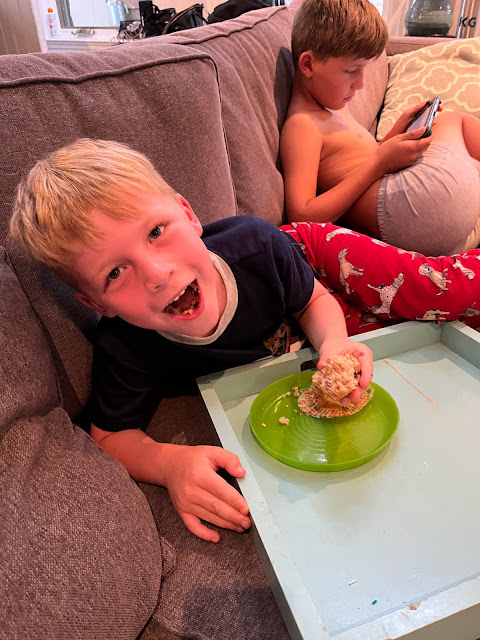 Last weekend we watched The Greatest Beer Run Ever, on Apple TV.  The plot is that this guy from New York wants to bring beer to his friends serving in the Vietnam War.  It has Zac Efron, but even then, I thought it sounded pretty dumb.  But I gave it a chance and it actually turned out to be a better movie than I thought.  So give it a shot, I'd say it's worth it. 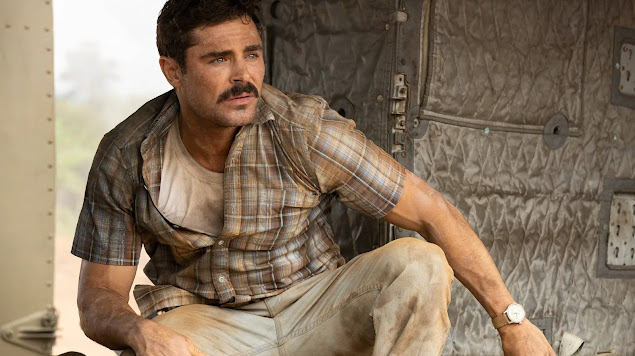 Linking up with Andrea and Erika.
Posted by TorontoSAM at 6:00 AM