I had another strong month of reading with five books!

The first one is Rick Mercer, Talking to Canadians. 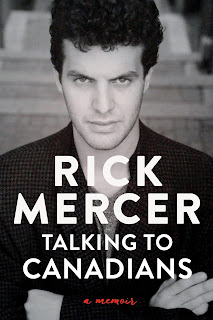 My mom had left this book for me the last time she was here, which is why I read it. although I probably never would have otherwise picked it up.  I sometimes like a memoir, but they aren't usually my first choice.  And I like Rick Mercer, but I'm not a huge fan.  Rick of course is well known for his years on This Hour Has 22 Minutes and The Rick Mercer Report.  I definitely watched those shows growing up and I was interested in how he got there and to hear some behind the scenes stories about some shows I remember.  One of my favourite bits he did was with Jean Chretien at Harveys, and he tells the story in the book of how that all came together.
The Mother's Promise by Sally Hepworth was a great read. 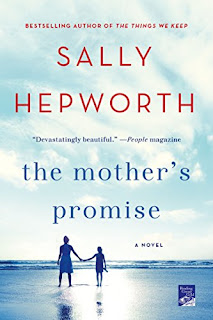 I just recently discovered Sally Hepworth so was quick to pick up another of her books at the library when I needed something for my travels.   This story is about a single mom who is diagnosed with cancer, her daughter, her nurse, and her social worker, and how their stories begin to connect.  Each chapter is told from one of their points of view.  There wasn't one woman that I enjoyed more than the other, each story was fascinating and well told.  It made me appreciate the family and friends that I have so if anything ever happened to me, I would have a large support system, unlike the woman in the book. It also made me appreciate those health care and social service workers who genuinely care about their patients/clients.  They are doing such good work.
The Break Down by B.A. Paris. 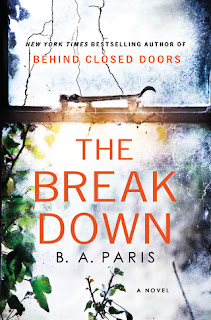 This one has actually been on my list for a long time, and I'm glad I finally picked it up.  In this book, a woman is killed in her car in the middle of the night on a deserted road.  The main character had driven by the car on her way home but didn't stop, so of course is traumatized by finding out later that the woman was killed.   This character also seems to be suffering from early onset dementia so that clouds her ability to process the situation, and the aftermath. I felt like the narrator maybe wasn't reliable, which is always hard for the reader, but it definitely kept me interested.  For what it's worth, I felt very clever since I had it sort of figured out at the beginning, but there were a few twists that surprised me.
And another B.A. Paris selection, Bring Me Back. 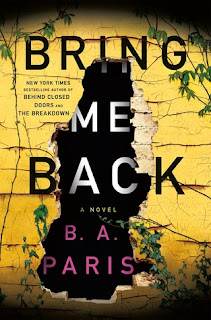 This book starts out with a flashback to the past where a woman seems to disappear from a highway rest stop.   Her boyfriend was accused of being involved but was eventually cleared.  Now its 10 years later and the boyfriend is engaged to the missing woman's sister.  He starts receiving messages that leads him to believe his former girlfriends, the missing woman, is back.  This one also had a seemingly unreliable narrator and a number of twists and turns that I didn't see coming.
I love an Emily Giffin novel, so was happy to find All We Ever Wanted on the library shelf. 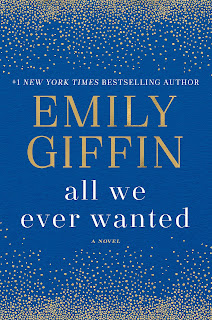 This book was about a rich couple in Nashville with a son who is graduating from high school.  He goes to a party and posts a photo of a half naked passed out girl with a racist caption on his Snapchat.  We hear the story from his mother's point of view and from the father of the girl in the photo.  I really liked how this book handled this topic, and as a mother of boys I considered how we would react if the same thing happened with our son.  I was going to get Dave to read it so he could give me his first impressions, since the mom and dad in the book were not aligned, but I'll just tell him the plot and see what he thinks.   You obviously hope you're raising your kids with morals and values and the ability to make good choices, but things can still happen that are beyond your control.  I've known I could more or less trust E from an early age to make good decisions when it comes to choosing right and wrong, but I haven't felt that same thing with Q yet. I mean generally he's a good kid but he's only 6 and there haven't been any moments that stood out to show me how he would react in certain situations.  I think we just need to keep talking to our kids and modelling good behaviour.