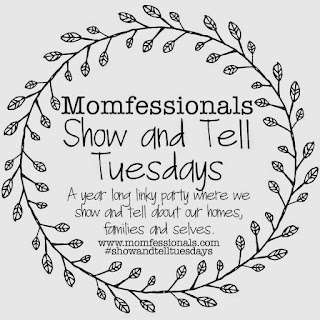 Today's topic is the "Soundtrack to your Life".  There are a few songs that have specific memories for me but also just remind me of certain times of my life.  There is nothing too deep about this Soundtrack, it is really just songs that have played throughout my life.  I could only pick a few, and I know I've probably left out some pertinent moments. The link is the song on YouTube.

Thriller - Michael Jackson
I remember when I was 4 or 5 and being at my aunt and uncle's house in Halifax.  We must have already moved to Nova Scotia at this time.  I remember going to one of the neighbour kid's houses to watch the Thriller video.  It was a big deal and everyone was gathered around to watch it.  Although I see now that the video was released in 1983, so I guess we were a few years late to the party.

Could I Have This Dance - Anne Murray
My mom had this record and I remember playing it when I was little.  Who doesn't love Anne Murray?!  And also, who's mom didn't have the Anne Murray album?

Emotions - Mariah Carey
This was my very first CD.  I remember that it had 10 songs on it and I assumed that every CD had 10 songs and being very confused when I saw CDs with more than 10 songs.

Boot Scootin' Boogie - Brooks and Dunn
I enjoyed a lot of country in high school - Garth, Trisha, Toby, Martina, etc.  This song is still a favourite and will always get me out on the dance floor.

Glycerine - Bush X
Although I loved hip hop and other "teeny bopper" music, I was also a big fan of Bush (or Bush X as they were known in Canada).  I love this song still today.

I Will Remember You - Sarah McLachlan
This was our prom song and so we heard it a lot during our grade 12 year.  I loved high school, especially grade 12.  We had a lot of fun and prom capped off our year, or kicked off a great summer, however you want to look at it.

Jumpin' Jumpin' - Destiny's Child
In second year university, we went out a lot, and this song was always playing.

Escape - Enrique Iglesias
I played this song a lot after third year and into fourth year.  I had it on a mix CD and it was a favourite.  We would sing this song a lot too, at the top of our lungs.

Sonny's Dream
This is an East Coast favourite, and all of the live bands playing in Halifax know this song and play it often.  I requested it when we were in Ireland, and although they didn't play it, they had heard of it and knew I was from Canada.

Hey Ya - Outkast
In fourth year university, I was dating Dave.  He lived with three other guys in a cool house with a big attic.  They had lots of parties and this was a constant at those parties.

Empire State of Mind - Jay Z, Alicia Keys
This is still one of my favourite songs.  It came out when I was moving to Toronto and although Toronto is not New York, I liked a lot of the lyrics.

Wild Ones - Flo Rida
I went to the Flo Rida and Pitbull concert in Halifax in 2012 when I was still on mat leave.  It was a pretty good concert but this song always takes me back to that spring night with my roommates from university.  We had a nice night together.

Wildest Dreams - Taylor Swift
I became a big T. Swift fan with her Fearless album, and I've liked pretty much like every Taylor Swift song since then.  Even E knows that her songs are "mom's songs".

That was fun, it will be fun to go through other people's songs and see what I've left off of my list.