The weather has turned, and it is lighter in the evenings, I feel like things are making a turn.  On Friday night, we ordered some pizza and cleaned up the house.  E played with his play-doh at his table.  This is my worst nightmare, mixing the colours.  I've just got to look the other way, play-doh isn't that expensive. 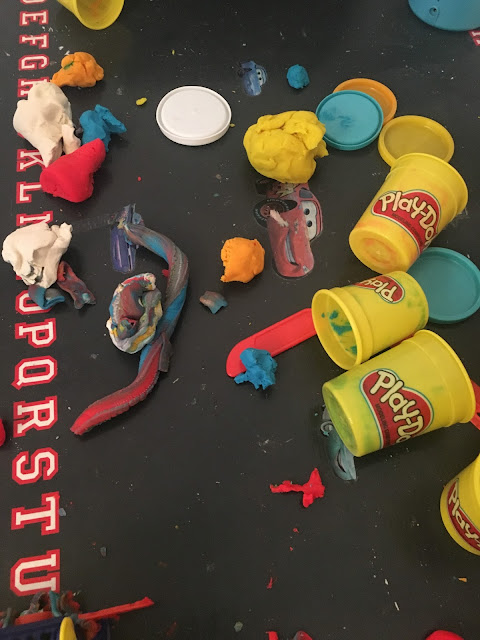 On Saturday morning we did a few things around the house, and then we hit up Home Depot.  The basement has been drywalled and plastered, with the plaster to be completed on Tuesday or Wednesday, and then we can paint.  We picked up some white paint for the ceiling and some grey paint for the walls. 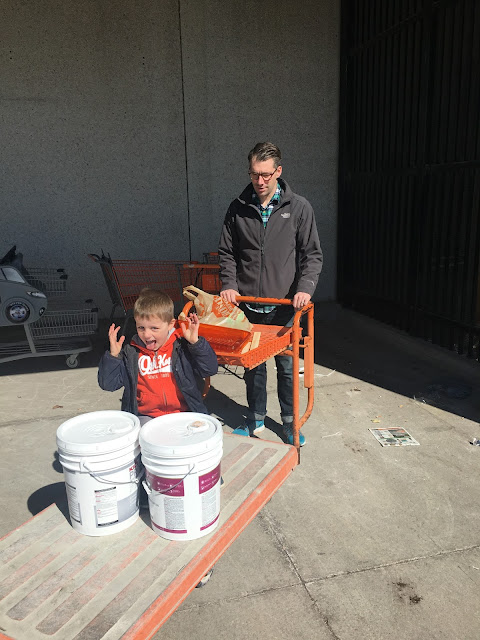 And we finally bought some rugs for our living room and bedroom.  We founds some good deals at Homesense. 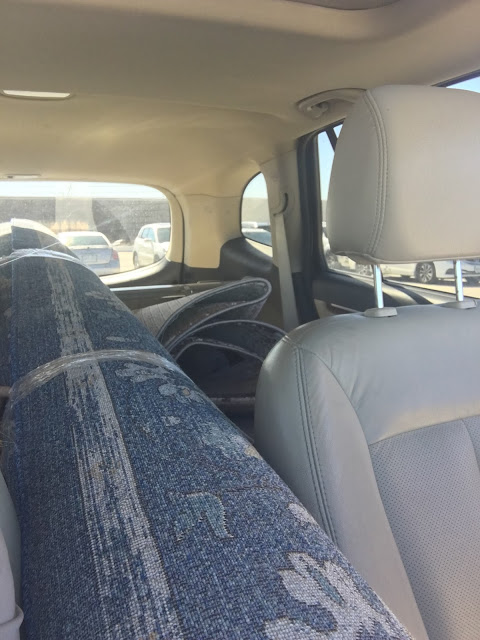 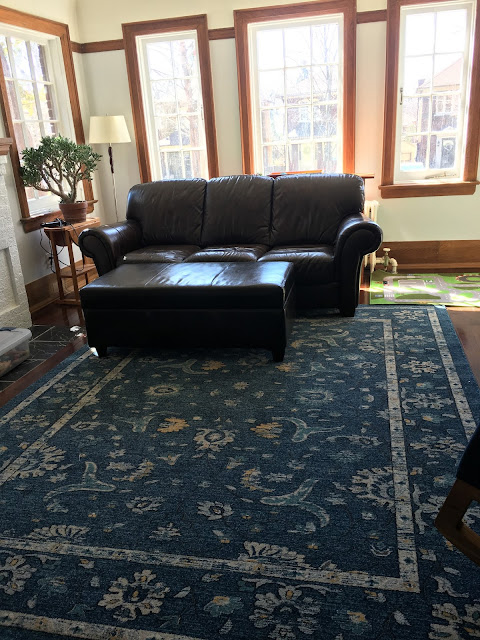 In the afternoon we went downtown on the subway to The Ballroom for a friend's birthday party.   The kids bowled and then went upstairs for some pizza and cake. 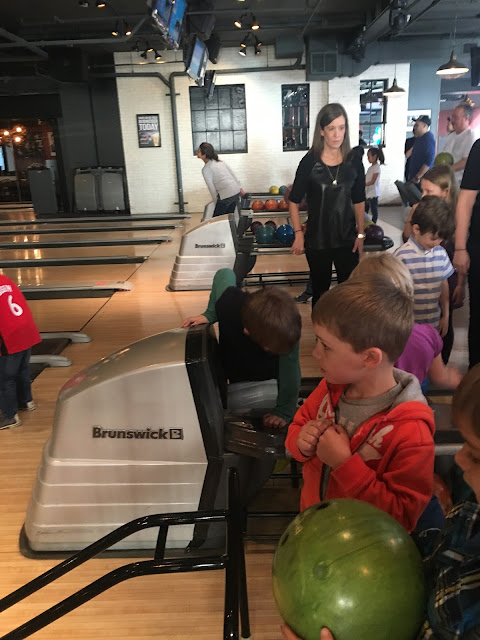 Checking out the bubble hockey game. 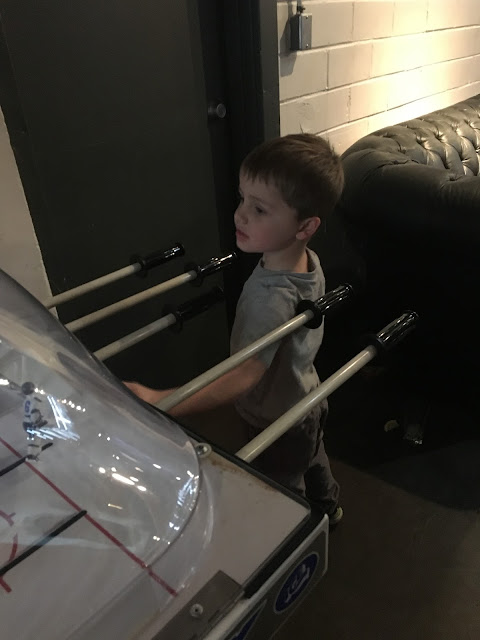 The party ended at 5:00 so we decided to grab some supper while we were downtown.  We went to the Noodle Bar at momofuku.  It was really good.  Dave and I ordered our own bowl and just scooped some into a little bowl for E.  And we shared some pork buns. 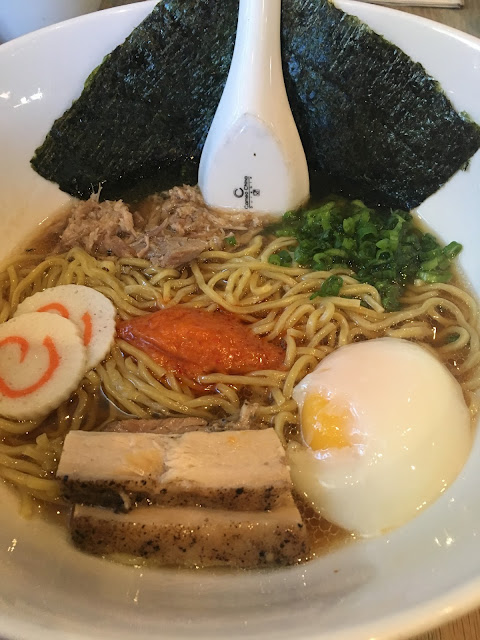 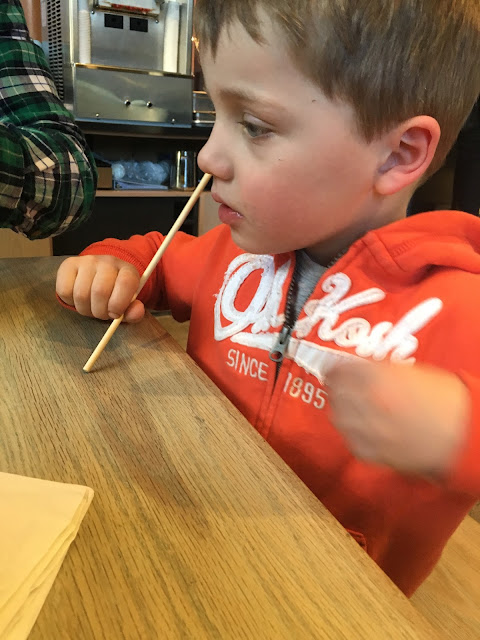 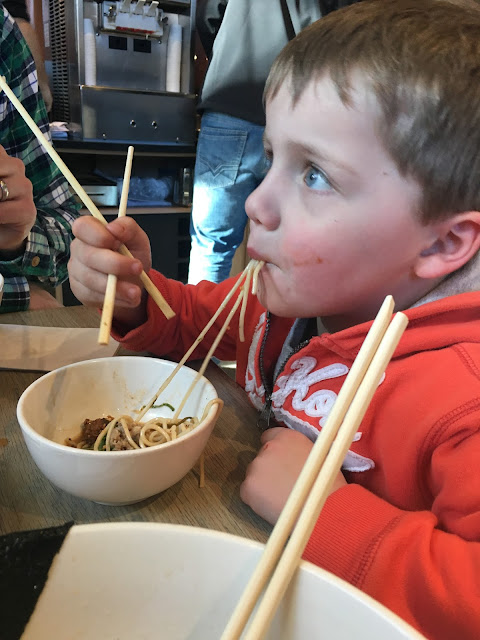 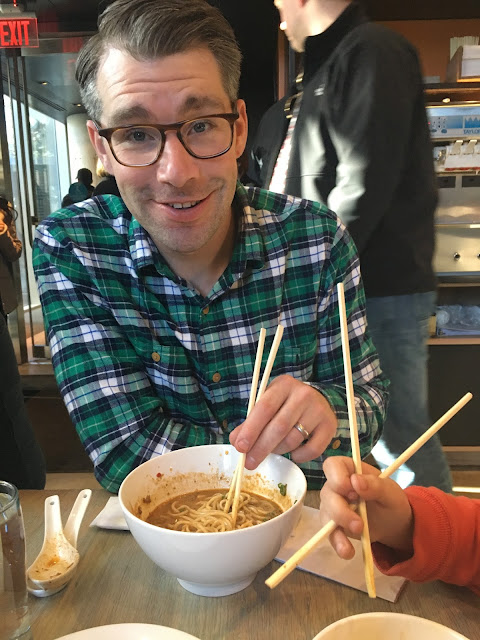 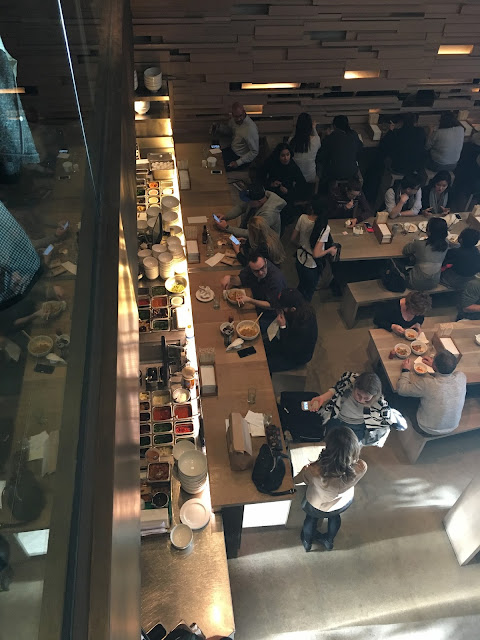 And since we were sitting right by the ice cream machine, the boys couldn't resist.  I preferred the compost cookie from Milk. 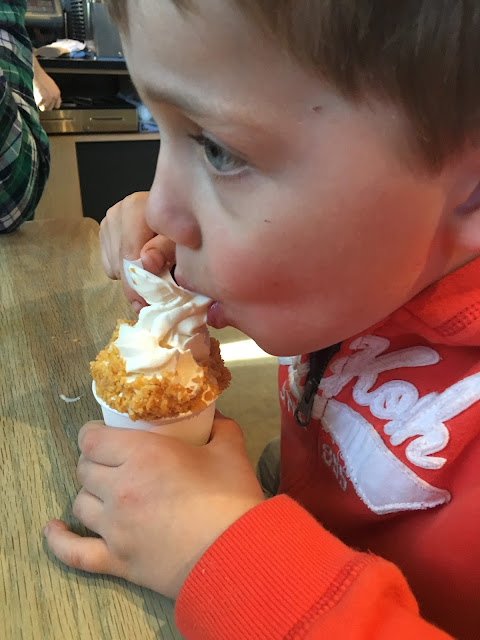 On Sunday we were off early to church because I was playing in the bell choir and we were having a practice before the service.  Dave was going for his run so E had to go with me, but he watched a show on my phone during the practice and was fine.  Then he was asked to help light the candle; this is him practicing beforehand. 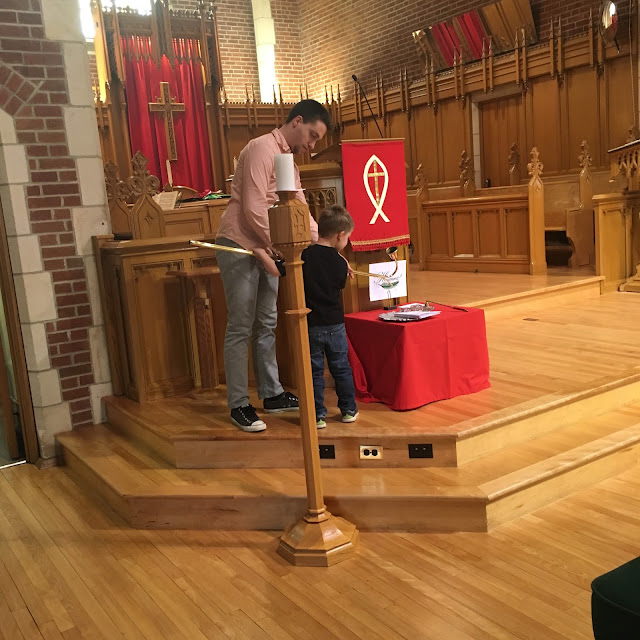 After church, we got home and celebrated Dave's birthday with some pancakes, bacon, more coffee and presents.  He got a few golf related gifts and some Nerf guns.  After a battle royale in the living room/kitchen, we put our weapons away, did some cleaning and grocery shopping. 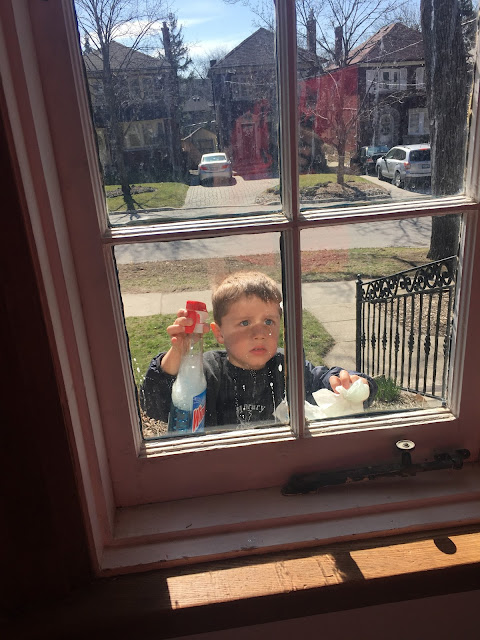 We made some wings and caesar salad for supper, watched the Raptor game, and then enjoyed Dave's favourite, the DQ ice cream cake. 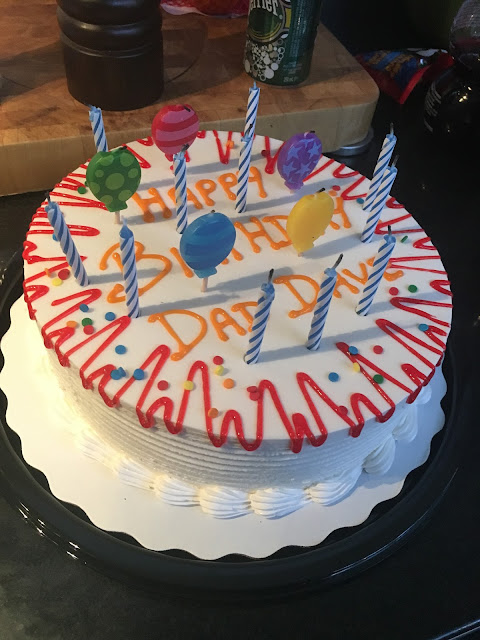 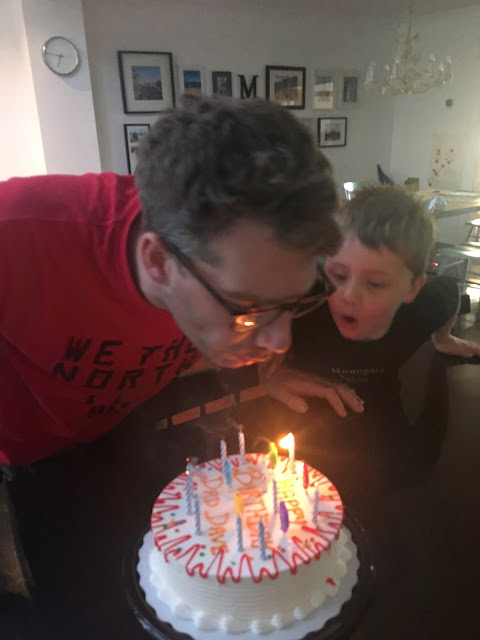 I put up a few Easter decorations and then enjoyed a few shows before going to bed.