Three things going on with us at the moment:


Q
1.  As you would have seen in my weekend recap post, Q got a haircut which is kind of a big deal when his hair was so long and curly before.  Our neighbour and the daycare didn't even recognize him! 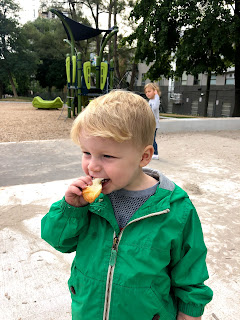 2. Q is a new fan of Paw Patrol.  It doesn't hurt that we have a lot of the toys and that E picks it out to watch on Netflix all of the time.  Q's favourite pup is "Bubble" (Rubble) and he will sit on the couch and ask us to put it on.

3.  When Q gets up the morning, he immediately wants a yoghurt. It's almost funny, like an old man who is set in his ways.  I buy the President's Choice brand Greek yoghurt packs of four, any flavour. (This is the best one in my opinion with the least amount of sugar and most about of protein.)  The other day when we were all out of the small containers, he lost his mind, but eventually tried and ate a bowl of plain yoghurt with berries in it.

E
1. E is signed up for the lunchtime art program at his school.  He asked if he could do the Mad Science but they don't seem to be offering it at his school this term so I went with the art instead.  He seemed excited about it when I told him about it. 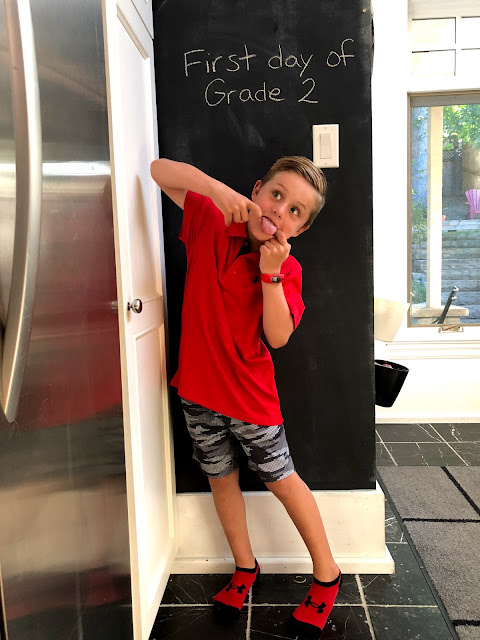 2.  He is excited about the Terry Fox Run at his school and the cross country meet coming up.  The Grade 2's just do a 1K, but he is pumped.  He did really well last year and almost sprinted the whole thing.

3. When he is going to bed, he likes to ask what we are going to do the next day.  Last night he wanted to know what we would have for breakfast and supper (and I asked him what he wanted in his lunch), so he's turning into me, always thinking about the next meal.

Dave and Me
1.  We are on the healthy eating track, the first week of six.  So far, so good.  I am much better with disciplined eating when I have a good plan to follow and I know there is an end point (there will be no eating restrictions at Disney!). 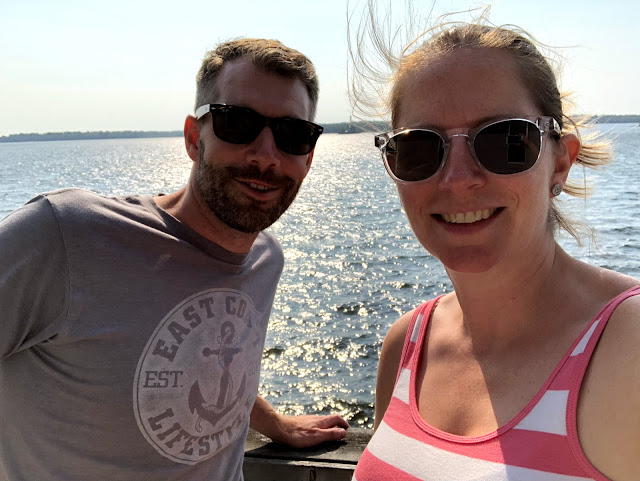 2. We are both busy at work this month.  Dave's year end is the end of September and I have three large transactions that all want to close September 30.

3.  We are going to change our cable package.  We have so many channels that we never watch and now Bell offers this a la carte option so you can pick and choose your channels.  We have decided to let HBO go for now, but when Game of Thrones comes back on, we can always add it back then!