I have loved Seinfeld for many many years.  I can recall watching episodes in high school (is it possible that they were showing reruns even while they were making new shows?) and there was something about it that drew me in.  I sometimes wonder if I am who I am because of Seinfeld or I like Seinfeld because of who I am.  Perhaps it's a little bit of both. 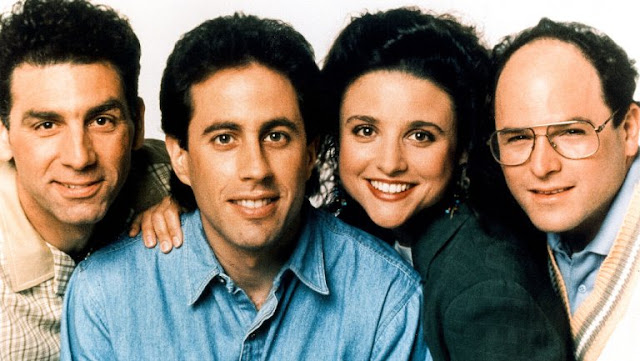 The obvious reason I like the show is that I appreciate the sense of humour; Jerry's sarcasm and his timing is my type of comedy.  The other characters are even better than him. Not that I don't like people and I'm not a unsocial person, but people are just the worst sometimes and I can appreciate Jerry et al's disdain for them. 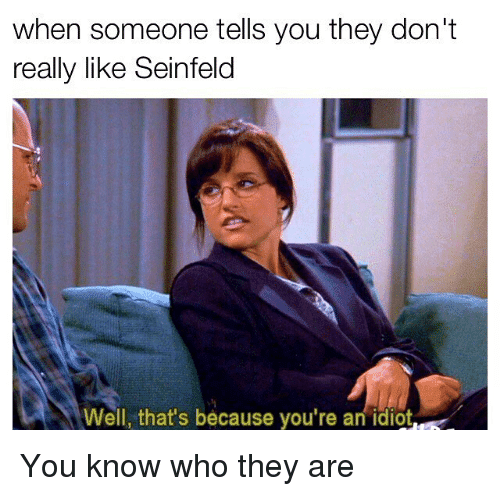 Since I've seen all of the episodes multiple times and since they are about "nothing" I find that something from the show comes up in some form everyday.  This has helped sustain my appreciation for the show over the years.

Now if only Netflix could get all of the episodes I wouldn't have to get my DVDs out to watch the entire series all over again... 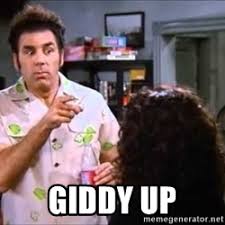 Labels: television, Why I