I still think vividly about 9/11 on this day, and when I've visited New York.  I know so much has happened since then, but this was a formative moment for me. #neverforget

I was out of the office on Friday so I was able to go to Costco in the afternoon and then picked up the boys early.  When I got home, we enjoyed the warm weather in the backyard, and then ordered pizza and ate it outside. 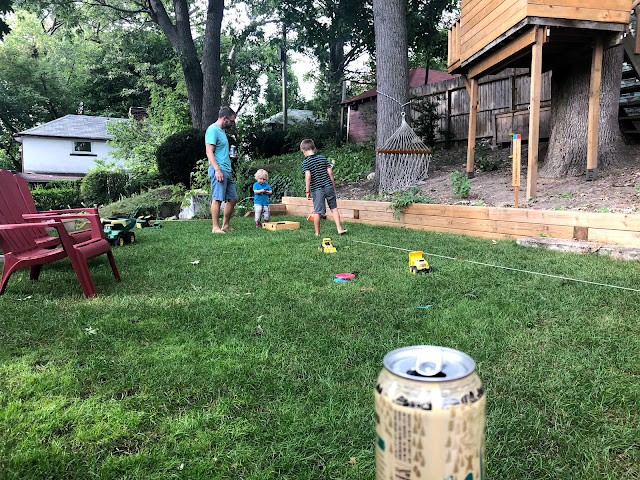 I was up early on Saturday morning for Toronto Rec sign up. For the first time ever, I clicked once and got right into the platform to register.  I got both boys signed up for swimming lessons on the same day and time. 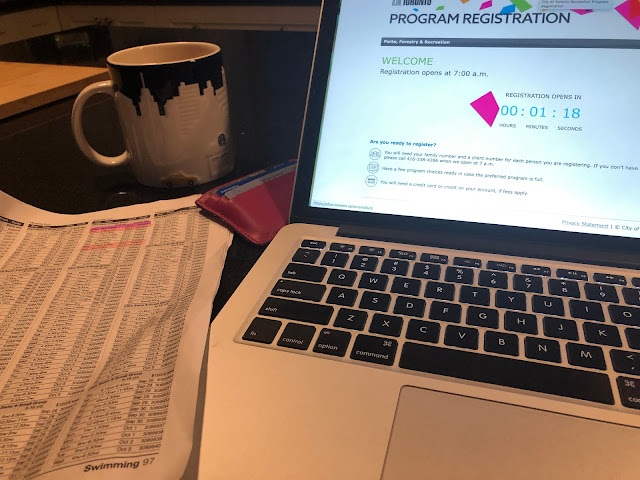 After that I wasn't sure what to do with myself since this process can take up to 45 minutes sometimes.  I heard Q stirring upstairs, and so I went up and grabbed him.  He had his morning yoghurt and a few other things.   This is also the last photo of him before his haircut so you can enjoy his golden locks for a minute. 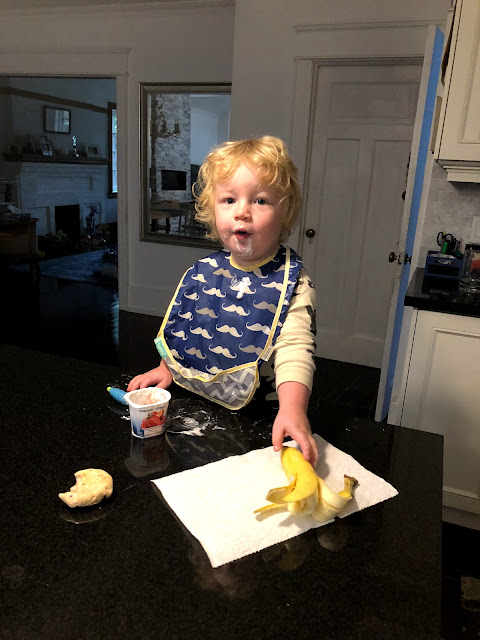 It was a little cooler in the morning so we could open the windows and curtains.  It was so nice! 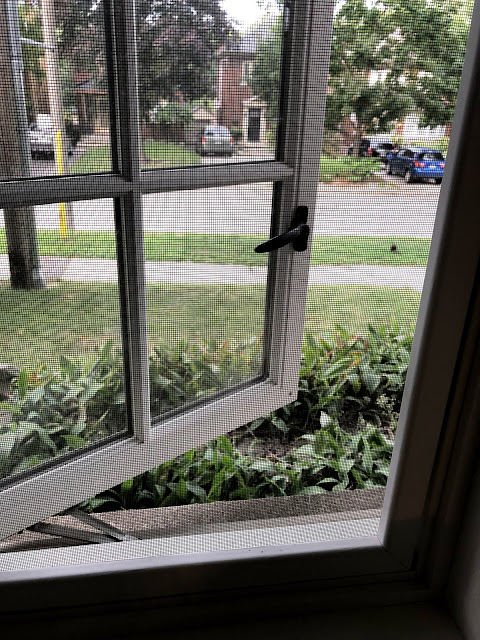 E got up a little bit later and had his breakfast. 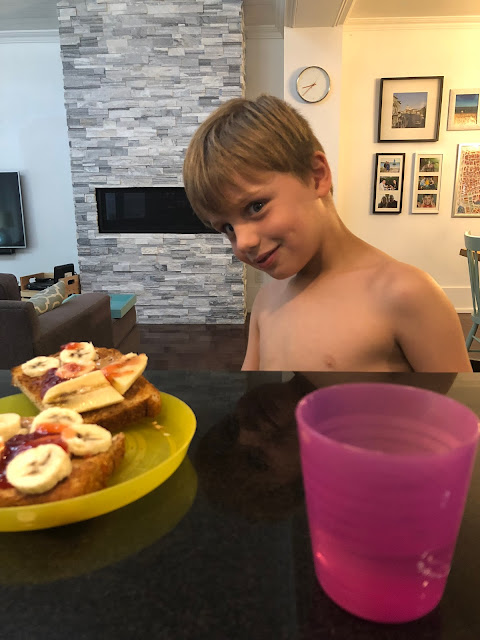 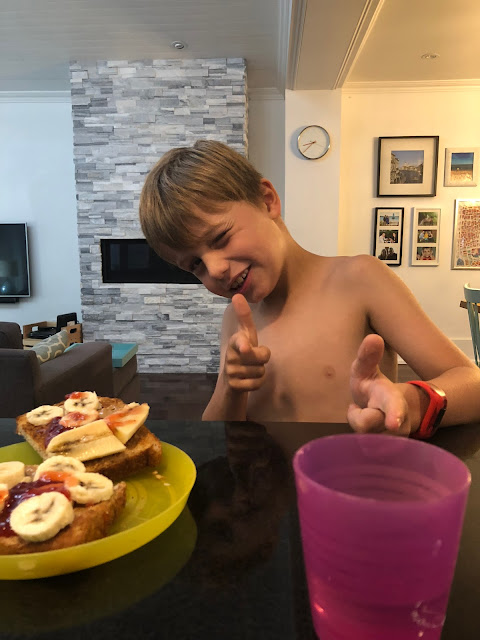 Dave took Q to get his haircut and I pick up a few things.  Apparently he was quite the superstar and sat well in the chair.  This is his second haircut.  We didn't want to cut off his cute curls, but now that the humidity is gone his hair isn't as curly so it's just long and in his eyes. 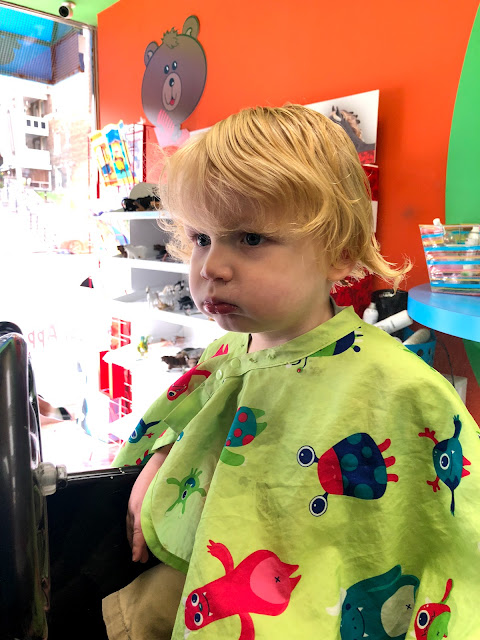 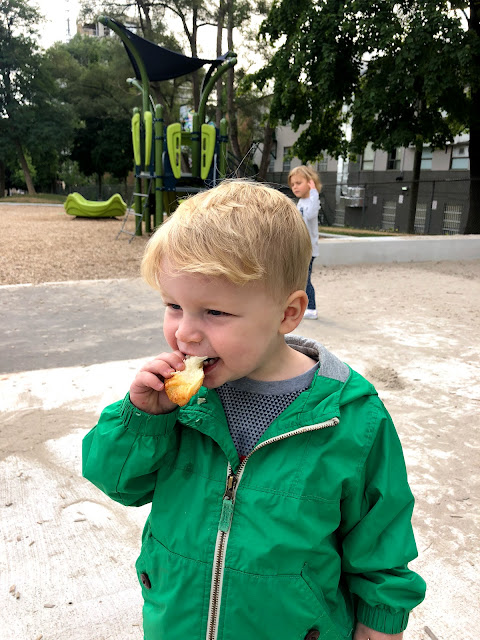 While they were gone, I cleaned the house and E followed me around and played with different toys.  We invited our neighbours over for a back to school BBQ.  Besides cleaning up the house I didn't have to do too much else - we were just supplying the burgers and hot dogs and everyone was bringing a salad or dessert.   I even had time to get a pedicure.

All ready for our guests. 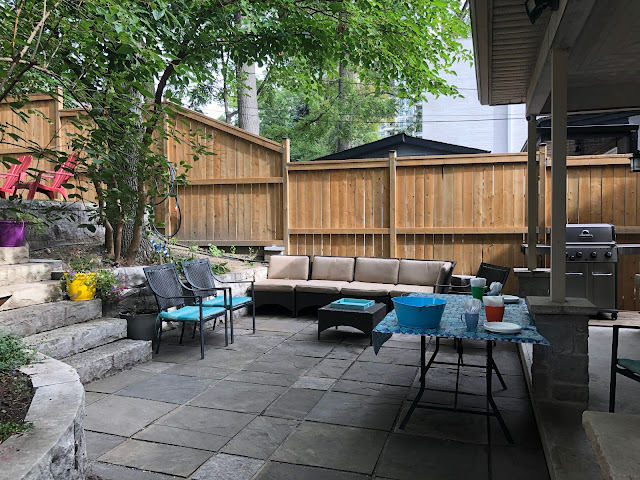 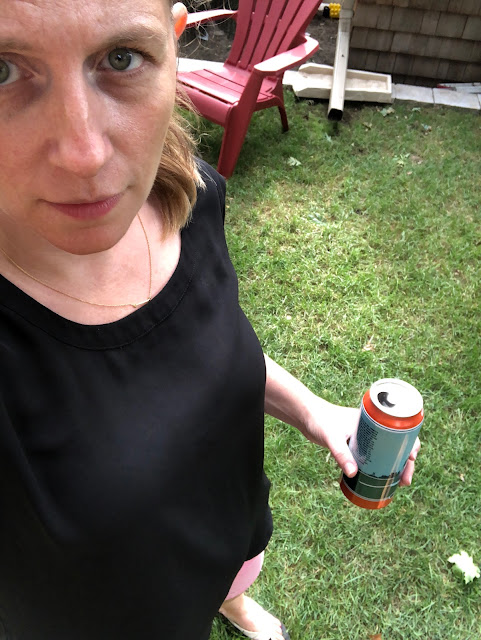 Mid-meal.  When you've got about 10 kids, it's a little chaotic and everyone is just helping themselves, but I love it. 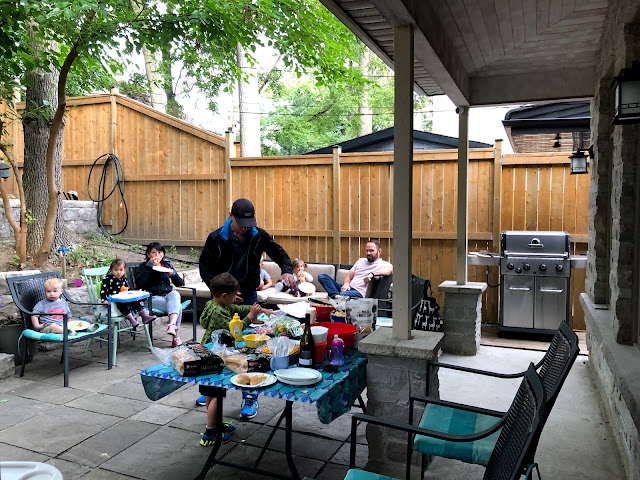 Q ate a few snacks so he was only interested in a some handfuls of pasta salad for supper - and then of course a few cupcakes. 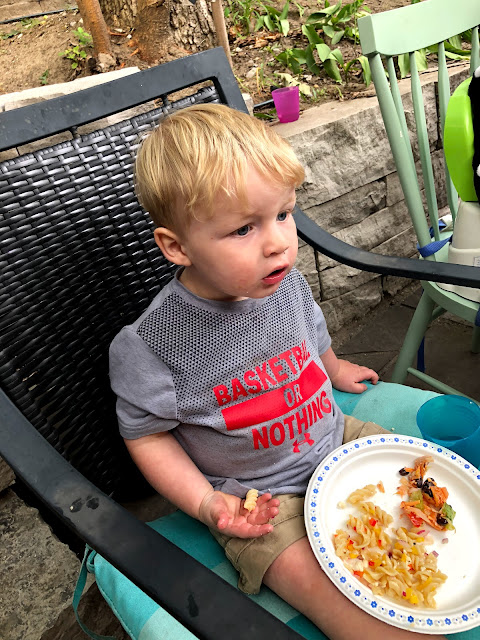 Some boys playing with the robot. 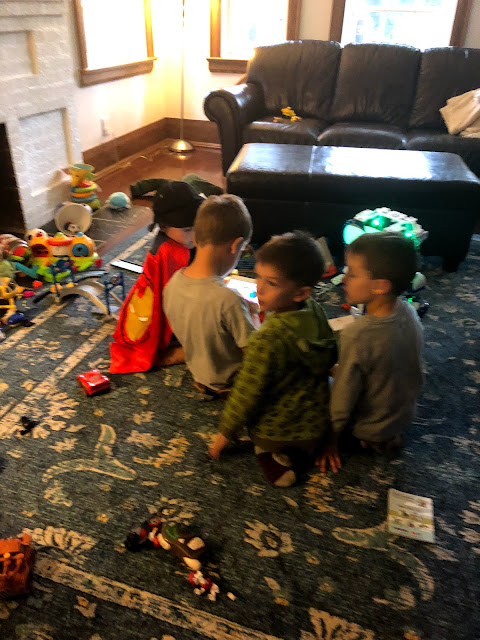 As soon as we got everything cleaned up outside, four raccoons and then a skunk came by to pick up whatever crumbs and scraps were laying around.  I joked this was our cleaning crew. 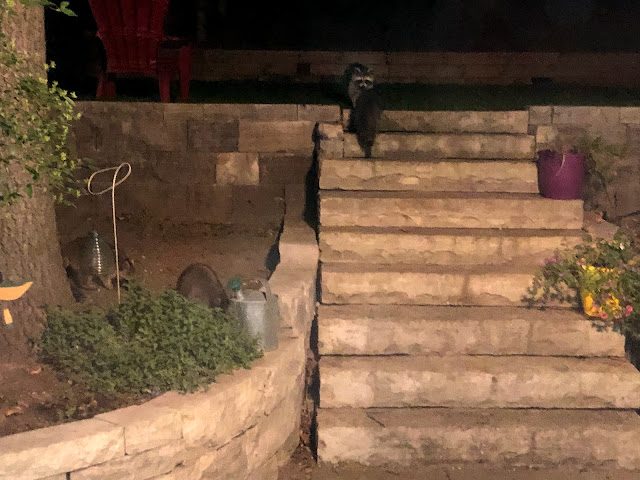 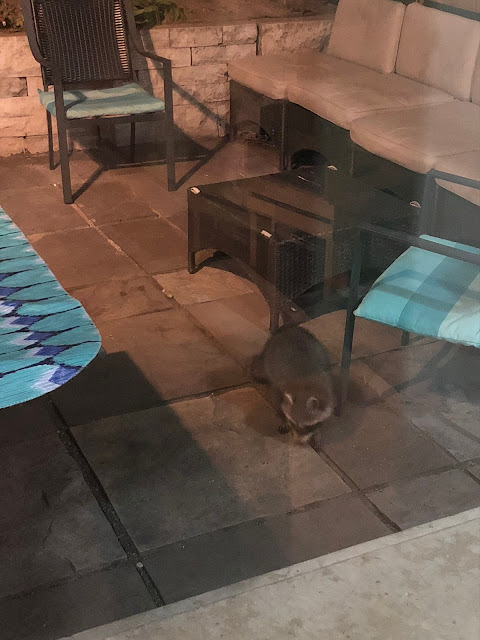 On Sunday morning, I slept in a little bit while Dave got up with Q.  When I got up, I did an online grocery order, ate some breakfast, watched a movie, and then tackled the basement.  Whenever we have people over this is what the basement looks like, but I really don't care.  I actually like putting it all away since everything has its place. 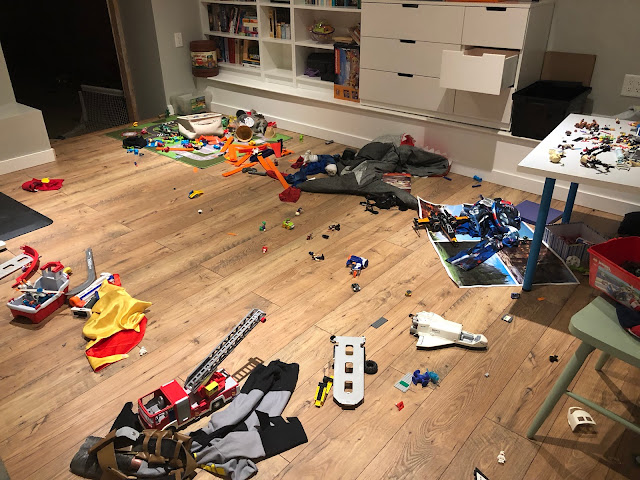 Then I had some leftover treats from our BBQ with my coffee. 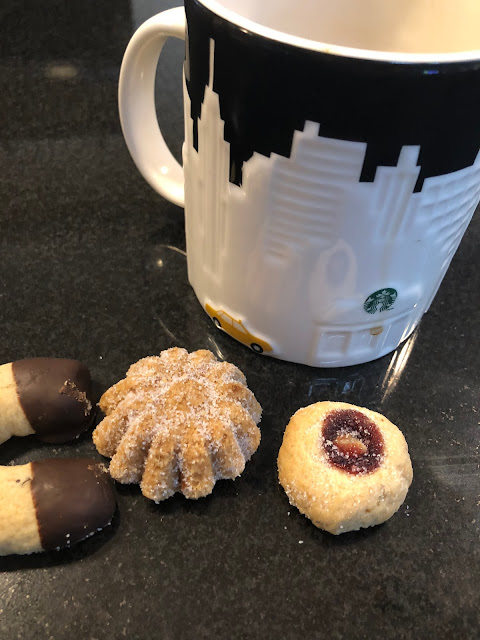 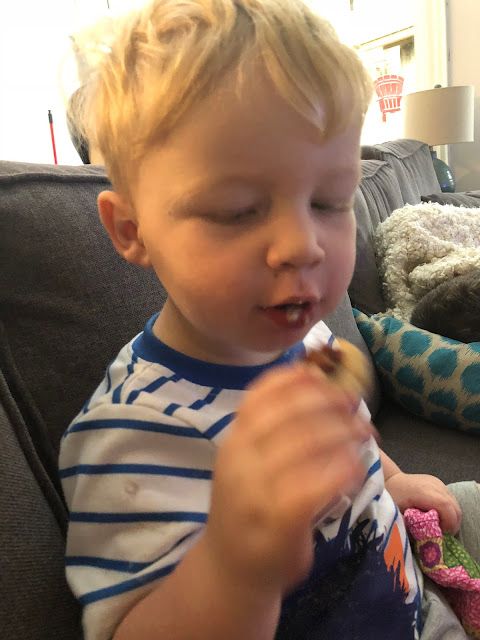 E was playing in the all-star soccer game at High Park, so we got on the subway and headed over.  It was chilly!! I wore jeans for the first time in a long time.   E was goalie and made a number of great saves and only let one in. 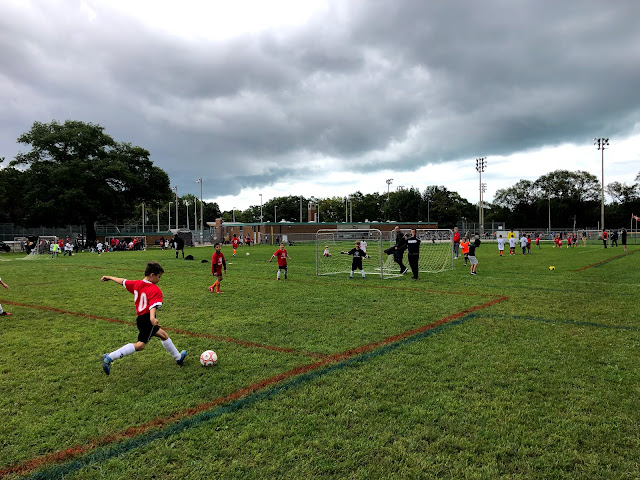 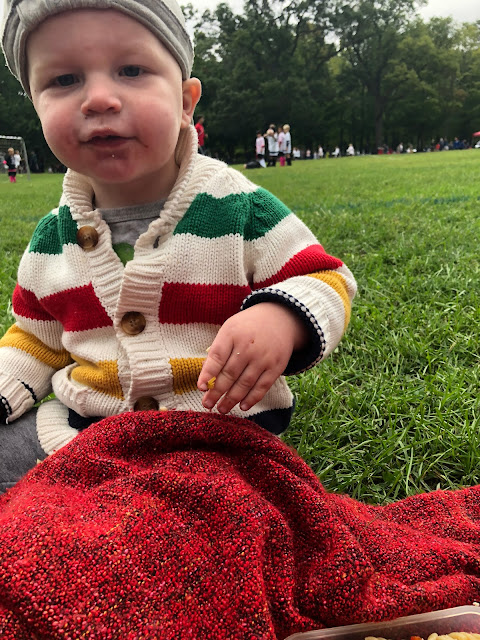 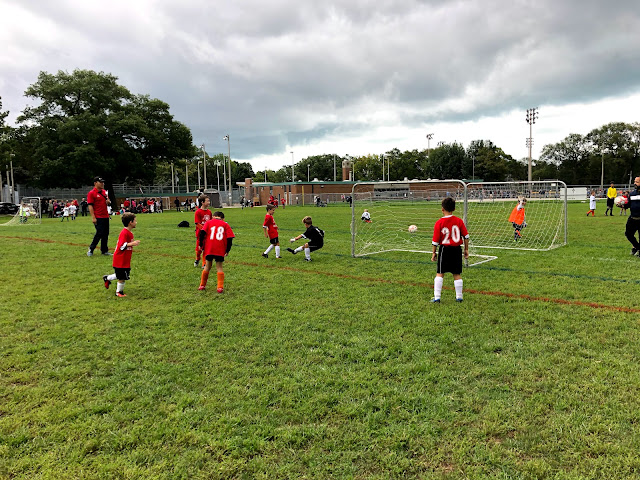 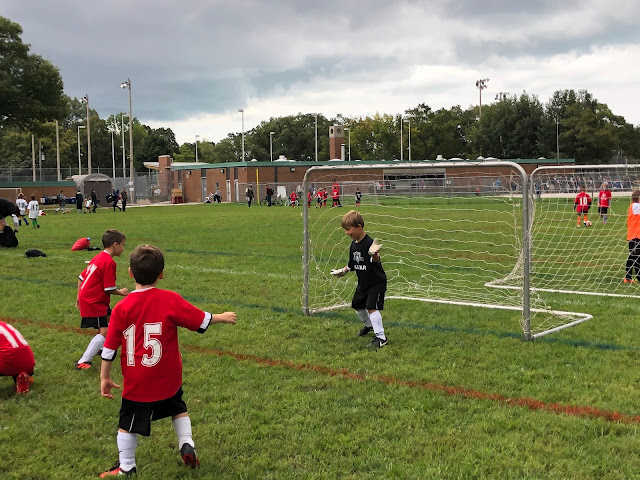 See the grey clouds, but no rain. 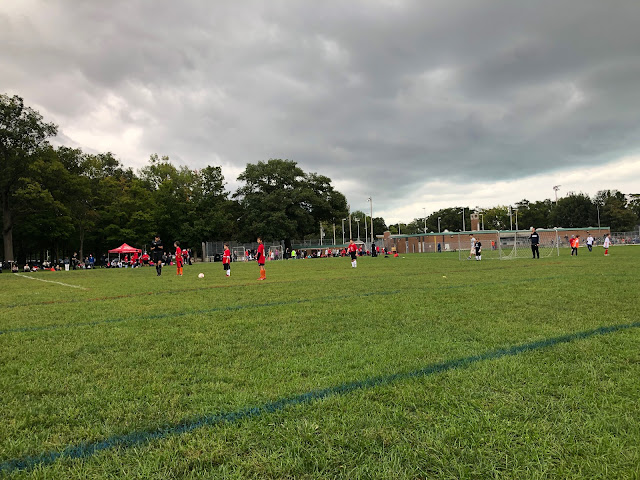 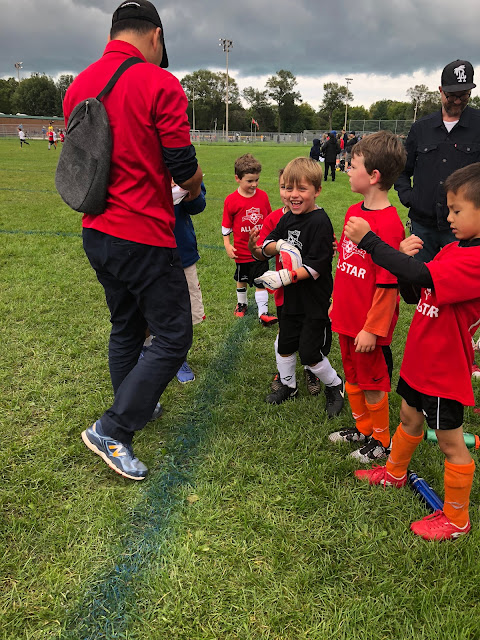 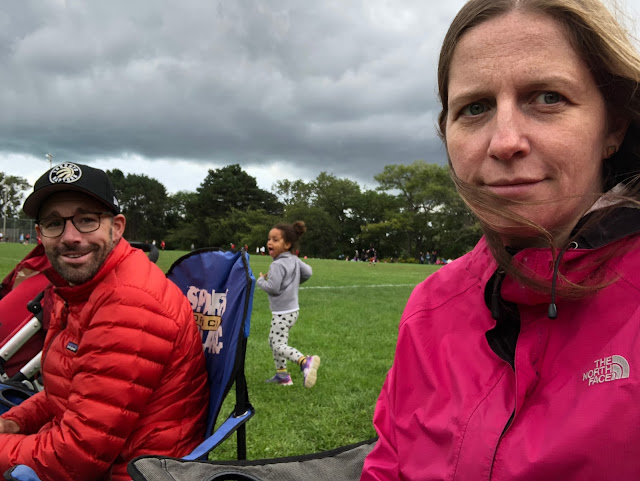 After the game, I took Q home for a nap and Dave and E went out for lunch with some friends.   I relaxed on the couch and watched most of The Guernsey Literary and Potato Peel Pie Society on Netflix (I read the book, the movie is great).  Then I made a bunch of food for the week - turkey chili, almond energy balls, and apple muffins. 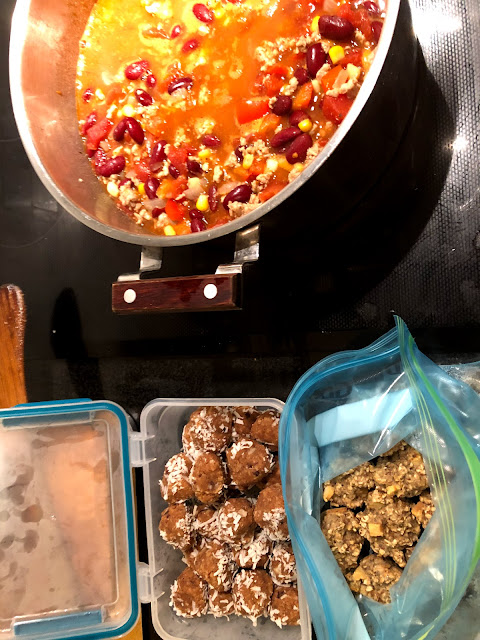 We had some leftover hamburgers and salad for dinner and watched several episodes of The Great British Bake Off before going to bed.