A pretty easy weekend around here, which was great.  Our Friday night started out with Dave's offensive version the raccoons and skunks.  We got sod put in last fall so this was our first year with a real backyard.  Dave has worked hard all summer to keep it looking good and patching holes made by the squirrels, et al.  But it has really gotten bad over the past few weeks so Dave decided to get some fencing to lay down over the grass at night time to protect the new seeds.  He takes it up the during the day so the grass doesn't get tamped down. 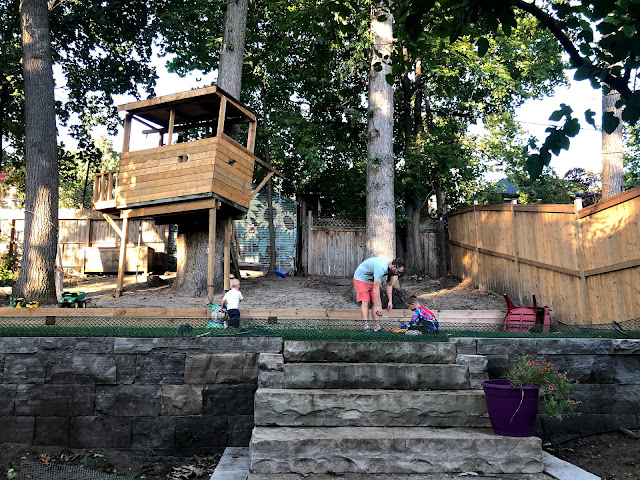 We were up early on Saturday morning for E's last two soccer games at High Park.  It was a little chillier than the day before but the sun was out and it was a lovely morning. 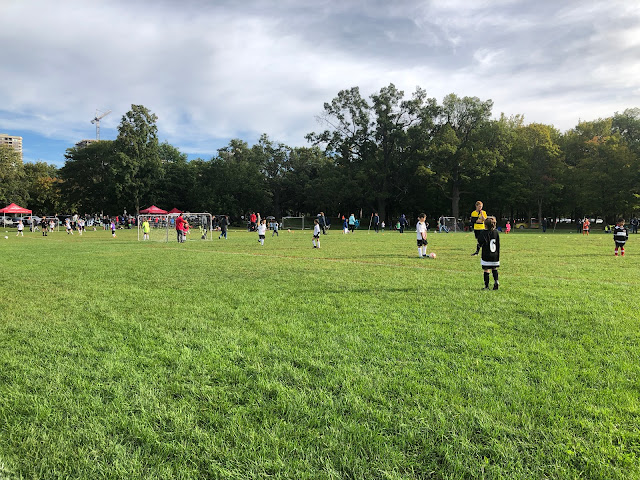 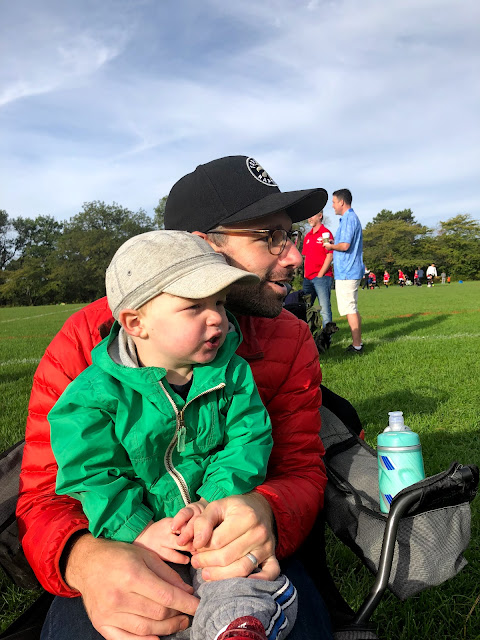 I took Q over to the playground for part of the first game.  He's saying "Cheese". 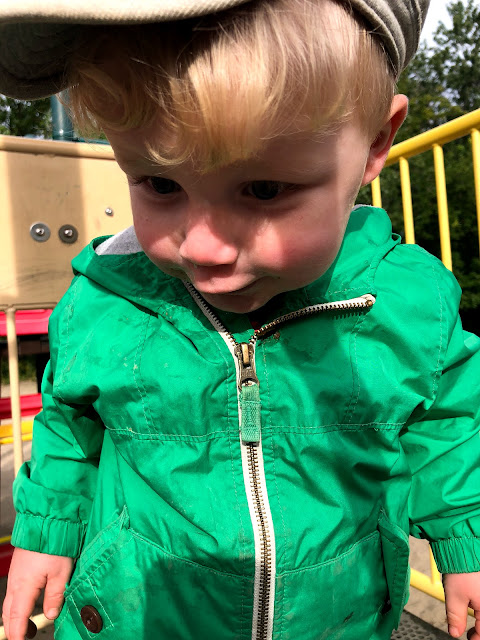 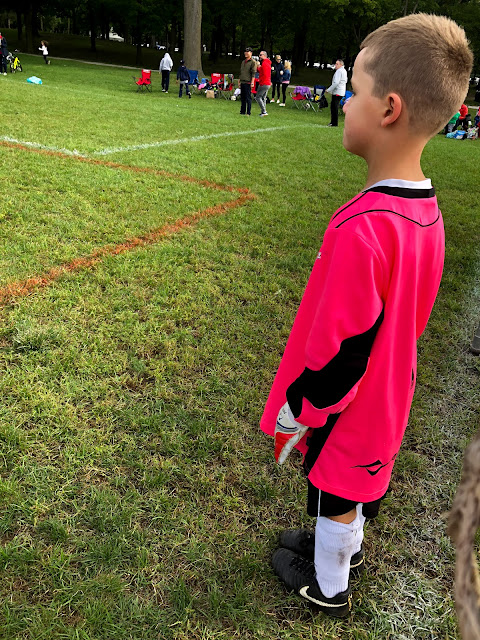 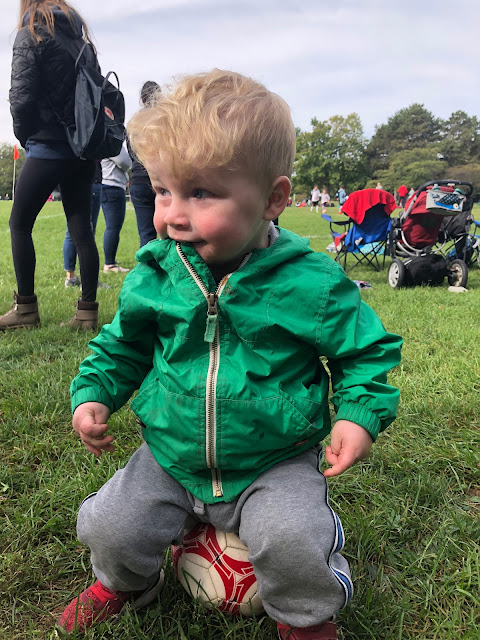 The team gathering to thank the coaches. 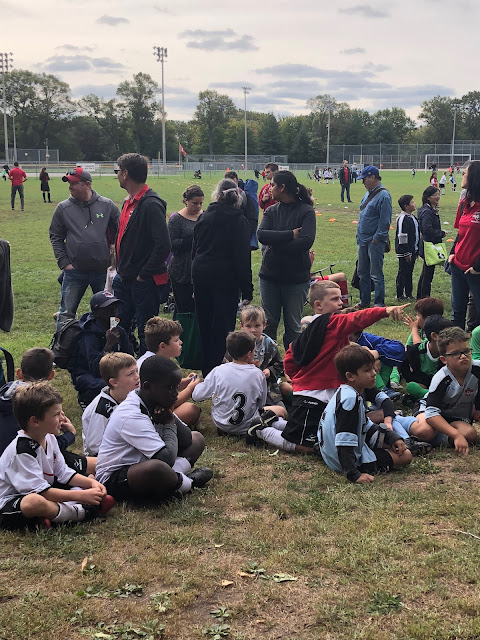 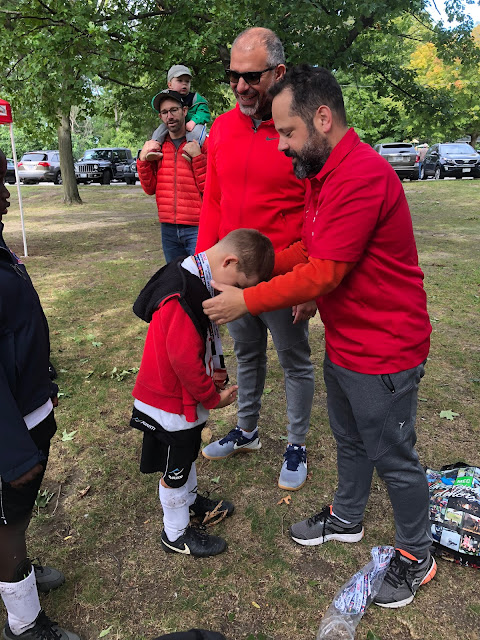 We came home for lunch and Q's nap.  And then we found out we had a visitor on our front porch. This racoon had been there all morning and we hadn't noticed.  He seemed to just be sleeping and we figured he was too afraid to leave in the daylight so we just let him be.  He was still there at supper so we called the city and they sent an animal control person to get him.  She tried poking him and getting him to run away but he didn't want to run, and he seemed to be limping, so she collected him and took him away.  Very exciting Saturday evening! 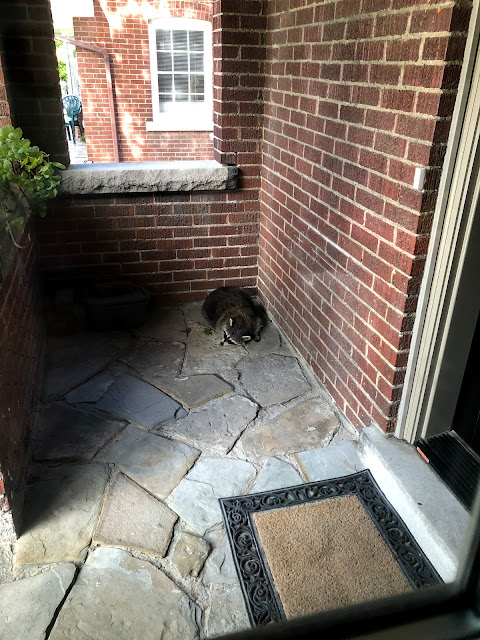 Aside from that we just did stuff around the house, watched the golf, and went to the playground.  In the evening I went to see Crazy Rich Asians with some of the ladies in the neighbourhood.

On Sunday morning Dave went for a very early run.  I tried playing the piano for a few minutes but Q elbowed me out of the way so he could "play" instead. 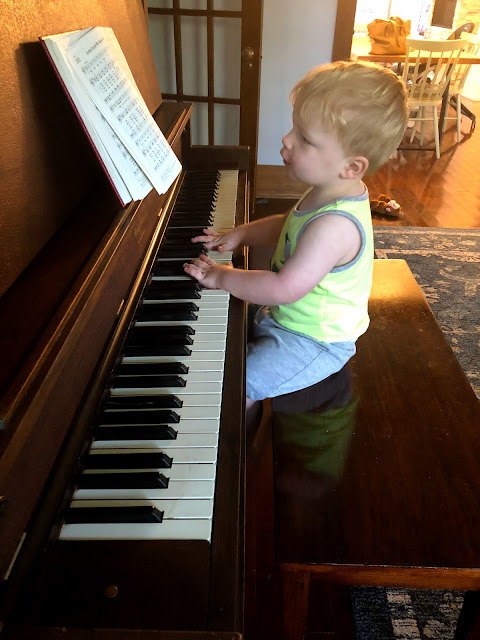 We went to church and the boys had some "Welcome Back" cake afterwards. 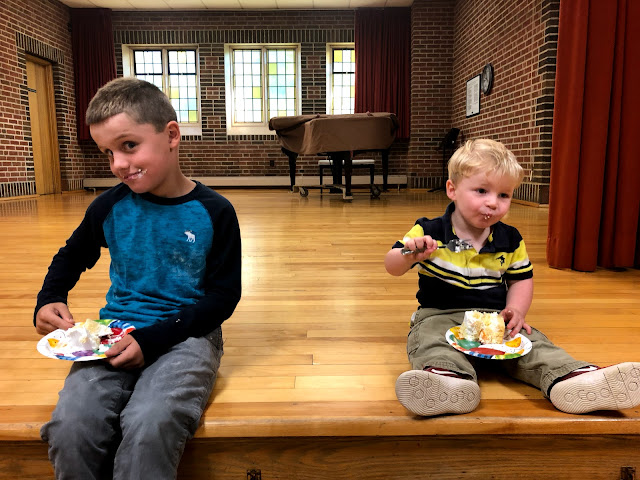 I prepared food all afternoon.  Dave and E went for a walk and Dave did some more work on the raccoon/skunk campaign - closing off openings to our yard and spreading out some cayenne pepper and other deterrents.

We also watched the golf, and I can honestly say I was rooting for Tiger.  I was hoping Rory could have given him a little more competition but it was okay. 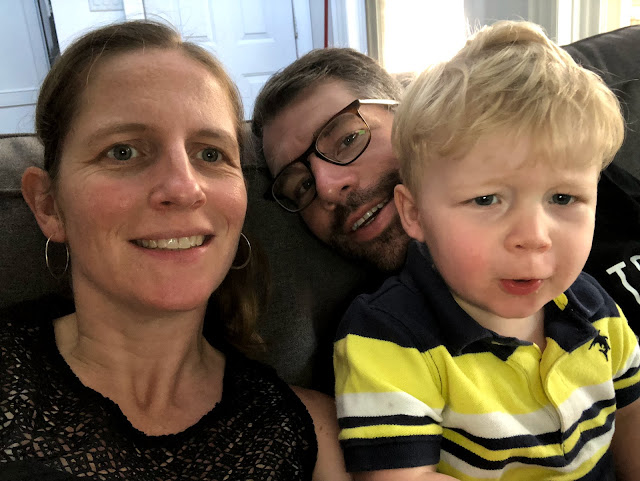 I ended my evening with candlelight yoga and a hot lemon, ginger, and honey drink.