This weekend starts on Thursday (although we both worked on Friday).  Dave and I picked up some seafood at Mike's Fish Market in Toronto and then we drove to Sarnia to pick up the kids.  They had been at Dave's parents' house for the week.  I have been wanting to get oysters all summer but we never got around to it.  This was better since we got to enjoy them with Dave's parents.  Three kinds from PEI and one from NB. 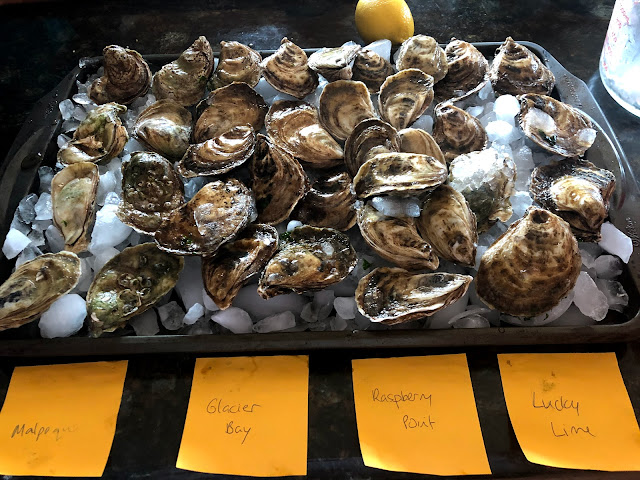 Doing the shucking ourselves (usually we pick them up already "popped") so safety gear (oven mitt) required. 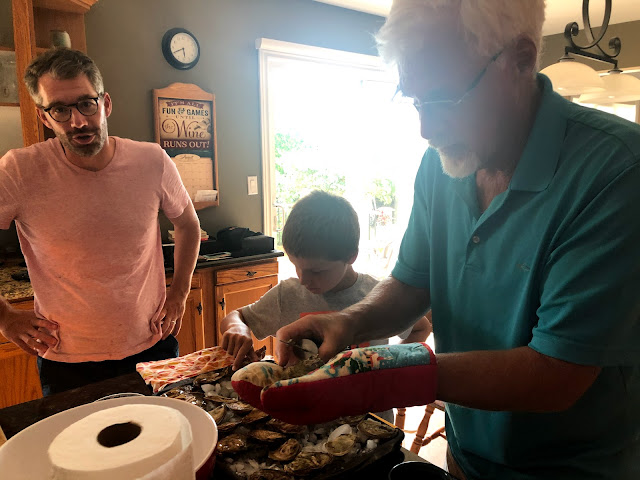 E had a few as well. 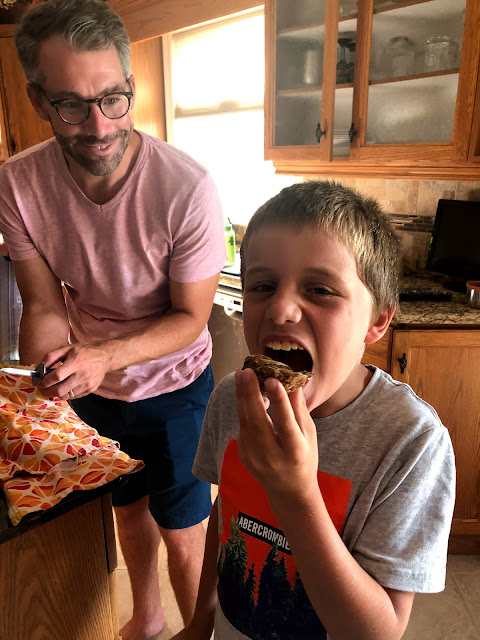 And we got some crab legs (and Dave got a tuna steak since he can't eat crab). 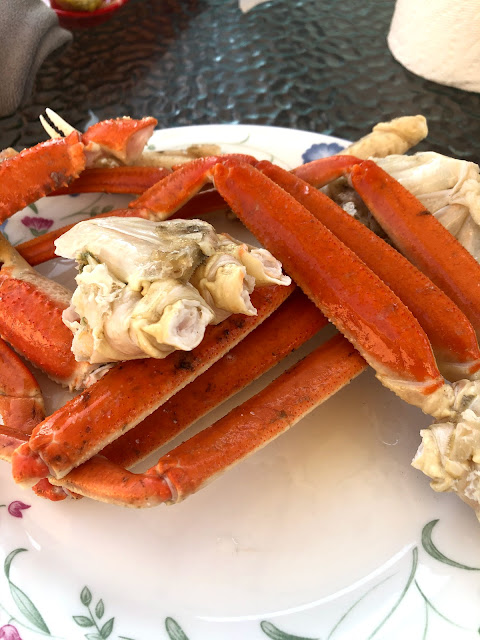 Q had chicken nuggets and corn. 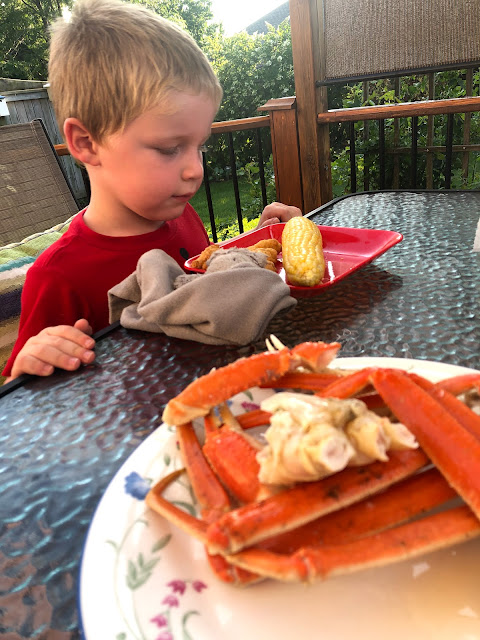 The next day was Friday and it was a rainy day in Sarnia.  The kids watched some movies in the morning, played video games, got outside for a brief walk, and we made it through the day.  After supper we had a birthday cake for Dave's mom. 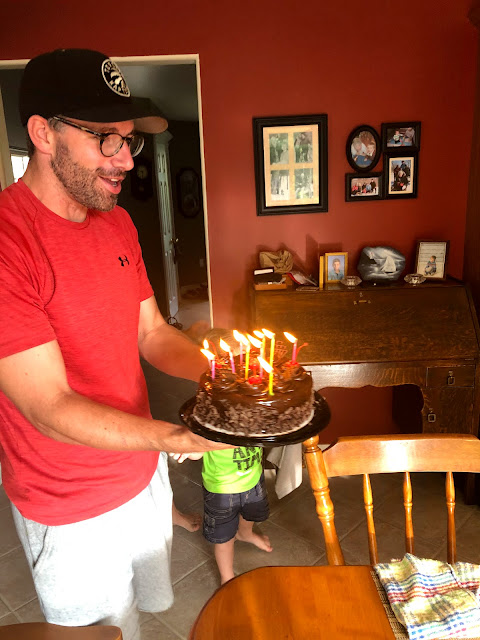 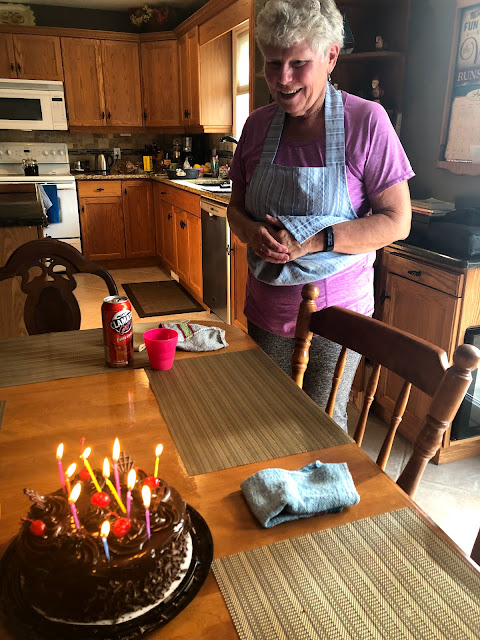 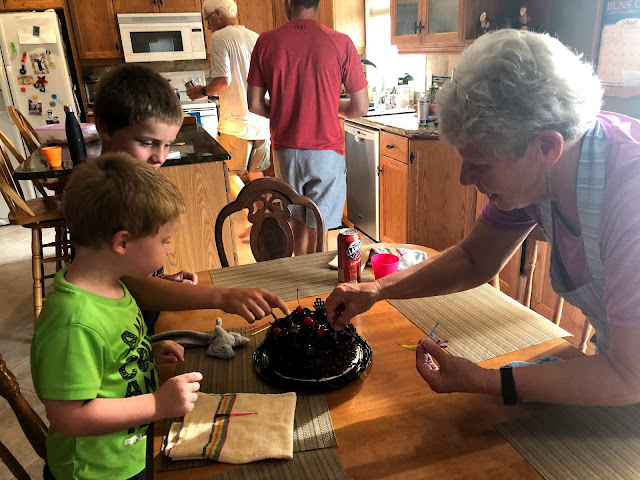 On Saturday we went golfing (while Carol and Q went to the playground).  It was E's first round of 18 holes and he did well to make it through the whole round and his energy never faltered.  It probably helped that he and I drove around in a cart and he got to drive it sometimes too. 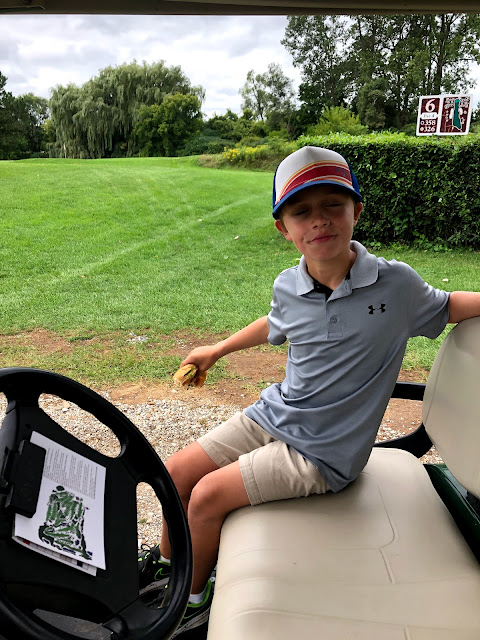 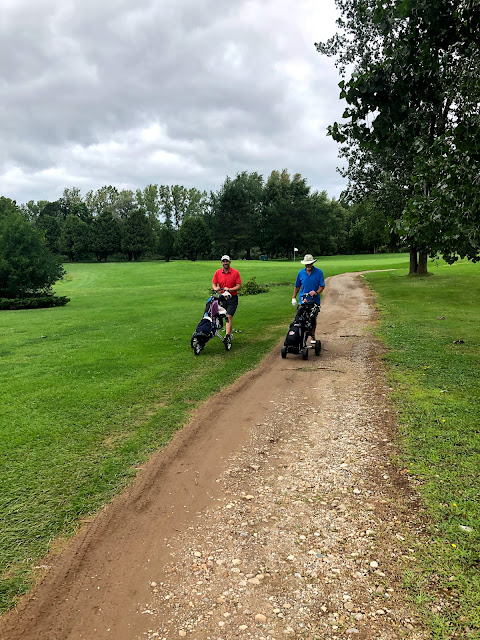 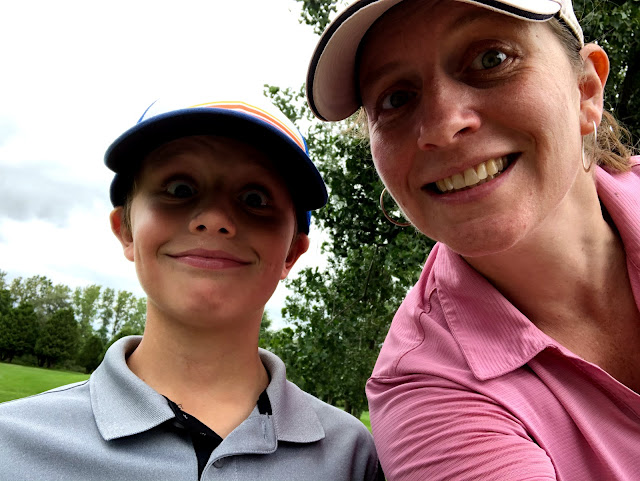 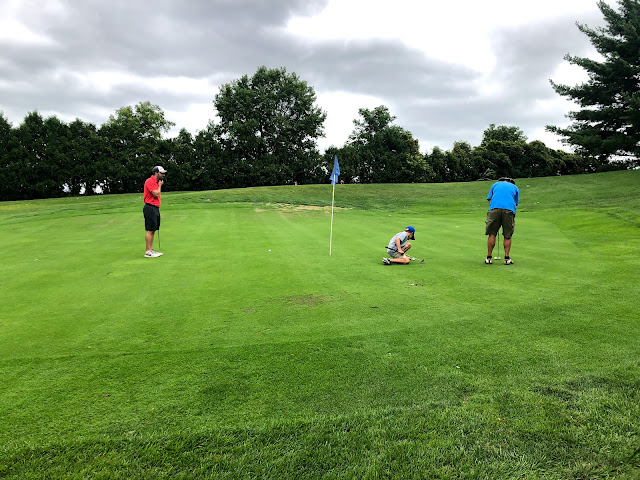 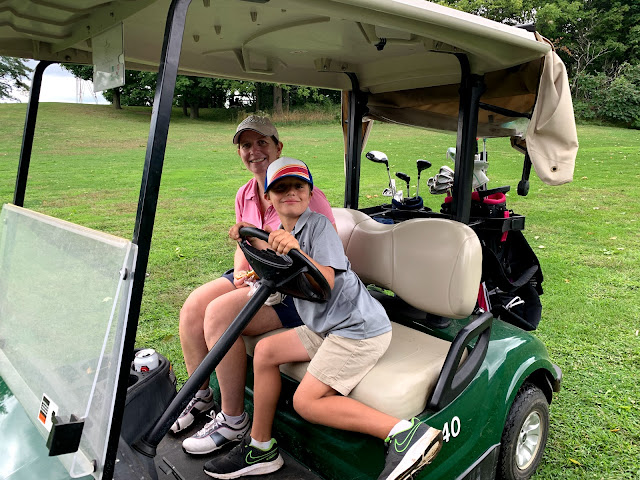 We had pancakes on Sunday morning and then we left to drive home. 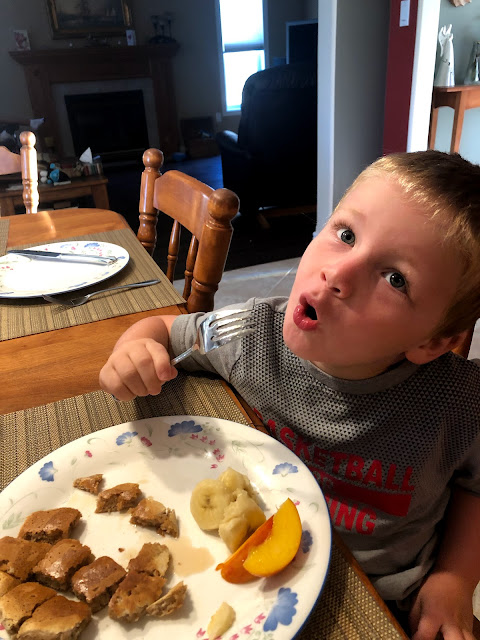 We watched the Raptors game, which wasn't great, but glad to see the Jays win.  I had told E to unpack his suitcase and tidy his room and then he could play on the iPad.  I gave him my phone to take a picture of his room to prove he'd done it, and when I got it back there were several selfies.  Here are just a couple (and yes, he had cleaned up his clothes). 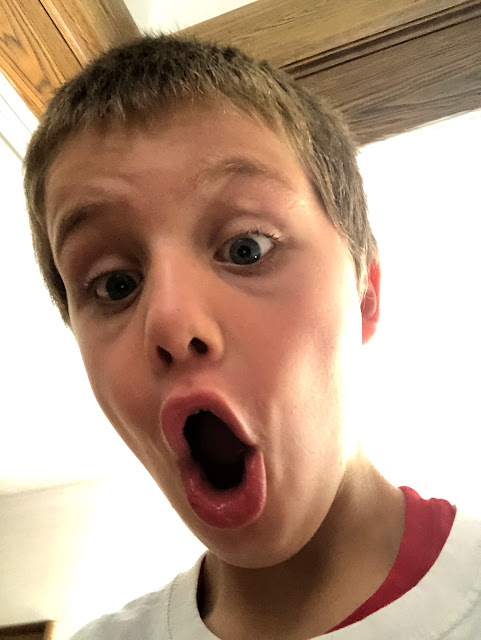 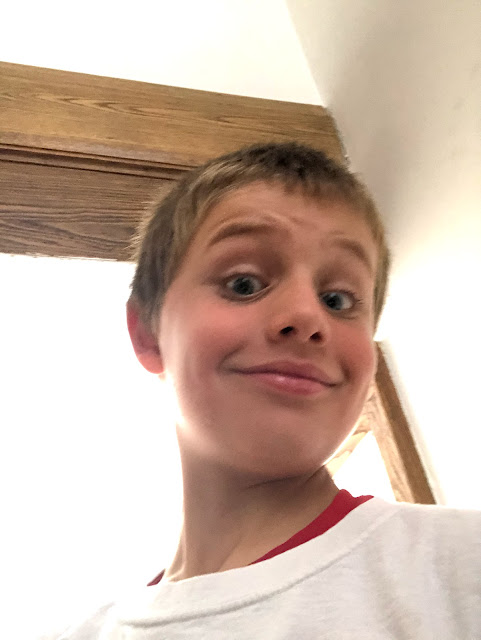 Q played with the Switch downstairs and then fell asleep. 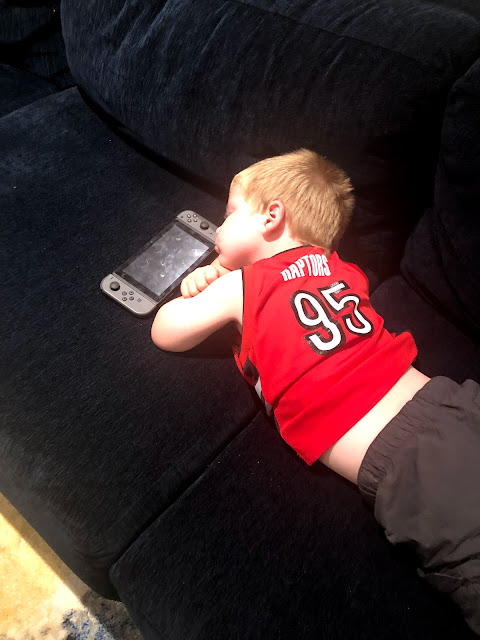 We ordered some pizza for an easy supper, I picked up our grocery order, and we had an early night.