Happy Friday!  We made it through another week of lock down (and for anyone reading from the US, yes, parts of Canada, including where I live are still in lockdown mode).  I have been mostly understanding but I'm getting fed up.  I'm not sure how decisions are being made anymore, but there seems to be no rhyme or reason to it.  Anyway, moving on!!
I missed this photo for my Mother's Day recap where I napped and the boys sat on me.  It was mostly fine but then my hip started to hurt so I made them get off of me. 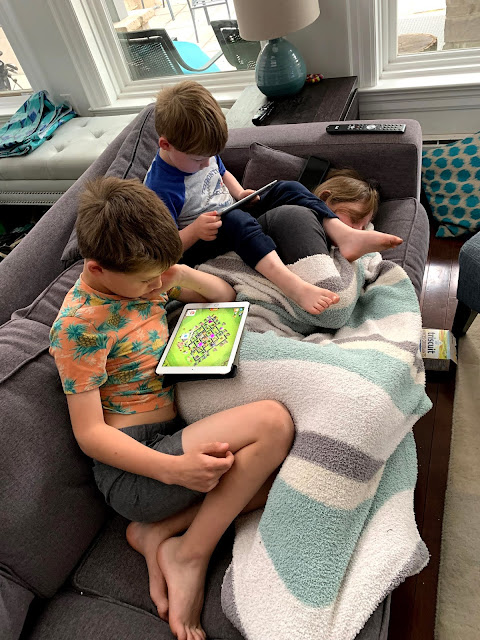 I posted about our backyard organization on Wednesday and said we hadn't gotten around to picking up any plants yet.  But then the weather got a bit warmer so we got some herbs and lavender to plan this weekend. 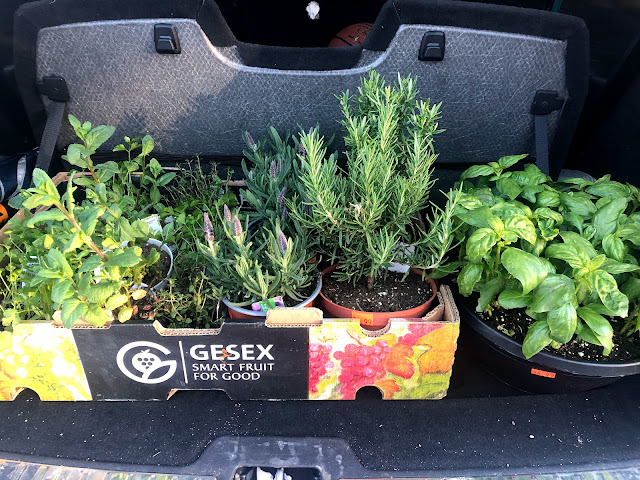 Q helped peel the potatoes for supper one day.  He mostly hacked away at them and I had to clean them up. 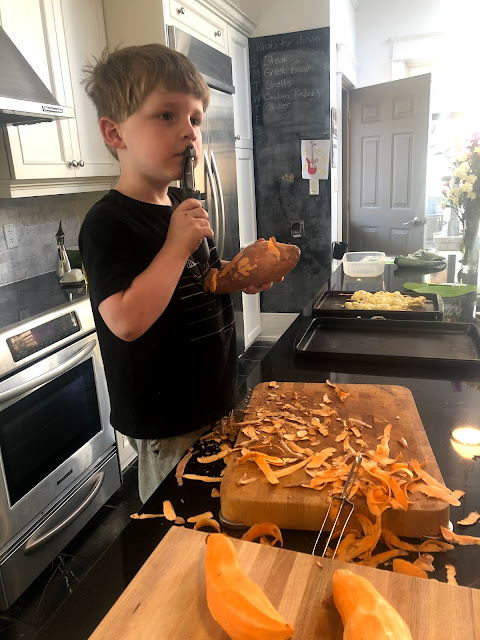 School from the sandbox on Thursday afternoon. 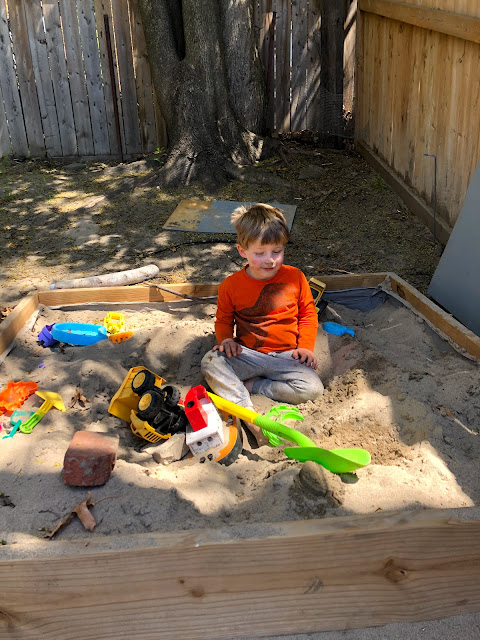 We got one of my favourite takeout meals this week - jerk chicken and patties.  We go to Annie's, located in the Esso on Dundas West, just east of Jane (if you're in the neighbourhood).  We have done Uber Eats from here a couple of times, but it's just as easy to go up and get it directly.  The food is all ready so they just need to dish it up.  So tasty. 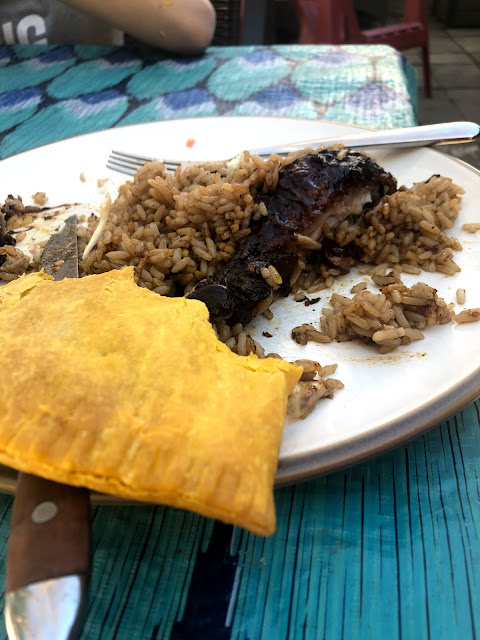 The ice cream truck made an appearance on our street so we ran out to get something. 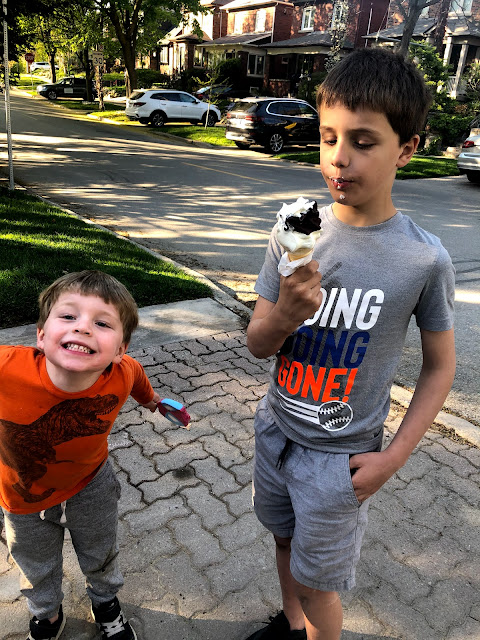 And I wanted to share a few podcast episodes I appreciated this week:

The Daily - Monday's Episode - Rural Tennessee's Vaccine Hesitators - What I really appreciated about this episode was hearing the conversation between a doctor and his patients about getting the vaccine.  He addressed each of their concerns in a very open and non-condescending way, like they are concerned about the possibility of being microchipped by the vaccine.  To me that just sounds so ridiculous (and plus we are already being tracked by our phones, Google Home, etc. so I feel like it's a moot point now) and he just answered them with a straightforward reason of how it would not be possible to fit a microchip into the syringe.

The Daily - Thursday's Episode - The Israeli-Palestinian Crisis, Reignited - I'll be honest, when I hear about Israel and Palestine, I have a faint idea of what goes on there, but mostly I don't and it becomes background noise to me.  So this week I was happy to see this episode of The Daily to explain what is going on this week.  As usual they do a great job of clearly explaining what is going on.  Having some basic knowledge will allow me to pay more attention to these current events.

Armchair Expert - Thursday's Episode - Prince Harry! - I am a Royal Family fan so was so excited to hear Prince Harry speak for an extended, casual environment.

The Bridge - Monday's Episode - A Vaccine Distribution Success Story - This was a great episode because Peter (Mansbridge, the host) spoke with the National Chief of the Assembly of First Nations (in Canada), Perry Bellegarde.  I have become conscious of hearing from non-white voices, so this was good.  He talked about how vaccine hesitancy in the Indigenous communities was an issue and how the leaders were able to turn that around.  I saw Peter reach out to Perry on Twitter over the weekend to DM him, presumably to ask him to be on the podcast, so it was neat to see that he quickly responded and was on the Monday episode.

I hope you have a good weekend and can spend some time appreciating where you are at this moment , as I will do.  I am disappointed about the lockdown but I will still look for the positive side of things, like that it means the Lakeshore will be closed to cars and hopefully we can get down there for a bike ride!

Linking up with Andrea and Erika.