Last year I had the successful bid for a pomegranate tree at a silent auction.   It started with three adorable pomegranates on it, and although I didn't really have any high hopes of harvesting pomegranates for ourselves and neighbours, I did think it was a pretty neat thing to have.

I should really begin my mentioning that house plants and I do not get along.  Dave and I had an umbrella tree houseplant when we moved to Fredericton many years ago.  It was our first apartment together and we thought we'd try owning a plant.  We named him Iggy and we had high hopes for him.  I don't remember exactly how long he survived, but it was less than a year.

I don't really have a knack for houseplants; I forget to water them and they don't always have the best light.  We transplanted our pomegranate tree to a new pot and put it outside, and although the birds quickly ate the pomegranates, it flourished.  I set a reminder on my phone to fertilize it once a week and I think that helped.  It grew lots of blooms and even some more tiny pomegranates.

We brought the plant inside because it was getting colder.  He started losing his leaves.  It wasn't looking good.  But he eventually acclimatized to being inside and carried on. 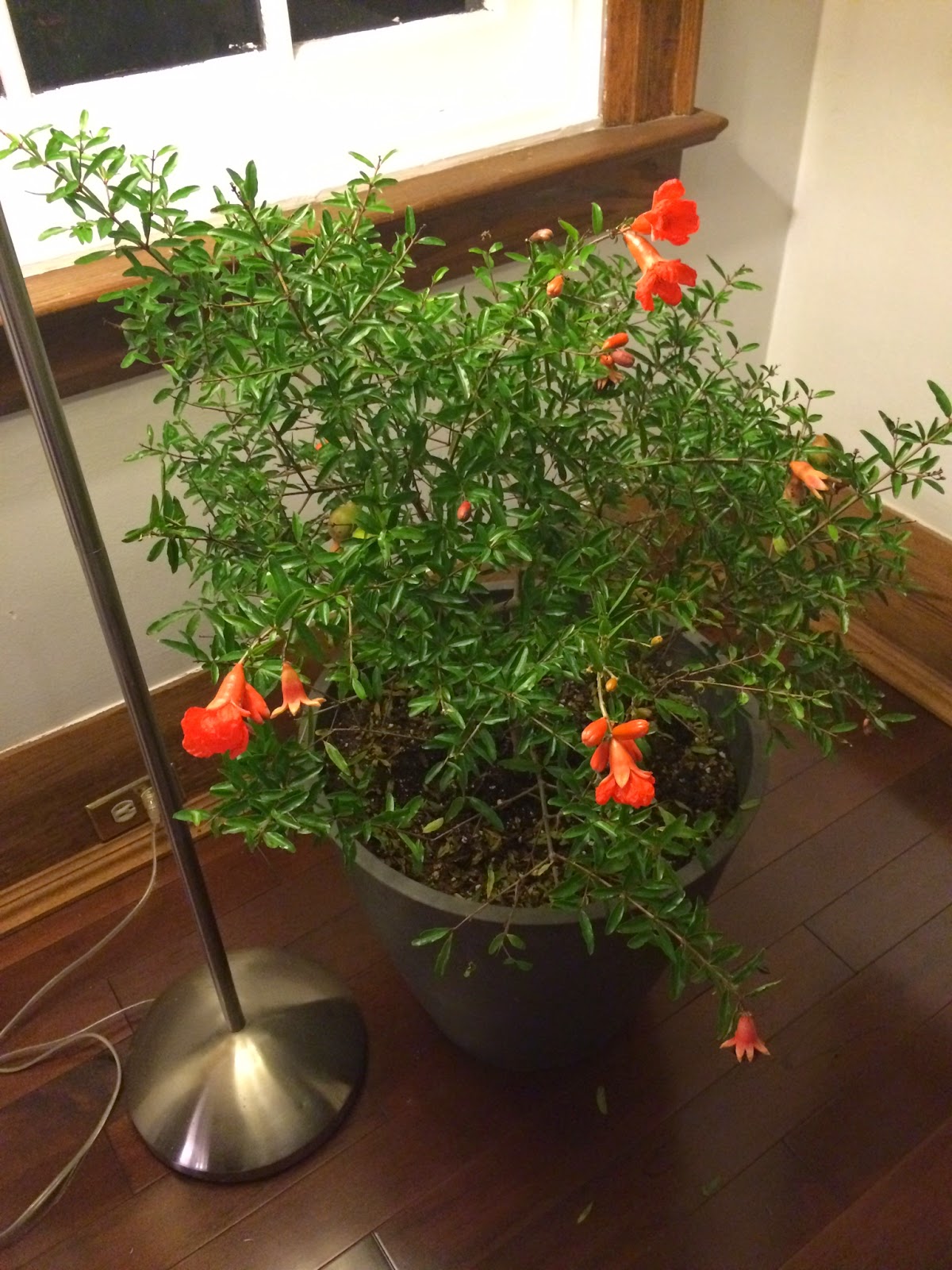 Then it was Christmas and we moved him out of this corner to make room for the Christmas tree.  I'm not sure why we thought we could take away his sunlight and he would survive, but we did and he didn't.  He lost all of his flowers and leaves, and I mean all.  There was nothing left but dry empty branches.  And he stayed like that for several weeks (clearly he still wasn't on the top of our priority list since we let him sit there for awhile, dead).  I even thought, "I wonder if there is something we can do to bring him back to life", but I continued with "of course not, Sarah, you can't bring living things back from the dead.  If you could, why wouldn't we do that with people".

This brings me to the title of this post - The Jesus Tree.  The cornerstone of the Christian religion is that Jesus died and on the third day rose from the dead and now lives forever in heaven.

We were at the point of talking about taking the tree outside and disposing of it, when one day, Dave saw a green leaf poking through from the dry brown branches!! The tree was alive!  We couldn't believe it.  So Dave nurtured him along and slowly trimmed back the parts that were clearly dead, but we could see that some of them were returning to green moist branches with life in them.

I never did get a picture of the tree when he was at his worst, but this picture shows some of what we were dealing with. 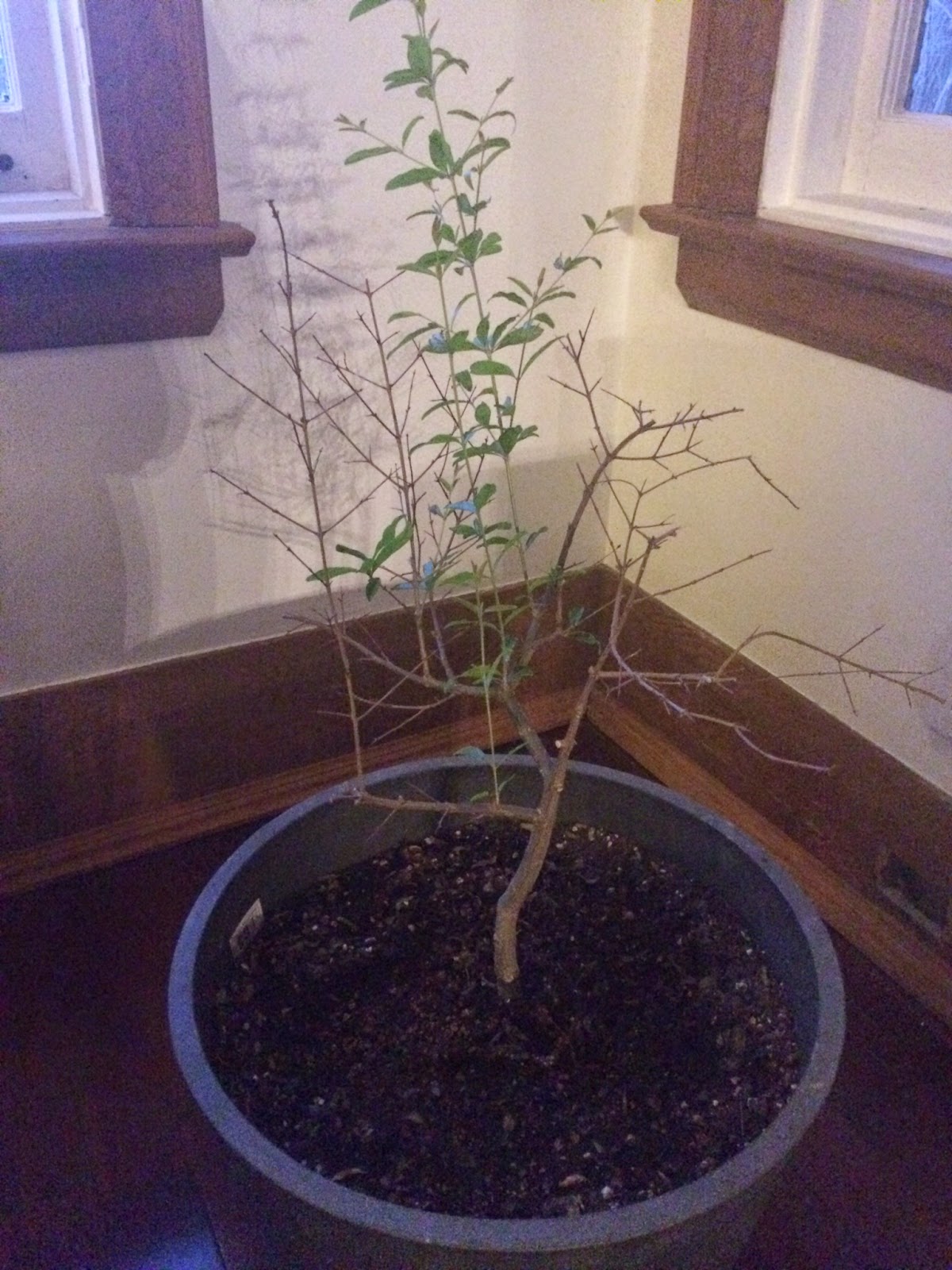 And now look at him now!  He's alive, he has risen! 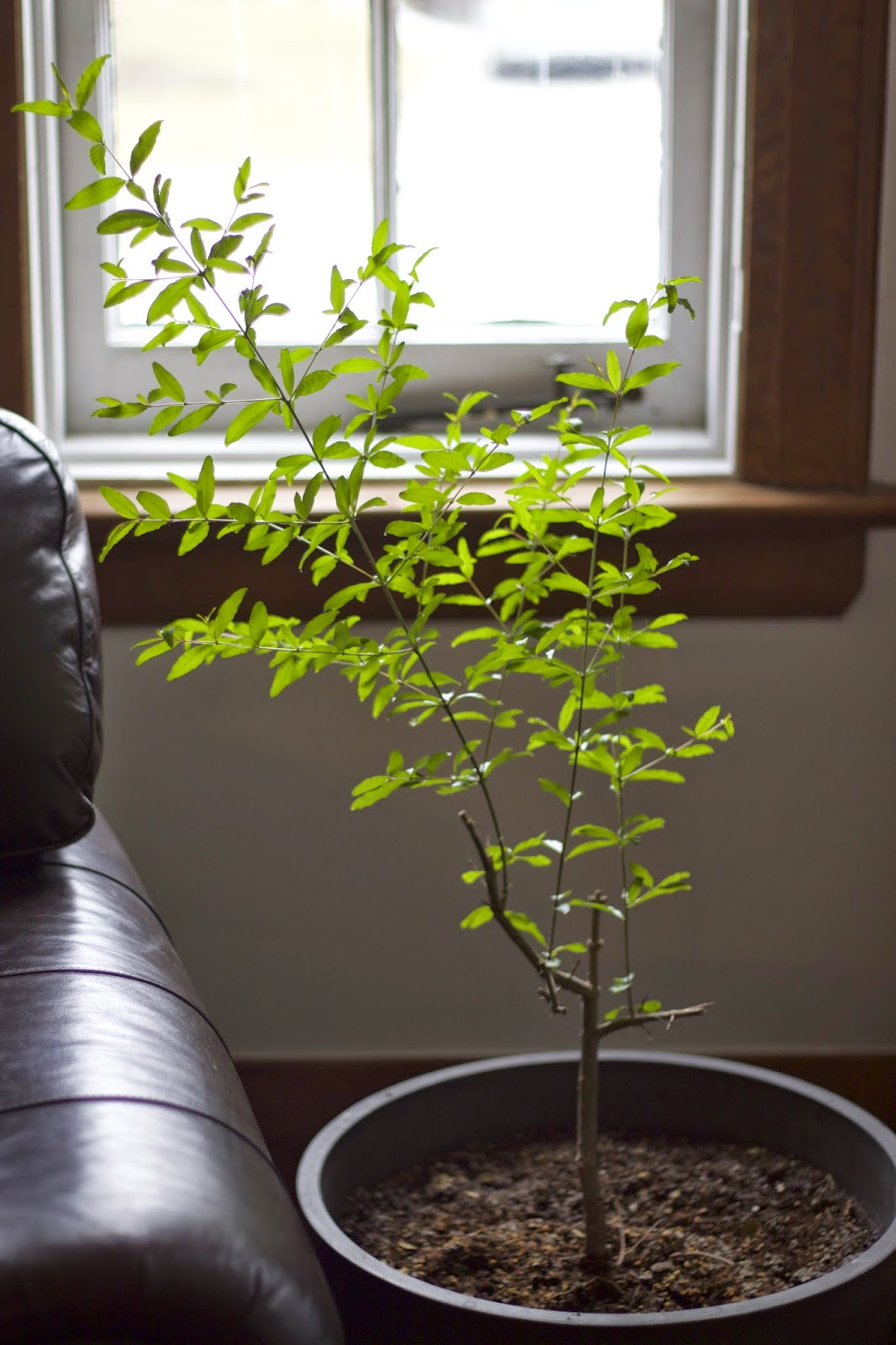 I like to call him the Jesus tree but I mean it with all seriousness.  It is my reminder of the real miracle of Easter.  Even thought you may think that all is lost, there is always hope.