Another busy weekend, so let's get to it!

We welcomed some more family visitors this weekend - my dad and his wife are visiting this week.  They came over on Friday night and we made some burgers and French fries.  I also made a salad which I have made several times, always to rave reviews.  I will have to share some salad recipes soon, especially with BBQ season starting up.  It's always good to add some vegetables and greens.

On Saturday morning, Dave and E were up early making pancakes, ready for the NBA playoffs to begin. We went to swimming lessons and then came home to set up up the patio furniture. 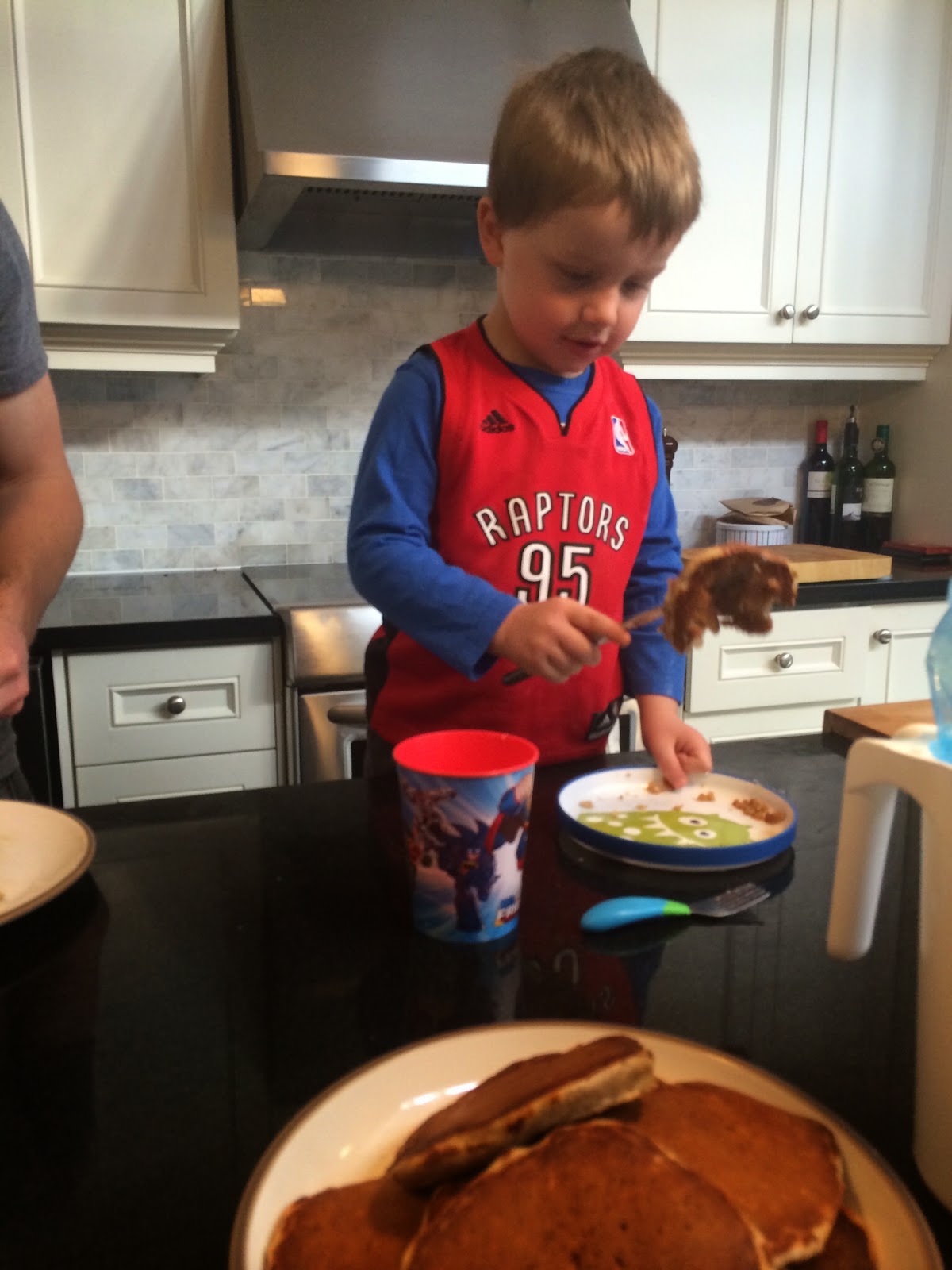 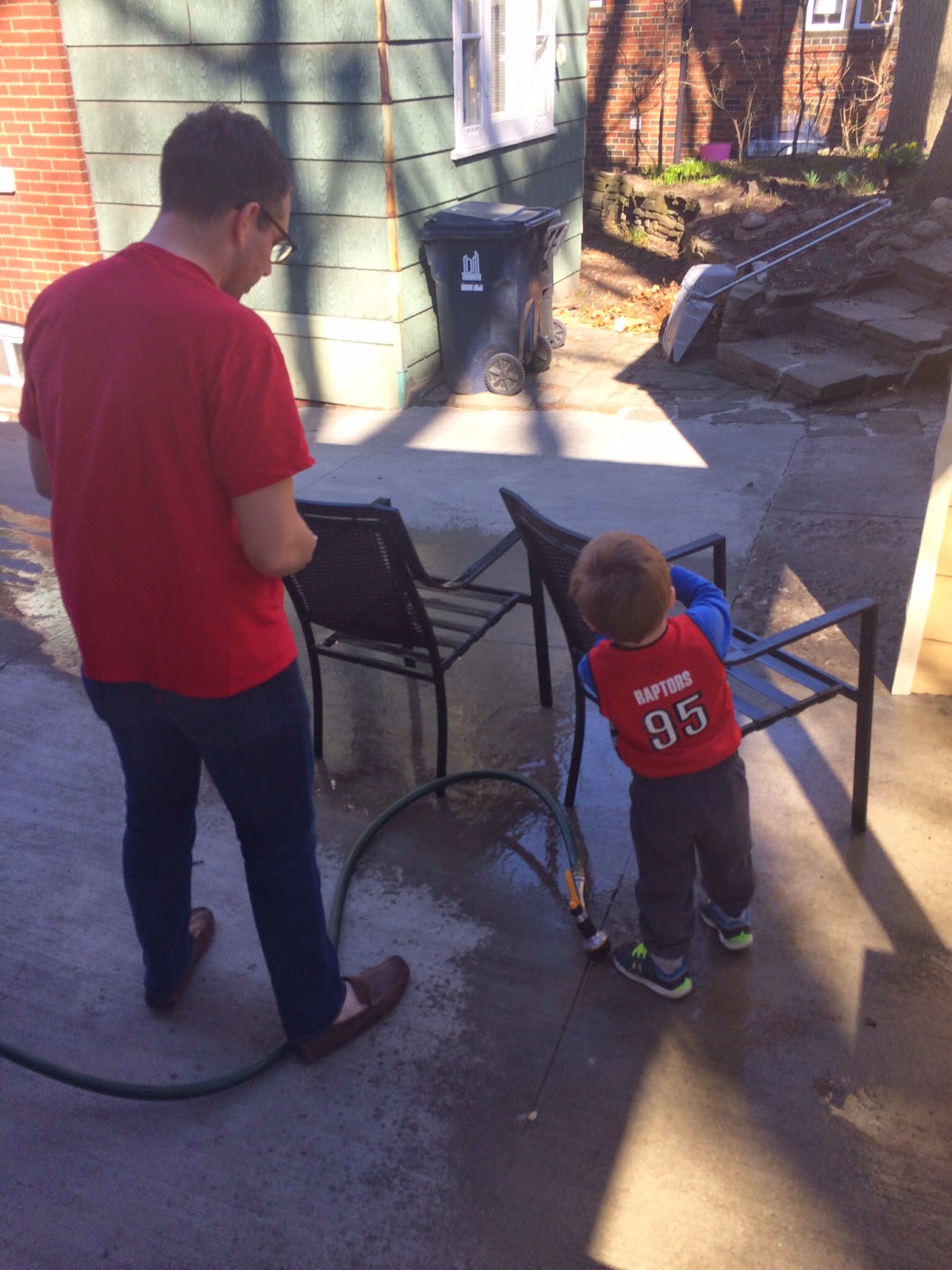 Dave was lucky to get a free ticket to the Raptors game, and he had great seats.  He headed downtown early to experience some of the atmosphere at Jurassic Park. 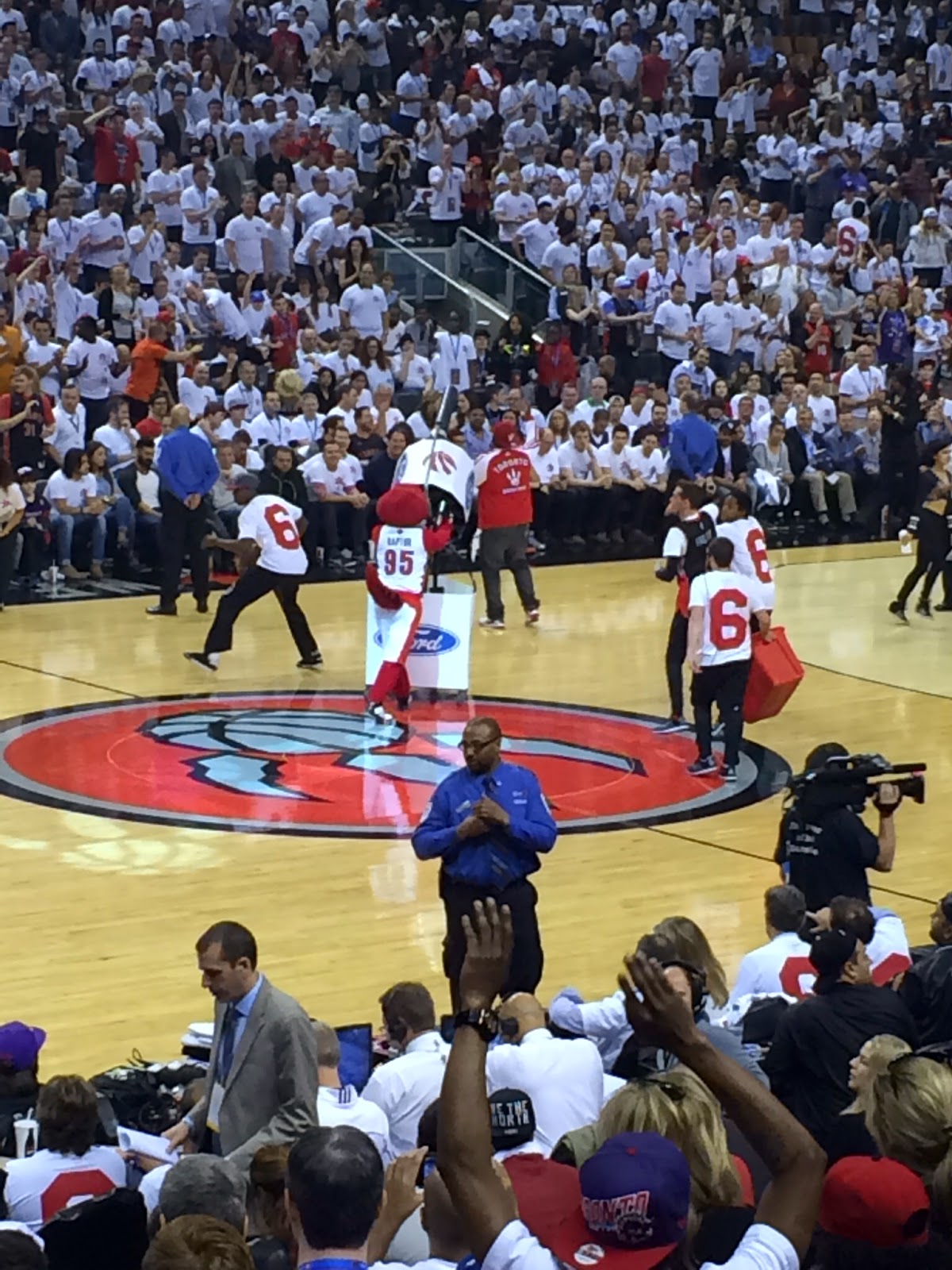 E and I headed downtown on the subway shortly thereafter to meet up with Dad and Karen at the Aquarium.  We have been there a couple of times, including E's school trip, but they had never been. 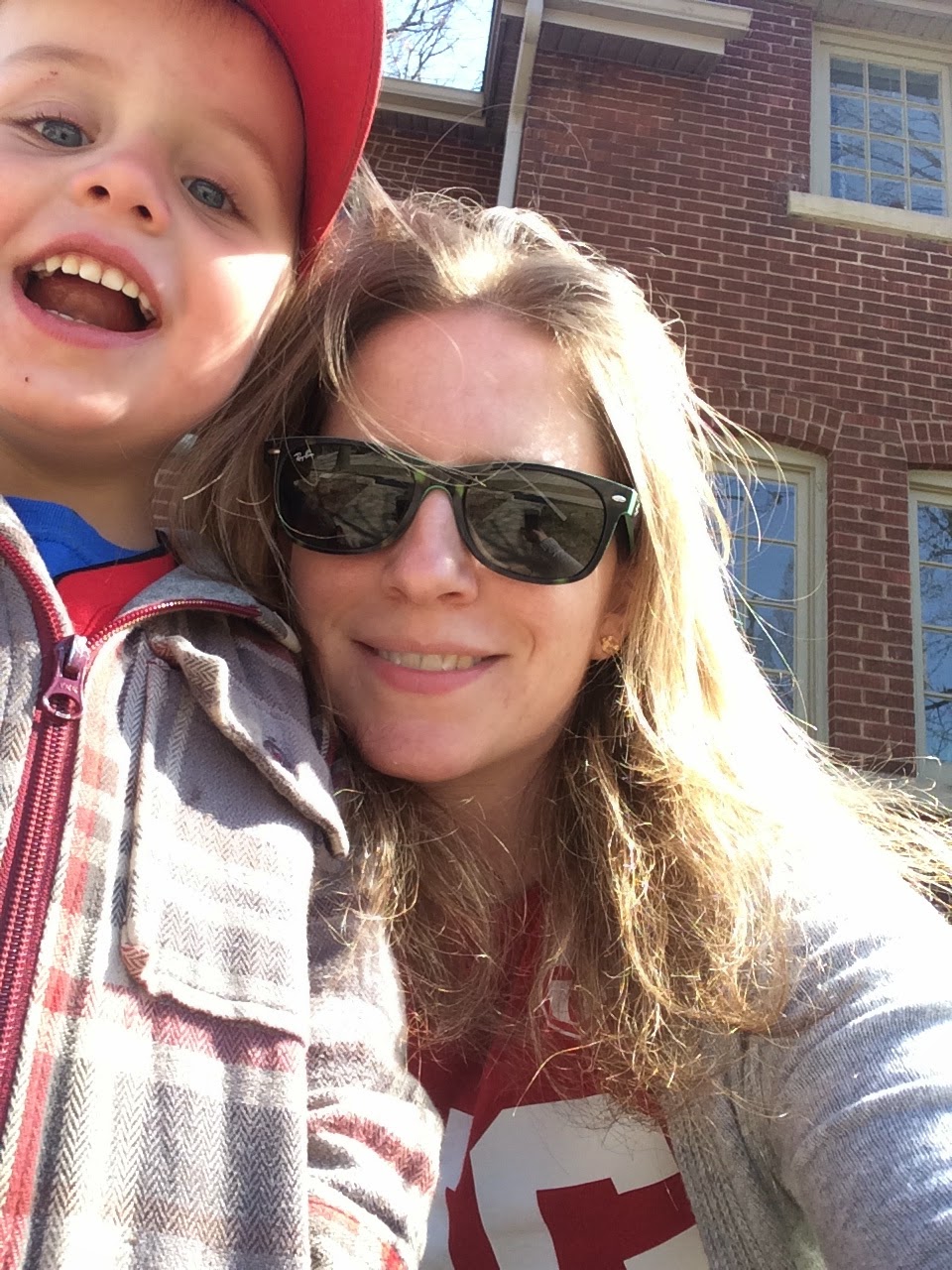 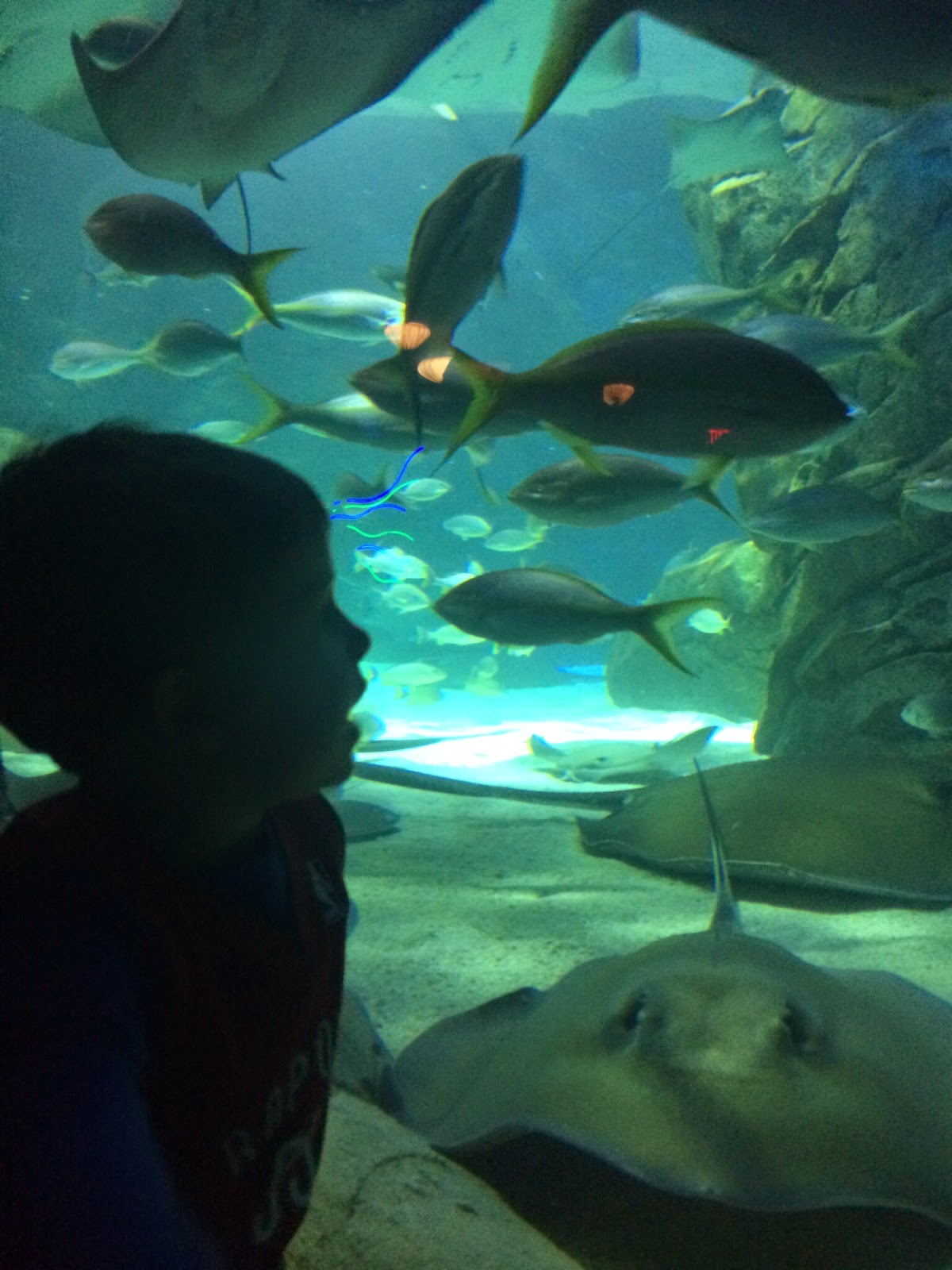 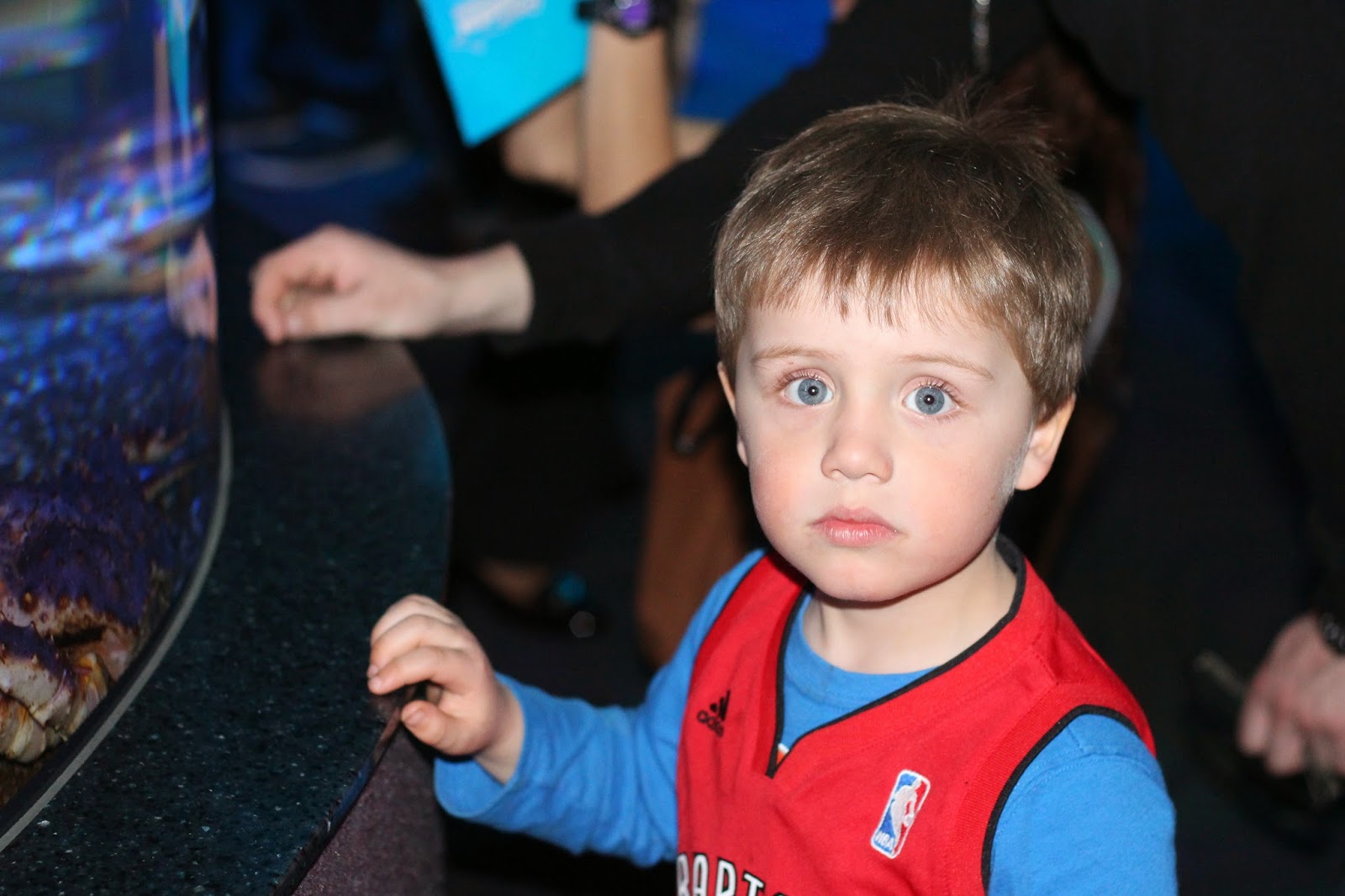 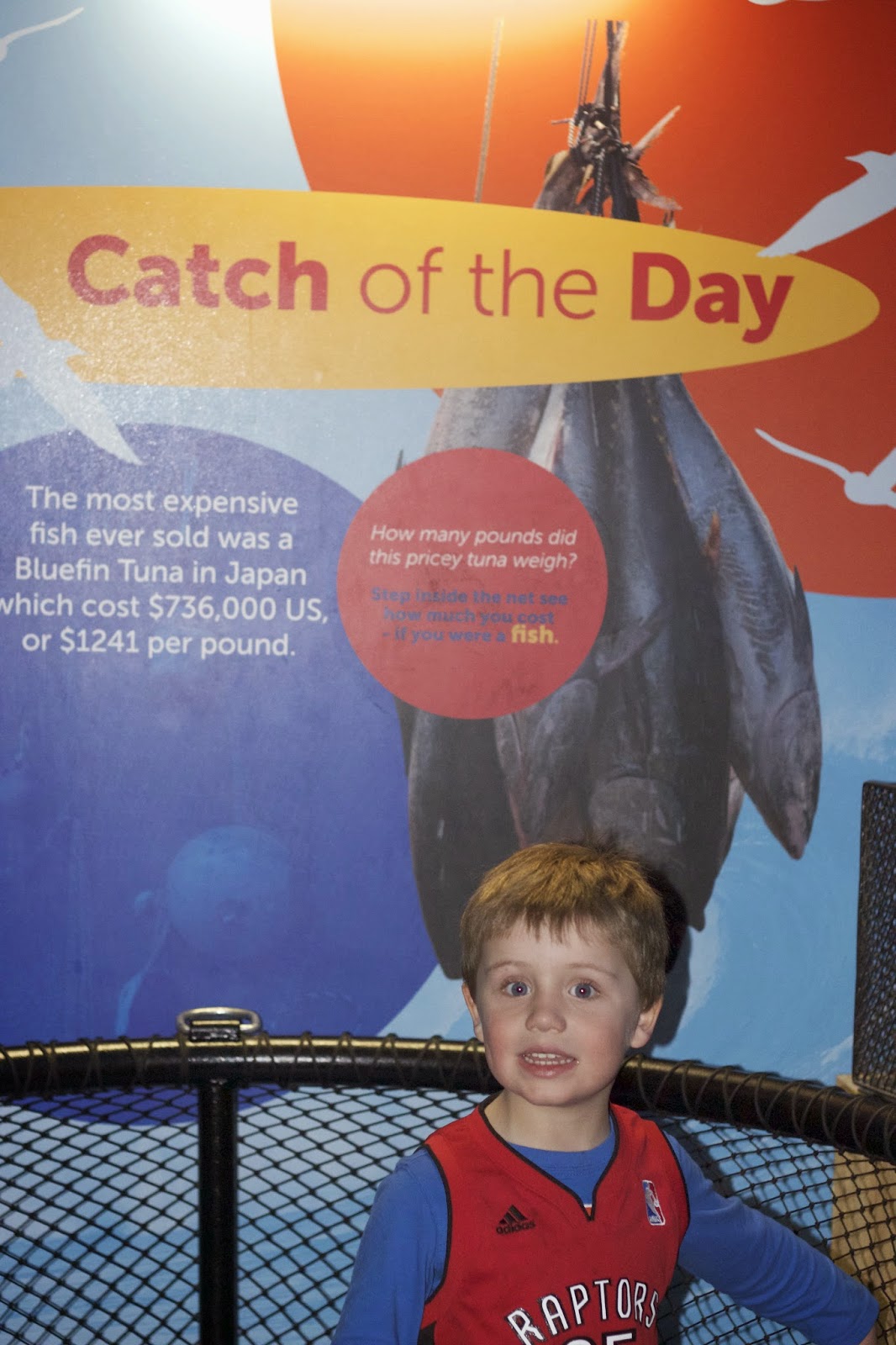 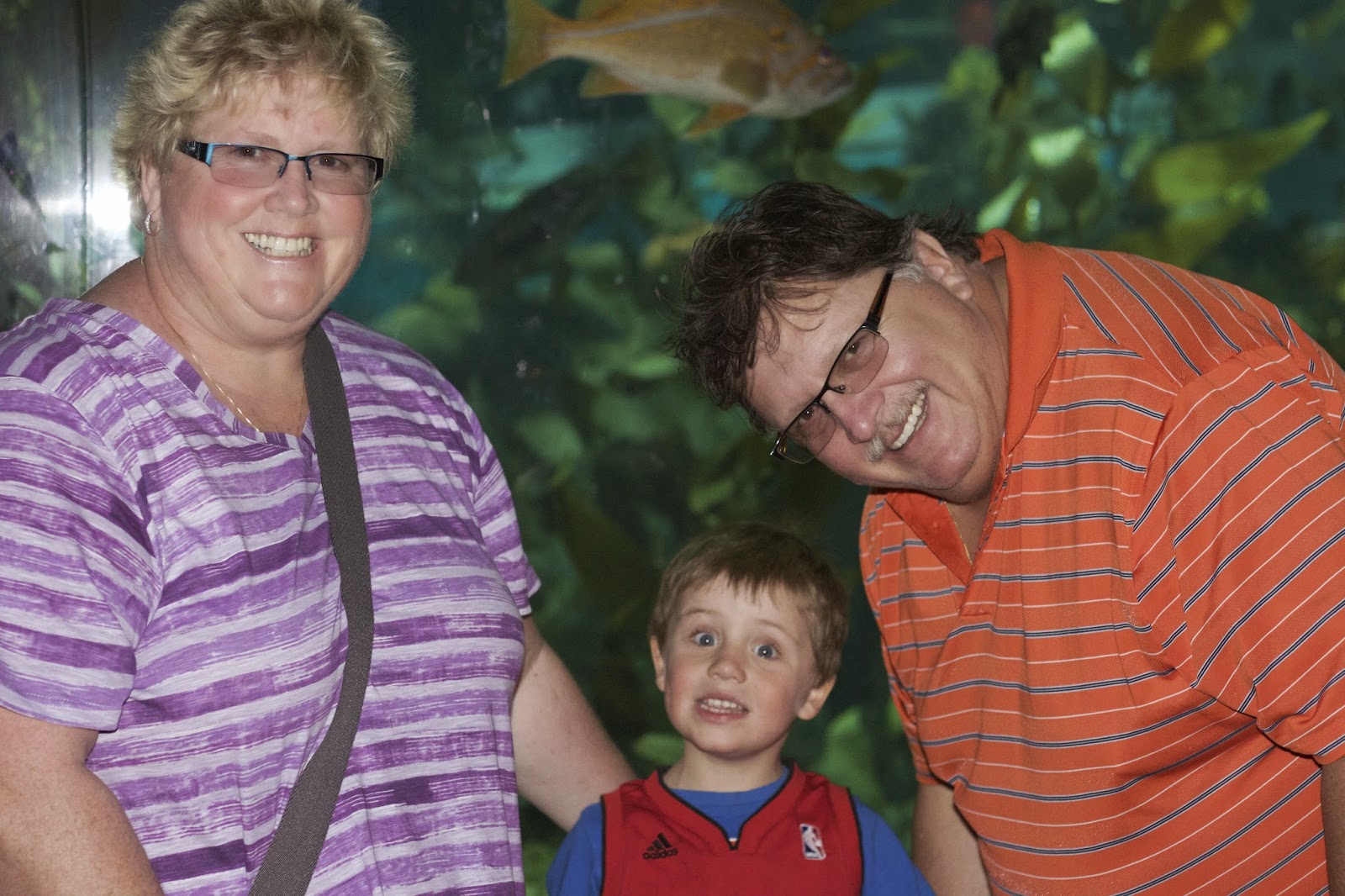 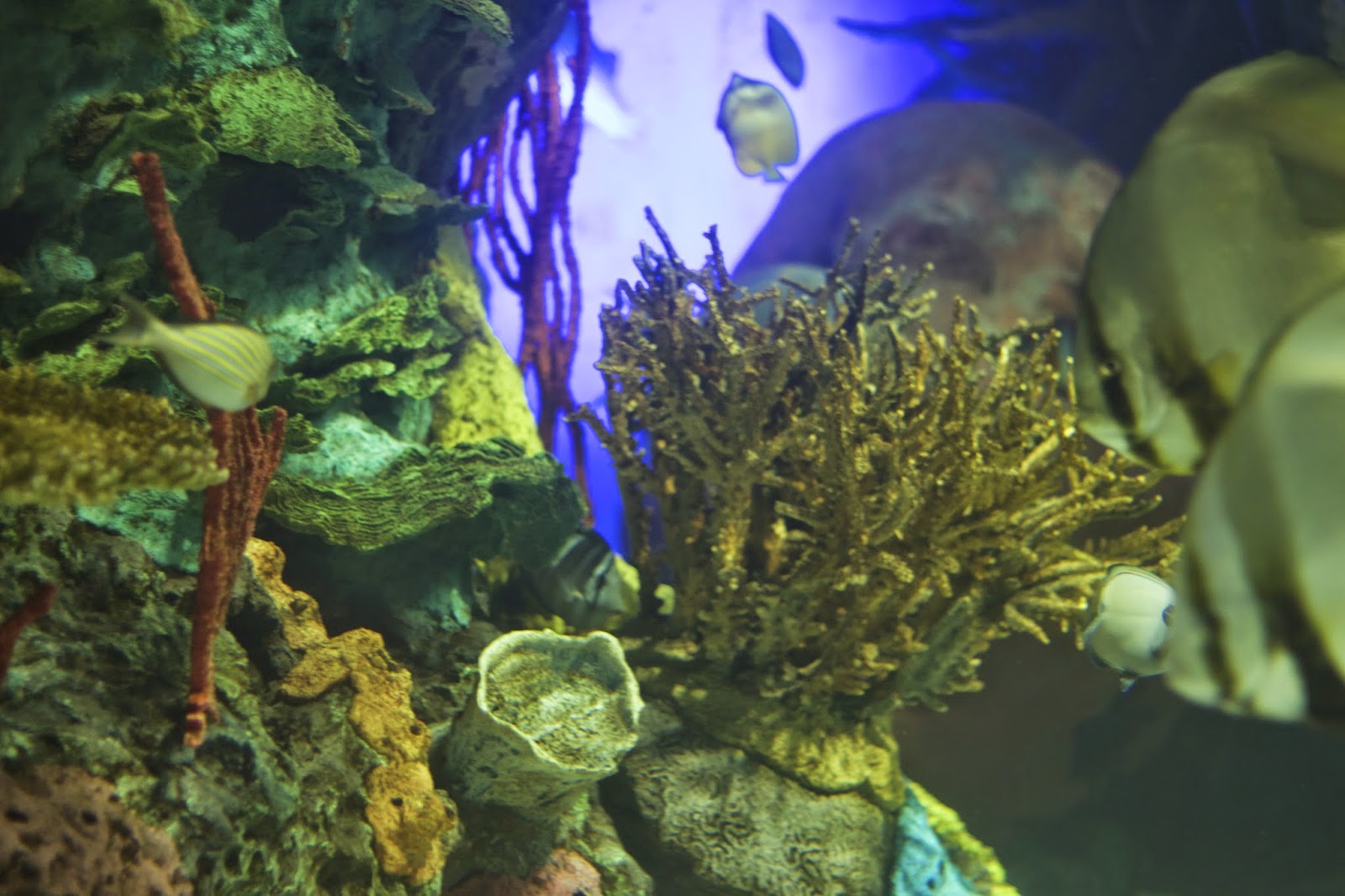 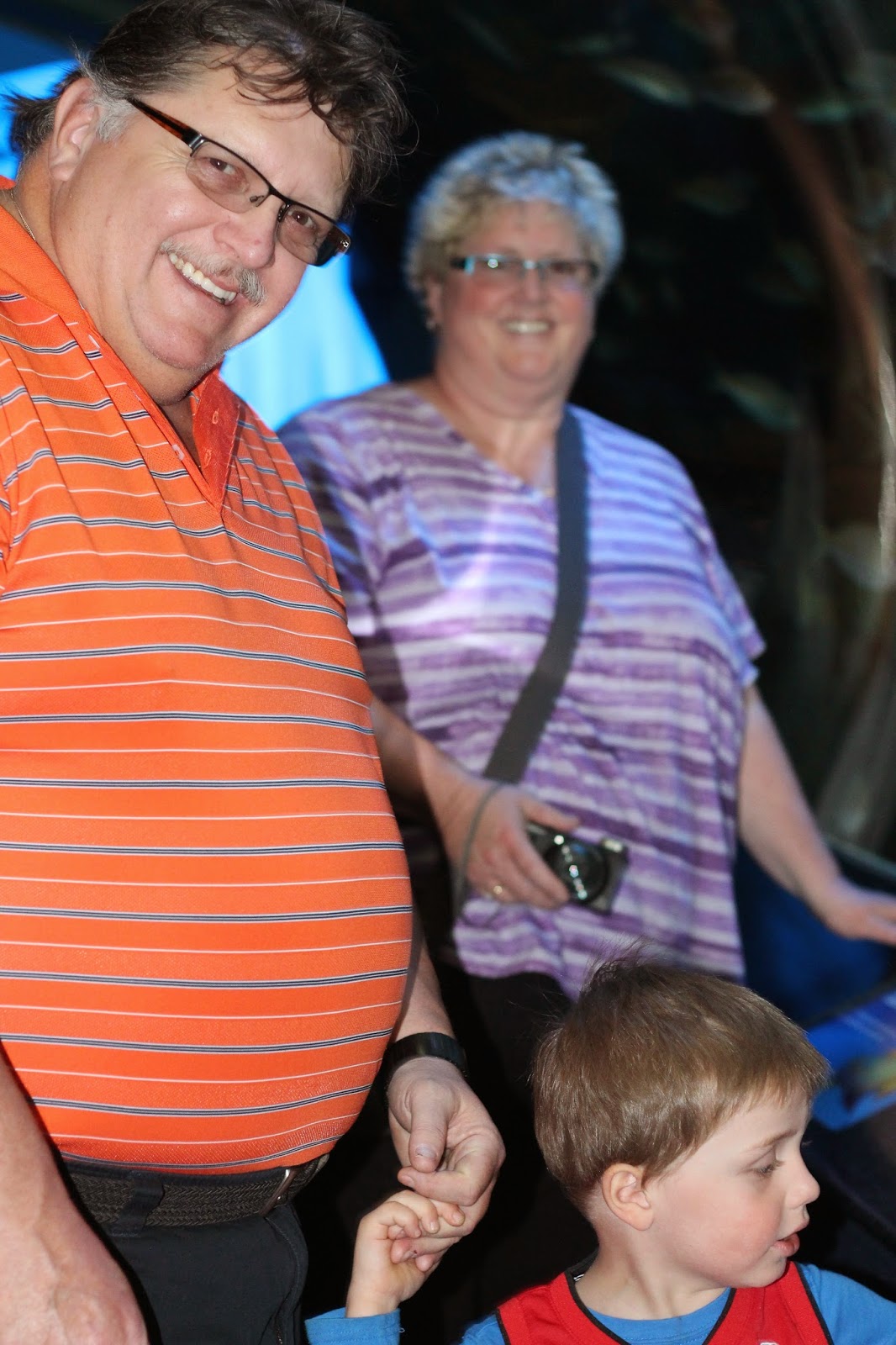 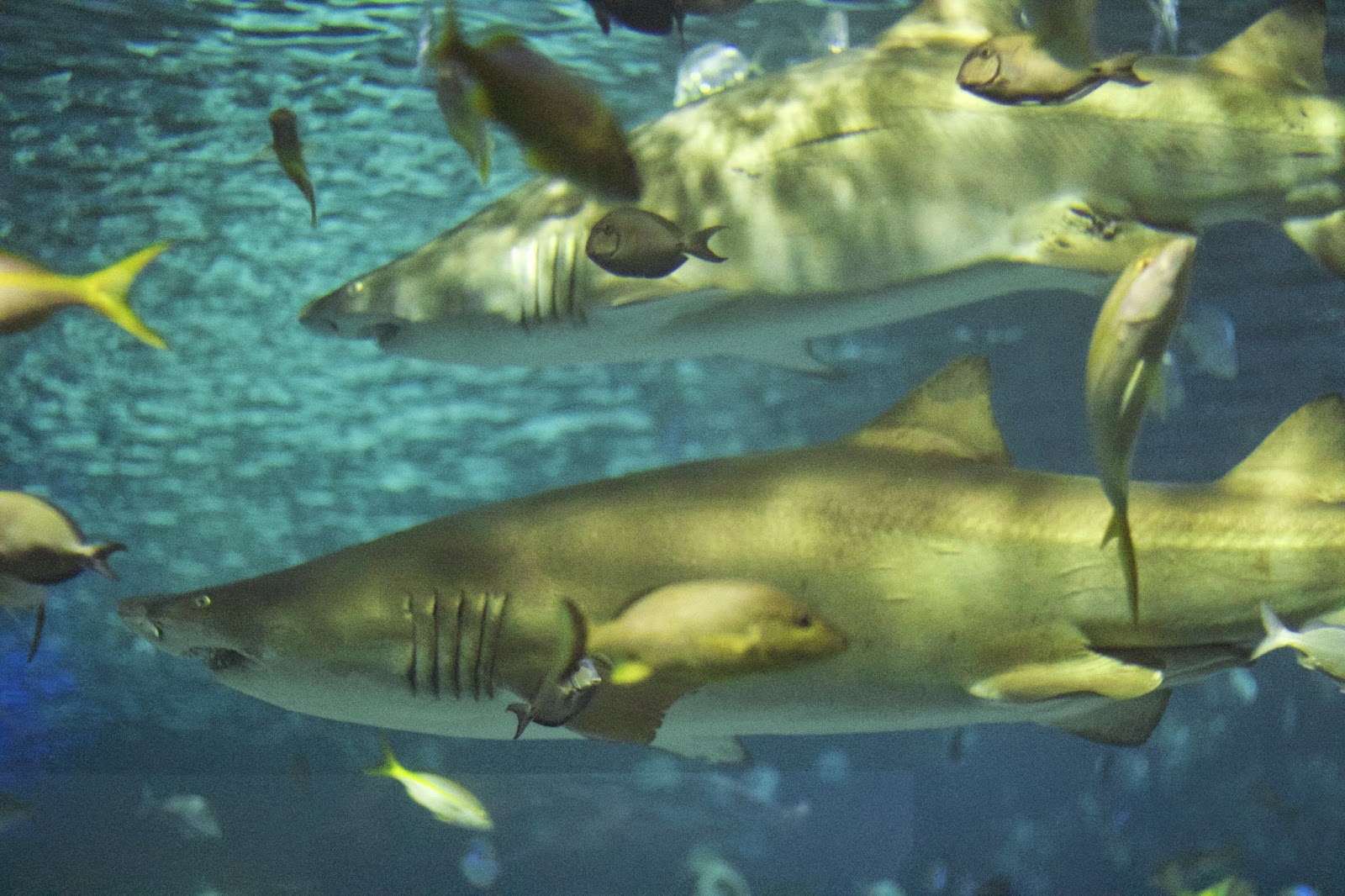 After the aquarium, we went to Soco Kitchen + Bar.  E and I had walked by on our way to the aquarium from the subway, and I had noticed their nice patio. We were able to get a table (although we ended up inside) before the Jays and Raptors games were over.  It turned out to be a pretty lucky place to be because Morris Peterson, a former Raptor and current TSN analyst, walked through the restaurant.  He stopped to take pictures with a couple of people so I ran over with E for our own picture.  He was very nice.  Too bad Dave hadn't made his way over to meet us yet! 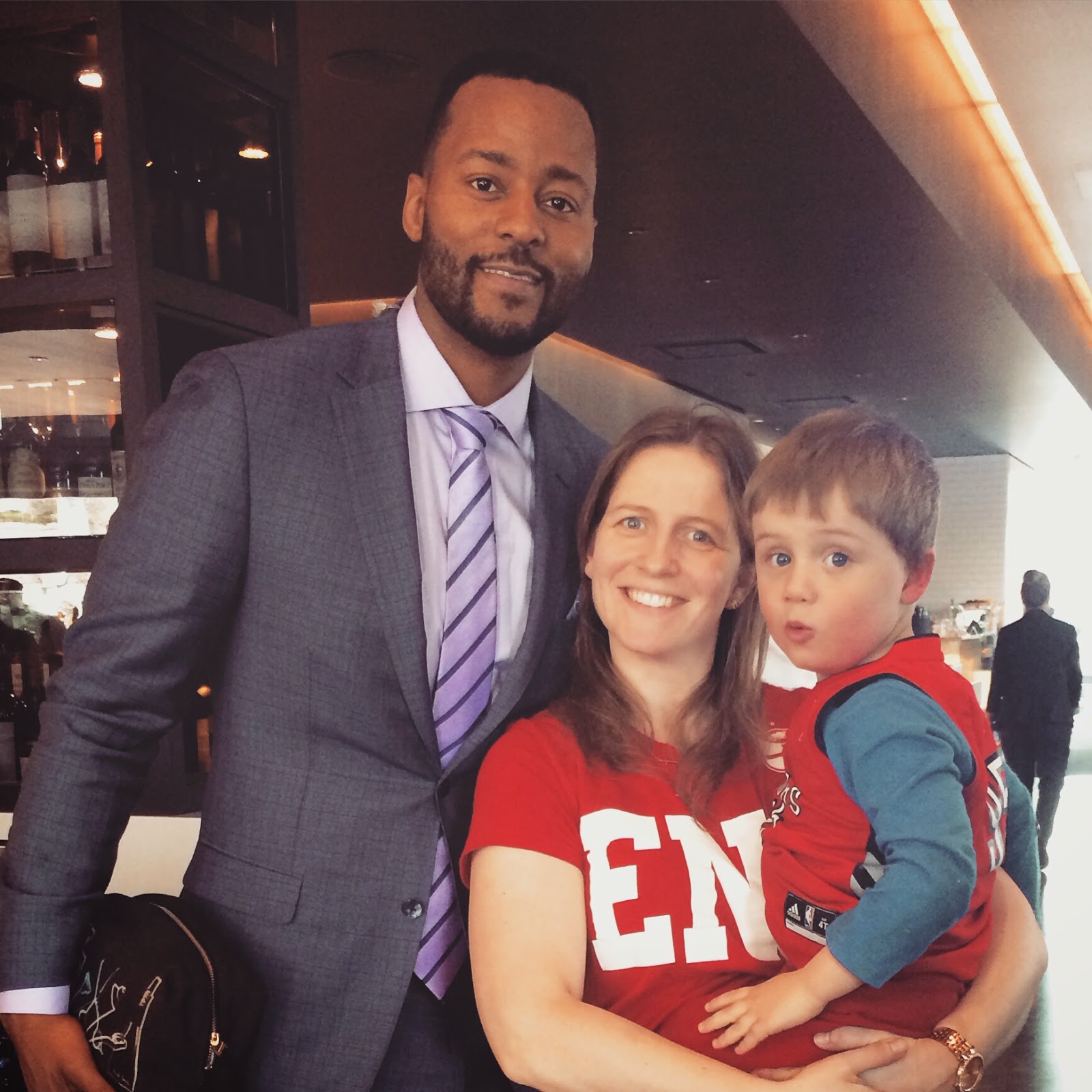 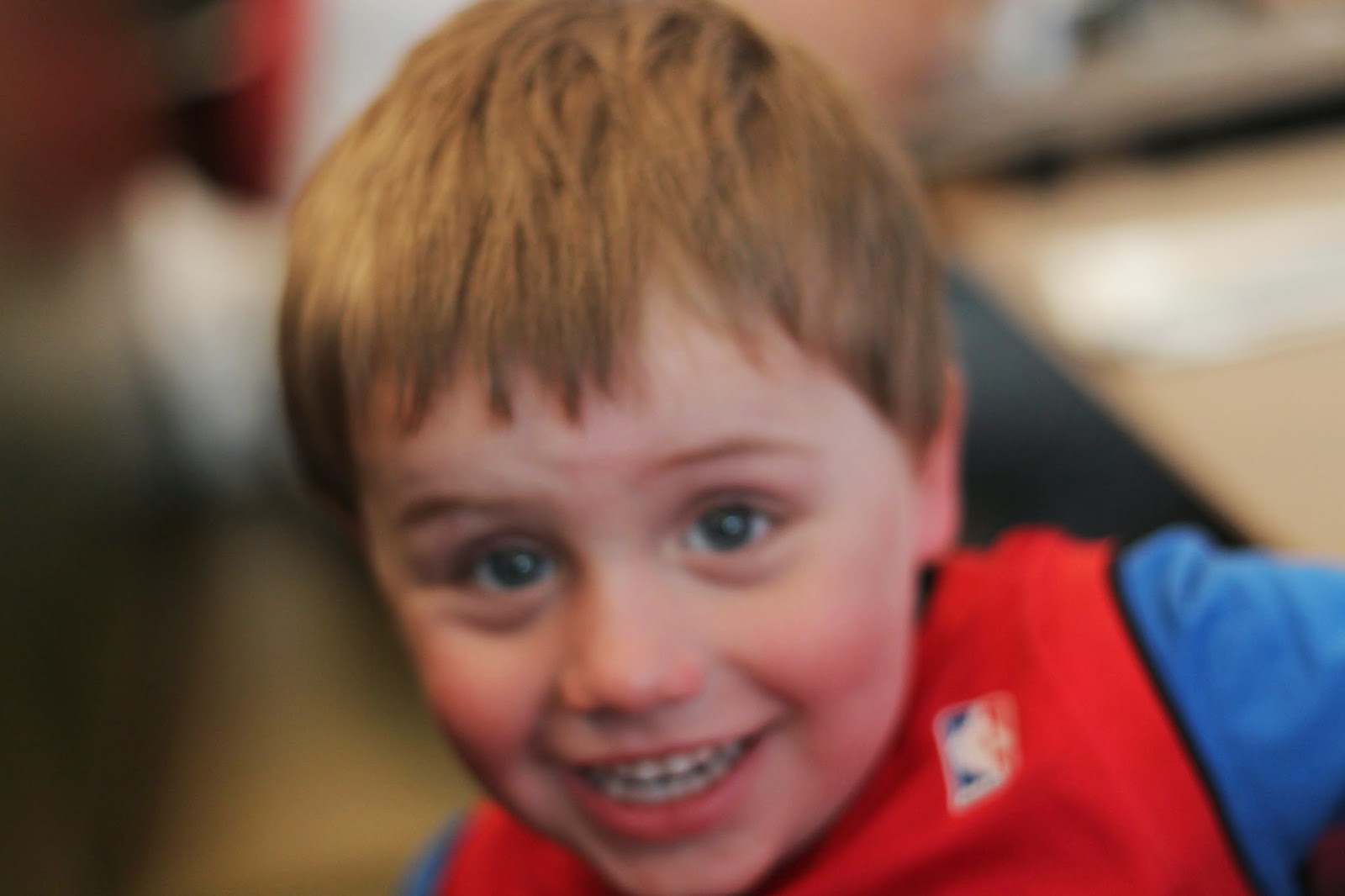 Being silly at the restaurant

Dave may or may not have stopped by McDonalds at Dundas West Station on his way home... 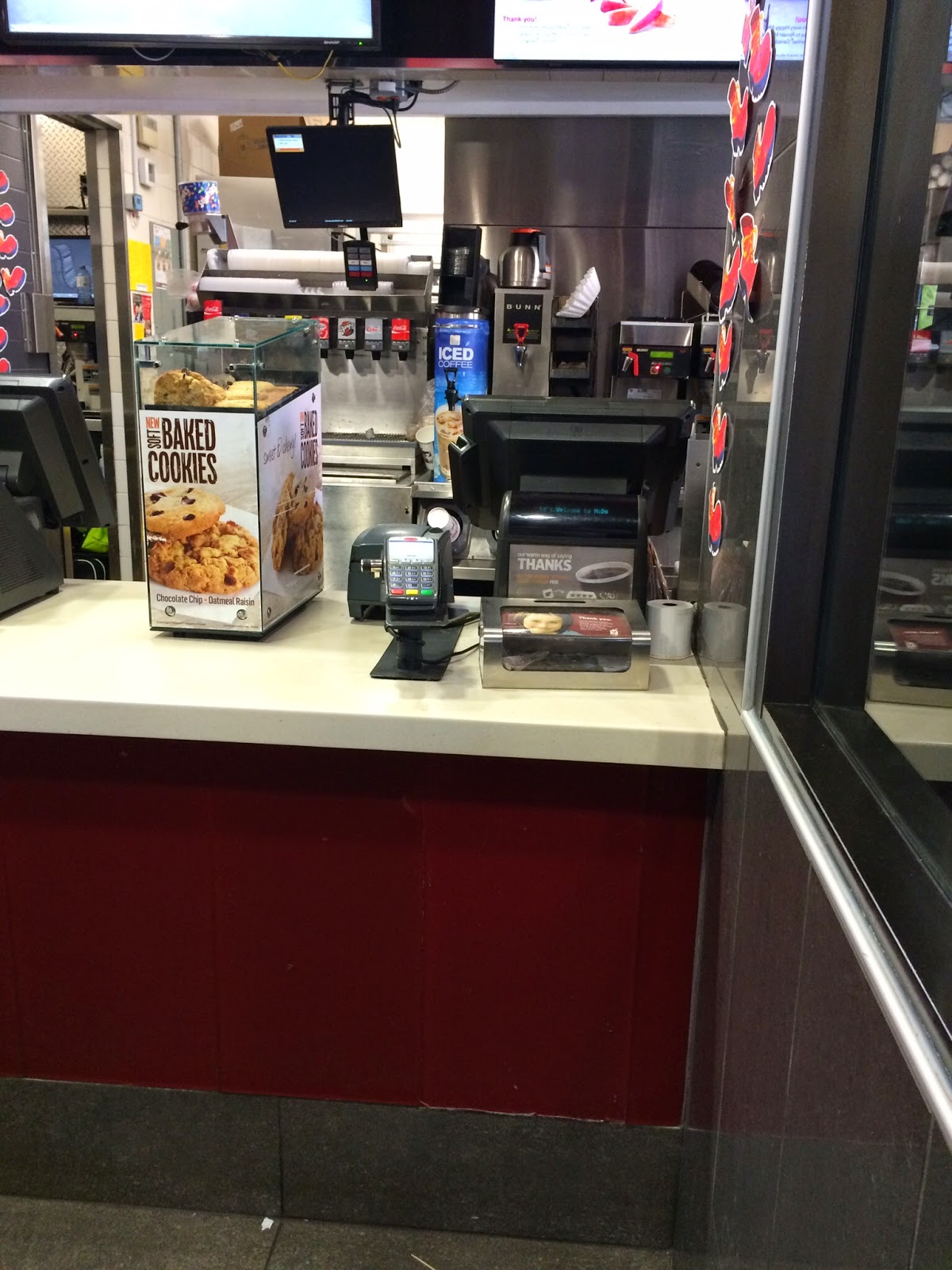 On Sunday morning, after church, we all got back on the subway to go to the Blue Jays game.  We met Dad and Karen down there.  The roof was closed but that was okay since it was pretty windy and cool, especially compared to the beautiful day we had on Saturday. 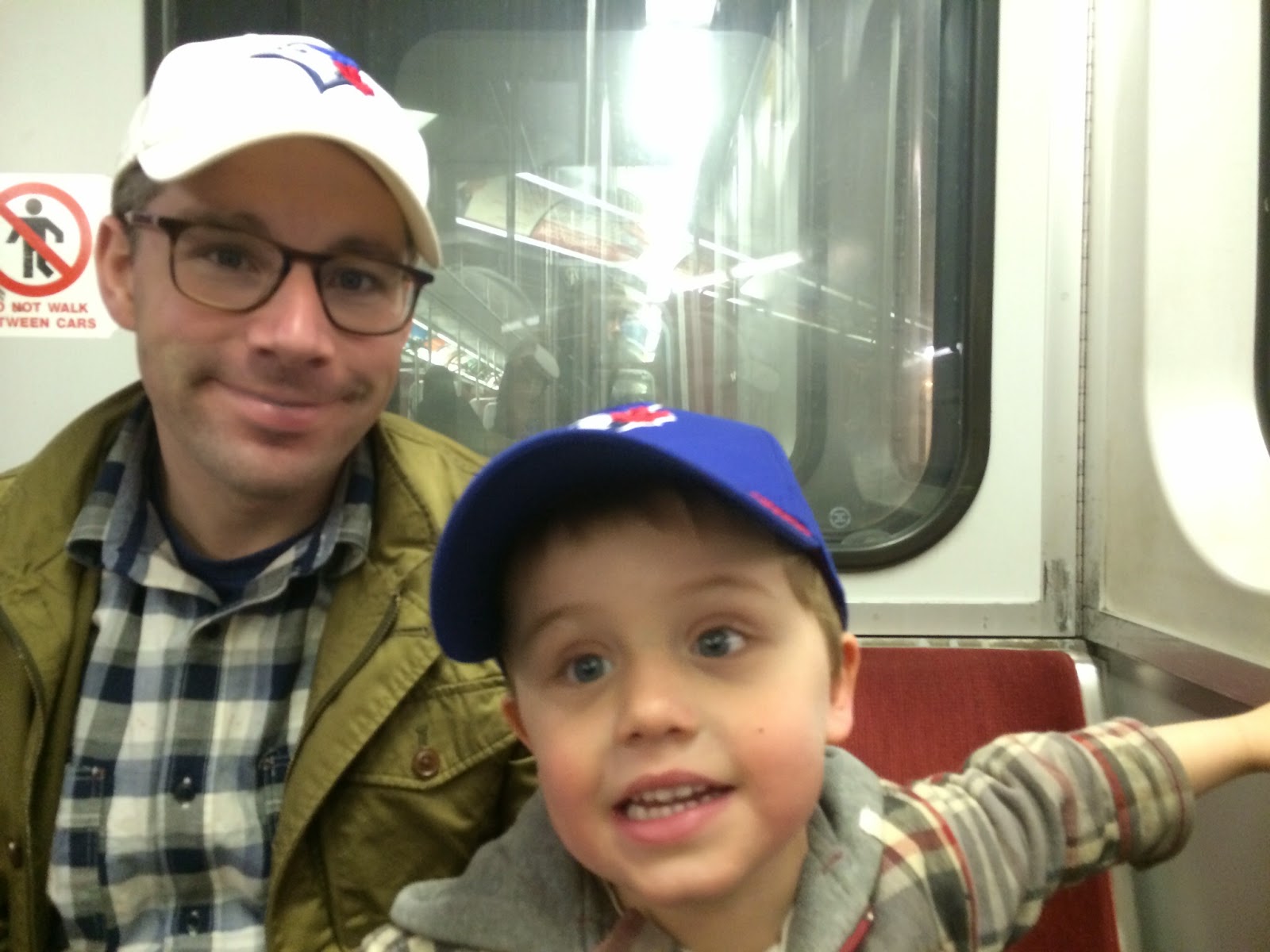 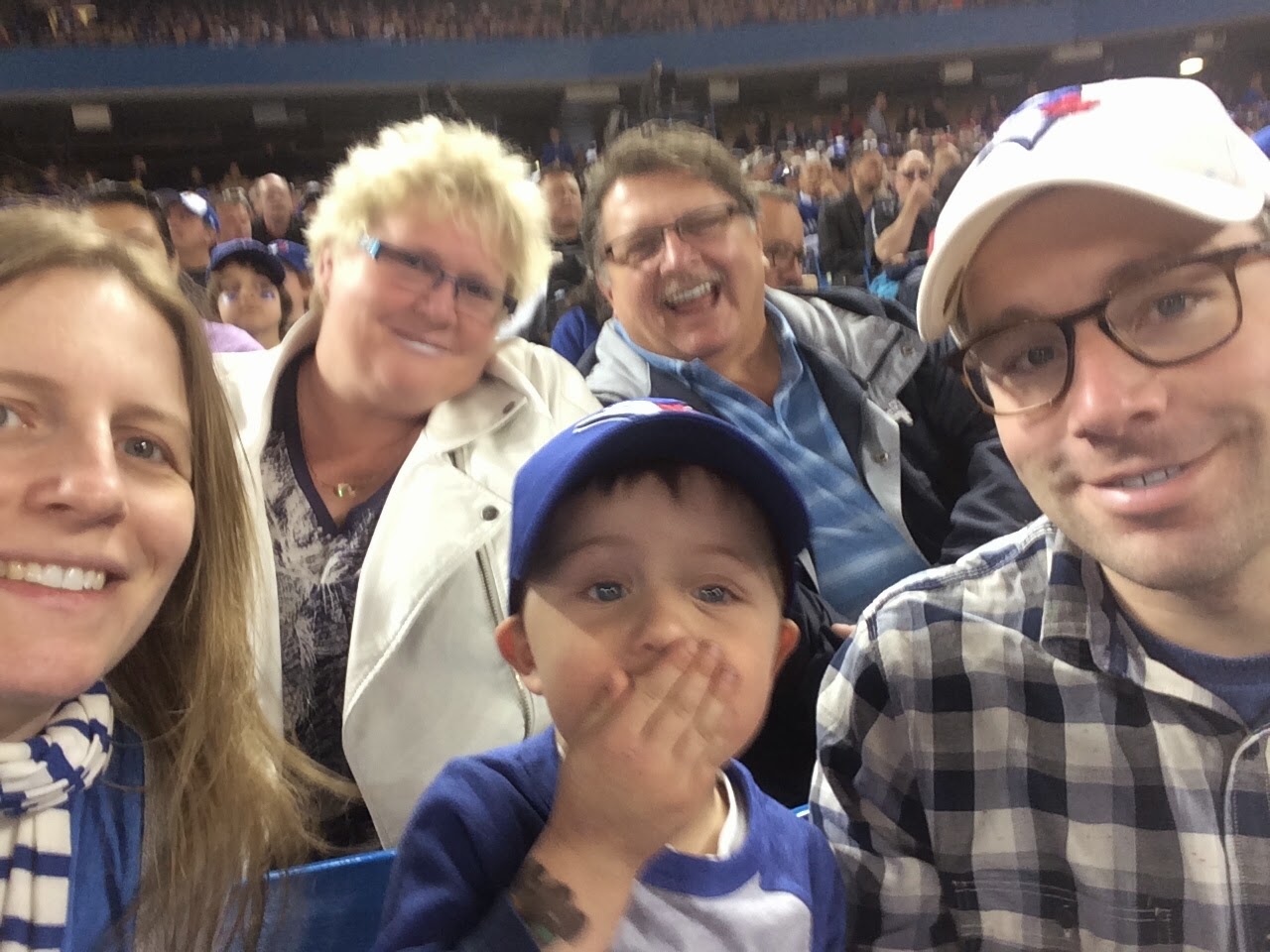 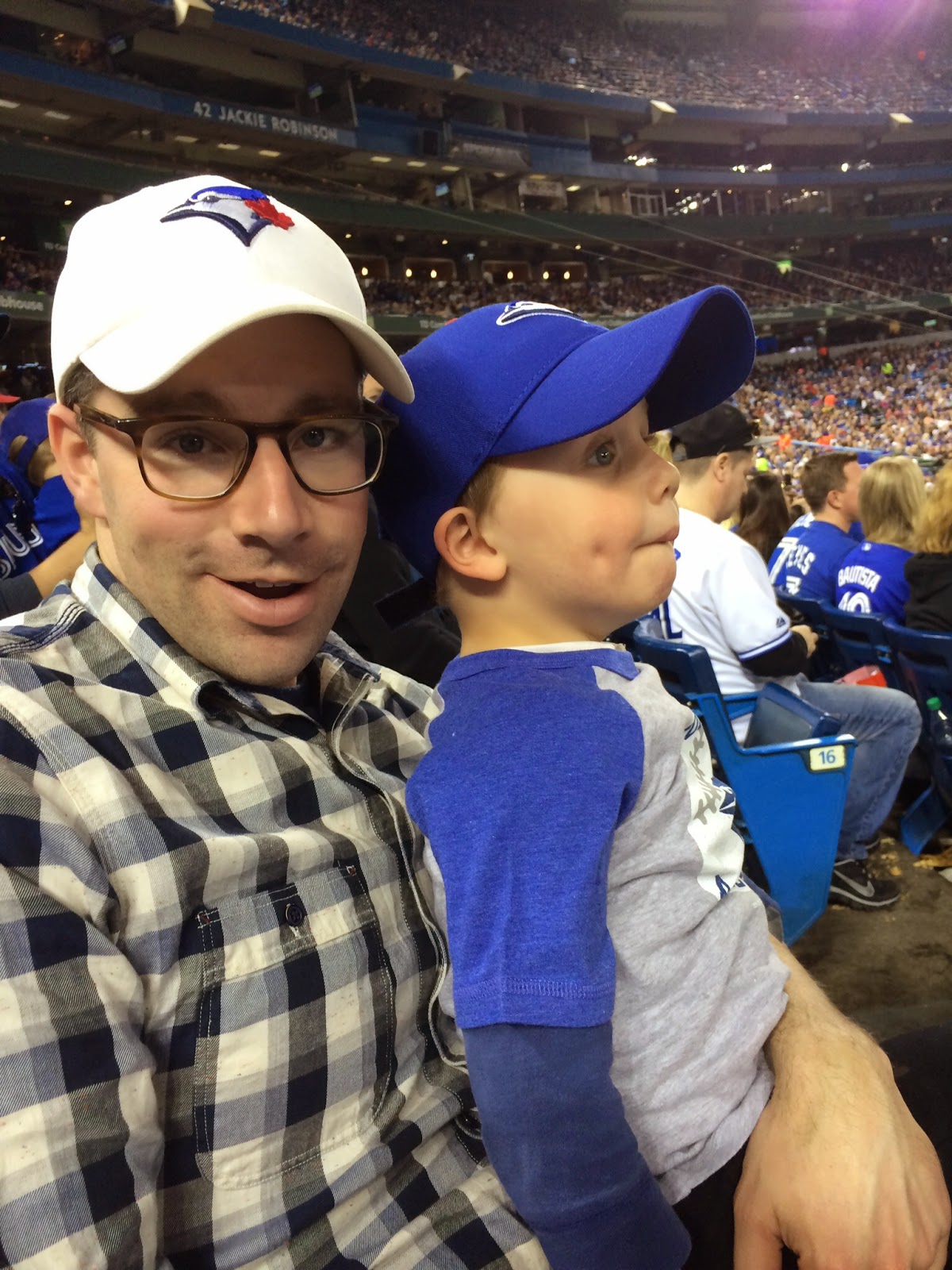 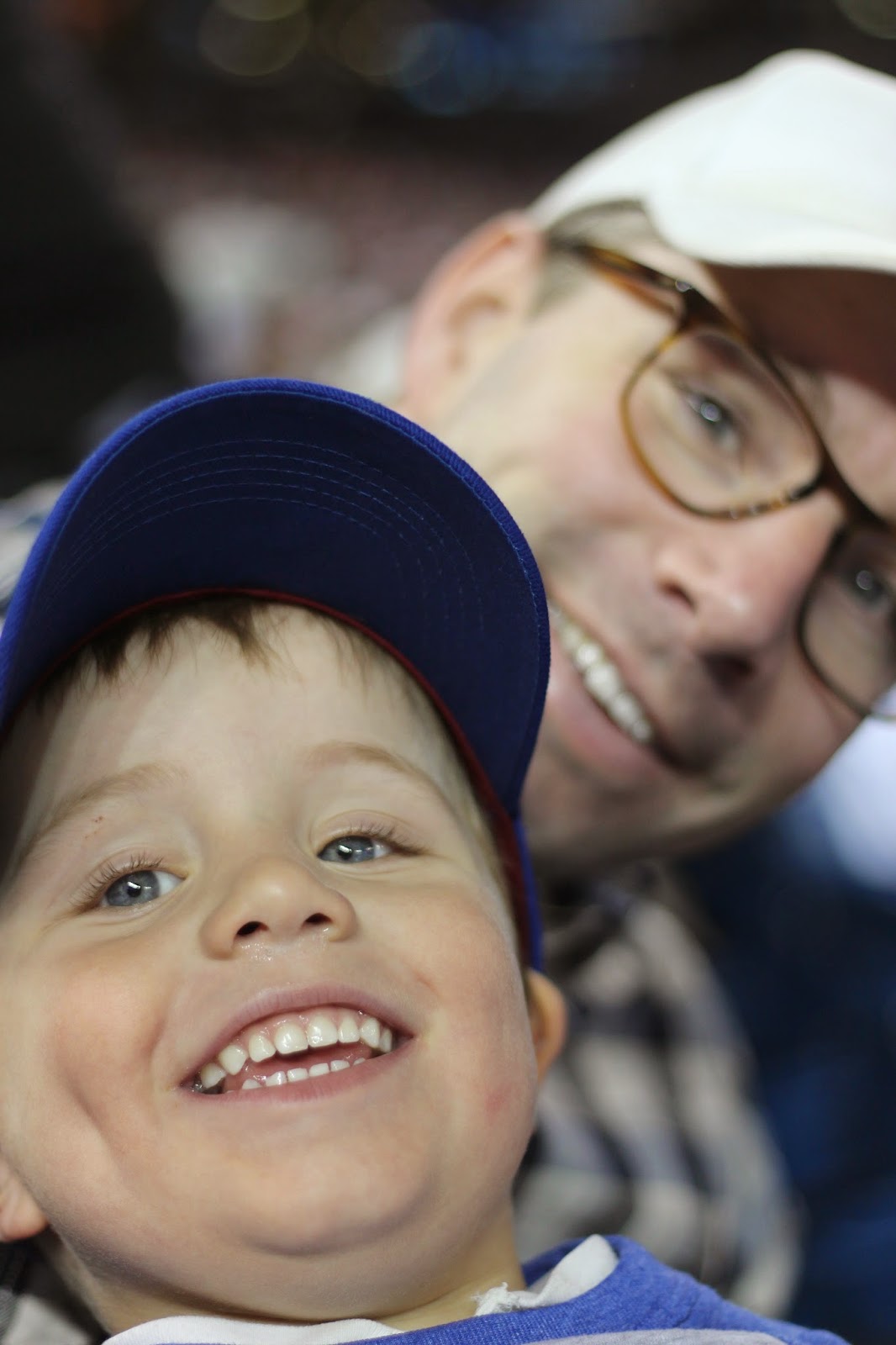 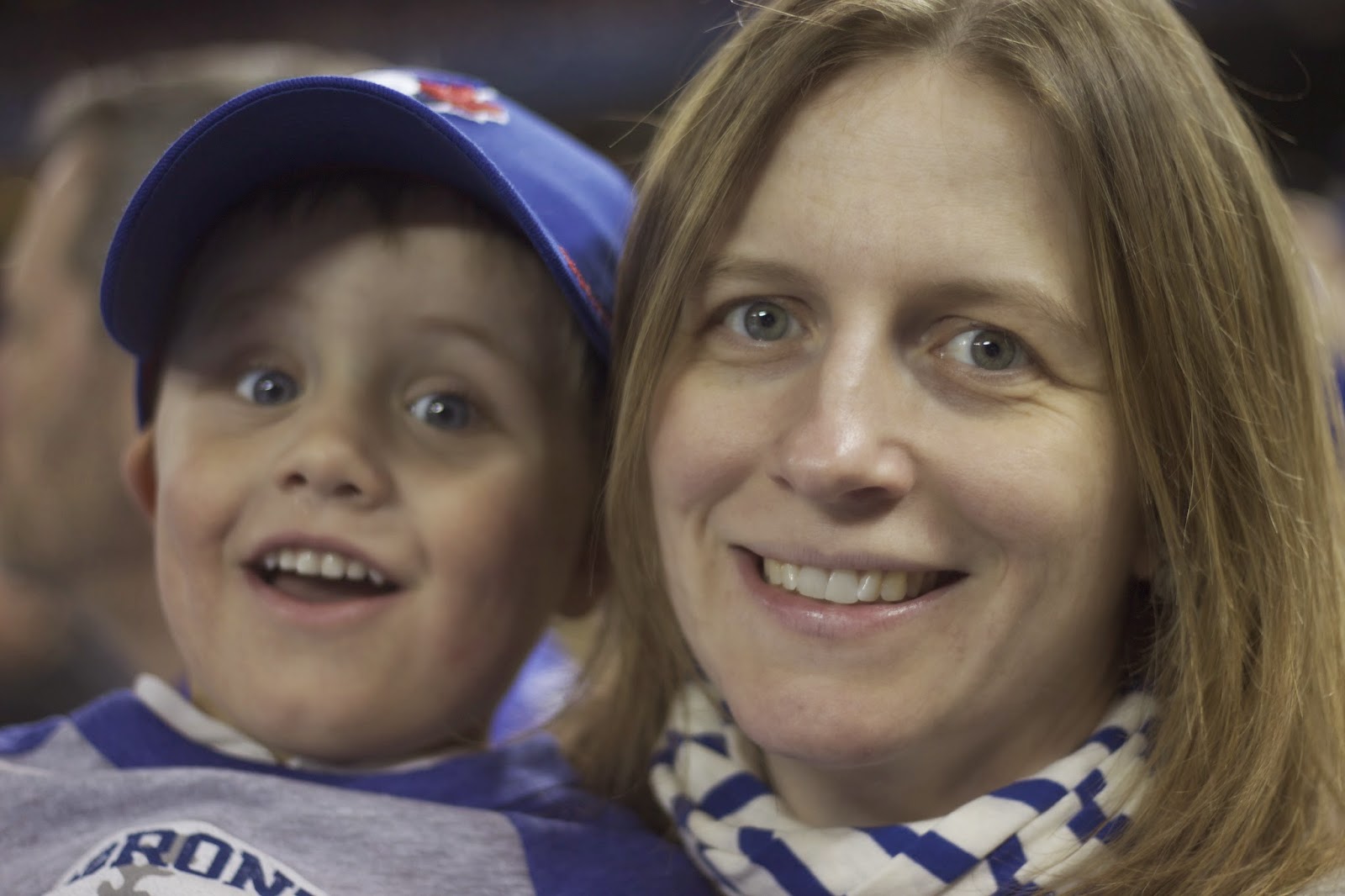 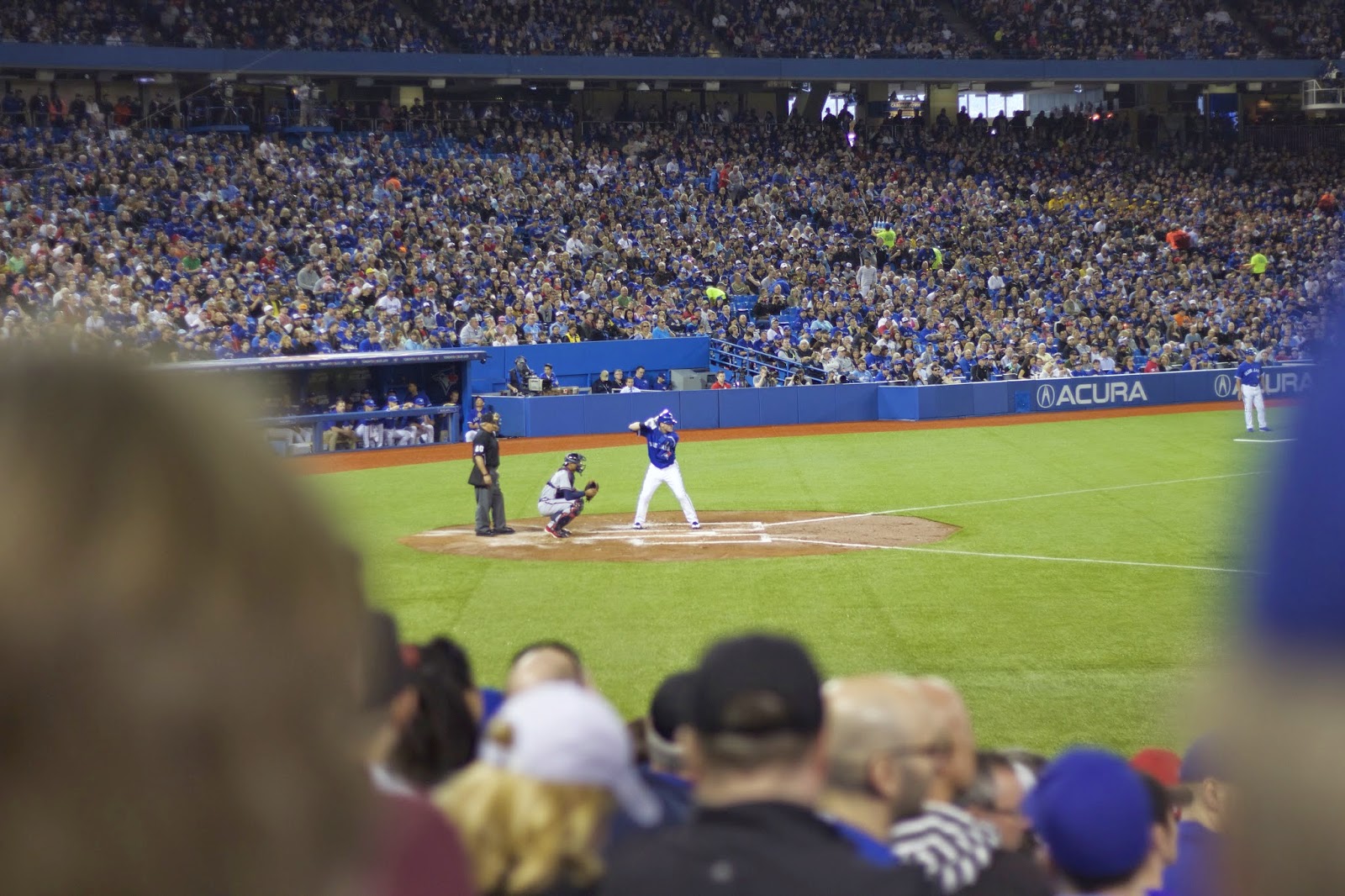 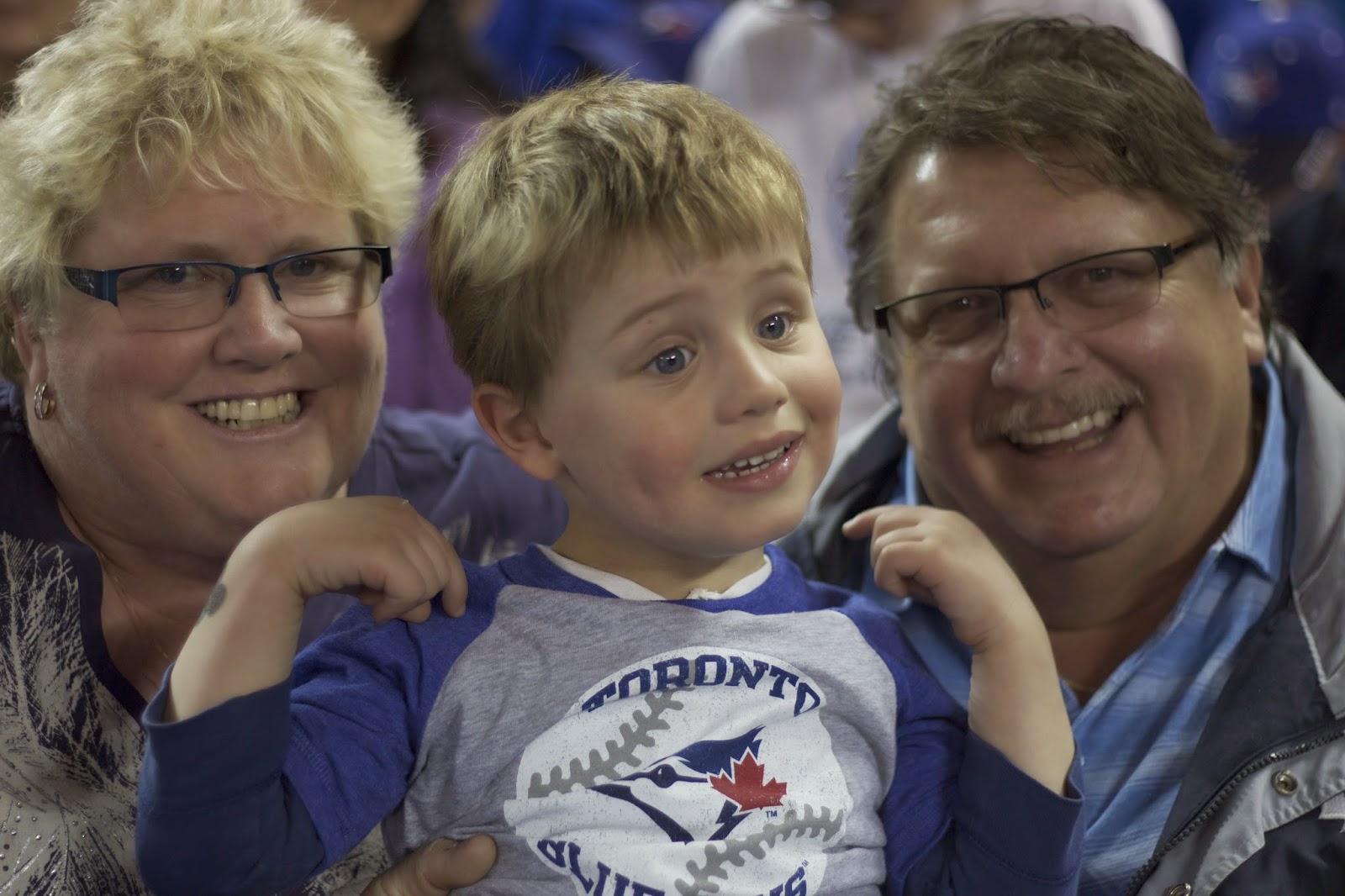 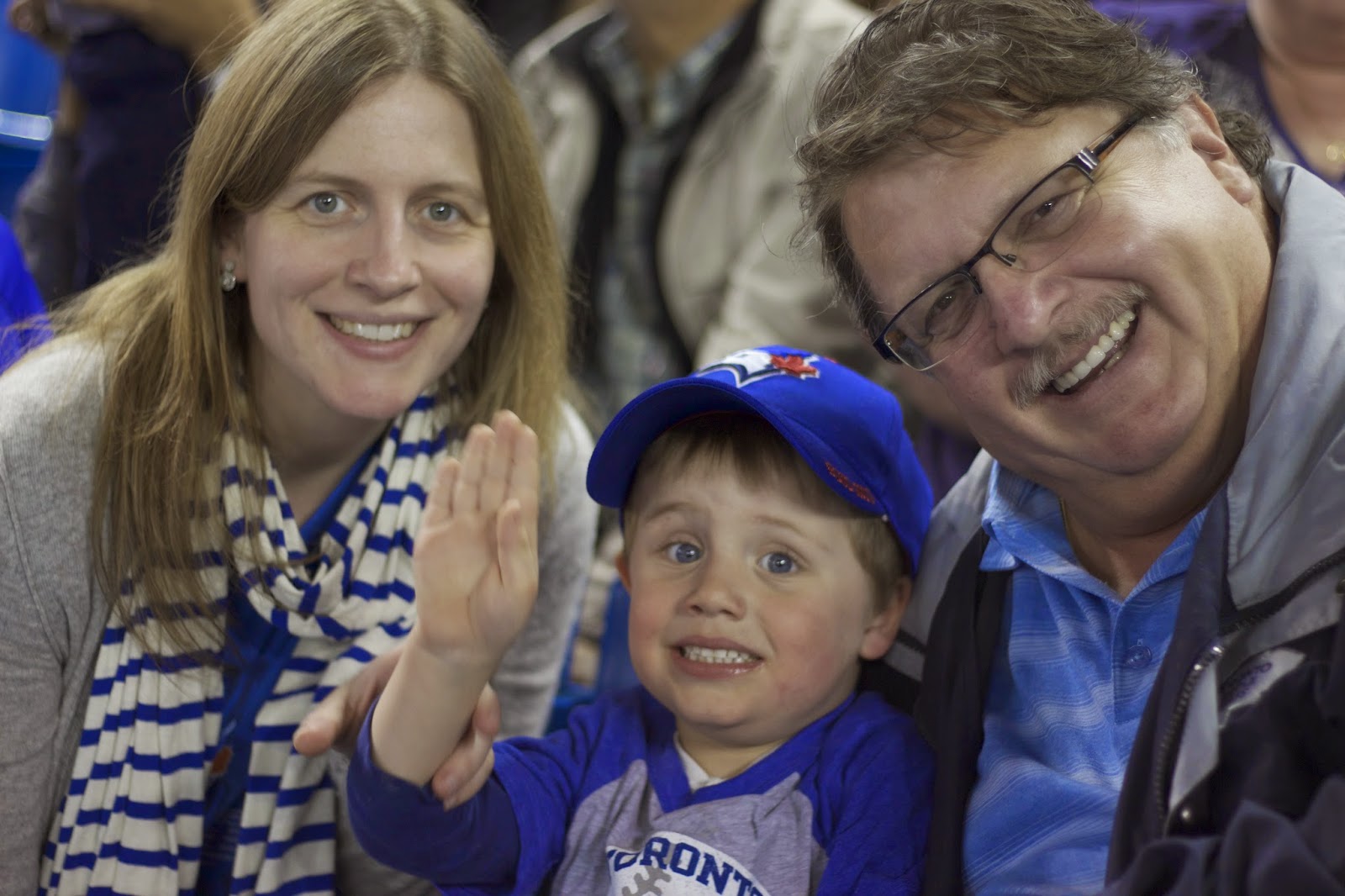 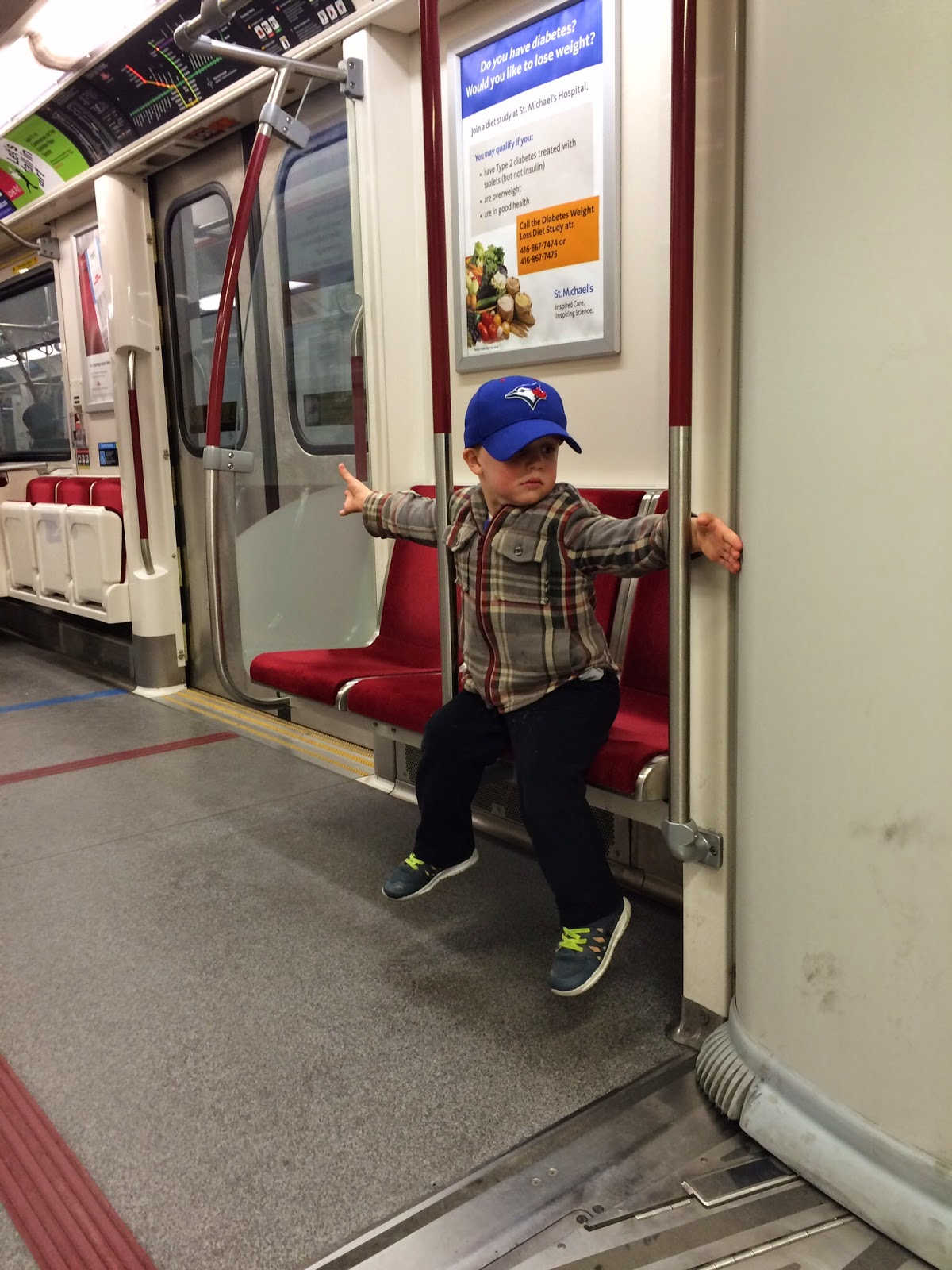 Hanging out on the subway ride home.

Need sleep after this weekend!!