I don't think I actually sat down to relax all weekend, but I wouldn't really have it any other way.  (Okay, well maybe an hour or two to relax would have been okay.)

On Friday night, Dave headed downtown to hang out with some friends, so E and I went out for fish and chips.  It was a busy spot on a Friday night especially for a mostly takeout place but we were able to get a table right at the front. 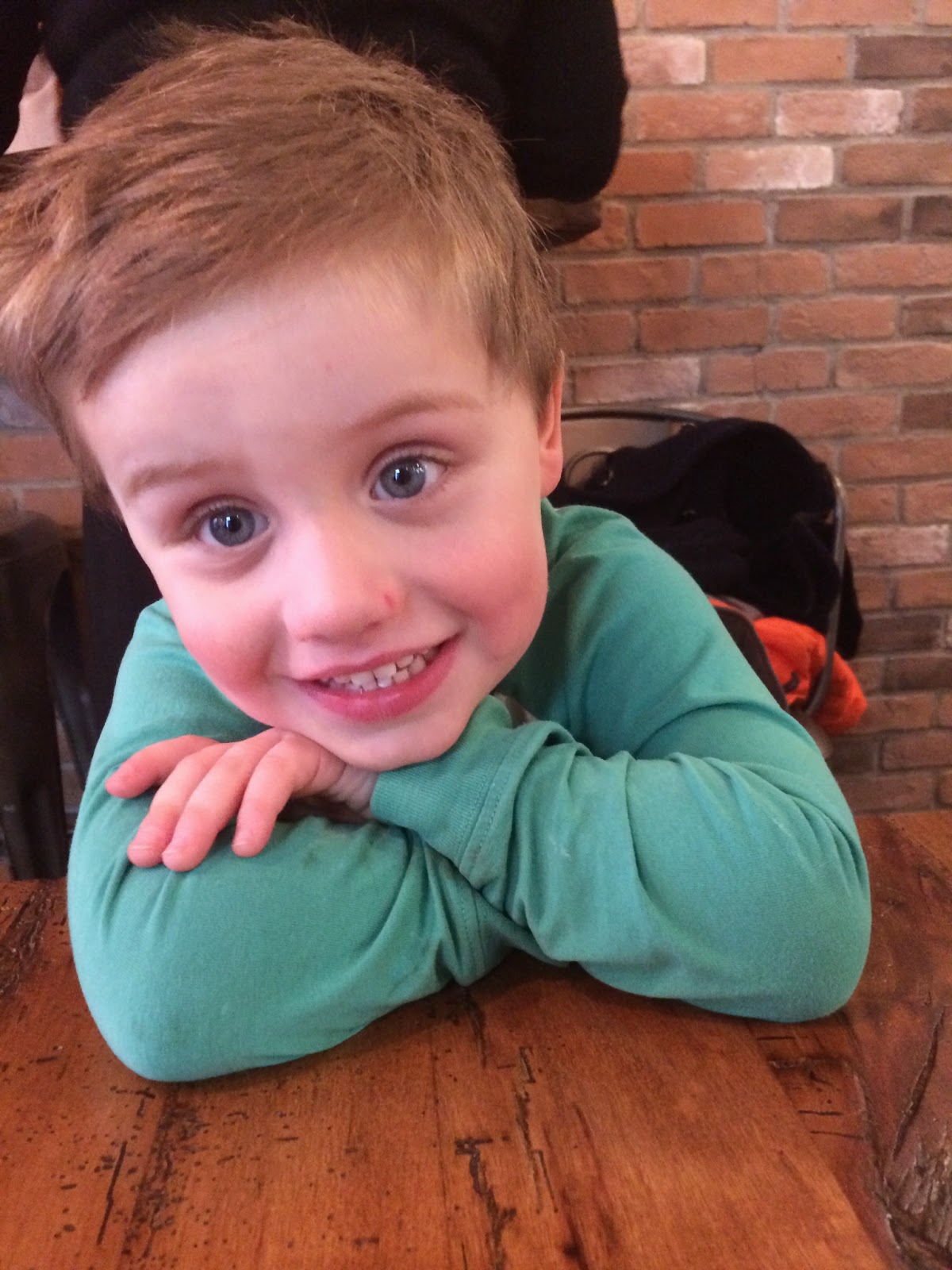 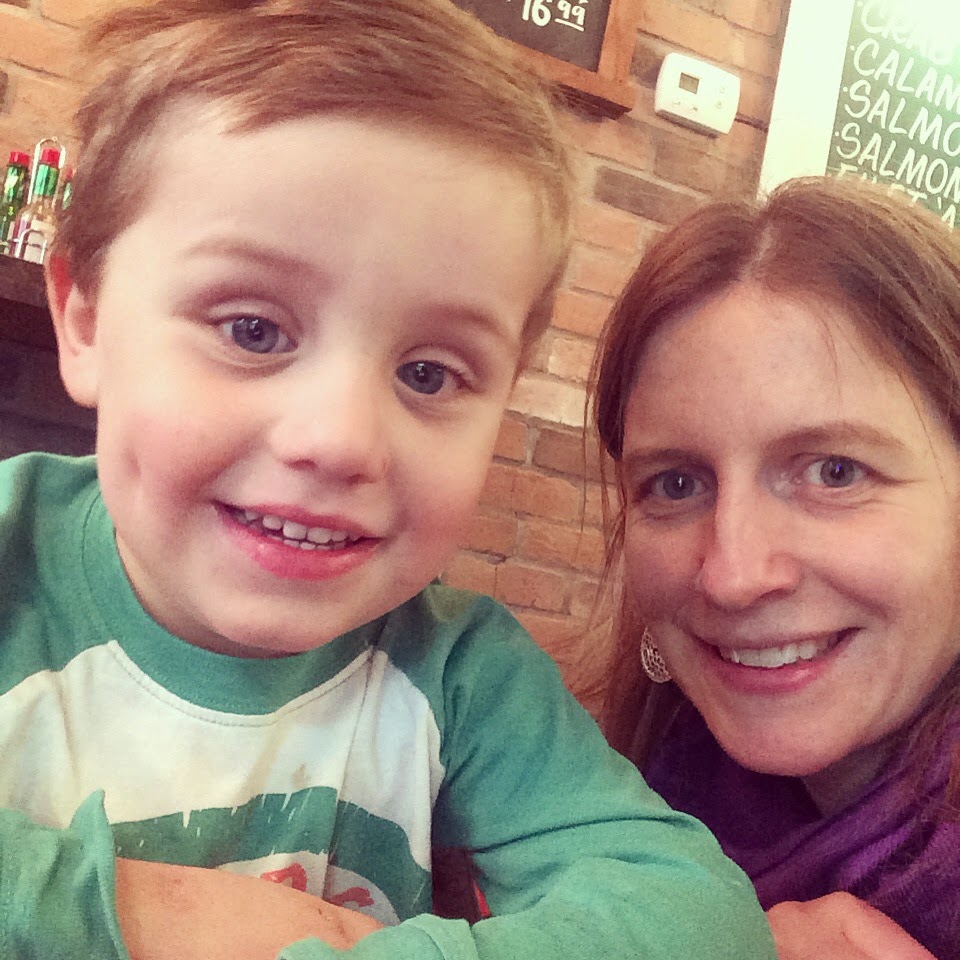 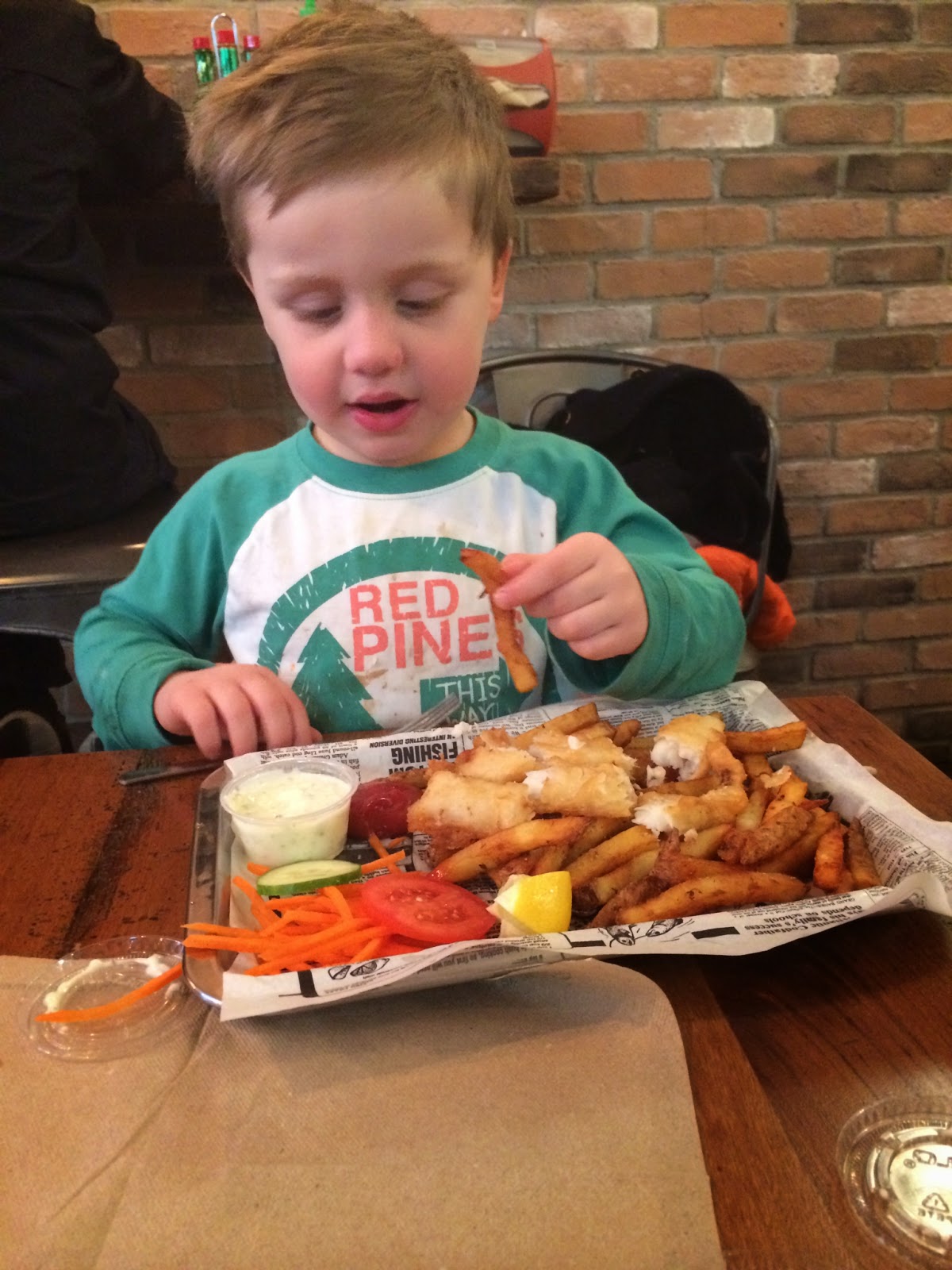 This is the kid's portion, by the way.  I didn't let him finish all the chips. 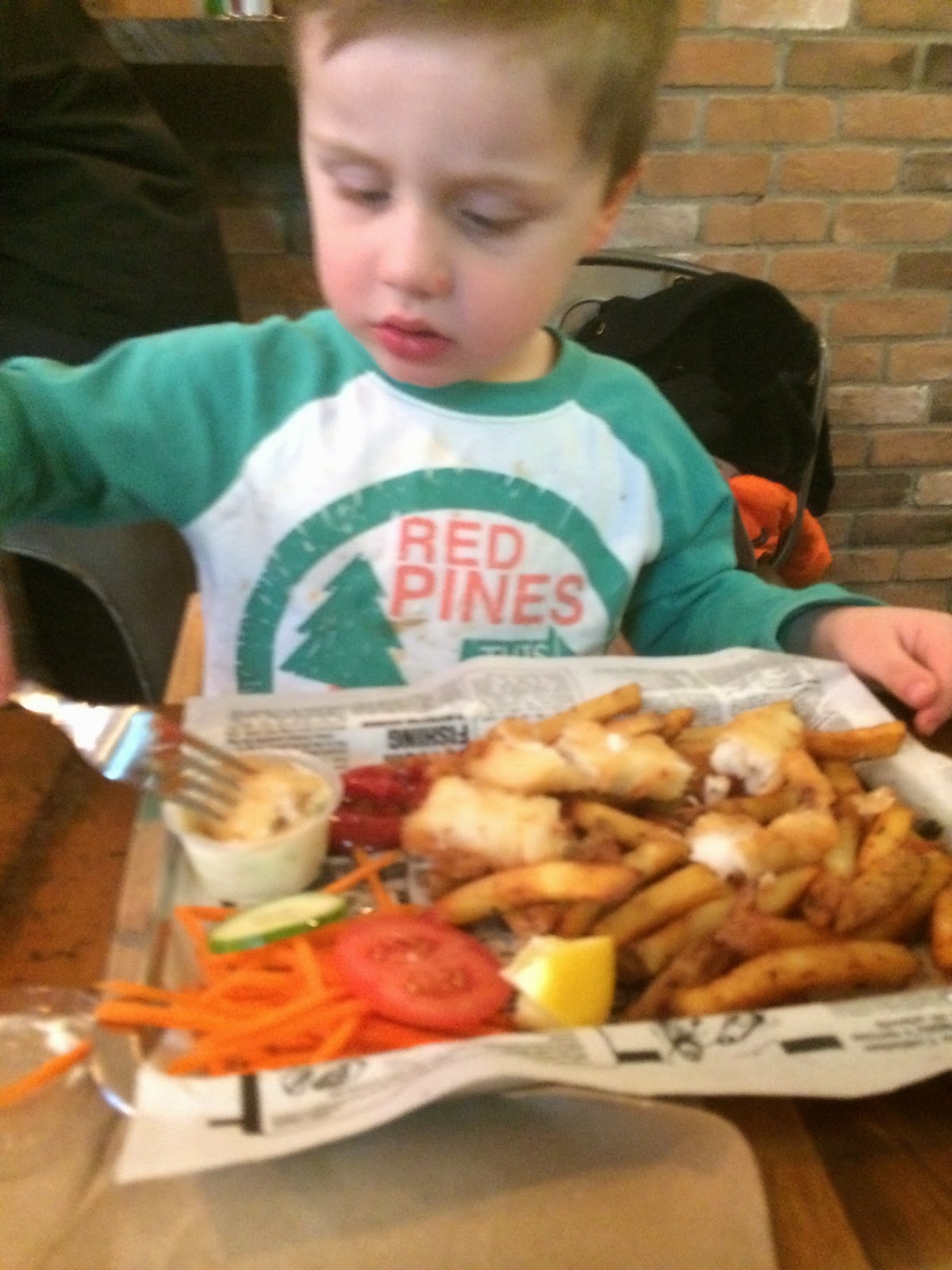 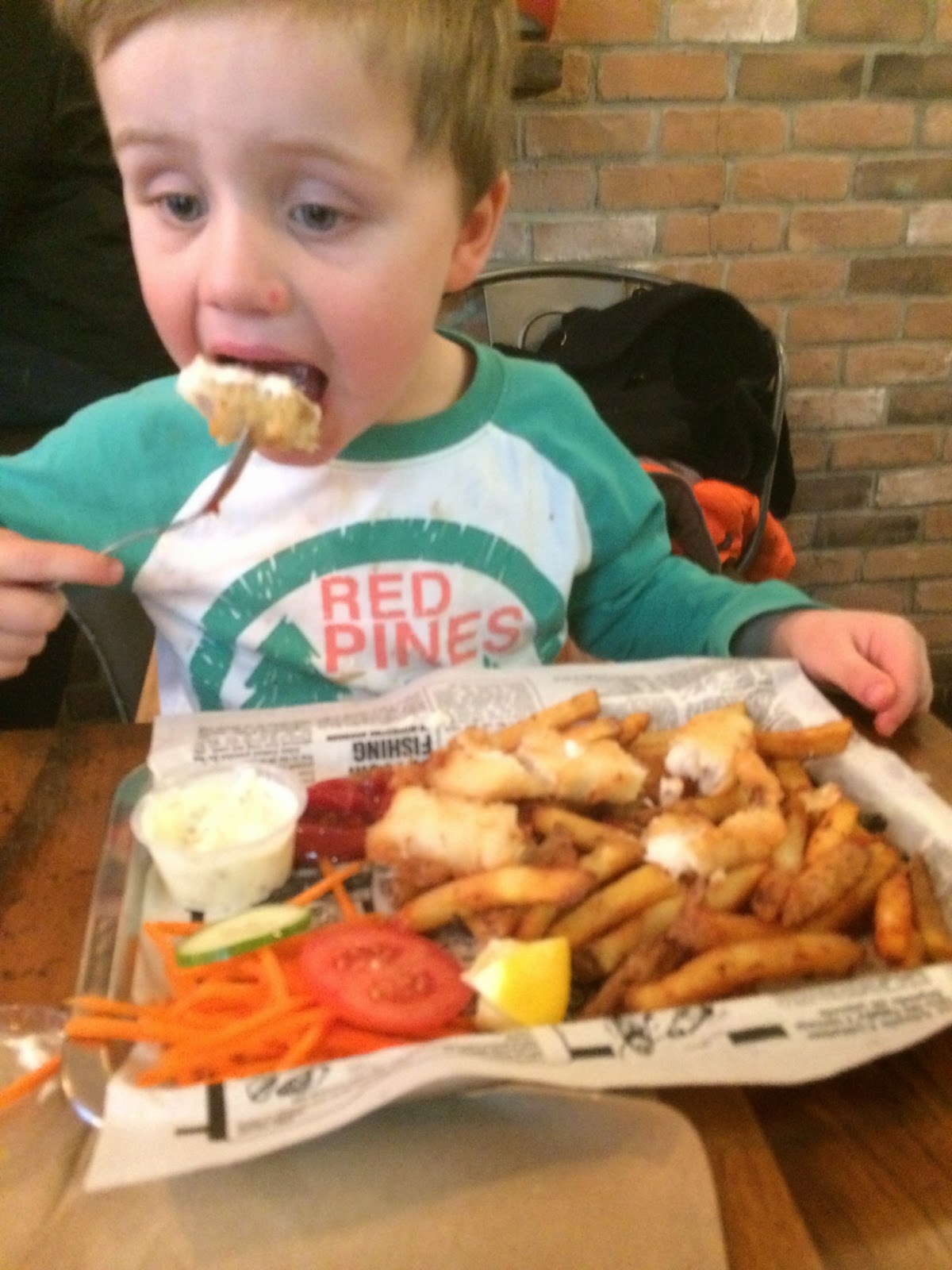 Yummy haddock and chips.  I had the pickerel.

I was thisclose to taking E to the movies to see Cinderella, but since the show started at 6:40, I didn't think that was a wise parenting move. So we went home and watched Fire and Rescue (for about the 20th time) on the couch instead.  Bonus, I read my book club book while he watched the movie!

On Saturday, E and Dave headed out for swimming and I stayed home to clean the house.  I flipped on 30 Rock on Netflix.  Great show.  After they got home, I walked up the street by myself to get our food for the weekend.  After I got home, I kept tidying the house and prepared some food.   Then E and I went to a birthday party. There was a superhero theme.  I brought E's batman mask to wear.  He wasn't sure about it at first but when he saw the other kids dressed up, he wanted to put it on. 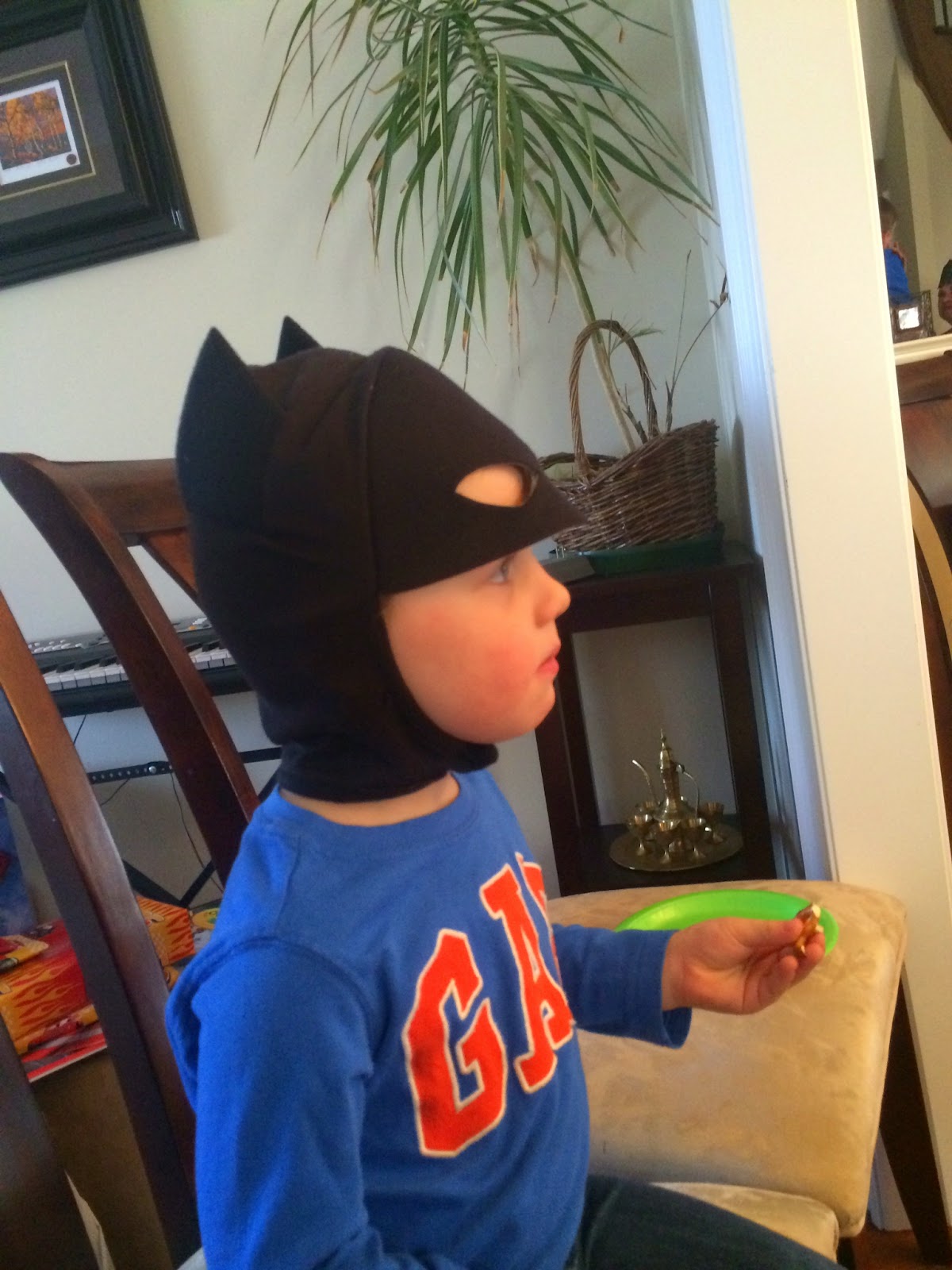 Serious snack when we first arrived. 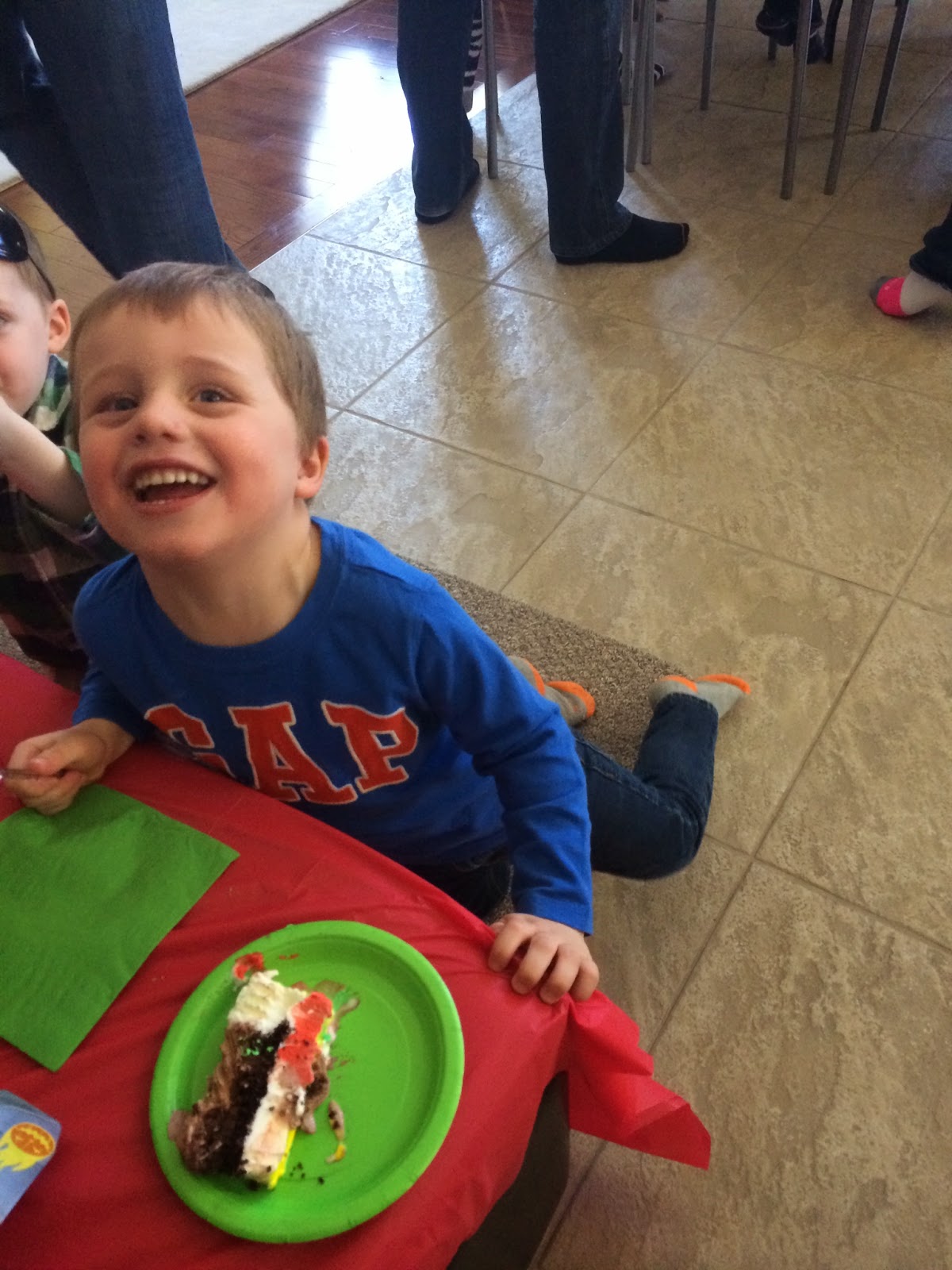 Being a little silly while eating his cake

When we got back home, my mom, aunt and uncle had arrived.  We prepared our supper and had a nice evening with the increasingly warm weather.  My uncle is a pretty good cook and he was sufficiently impressed with my meal. 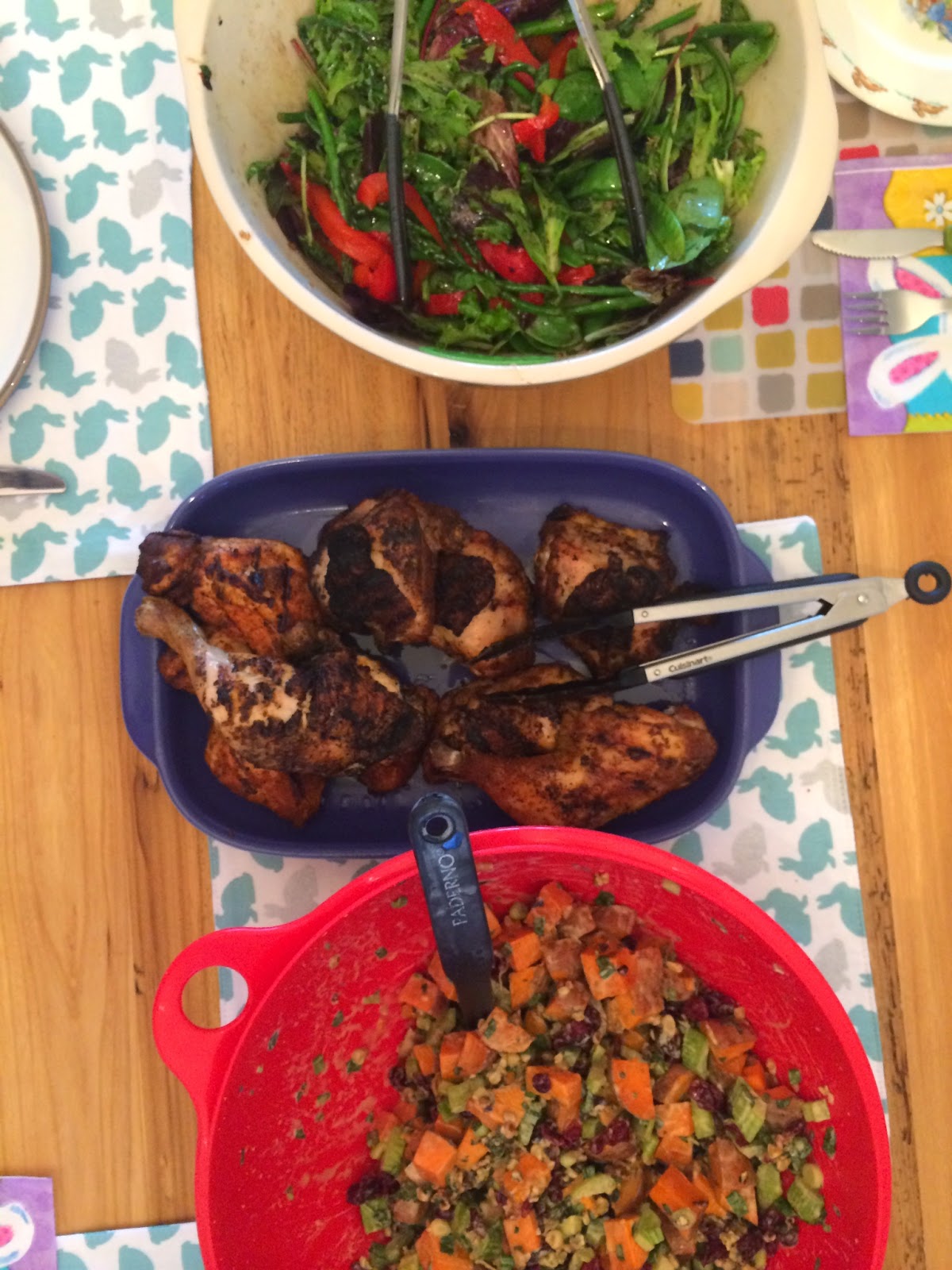 We woke up to beautiful weather on Sunday morning.  Dave and E got outside pretty early to start some yard work.  Then we all went for a walk by the river.  There are still some chunks of ice but is looks pretty spring-y down there. 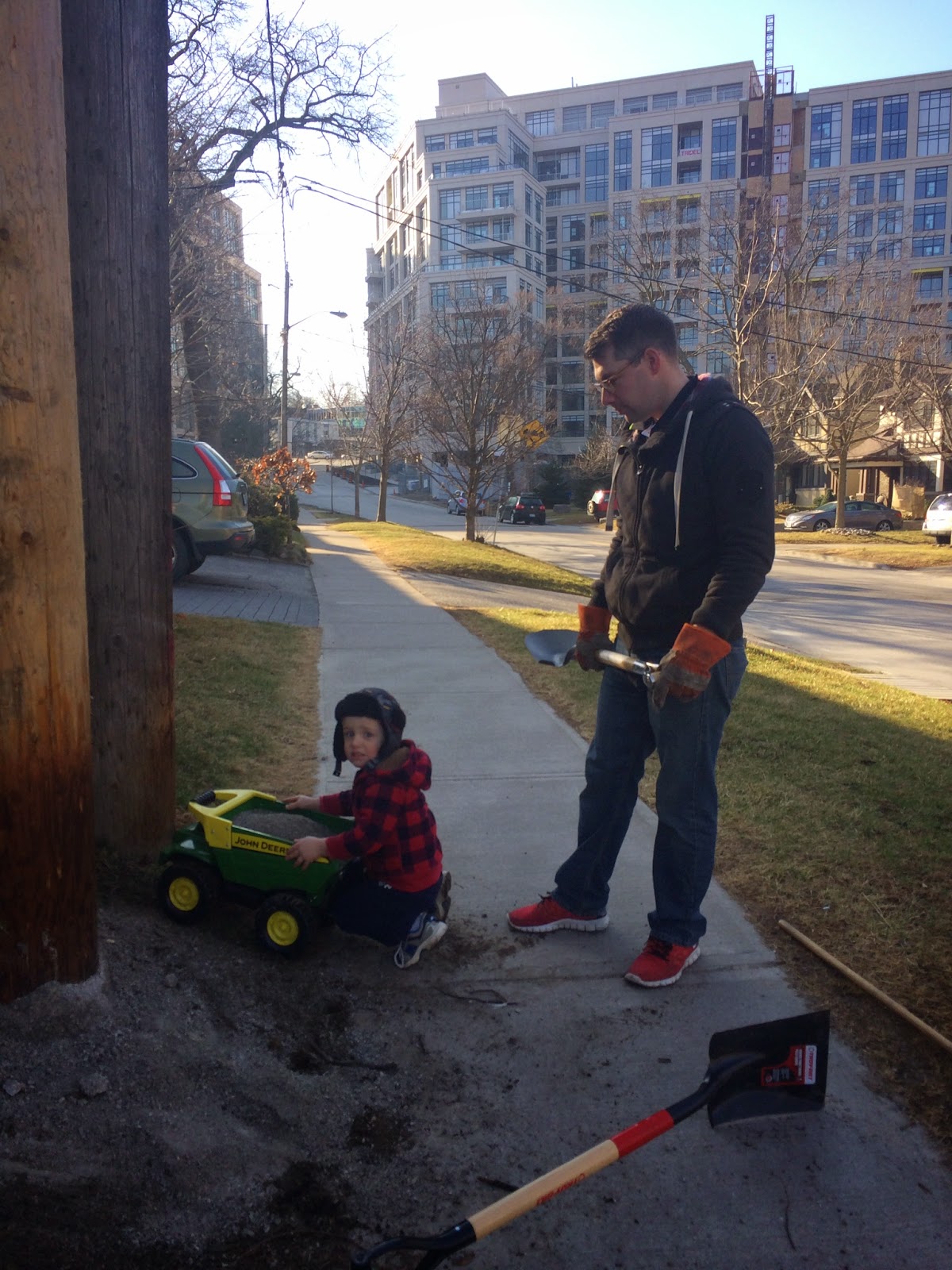 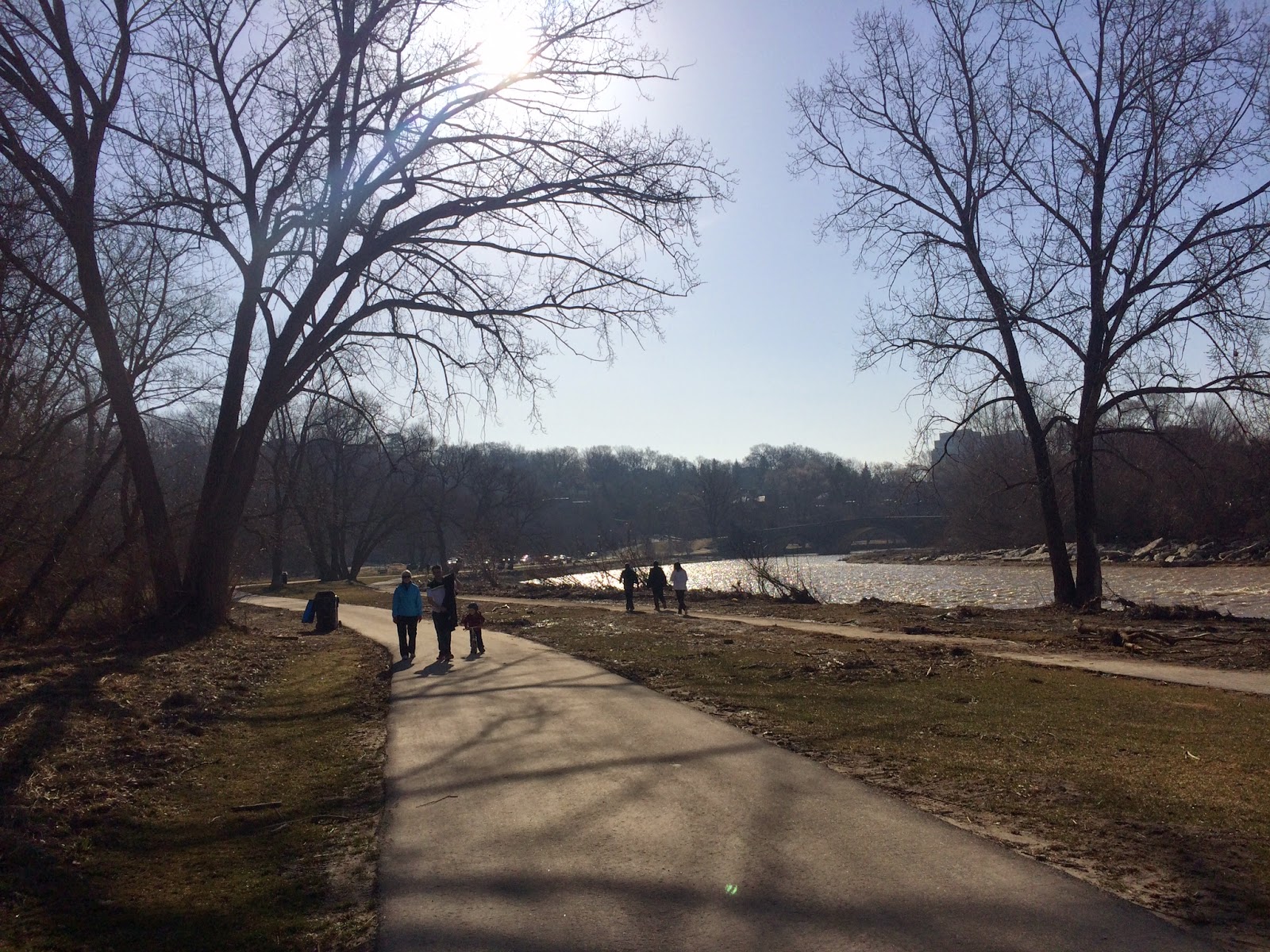 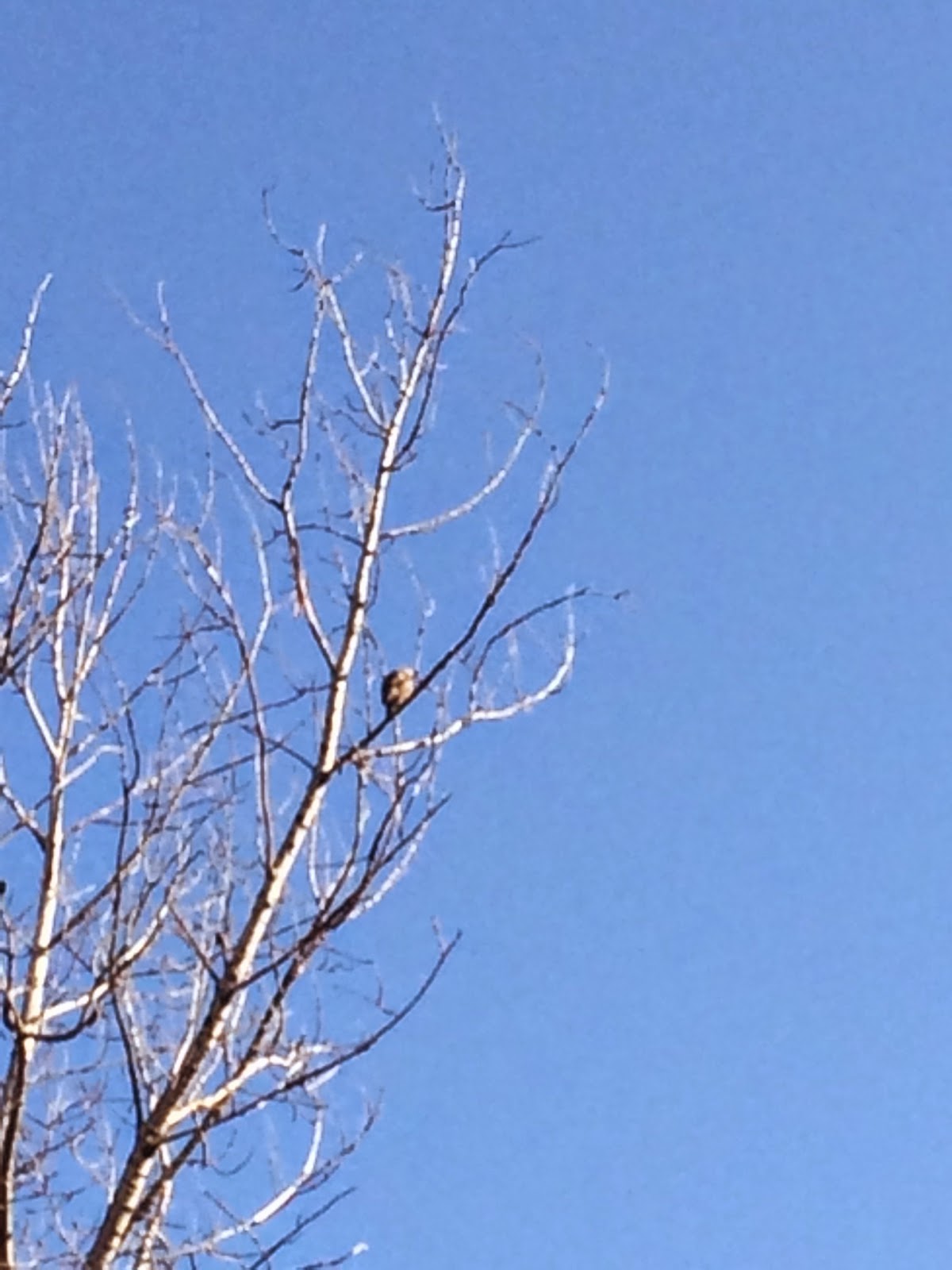 Trying to zoom in on a hawk 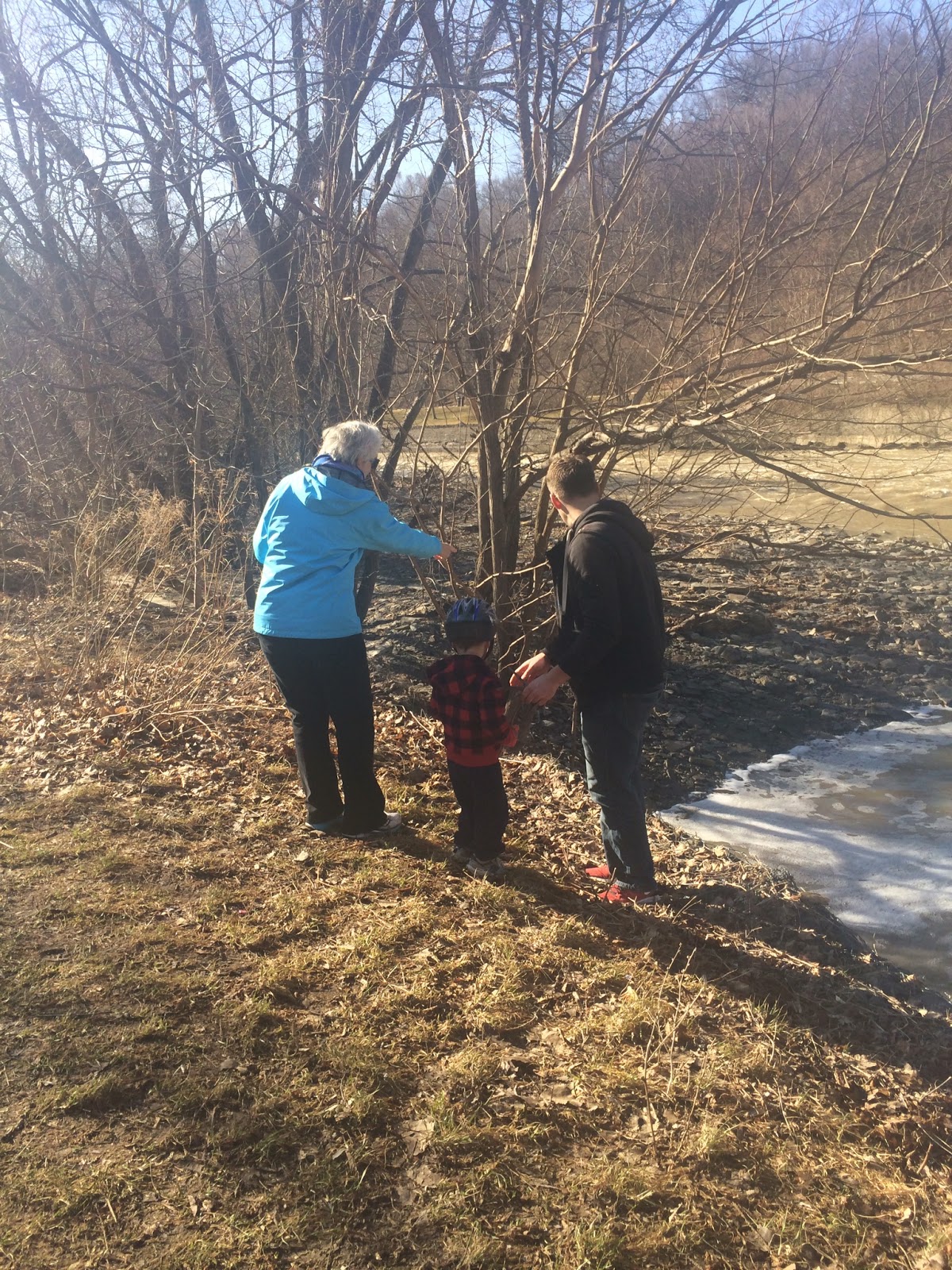 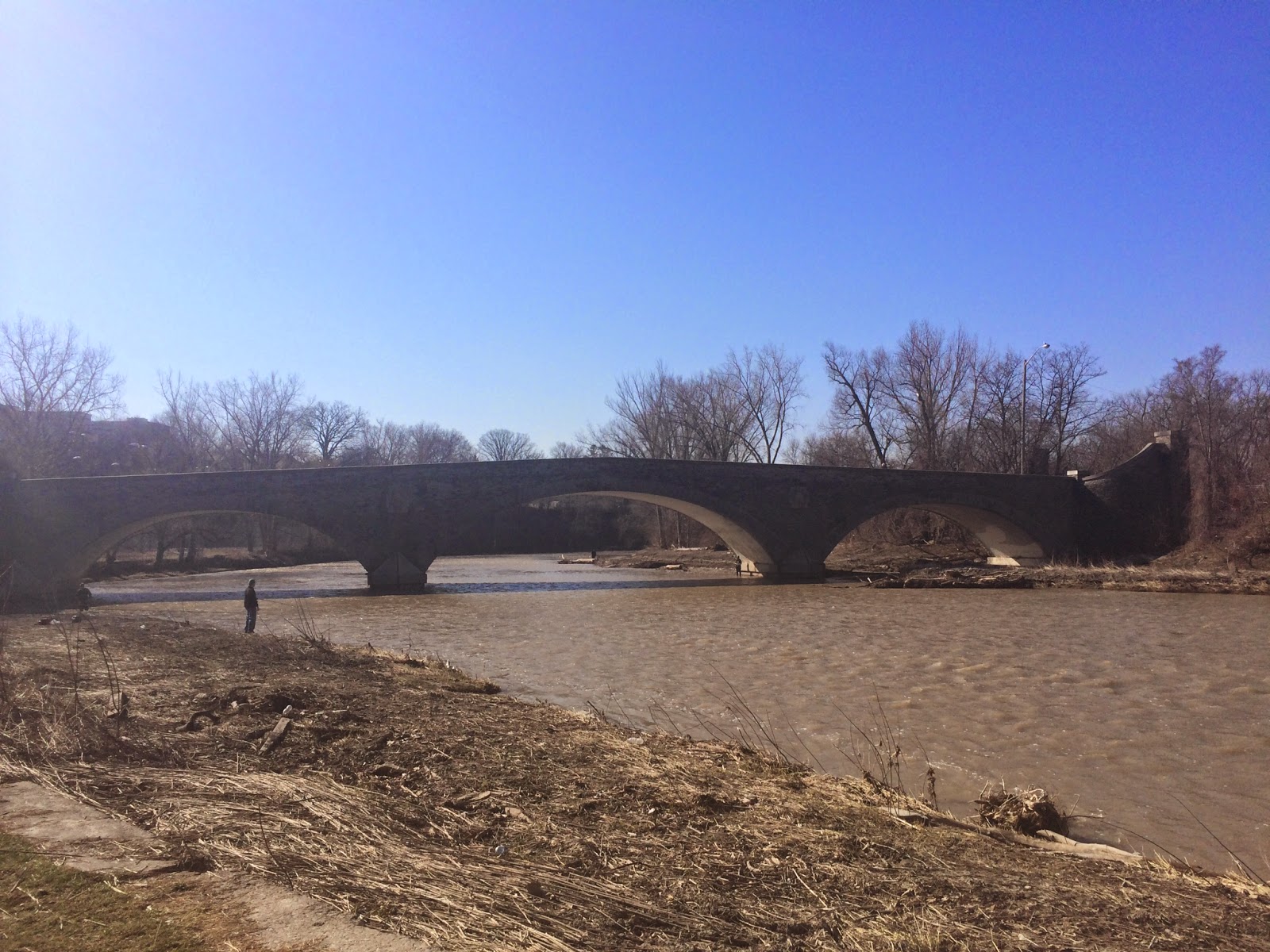 In the afternoon we went up to my cousin's memorial service about an hour north of Toronto.  I wrote about my family yesterday.  After the service, which was lovely - the perfect mix of Jesus, memories, and music - the sandwiches and beer came out.  E ran around with his cousins and didn't really stop moving until it was time to go home.  We stopped out in the country on our way home and he got to play with the big dogs.  I have always been a little frightened by big dogs (I'm mostly over that now), but E had a great time.  They ran up to him and licked his face but he loved it.  He even got to feed one of them treats from his hand which he thought was crazy.

My aunt and uncle had left before us, so when we got home, there were a few pizzas underway (remember I said my uncle was a good cook).  We had many interesting flavours, in no particular order and different combinations on each pizza - fresh mozzarella, fontina, pine nuts, pears, black olives, caramelized onions, mushrooms, salami, basil, tomatoes, etc.  We were spoiled! 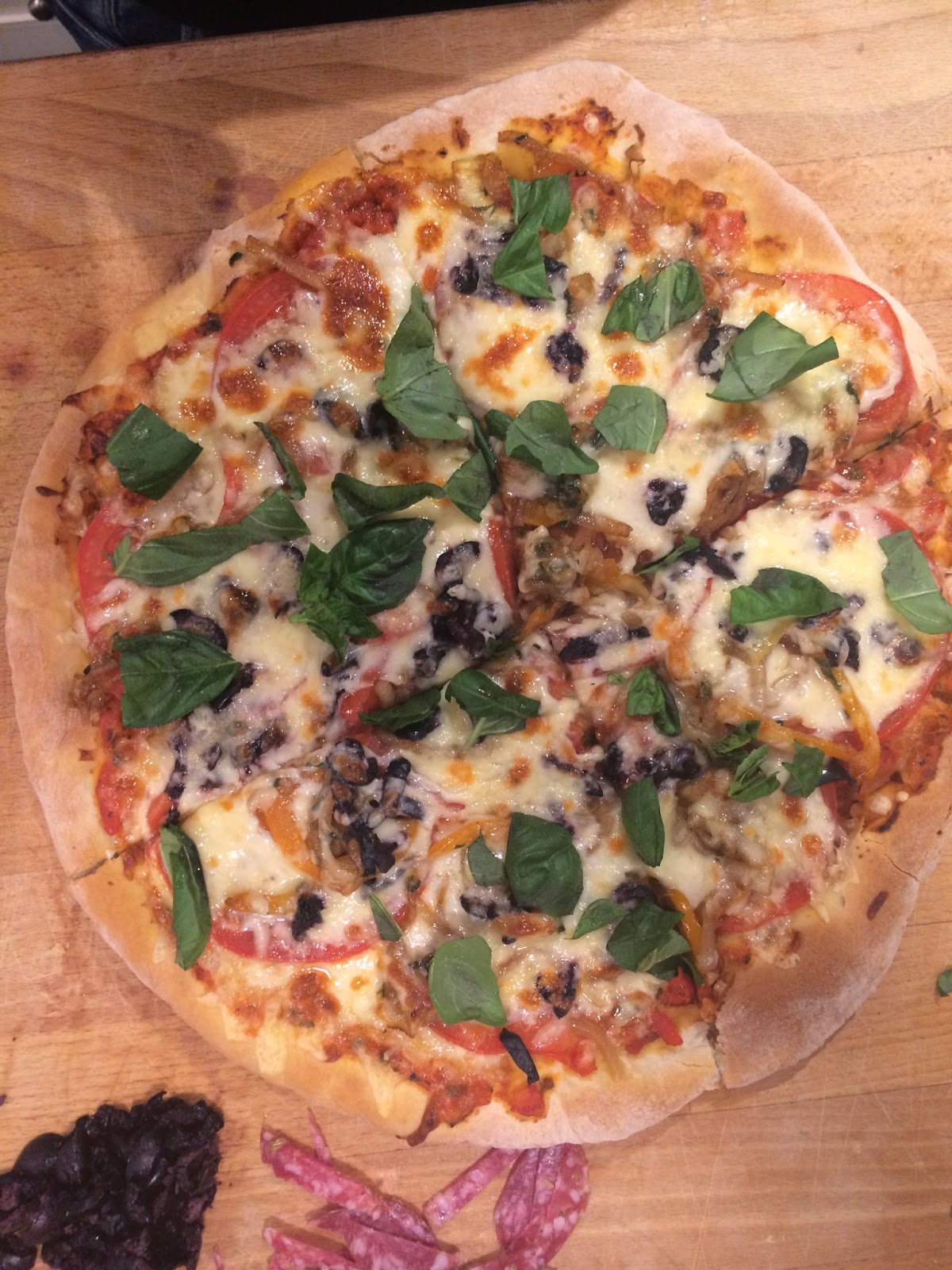 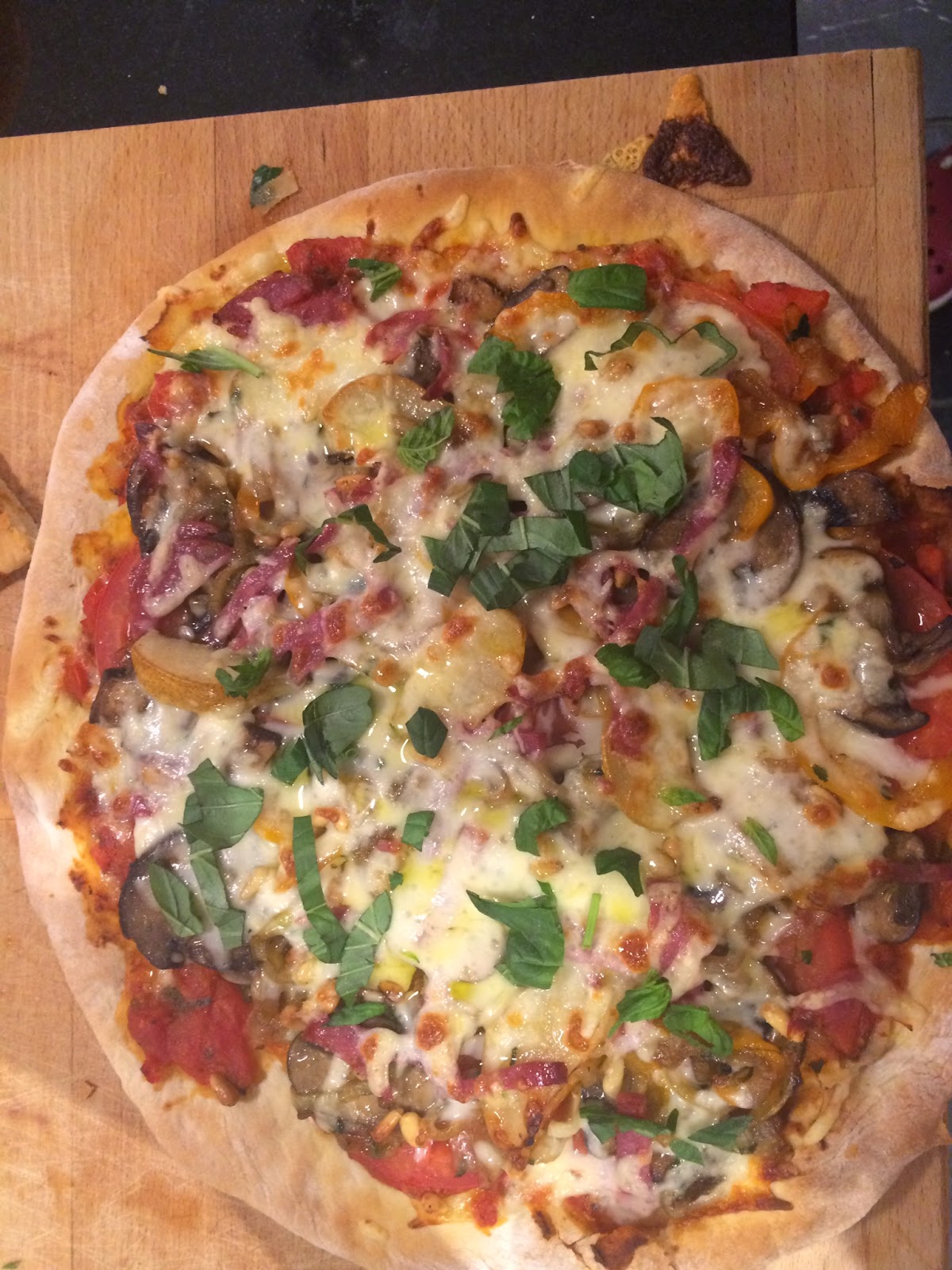 We finished watching the pre-recorded Masters and then went to bed pretty early.  By the way, E fell asleep on the way home and we didn't hear from him again until 7:00 the next morning.