What the heck is going on at the University of Toronto lately? First there were the threats of violence against women and feminists posted on a message board, and then there was an advertisment for a White Student Union.  I know these things are not exclusive to U of T so I'm not really picking on them, just that both of these things happened this week.

The threats of violence really trouble me.  The comments on the message board were basically encouraging those people who felt feminists were being rude or disrespectful to them, to get some guns (vaguely directing them to someone on Jarvis Street where you could rent a gun) and then kill all the feminists or basically anyone at a women's studies or sociology class.  The comments were quickly deleted from the message boards, but social media got a hold of them and posted them to expose the comments so people know what is going on.

This is pretty terrible stuff, and even though violence never makes sense to me, this makes even less sense.  Even if someone hates women, how does killing us help the situation? (Well it doesn't, but bear with me for a minute.)  It's not like you can eliminate women from the world, and do these people seriously want to go back to a world where women have zero power and zero position?  Was that really a better time?  Don't these people have mothers? Girlfriends/wives? Sisters? Have they never met an intelligent female?  How are these attitudes being perpetuated?  It's one thing to think that women aren't as smart or worthy as men, but the desire to do them real harm is what disturbs me.  The thing I always say is that there are always more good people than bad people, and there was another example of that this week when U of T held rallies this week to denounce violence against women.

And then if that wasn't bad enough, someone put up the poster for a White Student Union.  This union is apparently needed to promote western civilization.  This is another disappointment in humanity.  Again the posters were quickly taken down and criticized, but this issue is also related to the protest against accepting refugees into Canada.  What are these "western ideals" that must be preserved?  For the most part people if you just mind your own business, then you won't be "offended" by the various people that now call Canada home.

One of the things I'm most proud of is that Toronto is a true multicultural city.  You can find just about every language in the world here, and there are few racially motivated crimes.  It is disappointing that the type of people to post these comments and and put up those ads live here, but they do.  That should just inspire the rest of us to be even more inclusive of everyone in this city.

I posted about feminism another time here.  The events of this past week only prove my point that being a feminist is not a bad thing, clearly our work is not done. 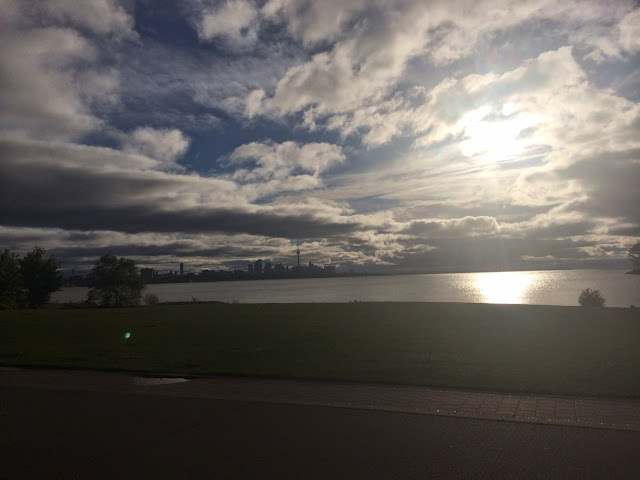