Last year I did a post about the 2014 Toronto International Film Festival movies that I wanted to see.  I actually ended up not going to any movies at the festival last year, but there were a few that I'd picked out that ended up being fairly successful.  I'm still working my way through them.

I'm not sure if I'll be able to make it to any films this year but I'm still paying attention to what's coming up and who is coming to town for the festival.  I love the buzz in the city while the celebs are here.  Single tickets go on sale for the general public on September 6.  The festival runs from September 10th to 20th.

Brooklyn - Nick Hornby (About a Boy, An Education) is the screenwriter.  It is about a young Irish girl (Saorise Ryan from Atonement) who moves to New York in the 1950s.

The Dressmaker - Two of my favourite actors people Kate Winslet and Liam Hemsworth.  I don't need to know more, but in case you do, Kate is a former dressmaker that worked in Paris and now she is returning to her hometown in Australia.

Guantanamo's Child: Omar Khadr - This is a documentary about Omar Khadr.  As I posted about him  here when he was released.  I would be interested to see the entire story told by this documentary.

The Lady in the Van - Maggie Smith stars in this as a homeless woman.  If the character is anything like the Dowager Countess, then I'm in.

Mississippi Grind  - This one stars Ryan Reynolds, Sienna Miller, and Danny from Bloodline (Ben Mendelsohn).  The plot line isn't that intriguing, it's a story of a couple of gamblers on the road from Iowa to New Orleans, but I like these actors.

Spotlight - Rachel McAdams, Mark Ruffalo, Michael Keaton, and Roger from Mad Men (John Slattery) star in this movie about the Boston journalists to uncovered the Catholic Church cover-up of sexual abuse.  I love all of these actors, and the topic is always one I've been interested in.  I'm guessing there will be some Oscar buzz for this.

A Tale of Love and Darkness - Natalie Portman's directorial and writing debut takes on a very heavy topic of Israel and Palestine (she was born in Jerusalem, on my birthday!).  I sort of like Natalie Portman because we are birthday twins but sometimes the roles she plays annoy me.  I'll be interested to see how this movie turns out.

Where to Invade Next - Michael Moore's newest documentary. I have typically enjoyed his movies so I'd like to check out this one too.  US foreign policy, one of my favourite topics to criticize so I'm sure I'll be entertained.

And one of my personal favourites, Jason Reitman will be directing a live on stage reading of The Princess Bride.  The cast is still a secret, but I would love to see this, especially if Mandy Patinkin was to make an appearance. 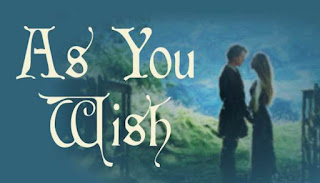