Linking up with Andrea for Show and Tell Tuesday

Today's topic is 5 people you would like to invite to a dinner party.  This is a common question but I have never actually put my mind to it and considered who I would like to eat with. When I thought about this post, however, I thought about it in terms of eating with these people separately so that I get fair time with everyone. Anyone who has put on a dinner party knows that you rarely get time to actually spend time with all of your guests and put on a meal, so I'm taking exception to this topic. Here is my list:

I was trying to decide between him and Tina Fey,  but the video below tipped the scales in favour of Jimmy.  I love what he is doing right now, he's so talented and smart.  I think it would be hilarious to spend some time with him and hear some stories.  Plus he's a good family man, so I'm sure we would just end up talking about kids anyway!

I love watching Jamie's shows and cooking recipes from his cookbooks.  Part of this meal would have to include the preparation.  Jamie is also very involved in two causes that interest me - healthy eating in schools and helping troubled youth so it would be great to talk to him about that.

Donald played wide receiver for his entire career with the Green Bay Packers, my favourite NFL team.  Something I've realized from listening to the Jay and Dan podcast each week is that I love hearing stories from "behind the scenes" of sports teams.  Not only does Donald seem like a lovely guy, he was with Green Bay with both Brett Favre and Aaron Rodgers so I'd love to know what it was like to play with them and what the transition period was like.  He also won Season 14 of Dancing with the Stars, with Peta, so I'm sure he's got a few stories about that too!

I'd love to see and talk to both of these special people again.  They have both died in the last few years.  They were always so interested in what I was doing, and I know they would love to know about E and how he has grown.  I can still hear their voices sometimes, telling the old familiar stories so even though I've heard some of these stories a lot, I'd still want to hear them again. 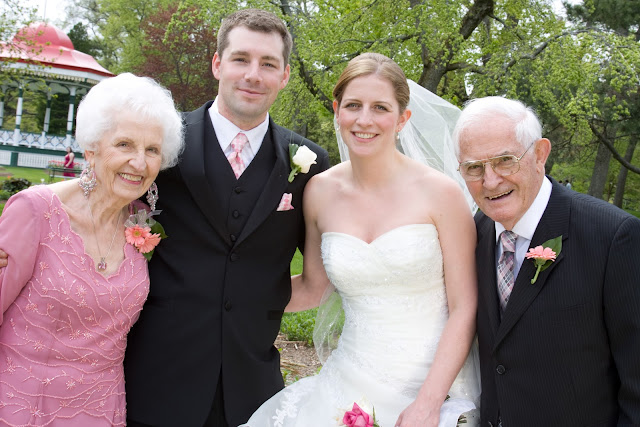 That was a fun exercise!
Posted by TorontoSAM at 5:30 AM