On Friday afternoon we headed down to Sarnia to pick up E and spend the weekend with Dave's parents.  Somehow we managed to avoid most of the traffic getting out of the city, and we made pretty good time.  E was happy to see us and we were happy to see him.  He had a great time down with his grandparents, they kept him busy everyday, but I think he missed us just a little.  That night we celebrated Dave's mom's birthday with some of their friends and neighbours.

The next morning Dave and I went for a run together, and then we got our stuff ready for the beach.  The beach is on Lake Huron so the water is a little cold, but nothing like the Atlantic Ocean, so we all went swimming and enjoyed a picnic lunch. 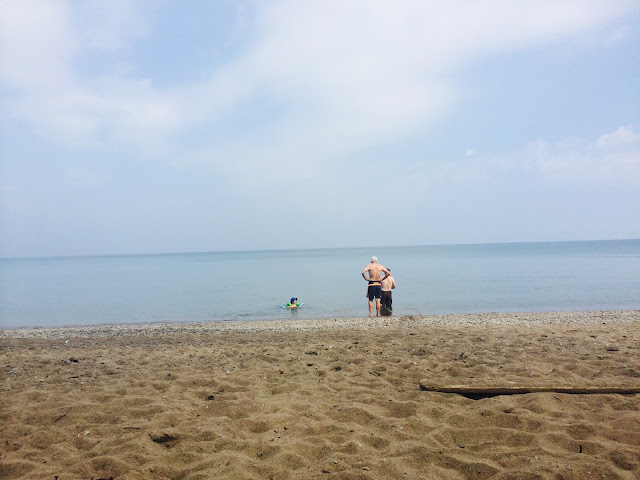 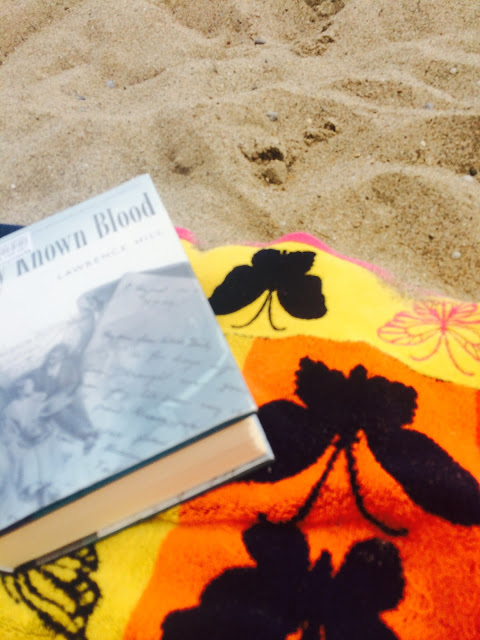 And I even enjoyed some of my book

After the beach we went home for an hour or so to rest before going down to the yacht club where Dave's parents are members. They were having a Labour Day weekend BBQ and fireworks.  We were all so tired and it was so hot we weren't sure if we could make it until the fireworks, but we did and enjoyed them.  E was excited about them, and kept picking out the ones that each of us said we liked best, and said "there's the one you like Mom." 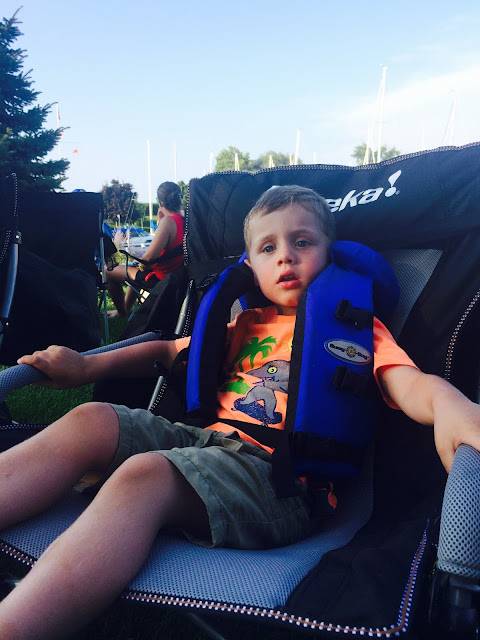 The next morning we went back down to the yacht club and tried to go for a sail.  Alas, there was no wind so we gave up after 30 minutes of bobbing around out on the water. 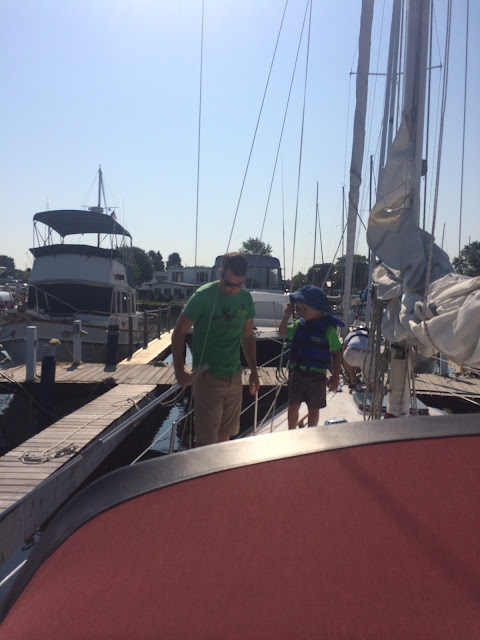 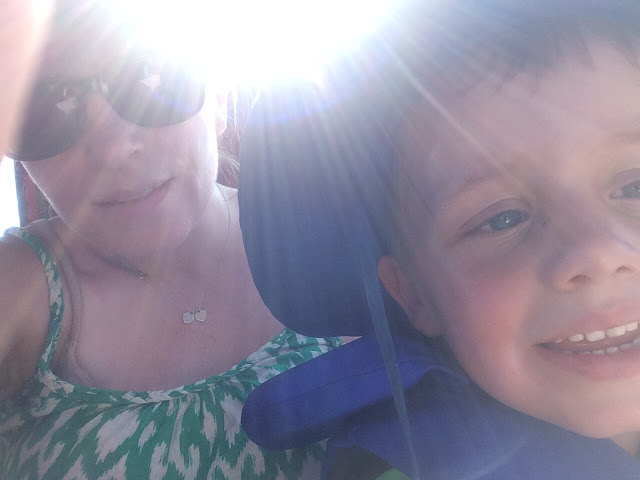 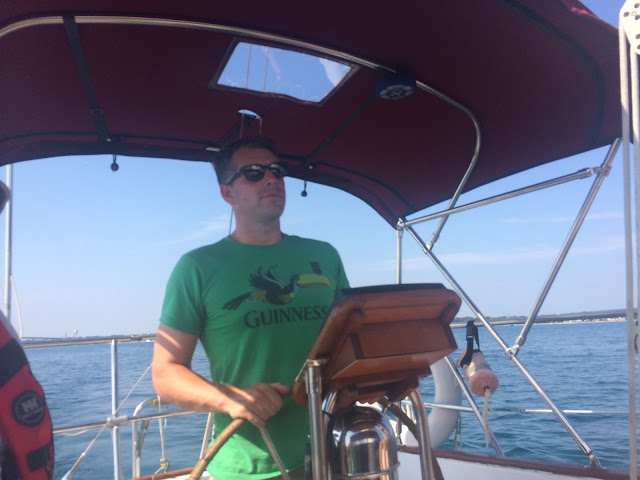 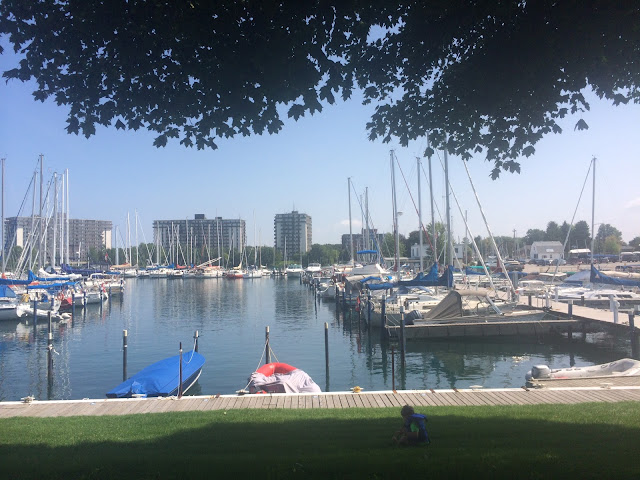 After our "sail" we went to get some french fries down by the waterfront.  Then we went home because E was very tired and needed a nap. He doesn't nap often but being out in the sun had worn him out.  After he woke up we went back to the beach for a quick dip before suppertime.  It was nice being able to pop down to the water for a swim.

On our way home on Monday we decided to stop in at the outlets (along with everyone else in the GTA and surrounding area).  It wasn't a total loss, I did get some new sneakers and Dave got a hoodie that he's been wanting for awhile.  We were happy to get home though! 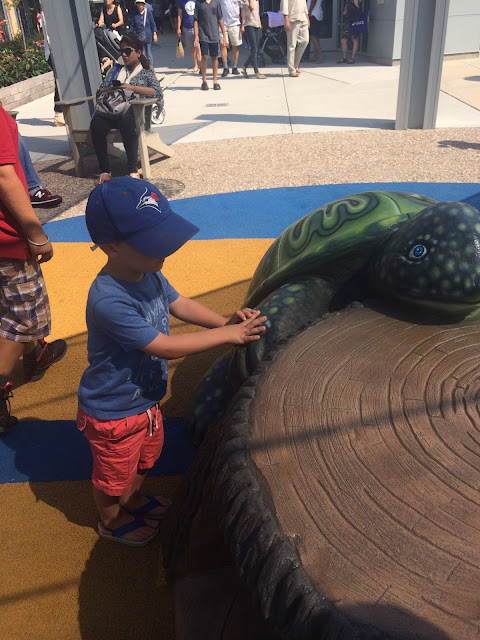 At the play area at the outlets