On Friday night it was pizza night. Q was pretty tired so he went right to bed after he ate supper, but Dave, E and I watched Maze Runner.

On Saturday morning Q was up pretty early so Dave got up with him and made waffles for breakfast. 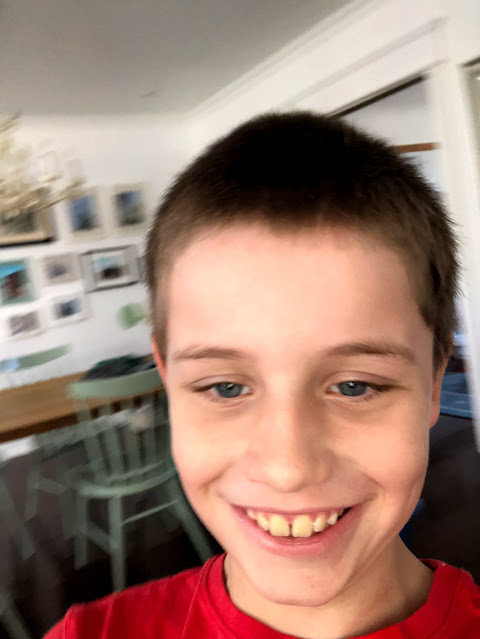 At 9:30, we logged onto Zoom with our Church school to make some pretzels for Lent.  This was a really fun event and E did a good job (with some help from me). 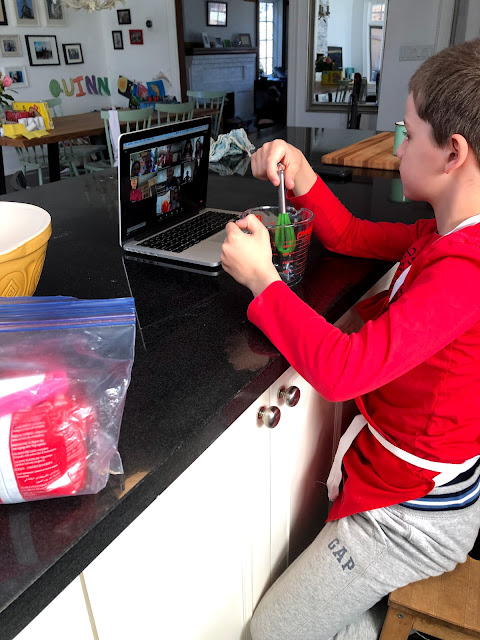 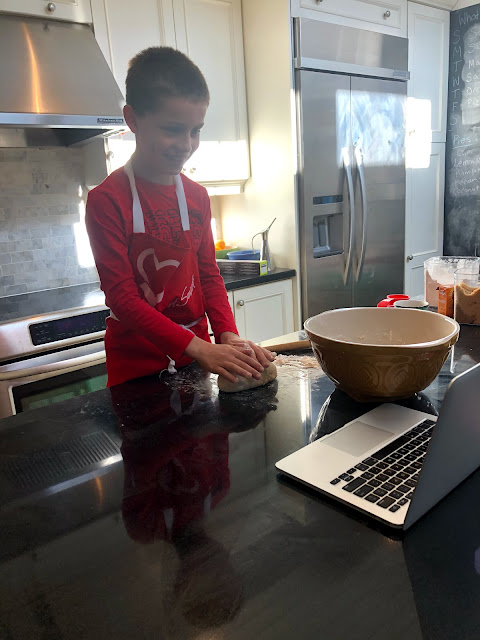 Q made a brief appearance but he was just playing with toys. 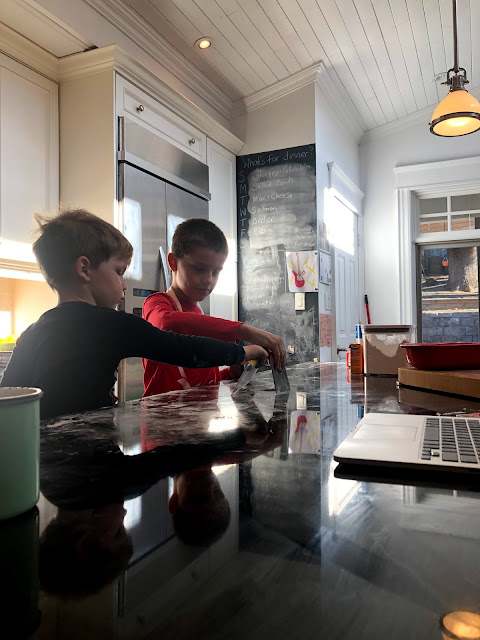 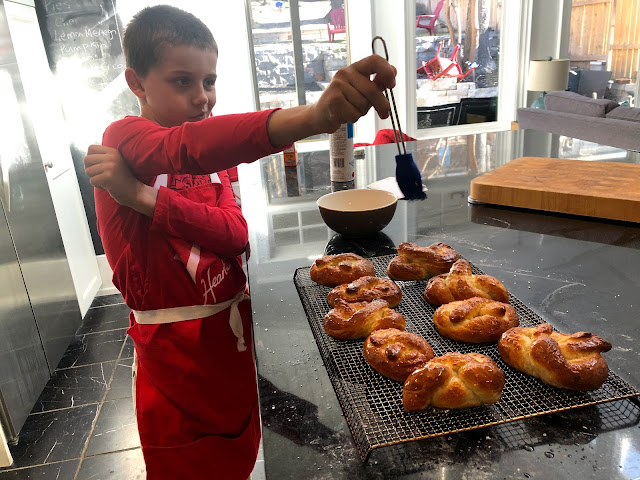 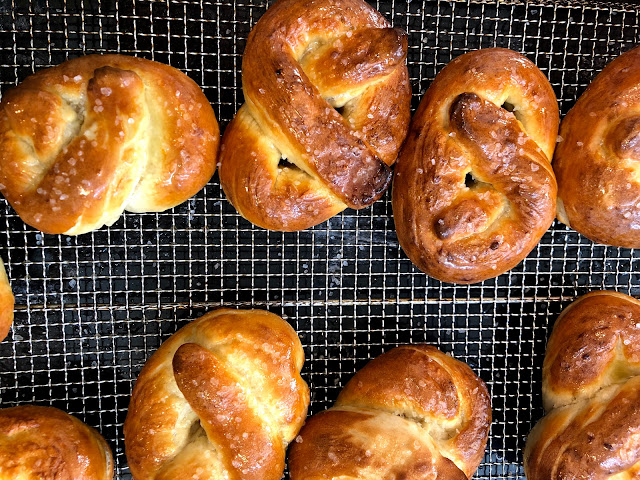 Meanwhile Dave was outside cleaning up the yard.  After a bit we went up to the playground.  It was still chilly but the sun was nice. 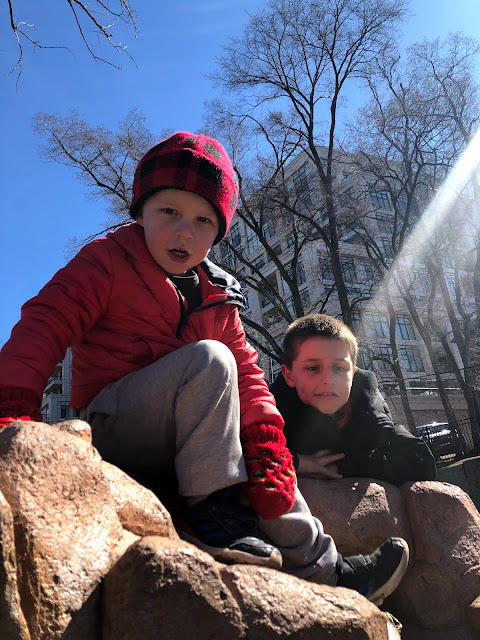 After lunch I walked up the street to get a few things for supper and then I got back, we decided to walk up to the playground for a little while to take advantage of the sunshine.  When we got home we made some Lucky Charms squares for St. Patrick's Day. 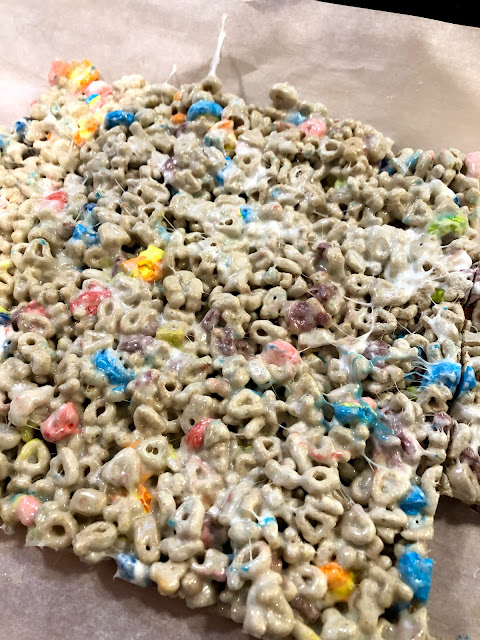 Settling in for some curling. 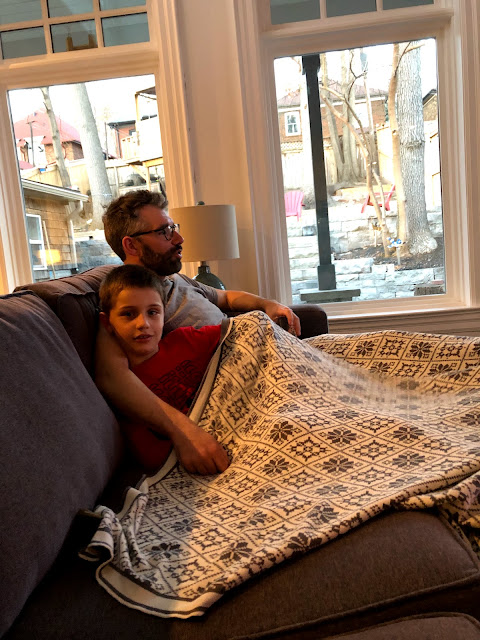 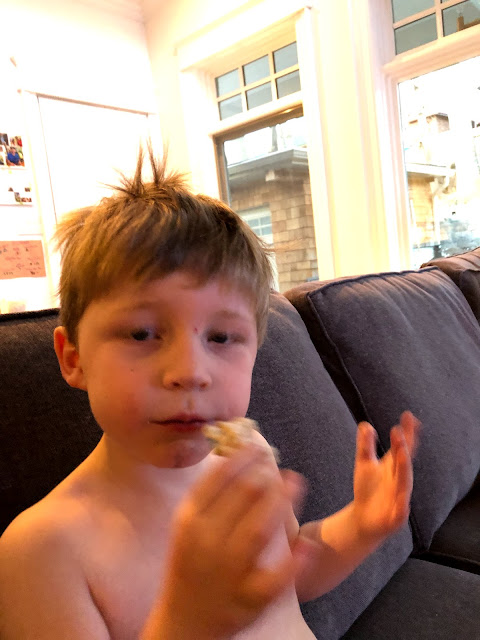 On Sunday Dave got up for a run.  I enjoyed this colourful breakfast. 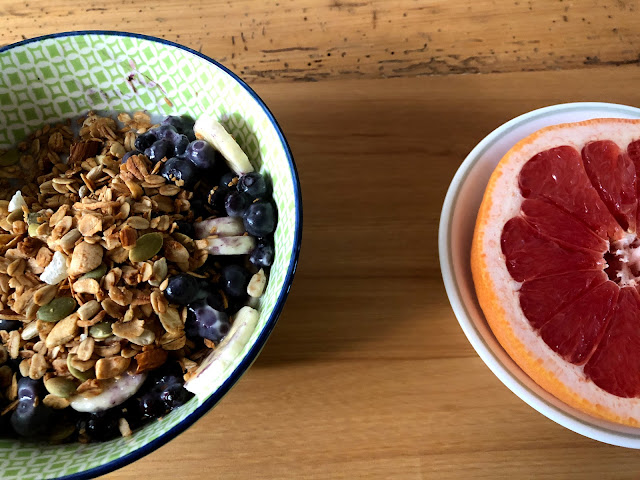 We tidied up the house and did some laundry.  E worked on his school project.  I watched our church service.  After lunch we got our baseball stuff together and went up the park again. 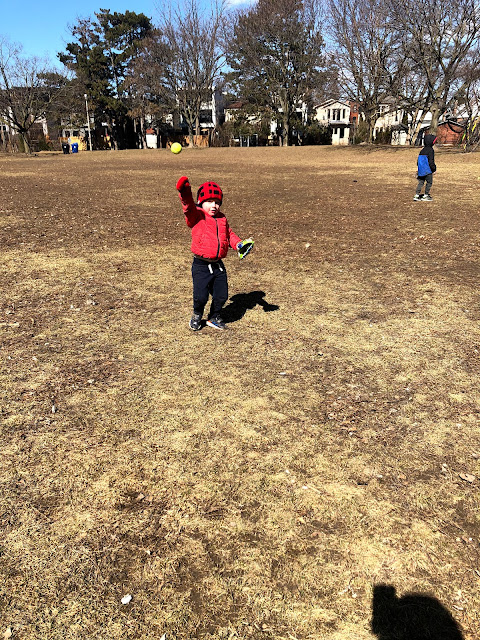 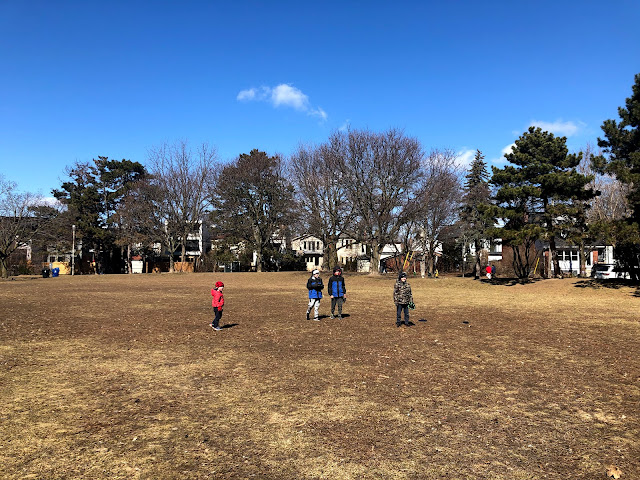 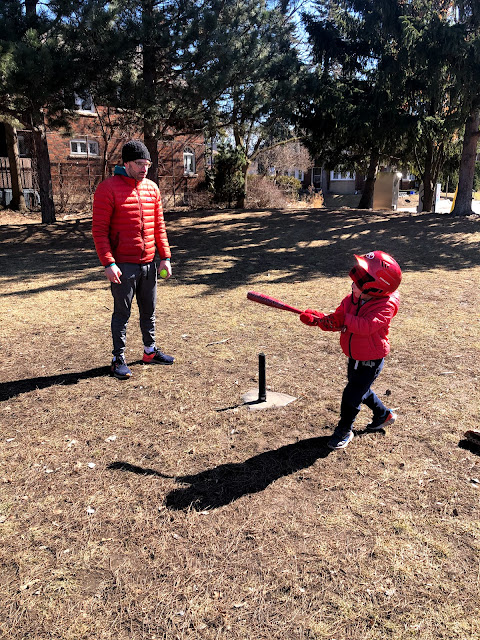 The kids played with the neighbours for a long time and eventually we convinced them to come home, it was cold (and we wanted to watch the curling and golf). It was a successful afternoon.
In honour of Pi day, I made a lemon meringue pie from scratch. This was the first time I had made this pie so I would have preferred to tackle it alone but I had a keen helper. 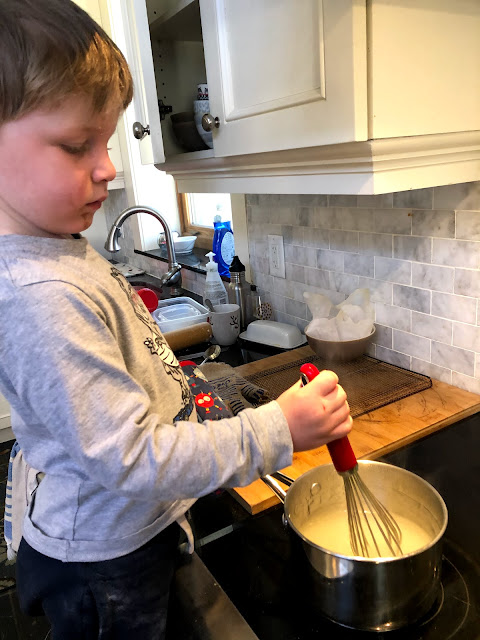 It turned out really well. 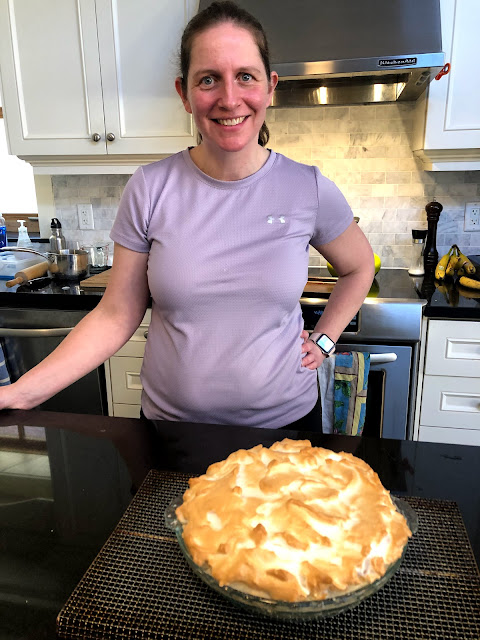 A nice thank you note from Saor Studio along with the tulips I picked up the day before. 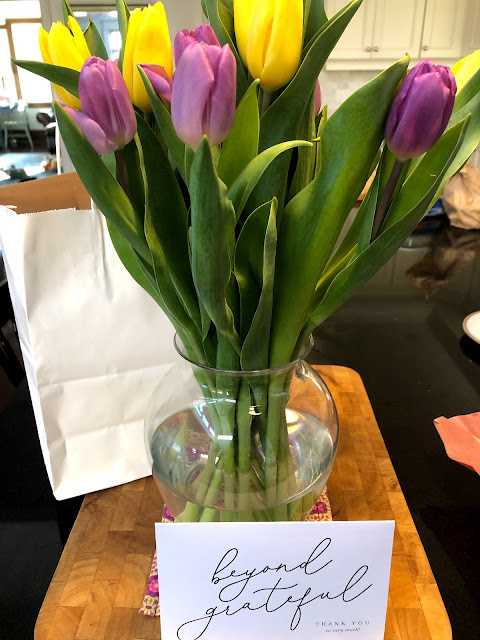 With the time change Q thought it was too light to go to bed, but I assured him it is the time on the clock that dictates bedtime, not the sunlight, and he understood and was fine to go to bed at the same time.  E also got to bed at a good time and Dave and I watched the curling final. We were happy for Brendan Bottcher and his team. They had been to the finals for the past three years and lost, so it was his time this year.
Posted by TorontoSAM at 6:00 AM