Three things going on with each of us at the moment:
Q 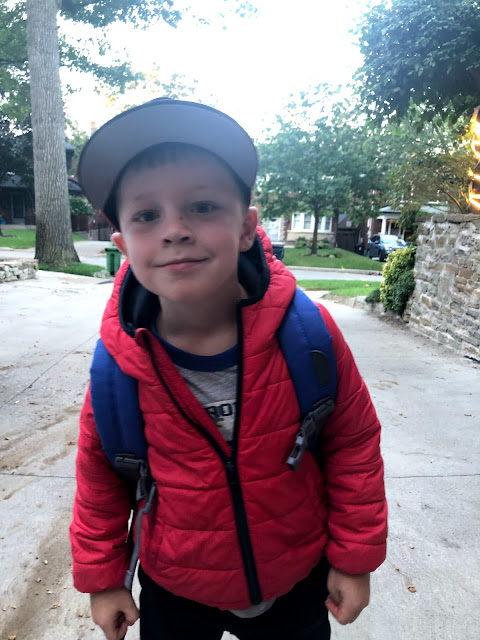 1. Q started French Immersion this year but he thinks he's learning Spanish.  If he hears something in French he will say "That's Spanish" and I try to correct him that it's French but he insists it's Spanish.
2. Sometimes after we read him a story at bedtime he wants to keep playing with his toys for a few minutes. So I will leave him with the light on and then he turns out his light himself after a bit so I feel like I can trust to him not to stay up too late.
3. Q is good at getting his own breakfast including pouring the milk for his cereal from the 2L carton (to be honest, I barely trust E to pour milk).  The other day he had everything ready and then was looking the fridge and said "is there any melon left?".  There wasn't but glad he was trying for a full breakfast.
E 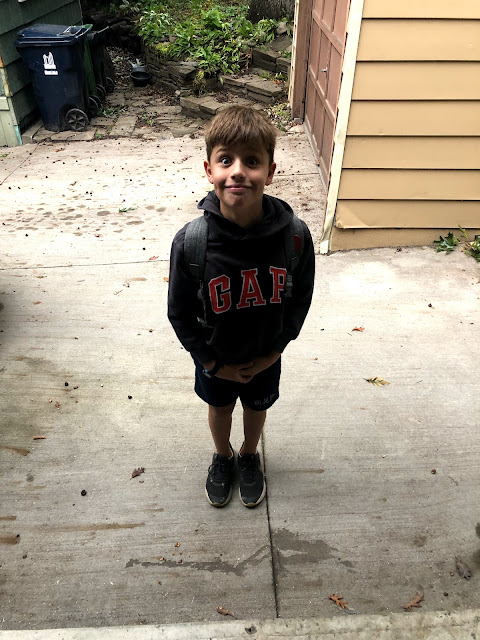 1. E is walking to and from school now.  Sometimes alone, sometimes with friends.  I was never concerned with safety or getting lost but I thought he would dawdle on the way and not make it in time for the school bell.  But we got him a watch and that has worked well.  I like that he has some independence, more physical activity, and the opportunity to socialize with different kids.
2. Since he has extra time each day (instead of being at the YMCA before and after school) then he has time to read (he's reading Harry Potter now) and practice his piano.
3. All Toronto Grade 5 students were given their own Chrome Book laptop this year.  They get to use it in the classroom sometimes and then use it at home for homework.
Dave 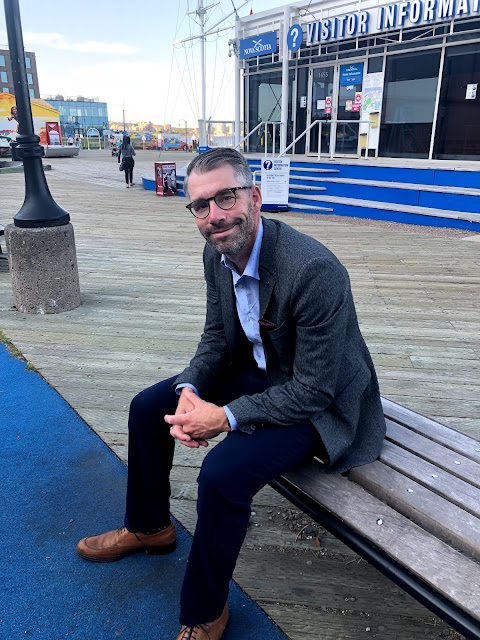 1. Dave had a successful year at work, his first year as a manager of a sales team.  Their year end was September 30 so although there was no in-person meeting in Florida this time, they did hand out the accolades on Teams/Zoom last week.
2. When the extension on our house was completed the people who did it didn't bother to paint some of the outside woodwork around the windows.  That meant it was rotting away.  A couple of weeks ago, Dave ripped off the rotted wood and replaced it.  It looks so much better.
(he also had some helpers! - not to worry, this part of the roof is only one storey up, not that steep, and Q was well supervised.) 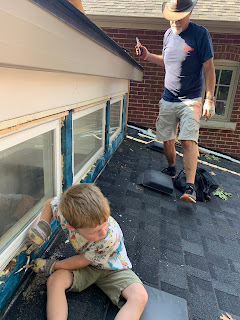 3.  He is getting some fall golf in.  He bought some waterproof gloves and a new jacket.  We have had warm temperatures so far but it looks like it's getting cooler this week.  Hopefully he can get a few more rounds in before the snow flies and the course is closed.
Me 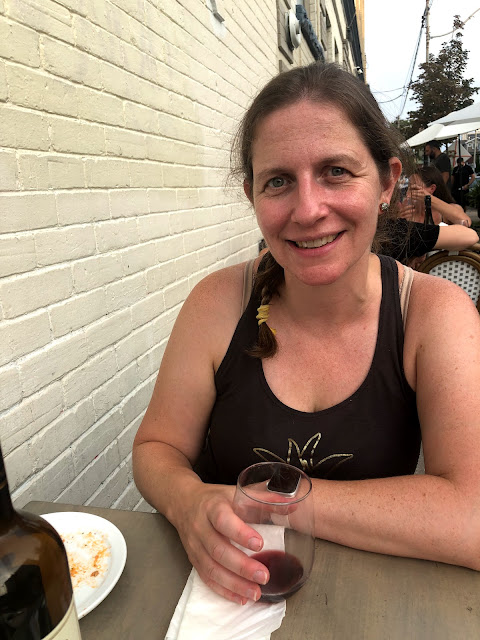 1. I am trying out new classes on Peloton (barre and pilates) and I want to try a bootcamp next.
2. I finally opened my bottle of Veuve Cliquot that I got for my birthday.  It was so delicious, what a nice treat! 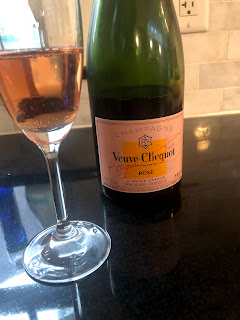 3. I have a work trip to Timmins booked for the first week of November. At first I was sort of like, "oh great, a work trip, not fun", and then I remembered it means a hotel room all to myself! Not that I don't love my family but it will be nice to be actually by myself for the first time since January 2020 (which incidentally was my last trip to Timmins). Whee!
Posted by TorontoSAM at 6:00 AM