Just a couple of books to write about this month.

The first one is just a fun one from David Sedaris, Let's Explore Diabetes with Owls.

I picked this up just by browsing at the library.  I am a fan of David Sedaris having heard him on the This American Life podcast and later on Armchair Expert.  David's humour is my type of humour, sarcastic, self-deprecating, and dry.  This book, like his others, is a collection of essays, mostly about situations he's come across in his own life, with a couple of fictional short stories included. He had me chuckling out loud on the subway.  I'll likely pick up more of his books if I see them at the library.
This next book was on my reading list for the year - No One is Talking About This by Patricia Lockwood. 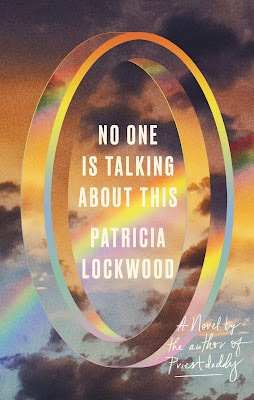 This was a very interesting book, I had chosen it because it had been on many "best of" lists.   The style of the book is quick short takes, which I realize now is supposed to mirror Twitter and how we are living our lives online where everything is presented in short quips, one after the other, and never ending.  I am definitely on Twitter and Instagram a lot, more than other people I know, but I don't post much myself so I'm not caught up having to reply to people.  If someone isn't online that much, then they might not get the references being made.  The book is sort of like two books, the first about the main character talking about going viral and travelling around to speak to people after becoming sort of Twitter-famous.  The book refers to Twitter as "the Portal" but that's what it is.  The second half of the book follows an urgent text from her mom telling her to come home.  I don't want to give anything away, but it turns out to be a timely topic to be reading about.
If you've read this book, I'd be interested in hearing what you have to say about it.  I can't really say if I liked the book or not, I feel like I need to discuss it so I can sort it out.