Last week I wrote about what a typical day looks like.  On Monday I documented our day to give you an example.

We woke up around 6:30 and could hear Q calling out that he was awake. I got dressed and him half dressed and we went downstairs.  He wanted to watch a show.  Typically we do not watch TV in the morning during the school year but we are a little more relaxed with that rule in the summer.  So I put on a show and handed him a mini-pita while I got breakfast and E's lunch ready. 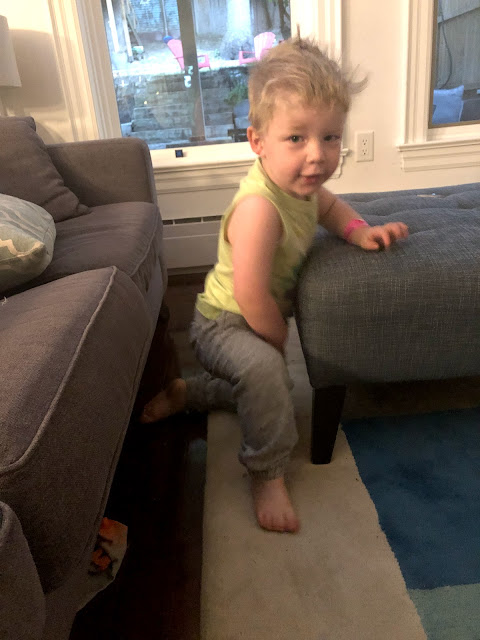 E's lunch is packed - leftover pizza, plum, cherries, pretzels, and a fig bar.  He didn't need the plum and fig bar and they came home at the end of the day. 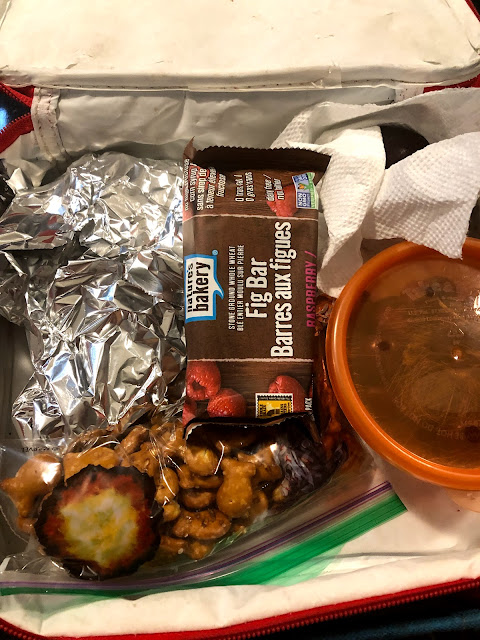 First breakfast for me - yoghurt with strawberries, almonds, hemp hearts, and cacao nibs. 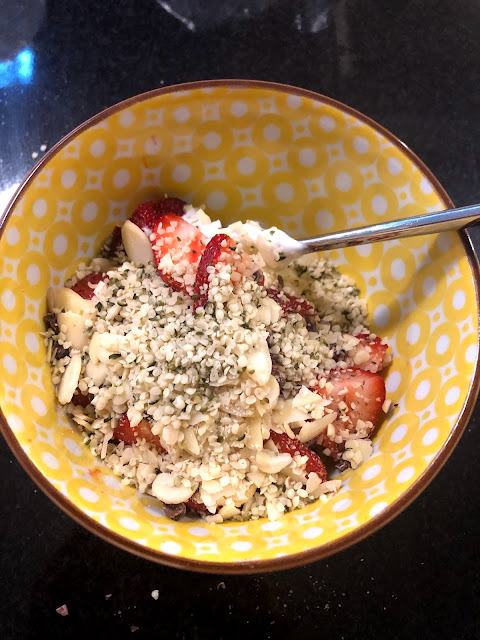 Dave had an early meeting so that meant I would be taking the kids to school/camp.  Since I had extra time, I made the mango/apple chutney for our supper. 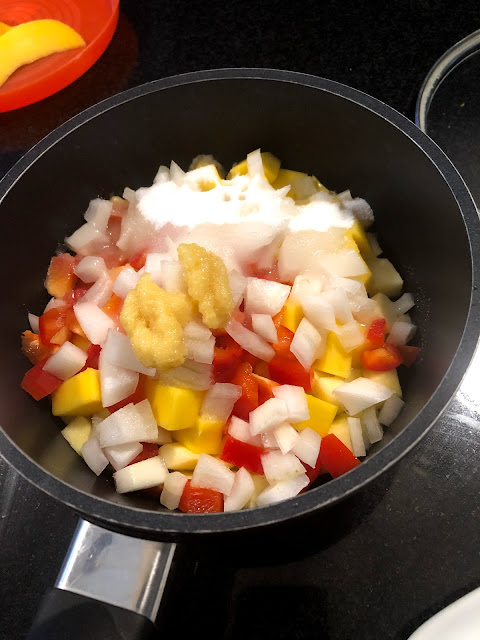 Around 8:15 we left the house to drop Q at school.  He is usually pretty excited to be there.  On this day we could not find his indoor shoes so there was a bit of confusion but he just kept his outdoor shoes on for awhile.  Lots of hugs and kisses before leaving him. 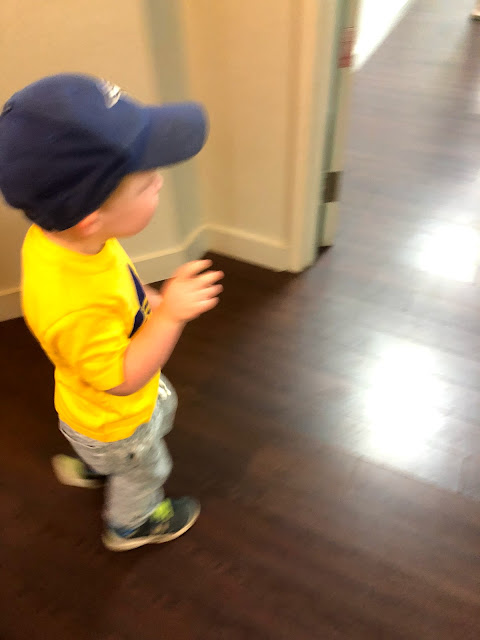 We dropped the car off at home and then E and I climbed our bikes to head to his camp. 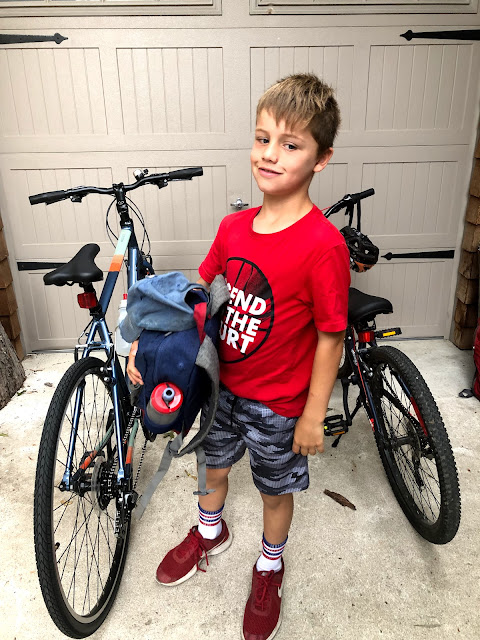 This week it is a Jack of Sports Rock Climbing camp. 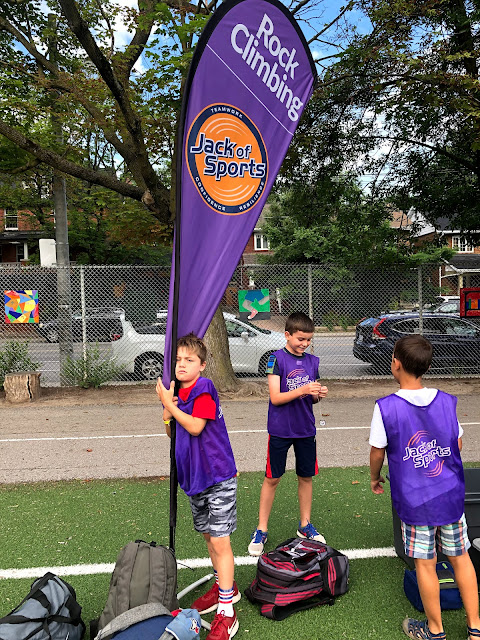 We locked up his bike, I signed him in, and then I headed to work on my bike.  It was a very pleasant ride, the humidity from the weekend was gone.  After I locked up my bike, I realized I needed something more to eat, so for second breakfast I got a Beyond Sausage breakfast sandwich and coffee from Tim's. 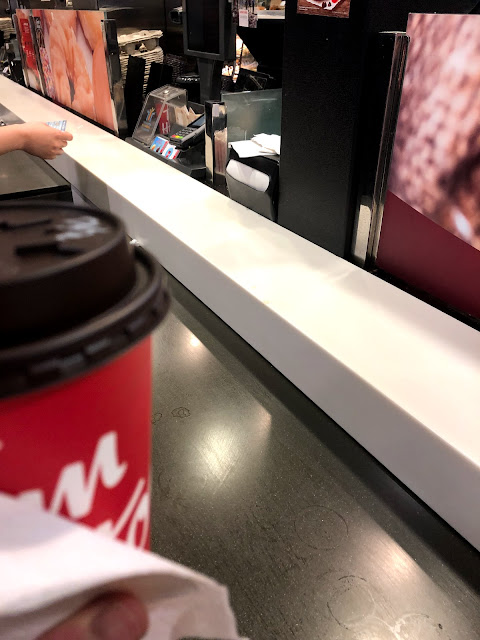 I got settled at my desk and then joined a call with a colleague in his office. 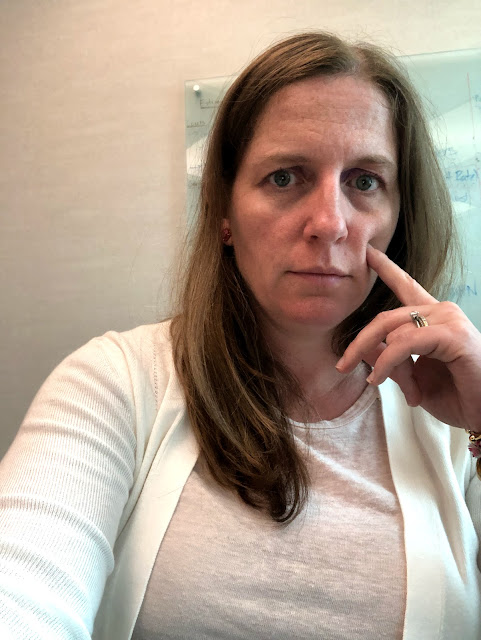 I had no idea what I wanted for lunch, so I took a walk over to Union Station. 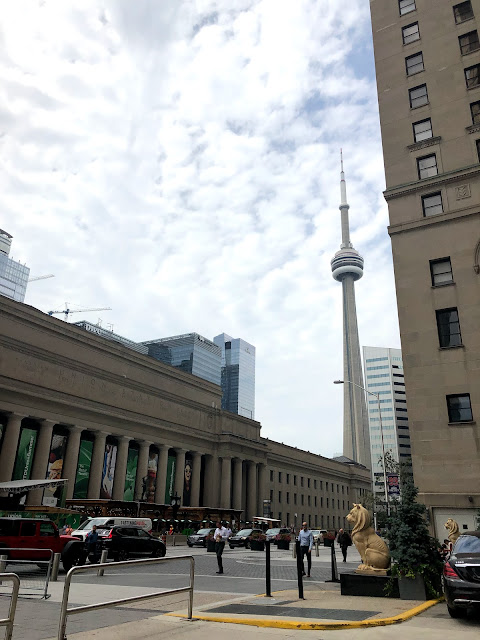 I actually by-passed the outdoor market (for once!) and decided to try the Thai noodle place in the food court.   I wasn't overly impressed with my choice so I don't think I'll go there again.  I took my noodles back to my office and watched a bit of Queer Eye on my phone. 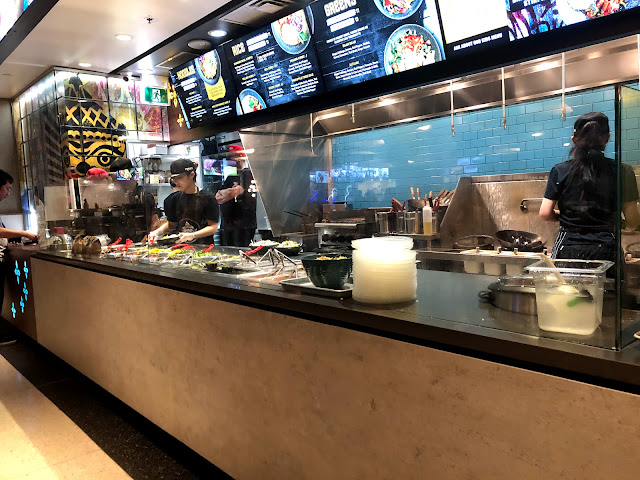 In the afternoon I worked on a variety of projects and then had some cherries and my own creation of an iced americano. 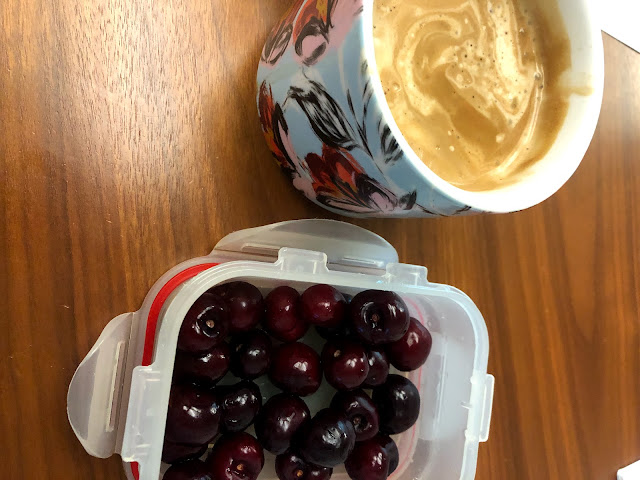 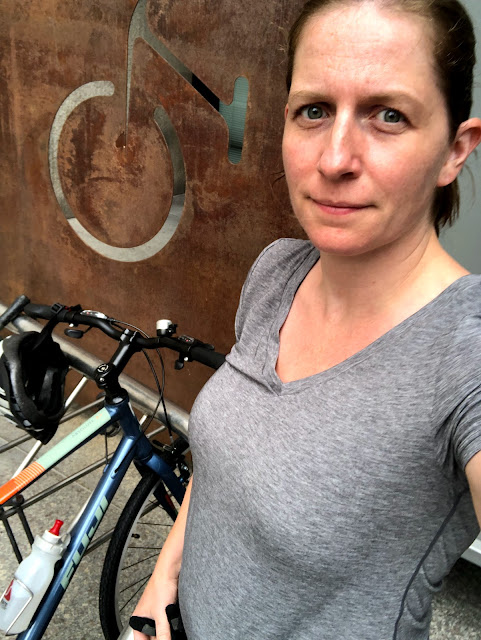 We had red lentil curry for supper, with pearl couscous because we were out of rice, and the chutney I had made earlier that day.  Q's face in this photo is him saying "I don't want that, I want a sandwich", and that's Dave getting up to go make him one, which is kind of him. 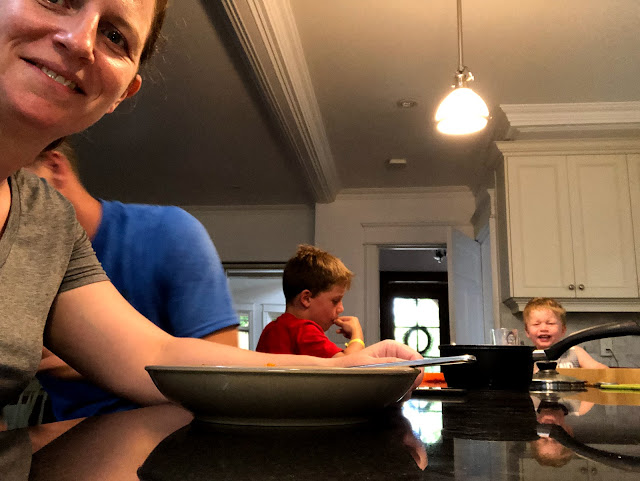 After we ate we got on our bikes to go to E's t-ball practice. 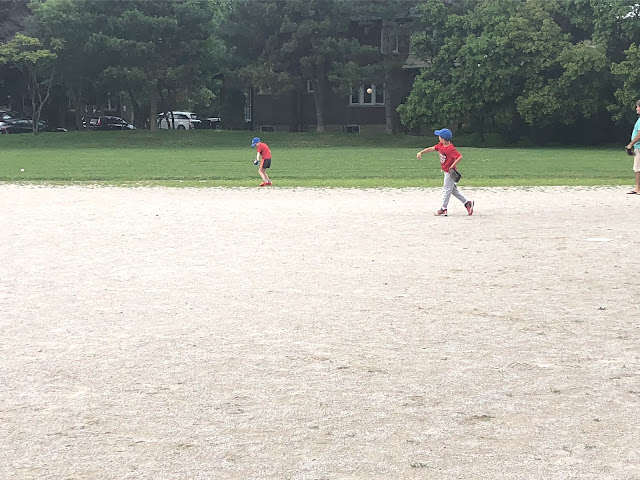 The practice is long (1.5 hours) but we usually all go since it is good for Q to be outside playing rather than just being at home.  (and just to keep it real, this picture was taken shortly before I helped him go #2 in the woods, potty training is always glamorous). 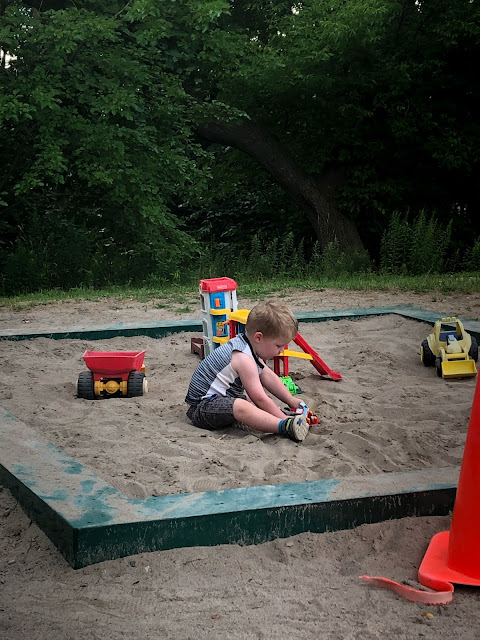 It started to rain just as the practice was winding up.  We biked home, got the kids in bed, early for once, and finished tidying up the kitchen.  I usually go to Pilates on Monday night but decided to stay home.  I folded my laundry and the towels while we watched Big Little Lies (S2,E2) and an episode each of The Office (group weight loss)and Seinfeld (parking garage). 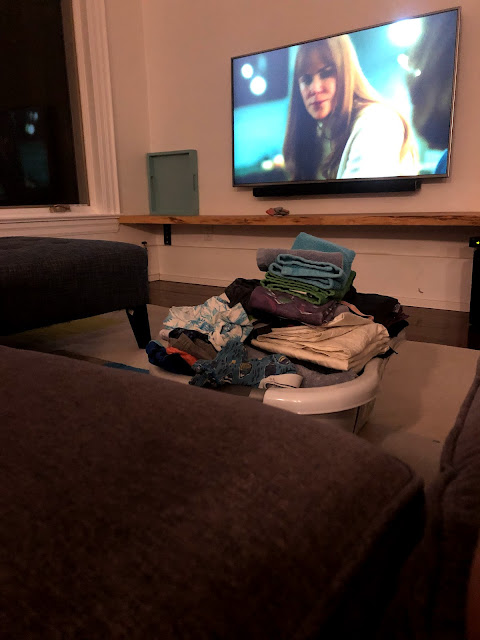 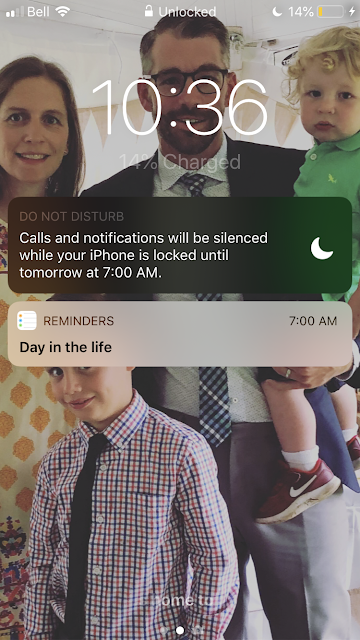