E had his first week of summer camp and he attended a Challenger Sports Soccer Camp at Rennie Park.  Most of the coaches were from away - Ireland, Scotland, and England - which was pretty neat.  E liked how they used different word for things like football and sunblock.  They literally played soccer all day (drills and scrimmages) and E loved it. 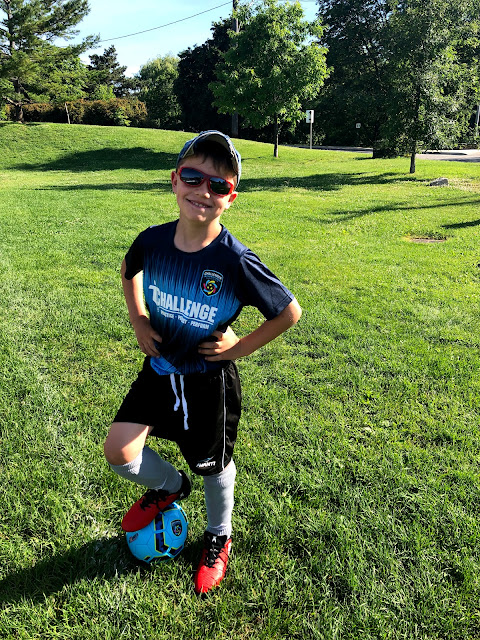 For his last day he needed to make a flag for his team and it needed to be "the biggest one ever", so we made this one the same size as the table. 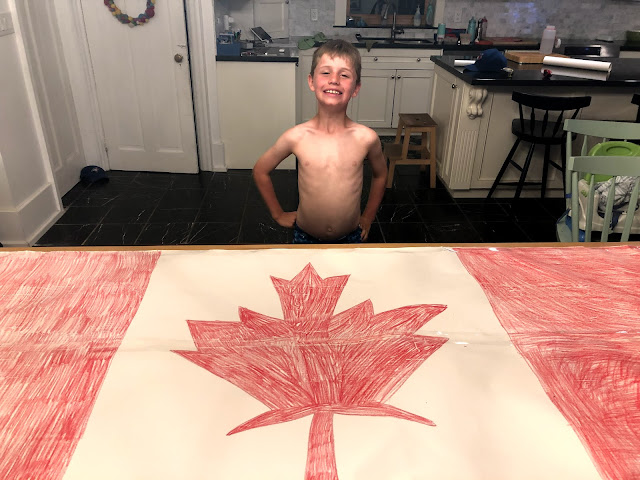 We went to watch E's t-ball game this week but Q preferred going over to the splash pad instead.  He had a great time!  And it was much cooler than being at the ball diamond. 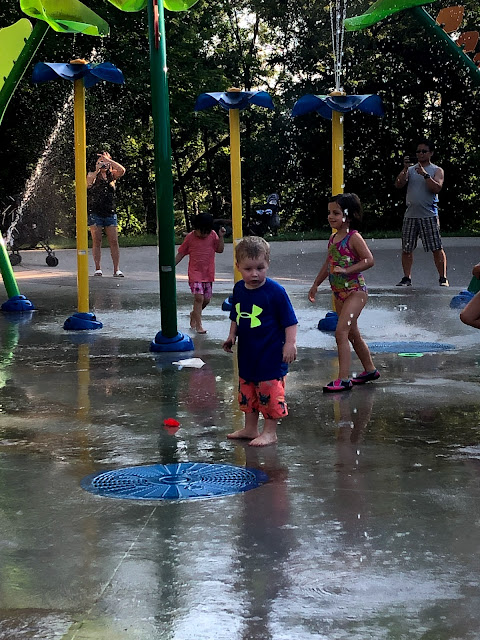 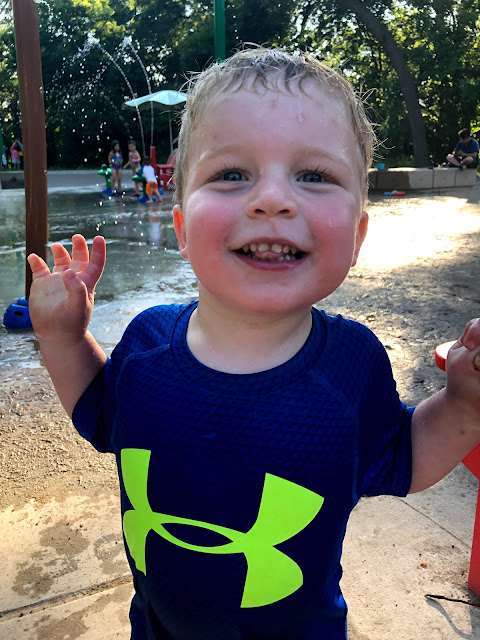 I am a fan of the Canadian Curriculum books and I picked up a Grade 3 level one at Costco for E to work on during the summer.  This week he started with a math page and cursive writing. He loves doing the cursive writing, I don't know why but I'll take it!  It is hard to fit this in at the end of a long hot day (see above) but we will do what we can, when we can. 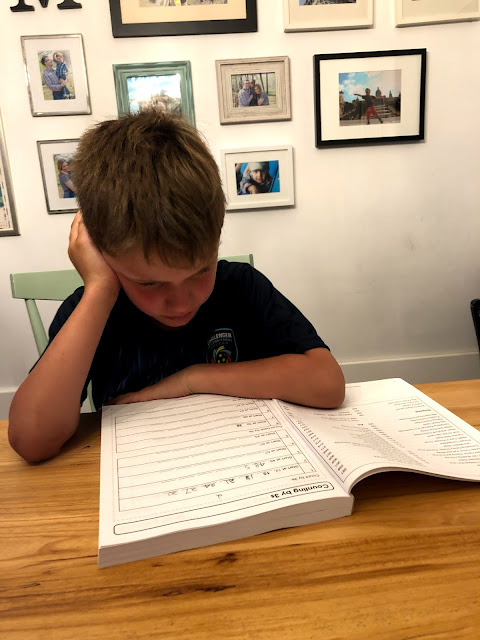 Everyone is on #kawhiwatch here in Toronto (and beyond) to see if Kawhi Leonard will re-sign with the Raptors for next year.  On Wednesday people were gathered outside the Hazelton Hotel where Masai Ujiri and Bobby Webster had been spotted (President and GM of the Raptors, respectively).  Then when the MLSE plane landed at the airport, helicopters hovered overhead filming the passengers getting off and then followed them in the SUVs through town to Yorkville (where the Hazelton Hotel is located).  It was slightly ridiculous, and even got OJ Simpson trending on Twitter for the comparisons.
So why we are so obsessed with Kawhi to this extreme?  Do we want him to stay so much only because we want a chance to win another championship or is it more than that? Because it seems like more than that.  So my hot take on this whole thing is this - Canadians typically have this obsession with wanting people to like us, particularly Americans.  I know this because I am obsessed with this too.  So part of wanting Kawhi to stay is so we know that he really likes us and that he'd rather be in Canada than his own hometown of Los Angeles.  If he picks Toronto, it will likely be because he thinks he can win again with this team and that the way the talent is spread throughout the league now, that there is little in his way to stop him from getting there.  He's not just staying here because he likes that Toronto is multicultural and that the fans are nice.  And if he decides to leave, we don't need to get our feelings hurt (at least not for too long). 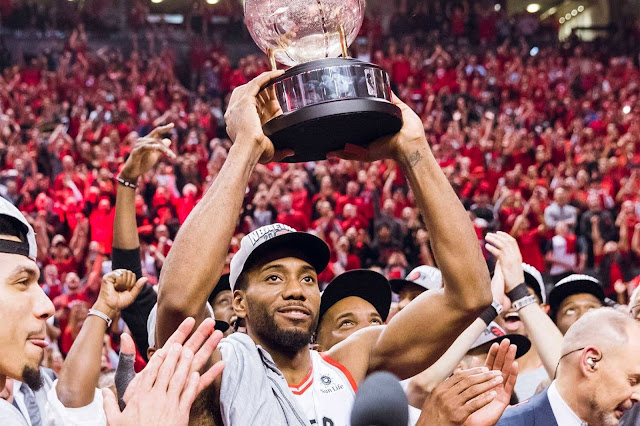