Happy Friday Everyone!  This week seemed long to me, anyone else?
Our church is not meeting in person since our current lockdown in Toronto began a couple of weeks ago (and even before that we weren't attending in person) so the annual children's pageant will be virtual this year.  Everyone who was interested in participating was assigned a part, we picked up the costumes in the parking lot, and then we all filmed the parts.  Now someone else will edit it together.   I am excited to see how it turns out.
E reads the prophecy, and Q brings him the big book (It's my Black's Law Dictionary). 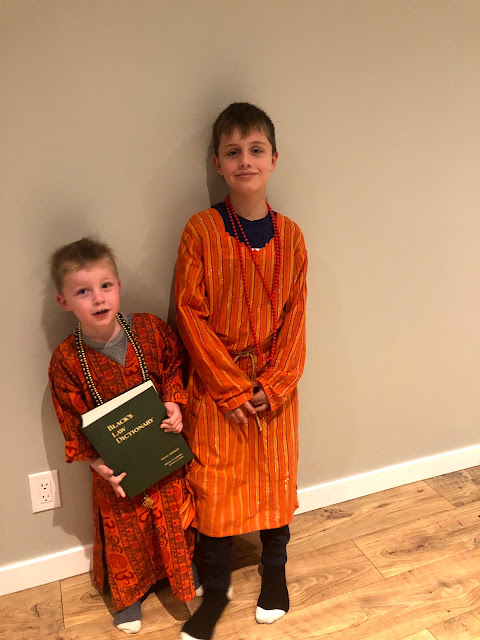 This is Q's most successful pageant (except for the year he played Jesus, 2016). Three years ago he refused to put on the costume at all, two years ago he put it on for the practice but then took it off and didn't participate at all, and last year he wore the costume but sat on the side with me.  Maybe next year we'll be back in church and we'll see him on stage in the costume. 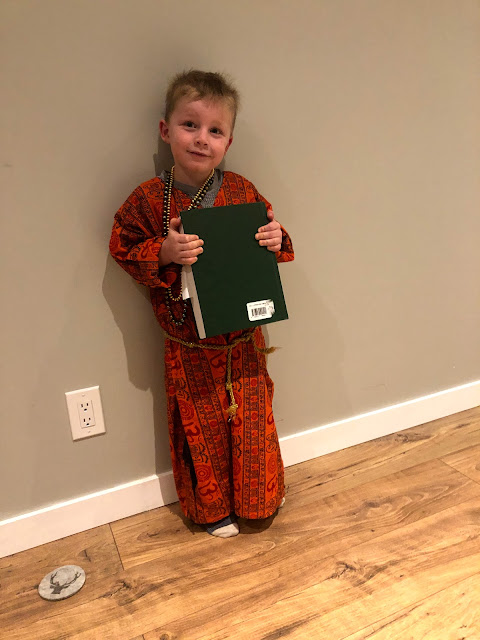 The kids started making cards for their teachers this week.  I thought we only needed one teacher card and two YMCA teacher cards, but then I was reminded of the music, gym, and drama/dance teachers. Q got all of his done but E has a bit of work to do. There is lots of time though.  Also, can I get your thoughts on teacher gifts?  I was going to email the teachers a Starbucks gift card.  I thought that was the safest choice since although a liquor store card would be appreciated by some, I didn't want to make any assumptions that people drink alcohol. 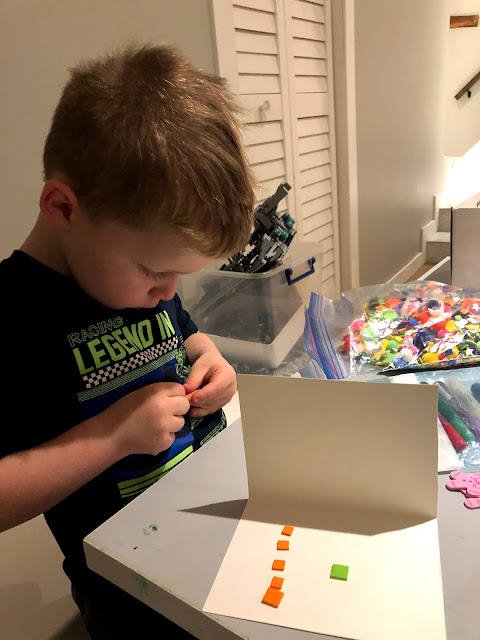 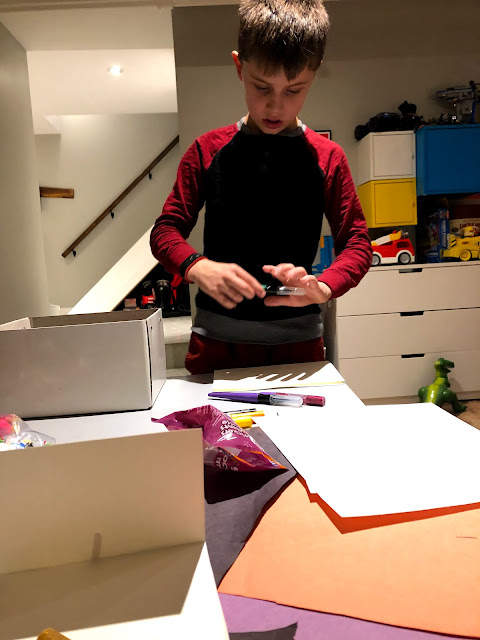 We had Taco Tuesday this week which we do often but something about this week was particularly good.  I did stop in at Mad Mexican to pick up guacamole and chips while E was at piano, and it put us over the top :) 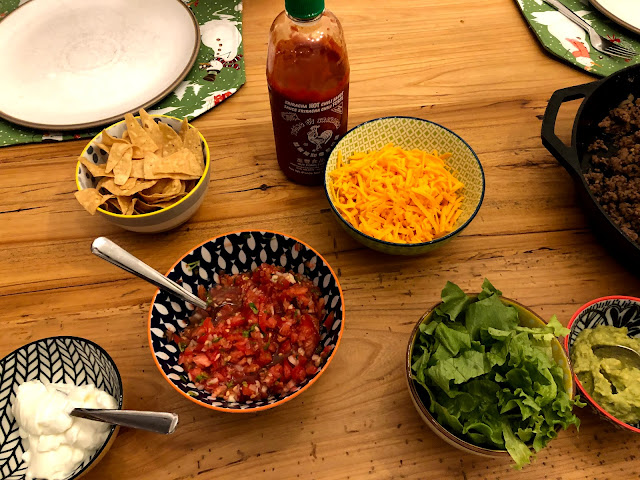 I had a gift card from The Bay (I got it in February as a way to use some Aeroplan Points) and may plan had been to buy new towels but I hadn't used it yet.  I thought I should use it soon since I'm not sure if the Bay will actually make it.  I couldn't figure out what to order but finally settled on some Bumble and Bumble hair stuff and this product from Keihls.  I'm not wearing much any make-up these days but I thought this would be a good alternative. 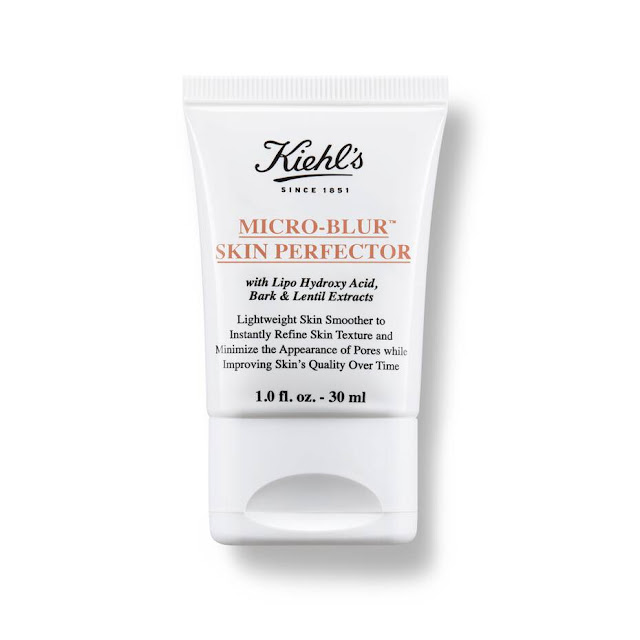 Last week Jamie Oliver posted about a new Christmas albumhe was listening to by Jamie Cullum, and me, being one to do most of what Jamie Oliver tells me to, I added the album to my Christmas playlist on Spotify.  It's jazzy, a little different, and very good.  My favourite one is the title track, The Pianoman at Christmas. 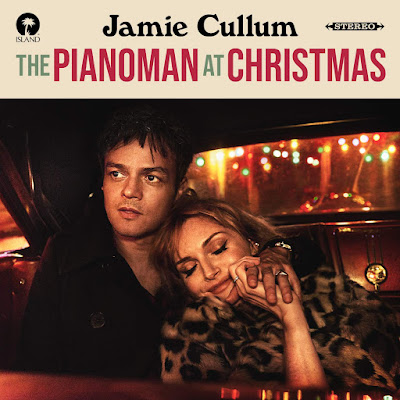 I worked out on Wednesday morning and Q joined me. He went from snuggling under a blanket, to doing jumping jacks and a few other exercises.  Those kids, they are always watching. 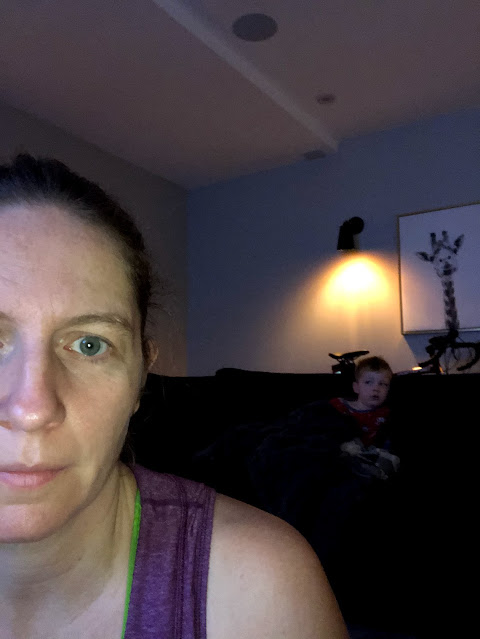 Photos of the sky rarely turn out but these ones did a pretty good job of capturing the beautiful sky on Thursday night.  If you were in Toronto, did you see it? 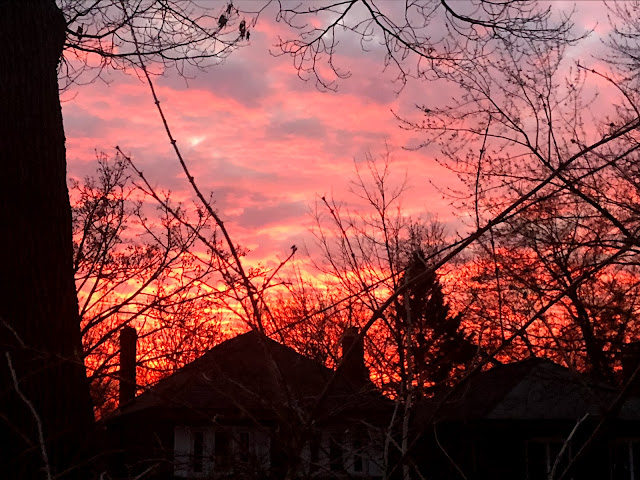 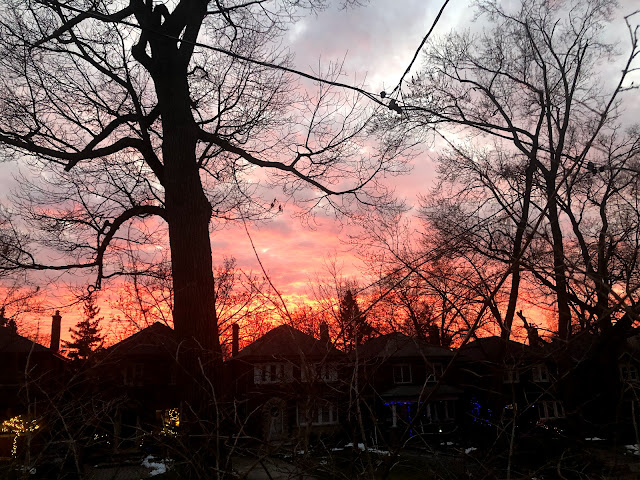 This would be our normal weekend for our Christmas party, but of course not this year.  So instead come on in via yesterday's post to see our decorations.  I wish we could welcome you in person! Here is a link to some food we usually make for the party. 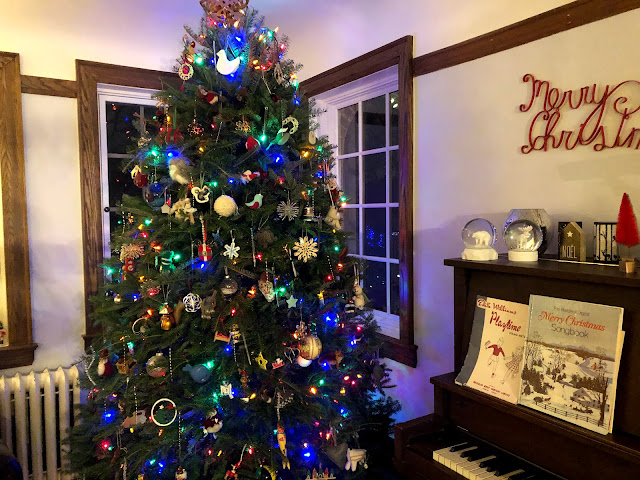