Just two books to write about this time:

The first one I read was When the Moon is Low by Nadia Hashimi. 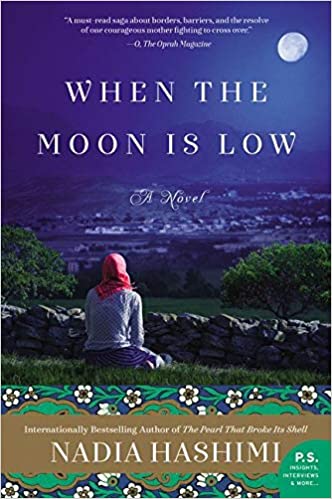 This was a book a friend had given to me last year and it sat on my shelf until now.  This book is about an Afghan woman who decides to flee Afghanistan with her three children.  It starts when she is a young girl before the Taliban came, and then takes us through to her marriage when things get very oppressive.  That is when she decides they need to leave.  The book is from her point of view and then later her son's point of view as they try to make it England where other family lives.

There are several passages that are just beautiful.  I read The Kite Runner years ago and I loved reading about the landscape and beauty of Afghanistan when all I knew of it was post-9/11 when Canadian troops (among others) were sent to fight there.  My only images of Afghanistan had been as a war zone, dry, dusty, and primitive. By reading that book I learned a bit of history, and rather than seeing Afghans as strangers, I understood they were just like me in many ways.  I haven't read many Afghan books since then so I was happy to pick up this one.

It reminded me a bit of American Dirt as the theme is the same - mother takes her children to seek refuge in a safe country.  Unlike the issues people had with American Dirt, written by a white woman rather than a Mexican woman, this is written by an Afghan woman, although she is American and I don't believe made this same journey, she would have a more appropriate perspective of those who have.

I thought of the characters in this book this week when the police in Toronto were clearing out the encampment in Trinity Bellwoods.  I wondered how people had ended up in that situation and why they don't have any other options.  We have refugees here too and others who need to leave their Canadian homes for other reasons.  There are several times in the book when the family is living on the street or unsafe hotel. Their needs were so basic and they did what they could do to survive.

The second book of this month was Cancel the Wedding by Carolyn T. Dingman. 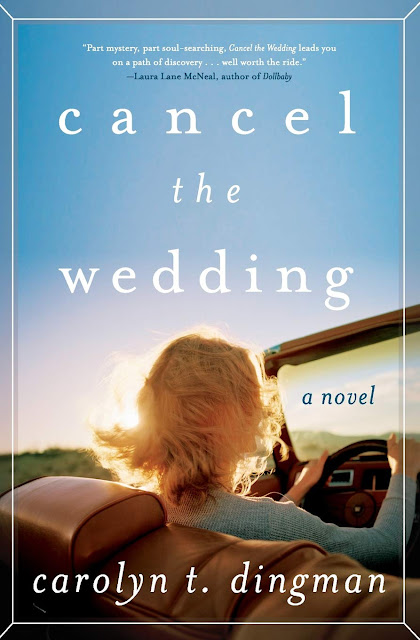 This has been on list forever so I finally added it to my 2021 reading list to make sure I read it.  This was exactly the type of book I needed to read after the one above.  It was a simple read, but also engaging with a neat story.  The main character takes her mother's ashes to small town Georgia to fulfil her mother's last wishes for scattering them.  Her young niece accompanies her and they end up staying longer than planned.  They start learning about their family history which is more complicated than they thought.  There was a bit of a mystery and it was fun to unravel it all.  The main character, of course, meets an eligible bachelor who makes her question her impending wedding with her fiancé.  The teenage niece also finds a job and friends quite easily.

I've always been partial to books set in the Southern US so the idea of living the simple rural Georgia life seemed appealing.  They stay at an inn, they go to a cafe, visit the lake, etc. it all seems rather lovely.  This was a good summer read.

I'm a quarter way through Maid by Stephanie Land but will have to write about that next month.  Fortunately my reading time will increase as I will start heading back to the office and taking the subway. #doublevaccinated #wearamask