Happy Friday everyone! That was a long week, eh?
Q loves breakfast, and he has been enjoying the Nutella that Santa brought him. 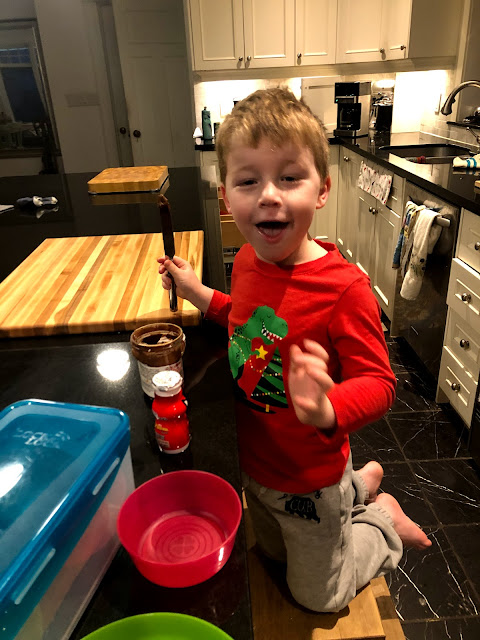 This is the same day, the second outfit is because he spilled his cereal milk on the first one. 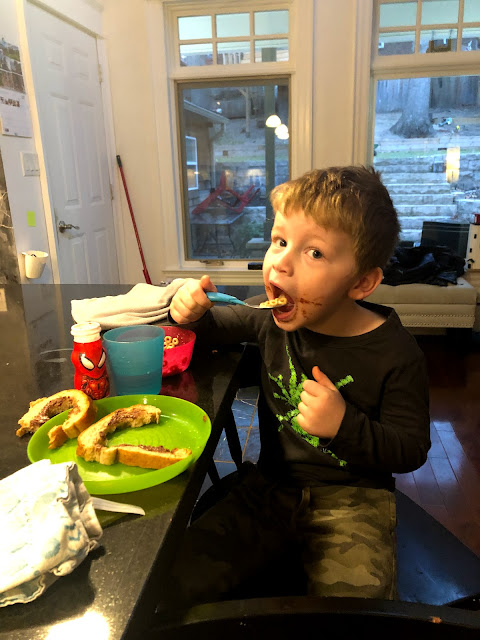 We had a few wins with virtual learning this week, this was one of them.  Q participating in a dance/fitness activity. 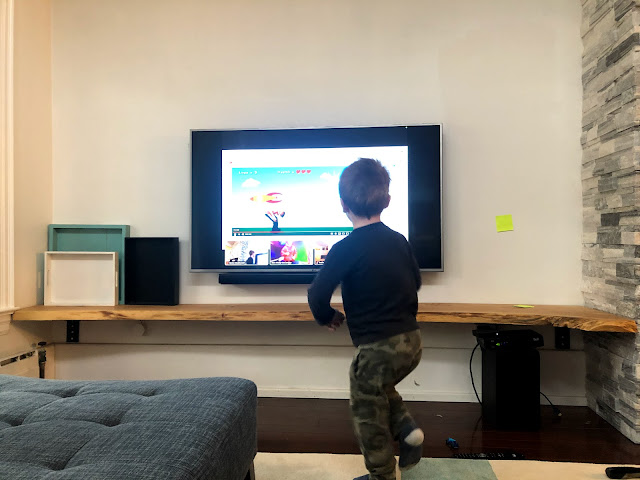 We finished our 3D Hogwarts puzzle this week.  It was fun to put together, E doing most of it. 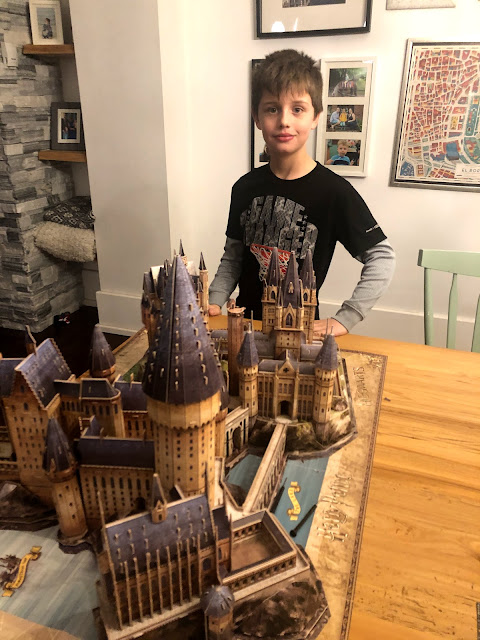 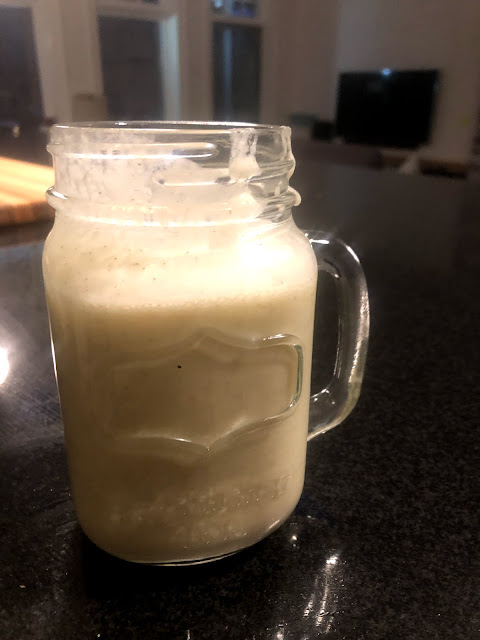 Another snapshot of school at home - but this time Q insisting he sit on my lap and type his name on my computer, and then watching Sesame Street songs on YouTube. 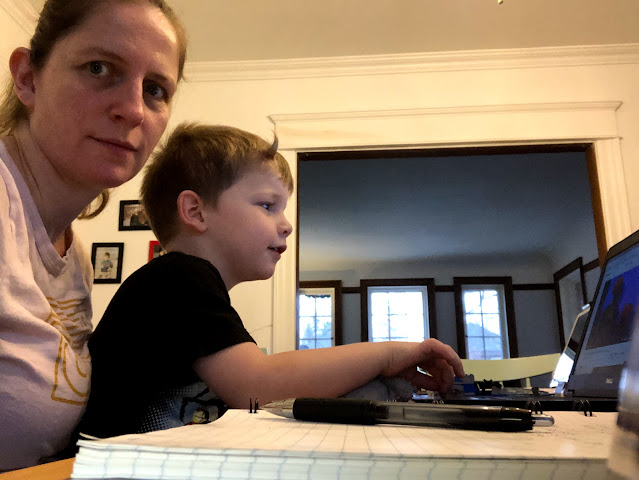 Another win, I drew all of the letters of Q's name out and he cut them all out.  This wasn't exactly what the teacher told them to but he got to practice his cutting and remember the letters in his name. 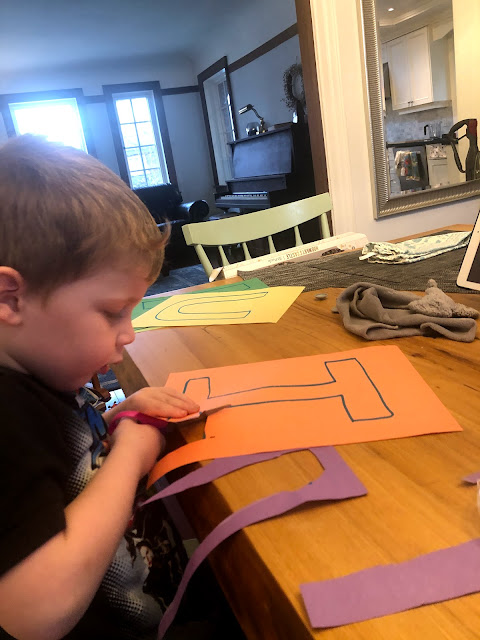 This was Thursday afternoon when he was supposed to find objects longer than a pencil.  It was my idea to use the Dark Sabres and then this turned into a bit of a battle.  We're trying! 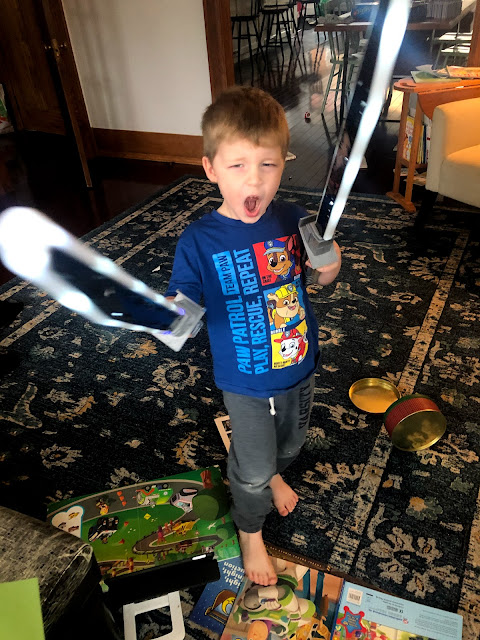 I took this idea from Natasha - family game night. We thought we would try ordering food and doing family game night once every week or two. We ordered from Noodle Me and played Monopoly Deal, Uno, and Super Mario Bros. Monopoly. The first week was a success. 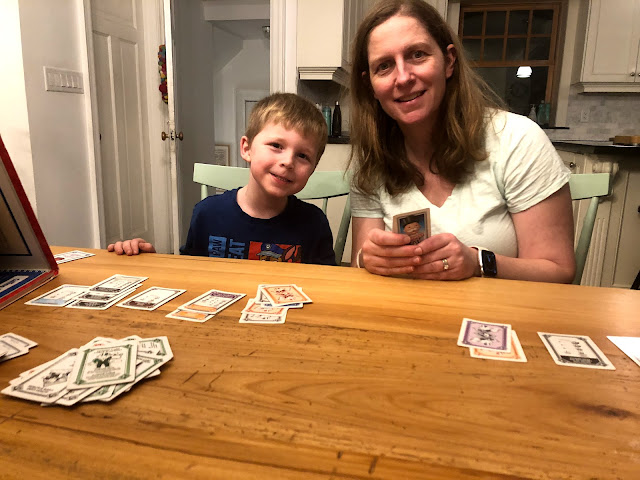 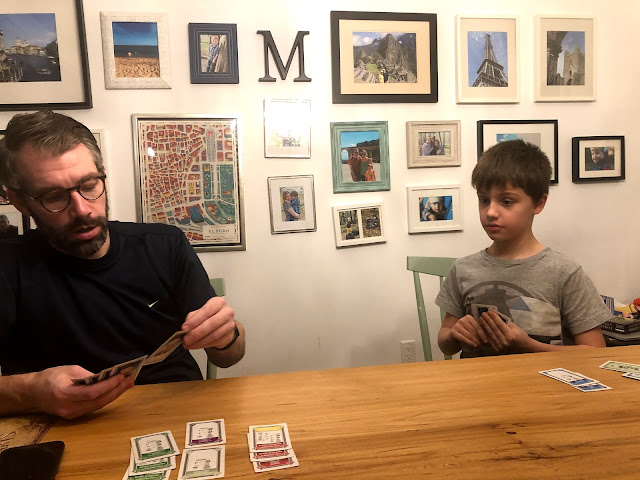 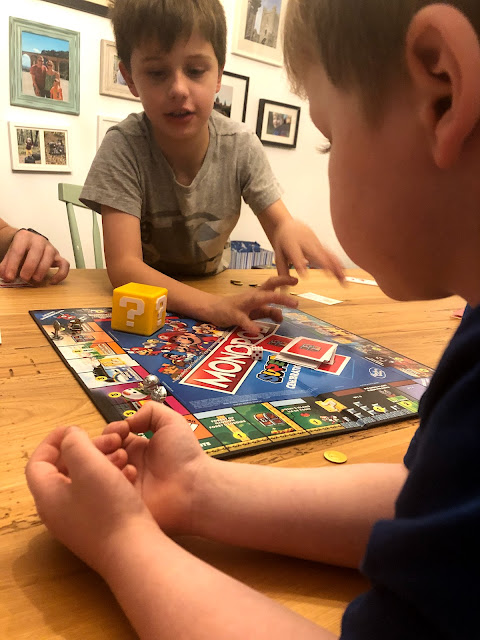 Thanks for checking in with me this week. Take care!
Linking up with Andrea and Erika.
Posted by TorontoSAM at 6:00 AM